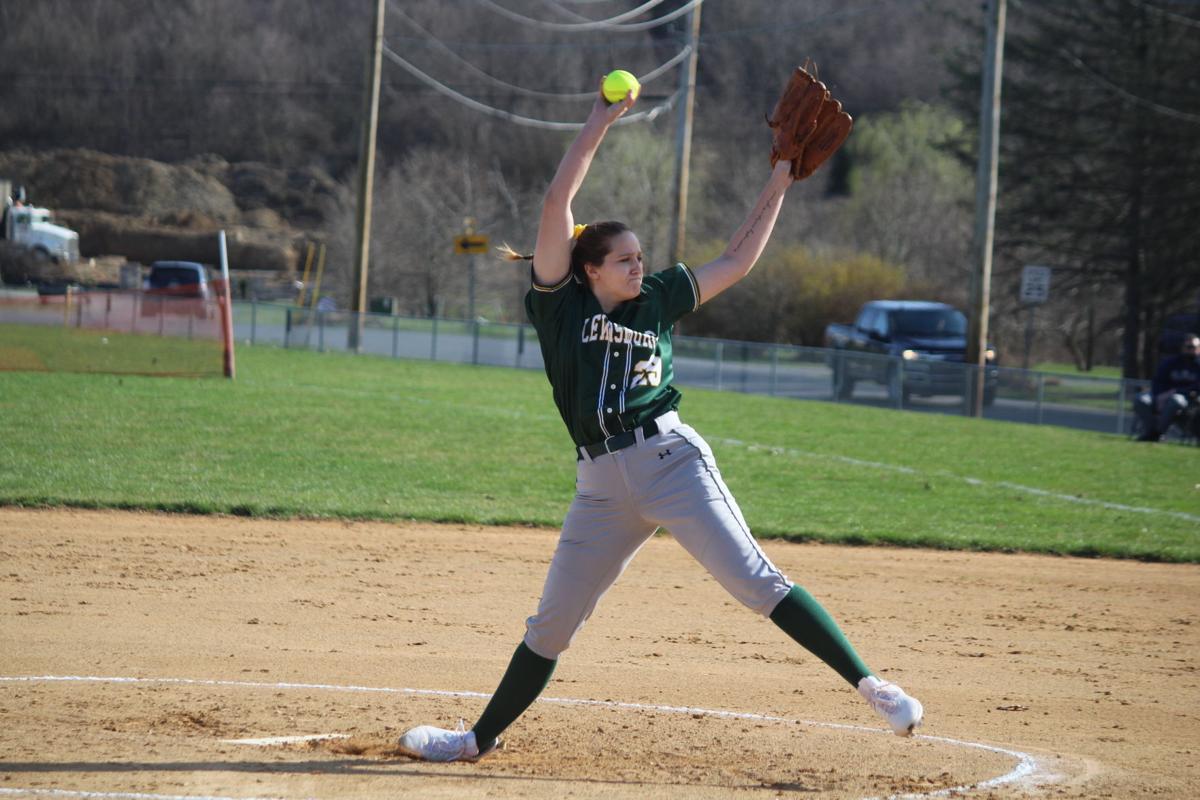 Lewisburg’s Lexi Walters throws a pitch during Tuesday’s home game against Montoursville. Walters went the distance in a 10-0 five-inning victory. 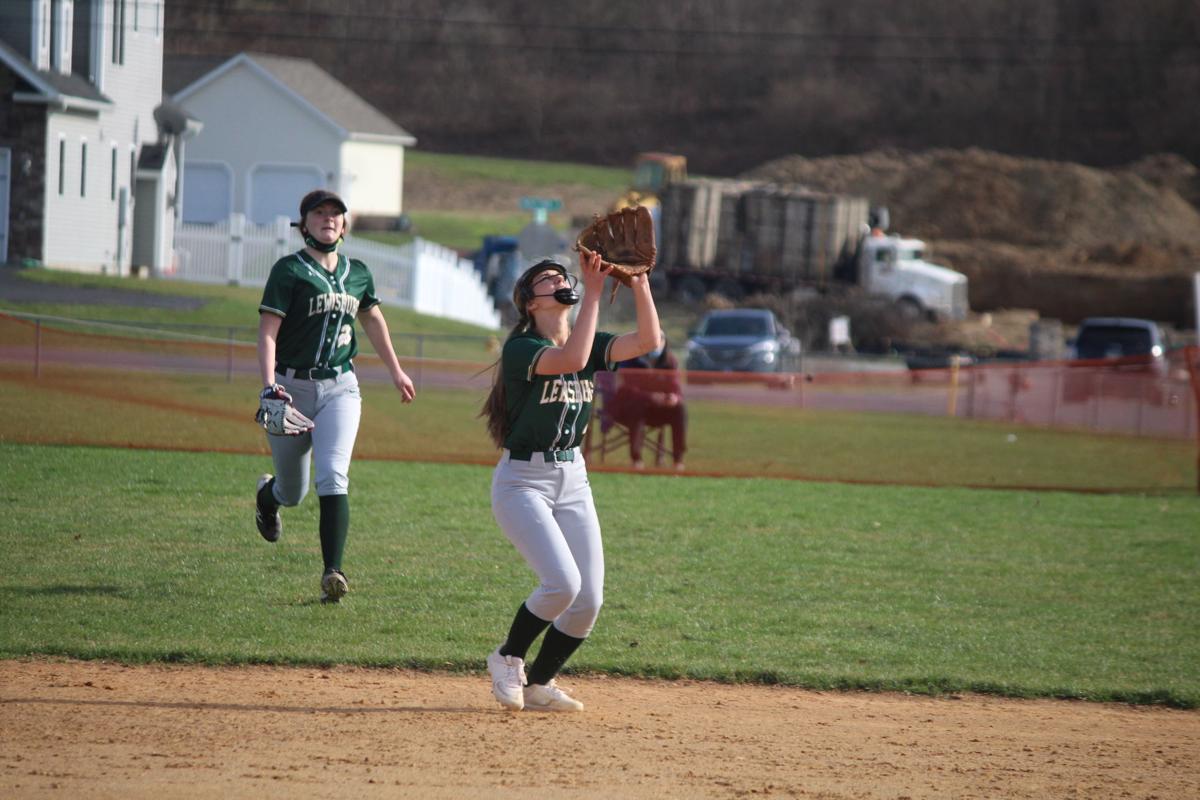 Lewisburg second baseman Carly Wagner settles under a pop-up in the third inning to help the Green Dragons shut out Montoursville in the HAC-II contest on Tuesday. 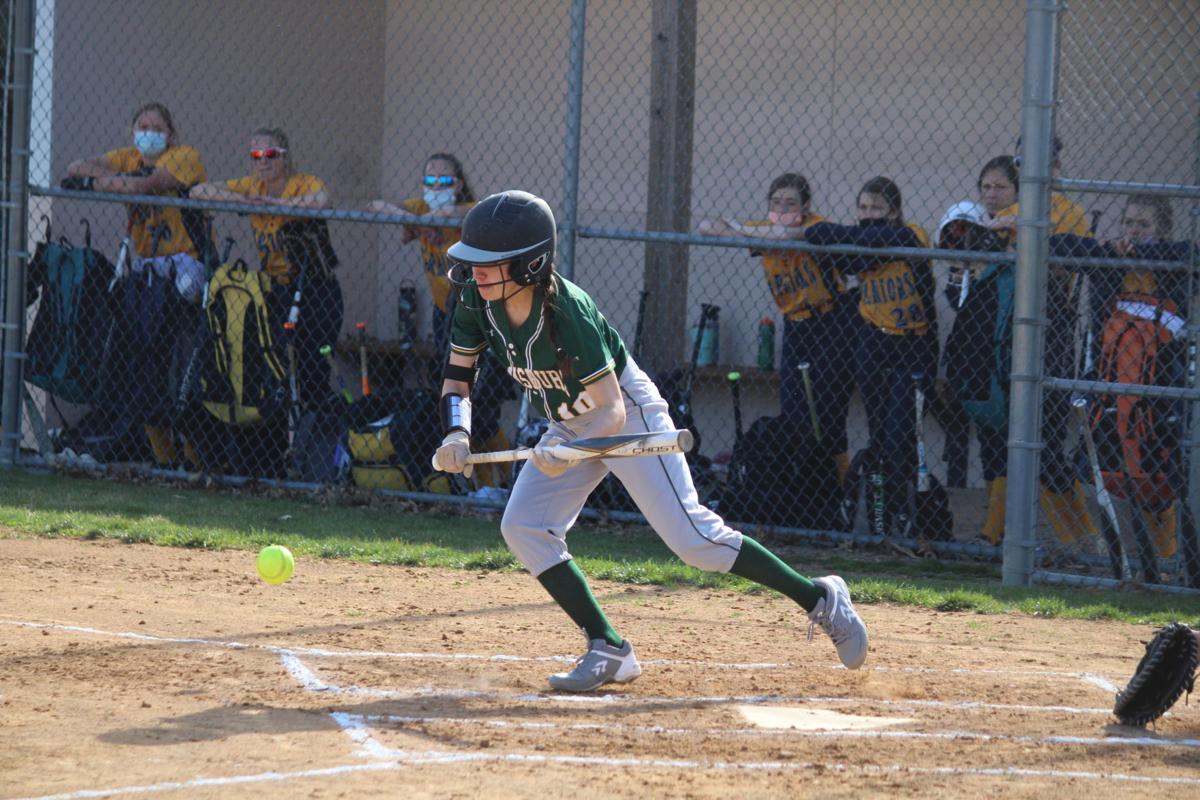 Lewisburg’s Erin Field lays down a sacrifice bunt in the first inning to help set up the Green Dragons’ first run of the game in a 10-0 win over Montoursville. 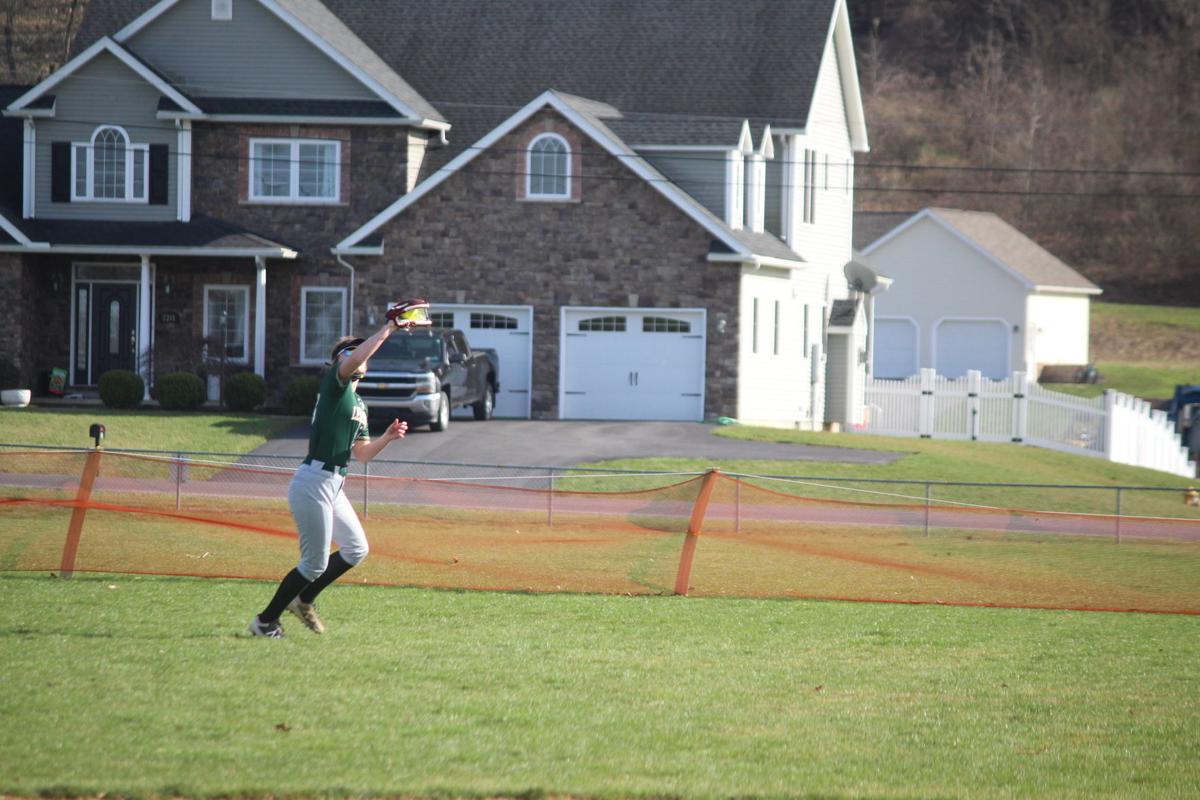 Lewisburg’s Lexi Walters throws a pitch during Tuesday’s home game against Montoursville. Walters went the distance in a 10-0 five-inning victory.

Lewisburg second baseman Carly Wagner settles under a pop-up in the third inning to help the Green Dragons shut out Montoursville in the HAC-II contest on Tuesday.

Lewisburg’s Erin Field lays down a sacrifice bunt in the first inning to help set up the Green Dragons’ first run of the game in a 10-0 win over Montoursville.

LEWISBURG — Three days after losing by 10 runs to Danville, Lewisburg’s offense bounced back in a big way against Montoursville on Tuesday.

Lexi Walters threw a complete-game two-hitter and also hit a solo home run as the Green Dragons took a 10-0, five-inning victory over the Warriors at the Pawling Sports Complex.

“That’s sort of what I was expecting (this year), so I’m glad (the game) turned out the way (I expected it to),” said Lewisburg coach Ken Wagner. “I was little worried about (the loss to Danville), because you never know when you get shutdown how the girls are going to react (in the next game), but obviously they came out and we got a couple of key hits in the first and third innings to go up early.

“We kept hanging in there and we kept pounding the ball, and it worked out,” added Lewisburg’s coach.

An RBI single by Brynn Wagner in the first inning and then a two-run double by Wagner in the third staked Lewisburg (1-1, 1-0 HAC-II) out to a 4-0 lead.

Walters, who was already cruising along by that point, gave herself some extra breathing breathing room when she hit a two-out, solo home run in the fifth to push the Green Dragons’ lead to 5-0.

“That felt great. (Montoursville pitcher Mackenzie Weaver) threw it right down the middle of the plate high, and it just felt great coming off the bat,” said Walters, who also finished with eight strikeouts on the day. “It was the only good hit I had all game pretty much. After it came off the bat, I just kind of knew (that it was gone).”

In fact, Lewisburg scored a total of five runs in the fifth — all coming with two outs — and the bottom of the order had a big part in it.

Following Walters’ homer out of the No. 4 hole, Carly Wagner singled, Sydney Bolinsky walked and Gracie Murphy hit an RBI single to right. From there, pinch-hitter Olivia Hockenbrock reached on an infield single and Ryan Brouse was hit by a pitch to load the bases and bring the top of the order back up for the Green Dragons.

Shortstop Rylee Dyroff then wasted little time in ending the game as she jumped on a fastball by Weaver and drove the ball into left field to clear the bases and end the game early.

“That felt good. We just needed a good team win considering our last game. It was a good pick-me-up because we really needed the win,” said Dyroff. “I just knew we needed baserunners — nothing crazy — no doubles. A base hit is a base hit, and a baserunner was all we needed.”

Coach Wagner liked what he saw from the bottom of his order to set up the big fifth inning, and he hopes

“It should give us a lot of confidence (to put together) a good start to the season. It should just carry us on to the next game (home with Lourdes Regional on Saturday), and hopefully we keep cruising (along).”