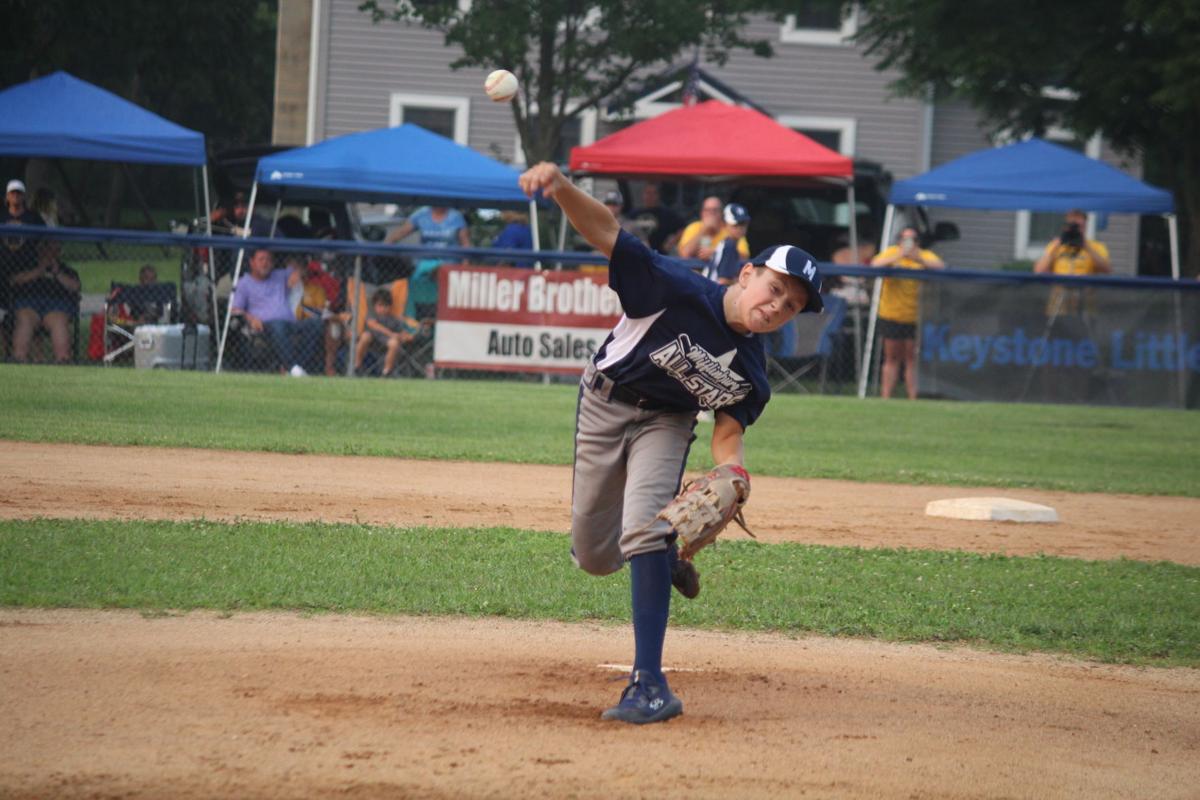 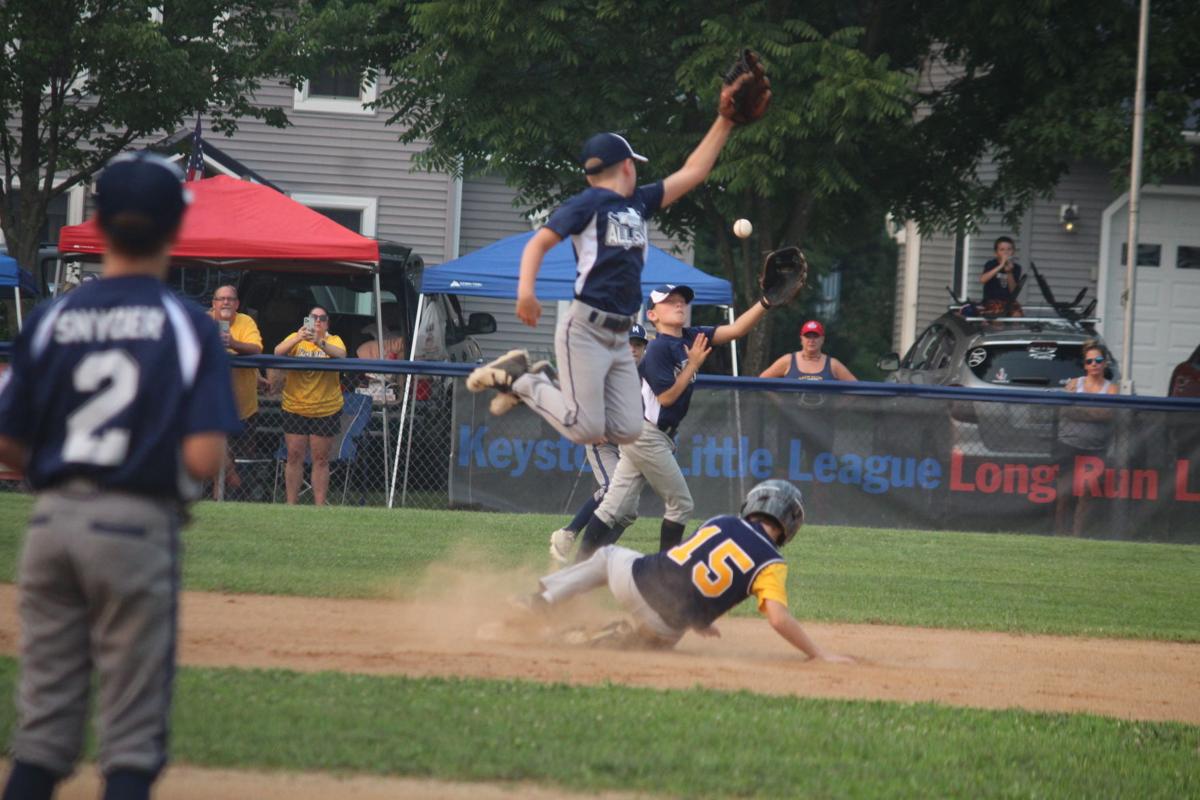 Mifflinburg shorstop Vaughn Yoder (foreground) and second baseman Coy Gemberling (rear) try to corral a throw to second after Upper Dauphin/Millersburg’s Devyn Troutman stole the base in the first inning. 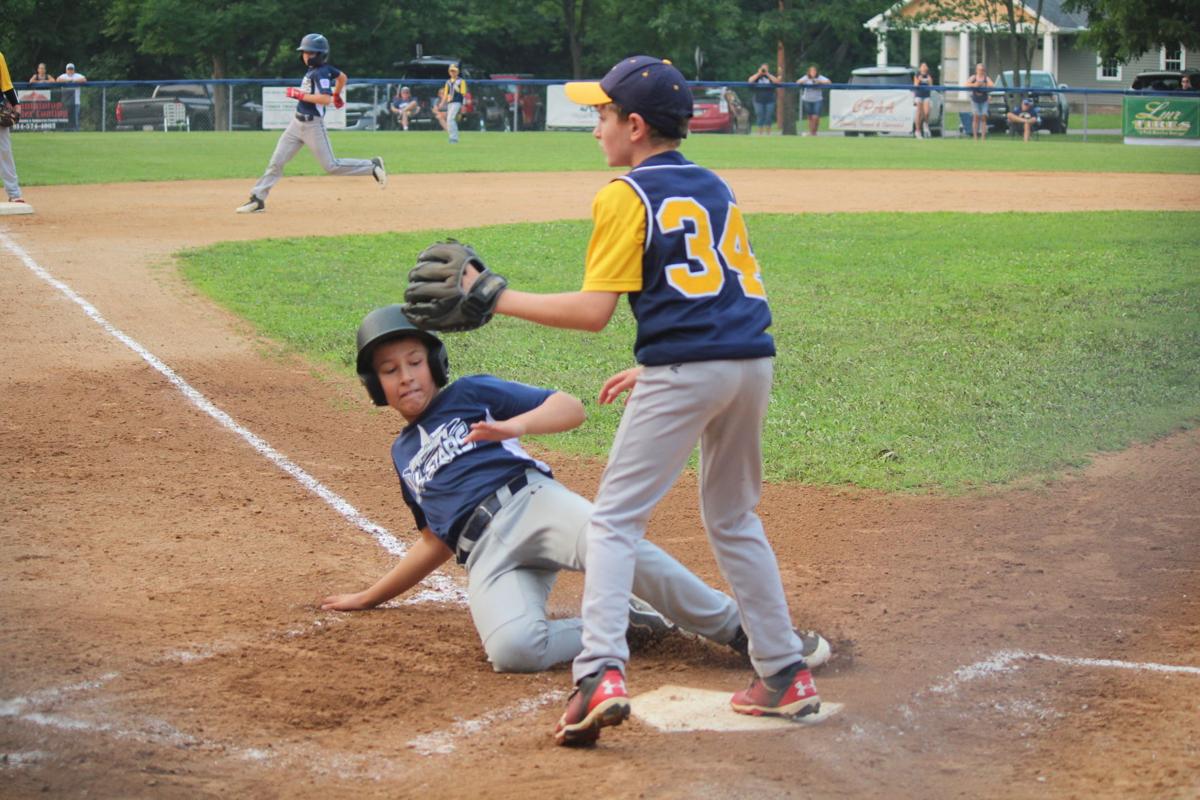 Mifflinburg’s Hudson Troup scores on a wild pitch in the second inning of Tuesday’s Section 3 final against Upper Dauphin/Millersburg. 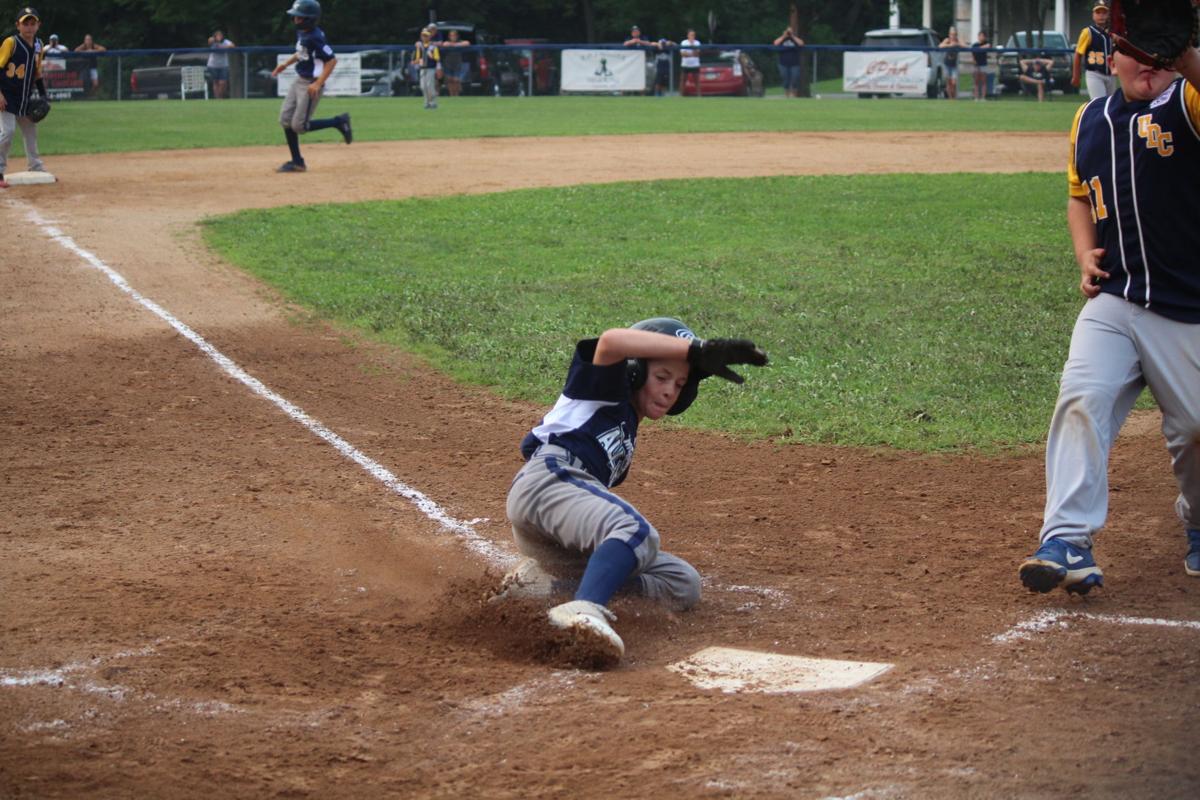 Mifflinburg’s Haydon Showalter scores on a wild pitch in the third inning of Tuesday’s 19-1, four-inning victory over Upper Dauphin/Millersburg. 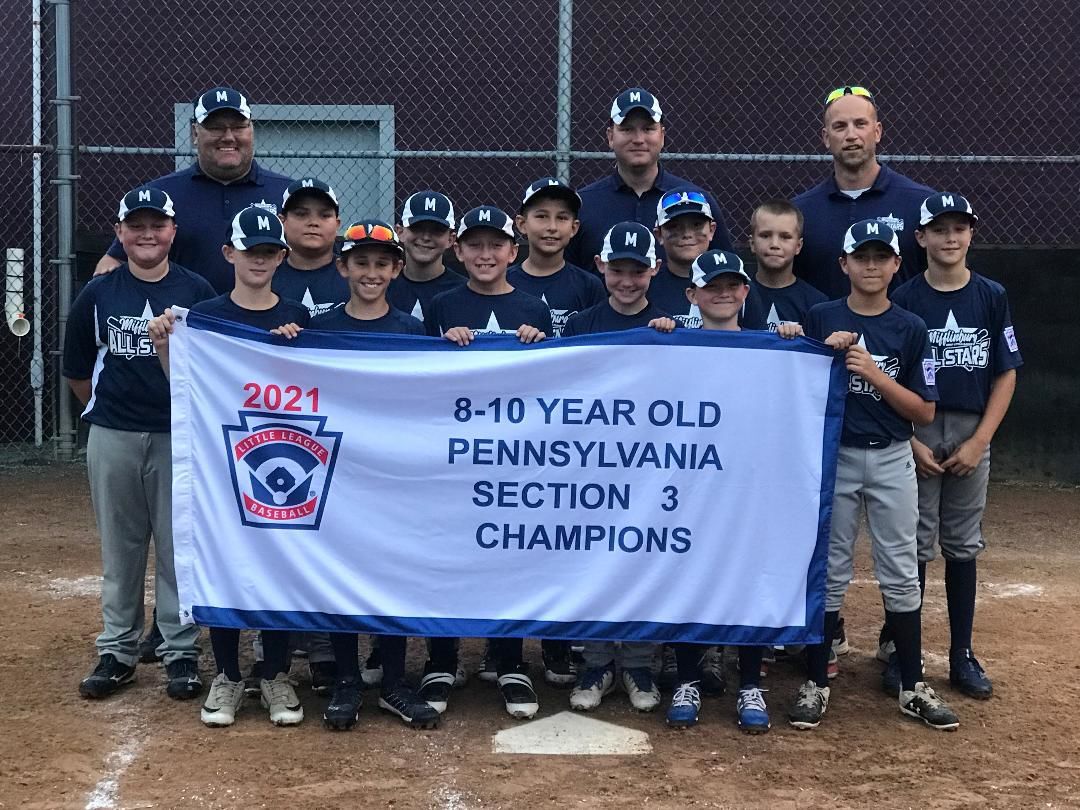 Mifflinburg shorstop Vaughn Yoder (foreground) and second baseman Coy Gemberling (rear) try to corral a throw to second after Upper Dauphin/Millersburg’s Devyn Troutman stole the base in the first inning.

Mifflinburg’s Hudson Troup scores on a wild pitch in the second inning of Tuesday’s Section 3 final against Upper Dauphin/Millersburg.

Mifflinburg’s Haydon Showalter scores on a wild pitch in the third inning of Tuesday’s 19-1, four-inning victory over Upper Dauphin/Millersburg.

MILL HALL — Mifflinburg’s 8-10 baseball team has sure made it a habit of winning easily this all-star season, and Tuesday’s Section 3 final against Upper Dauphin/Millersburg was no exception.

Led by a four-inning no-hitter thrown by Brennan Snyder, and an offense that produced 15 hits, Mifflinburg beat Upper Dauphin/Millersburg, 19-1, to claim the Section 3 title at Long Run Park.

It was the second win in three days over UD/M for Mifflinburg, which took a 14-9 win Sunday to get into the championship game.

“The win is amazing, and Upper Dauphin/Millersburg is a wonderful team. We played them Sunday and they started coming back at the end,” said Mifflinburg manager Nathan Weikel. “So, coming into this game we didn’t know what was going to happen.

“(A 19-1 win) is something that you don’t think is going to happen, but for these boys its a once-in-a-lifetime thing,” added Weikel.

Although the game was delayed by rain for almost an hour, Mifflinburg’s players were more than ready to get going once the game got underway.

Mifflinburg put four runs on the board in the first inning behind an RBI single by Snyder and a two-run double from Hudson Troup.

After UD/M got a run back in the bottom of the first on a fielder’s choice, the Union County All-Stars added onto their lead with four more runs in the second and third innings.

A two-run triple by Yerger keyed the second and Hayden Showalter had an RBI single in the third for Mifflinburg, which also scored three runs off passed balls and two off wild pitches in those two innings to build a 12-1 lead.

“That’s what we want to do. In some games you can’t (get those runs home), but just to do that (tonight) feels wonderful,” said Weikel. “It just goes to show that these kids practice their butts off in the way they hit. Everybody hits the ball and everybody does an amazing job, and we can’t ask for anything better than that.”

Then in the fourth, Mifflinburg batted around to score seven runs that essentially ended the game.

“That inning did impress me, and I think it would anybody. It just shows how hard these kids work,” said Weikel. “These kids live and breathe baseball. They practice non-stop and that’s all they want to do, and it only makes them better.”

Snyder was the recipient of all those runs, plus he also helped his own cause by batting 3-for-3 with a walk, four runs scored, two stolen bases and two RBIs.

“All of our hard work paid off. We have a good team and we just kept on working,” said Snyder, who struck out eight and threw just 69 pitches in four innings of work. “The bats came alive, plus we had good pitching and good fielding.

“We feel pretty confident going into states because we can hit fast pitching, and with slow pitching we can just sit back and drive the ball,” Snyder added.

Said manager Weikel, “Snyder is a very good ballplayer — not just on the mound — but at the plate. He’s one of our go-to kids who can pretty much do anything and play anywhere in any position. He’s just amazing.

“And it’s not just Snyder, it’s everybody (who plays well),” added Weikel.

It’s been a wild ride so far for Mifflinburg’s 8-10 team, and it’s far from over.

Mifflinburg will begin play in the PA 8-10 Baseball State Tournament in Newville at 8 p.m. Sunday versus the Section 7 champion.

“This win really pumps them up (for states). We’re all proud of them, especially the way they’ve been playing the past couple of weeks,” said Weikel, who said his team’s goal was to reach states. “The more they (win games like Tuesday’s), it just keeps on going. They feed off each other, and it’s just amazing.