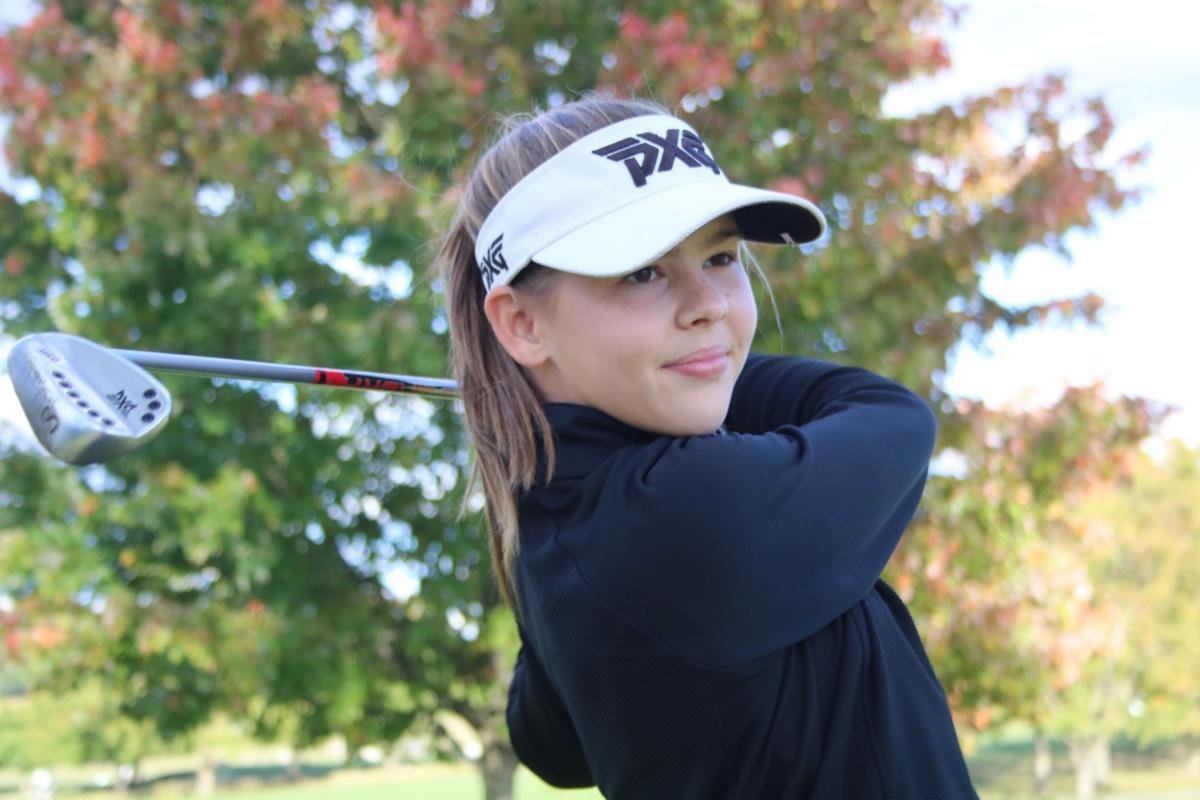 Warrior Run freshman Hannah Rabb will take on the field at the PIAA Championships Monday in York. 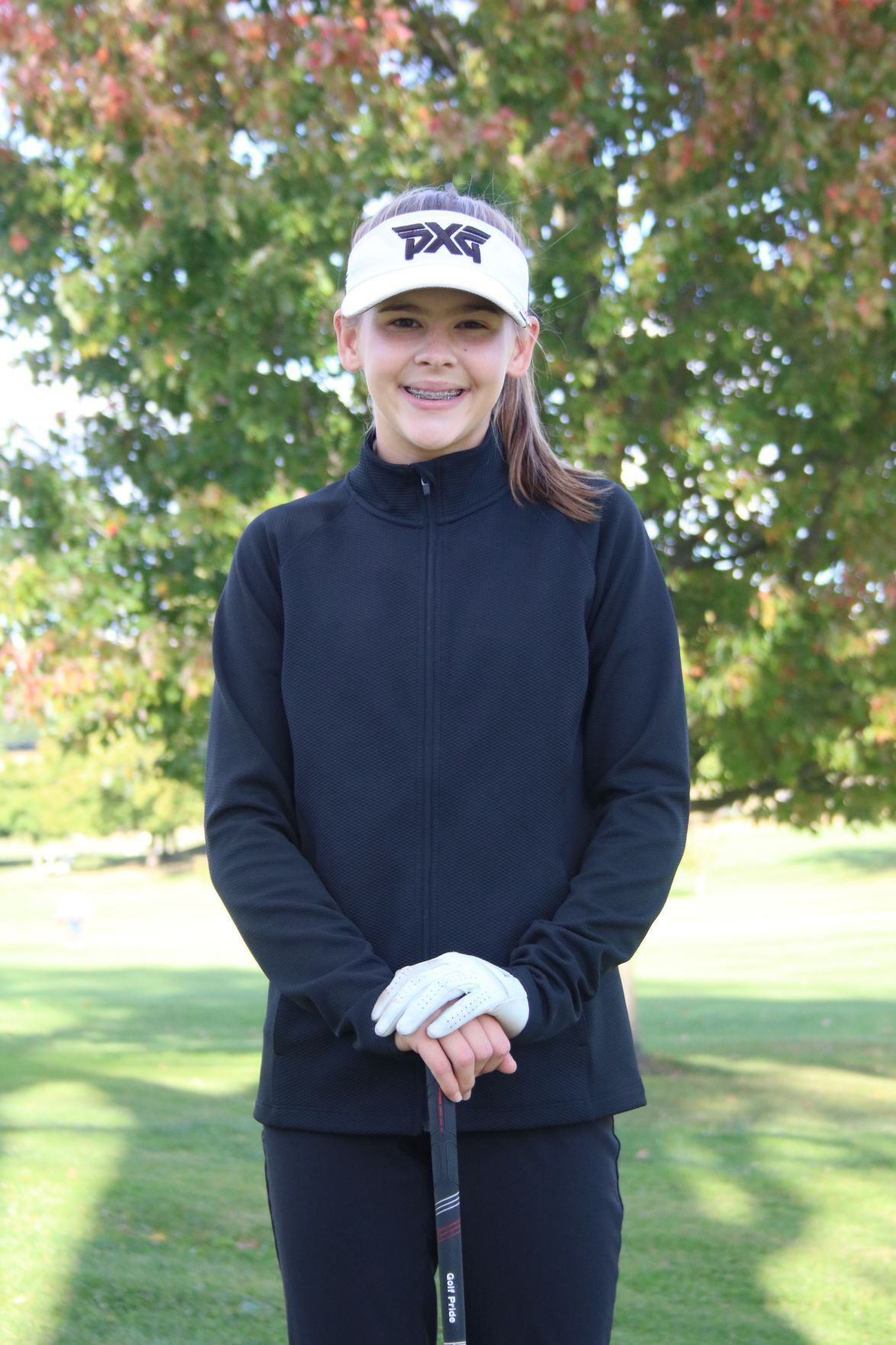 Warrior Run freshman Hannah Rabb will take on the field at the PIAA Championships Monday in York.

TURBOTVILLE — Warrior Run freshman Hannah Rabb’s future is a bright as her smile.

The youngster caught everyone’s attention with her eye-popping scores during this fall’s golf season. As attention-grabbing as her weekly cards were, the fact that she will be 13 for yet another couple days is one more reason to marvel at the accomplishments of this young talent.

Rabb fired a 78 and took gold at the District 4 Class 2A championship, besting the No. 2 golfer, Grace Shaible of Loyalsock, by an incredible 10 strokes last week at Eagles Mere Country Club.

With that dominant performance, she earned a trip to the PIAA Championships, where she will tee off with the best scholastic golfers from across the state Monday at the Heritage Hills Golf Resort, York.

Expectations coming into her first season of scholastic golf were minimal, Rabb admitted. She had plenty of experience in tournaments, dating back years, but competing with a team in a largely individual sport was a new experience for Rabb.

“I really didn’t have too many expectations,” she said. “I wanted to do well for my team and myself at districts.

“At first I was a little nervous. Everyone was a little older, but after the first shot, the nerves calmed down and I just got into playing.”

Rabb got her start with golf clubs early. She remembers attending an LPGA event in New Jersey with her parents, then she began playing the game at age 5.

“With lessons, I began playing a little bit,” said Rabb. “Then I started playing competitively at 9 or so. I played in US Kids Tournaments at 9, 10, 11, then Hurricane (Junior Golf) Tournaments. Then I played in AJGA (American Junior Golf Association) tournaments.”

These days, golf takes up a good bit of Rabb’s time. She played soccer and basketball prior to high school, but shelved those spots to pursue her love of golf. Competing is what keeps her coming back for more.

“I like to go out and play,” she said. “I want to work more on practicing. I like competing with other people, meeting new people and learning how they got into golf.”

Rabb’s coach at Warrior Run, Brad Peace, has seen firsthand how her competitive streak drives her.

“She walks in as this tiny young girl, but behind that is a strong competitor,” said Peace. “That’s something that can’t be taught. You either have it or you don’t.”

Peace recalls a team session where the golfers were working on their short games.

“She was putting them close to the pin,” Peace recalled. “I started to compete with her to see who could put the ball closer. She knocked one in, then she knocked two in — she loved that she was beating me. Finally, I put one in. Well that just made her focus and put three more in and then casually walk away knowing that she destroyed me.

“I think that’s one of the biggest factors in her future success — having that drive to compete.”

Competition has not been that prevalent this season for Rabb. Aside from the team’s first outing — with Danville — Rabb has not only been the top girls golfer at every match, she’s beaten everyone on the course, boys included.

“She’s only 13 years old so I didn’t have a lot of expectations for her to come in and be the ‘leader’,” said Peace. “She handled it perfectly. She fit in with the other kids and focused on doing her best. Obviously the other kids recognized her abilities and she ended up leading by example. They seemed to spend a lot of time having fun together too.”

With the PIAA Championships, Rabb sees a return to tournament play she’s more familiar with. The challenge has her excited and she plans at least two practice rounds at the Heritage Hills golf course.

Just a freshman, Rabb has plenty of time to develop her game at the scholastic level, but she said in the future she hopes to play collegiate golf.

She’s already zeroed in on the aspects of her game that need work.

As her scholastic coach knows well, though, she’s tough to beat on and around the greens.

“I think my strength is my putting,” she said with a smile. “Yeah, it can be off sometimes, but it’s where I can count on some strokes most of the time.”