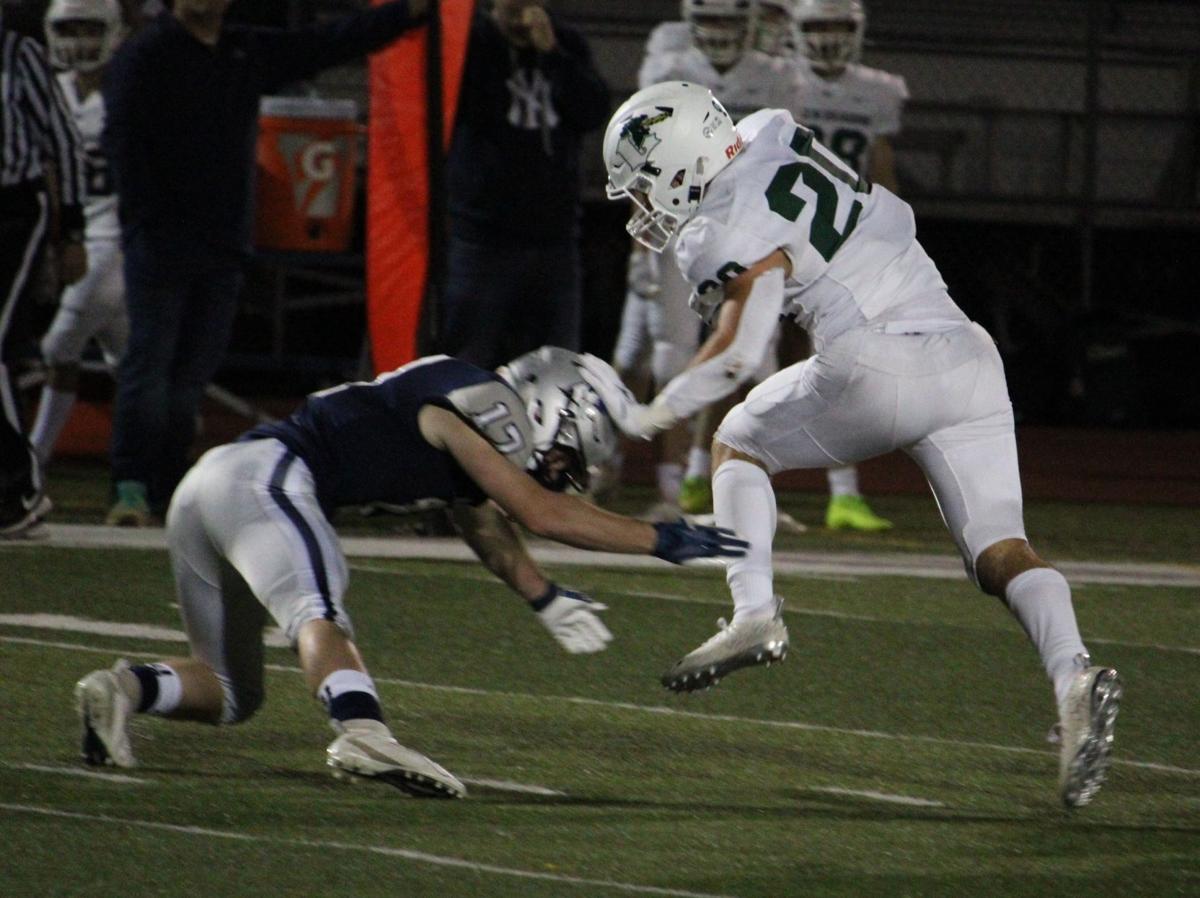 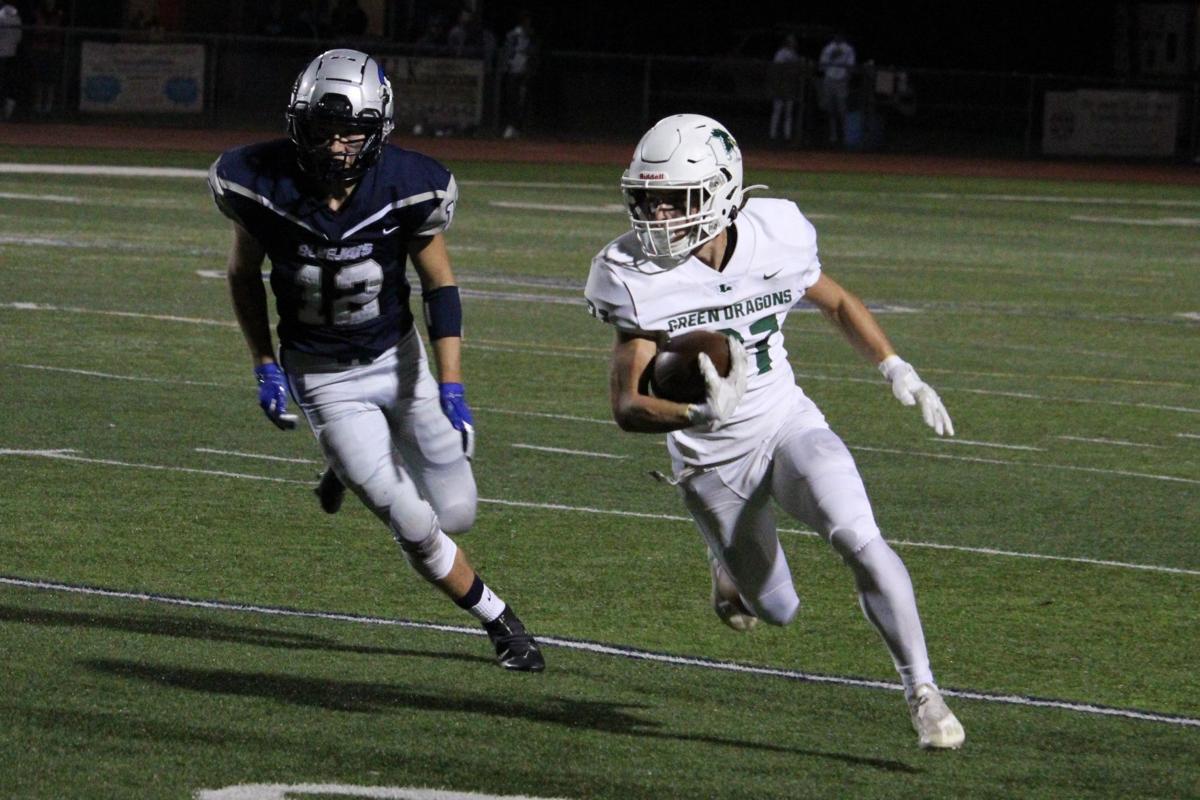 Lewisburg's Cam Michaels breaks free as Central's Auston Rainier pursues. Michaels scored on the play, the last of the first half. 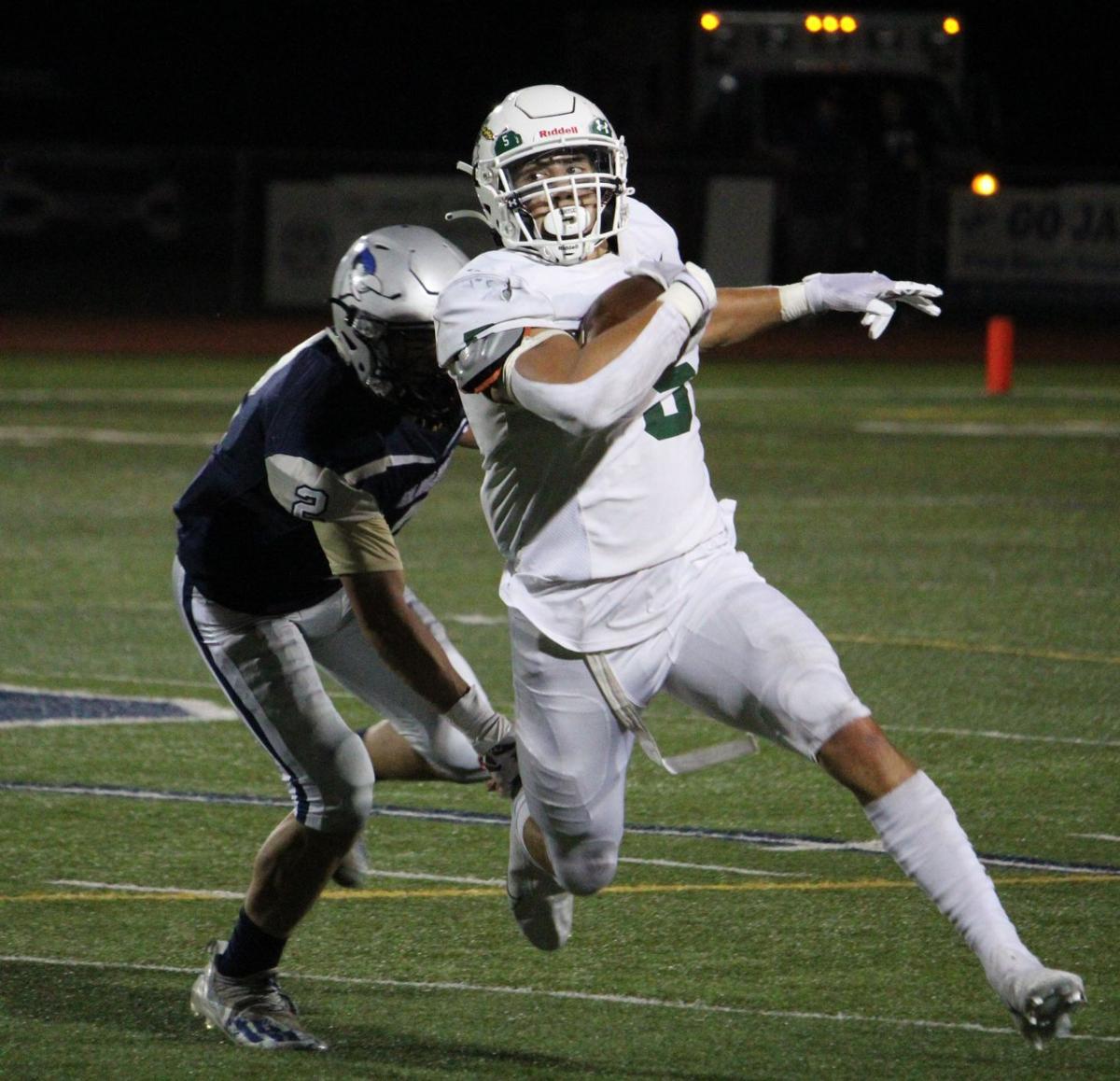 Lewisburg's Cam Michaels breaks free as Central's Auston Rainier pursues. Michaels scored on the play, the last of the first half.

AMEDIA - Ethan Dominick rushed for 185 yards and two scores and Cam Michaels had 110 yards receiving, and a touchdown, as Lewisburg pulled away from Central Columbia in the second half for a 26-3 Heartland Athletic Conference-II victory at Central Columbia.

The Green Dragons again struggled with self-inflicted wounds, namely penalties, but were able to pull away after taking a 12-3 lead into the half.

Dominick was near unstoppable, rushing 20 times and scoring on runs of 11 yards in the first half and a 47-yard second half scamper that extended the lead to 26-3.

Lewisburg struggled early to find its offense. Late in the first half, Lewisburg took advantage of good field position following a Central Columbia punt and scored early into the second half when Dominick burst off the left side for an 11-yard touchdown. The kick was blocked.

Central, which moved the ball well at times, got on the board with a eight-play scoring drive which resulted in a 26-yard Steven Brink field goal with just 2:26 left in the half.

Lewisburg took the ensuing kick and set up shop on its own 25 with 2:20 left in the half. Dominick gained chunk yardage on a couple runs, including a 12-yard run that got Lewisburg to the Jays' 25. A sack set the Dragons back, but Young found Owen Ordonez for a 12-yard pick up, and Michaels for another 12 yards. Michaels then caught a screen pass to the left, made a couple Jays miss and just scooted inside the pylon as time expired in the half. The kick failed when the snap was mishandled.

The score remained 12-3 as the game went into the fourth quarter. Lewisburg got into the red zone when freshman Jeremiah Davis broke into the secondary on a 40-yard run to the Jays' 16. It would take Lewisburg six more plays to score, but Young found Ordonez on a five-yard scoring strike. Cohen Hoovers point-after made it 19-3.

Lewisburg's final score came after the Blue Jays turned it over on downs near midfield. On first down from the Jays' 47, Dominick broke free over the right side and outran the defense for a touchdown. Hoover's PAT gave the Dragons a 26-3 lead.

Young threw for 144 yards and a TD, but was picked off twice.

Lewisburg is back in action Friday at home with Loyalsock, at Bucknell. Central Columbia hosts Southern Columbia next week.