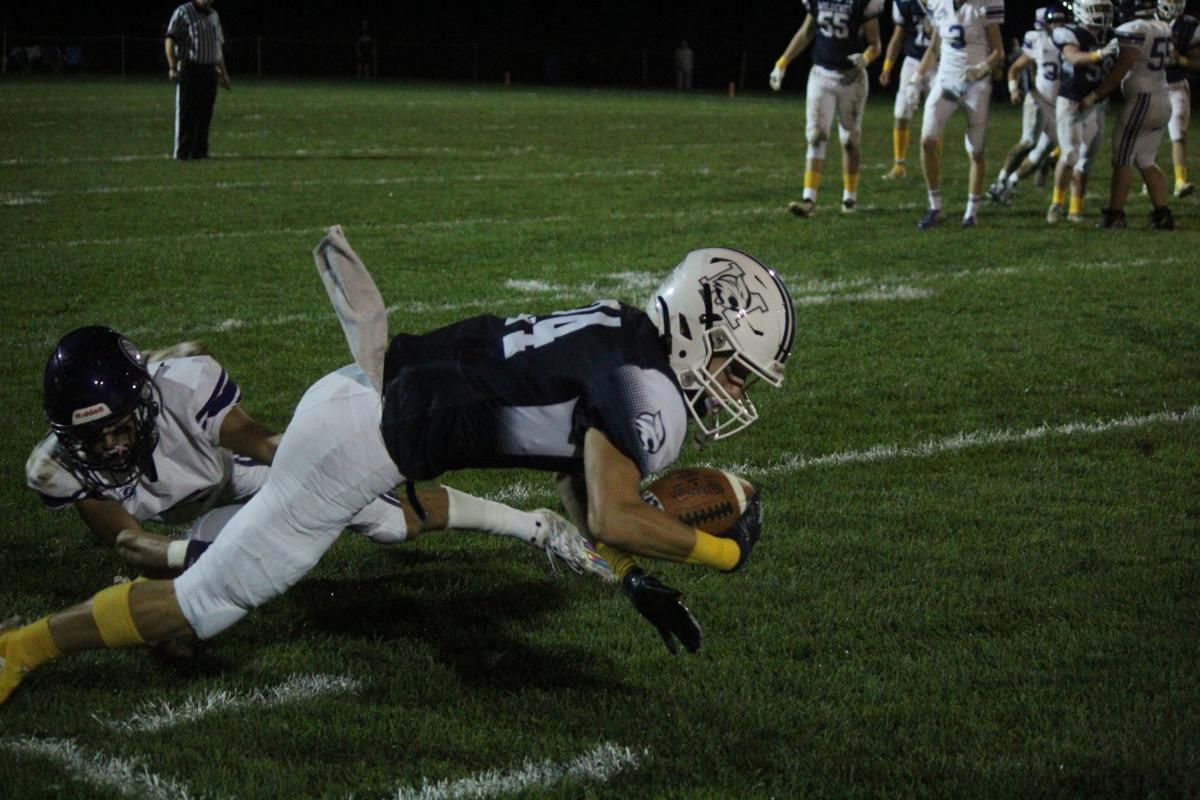 Mifflinburg wide receiver Cannon Griffith stretches for extra yardage after being tackled by Shamokin Area's Colin Seedor in the second quarter of Friday's 34-27 win over the Wildcats. 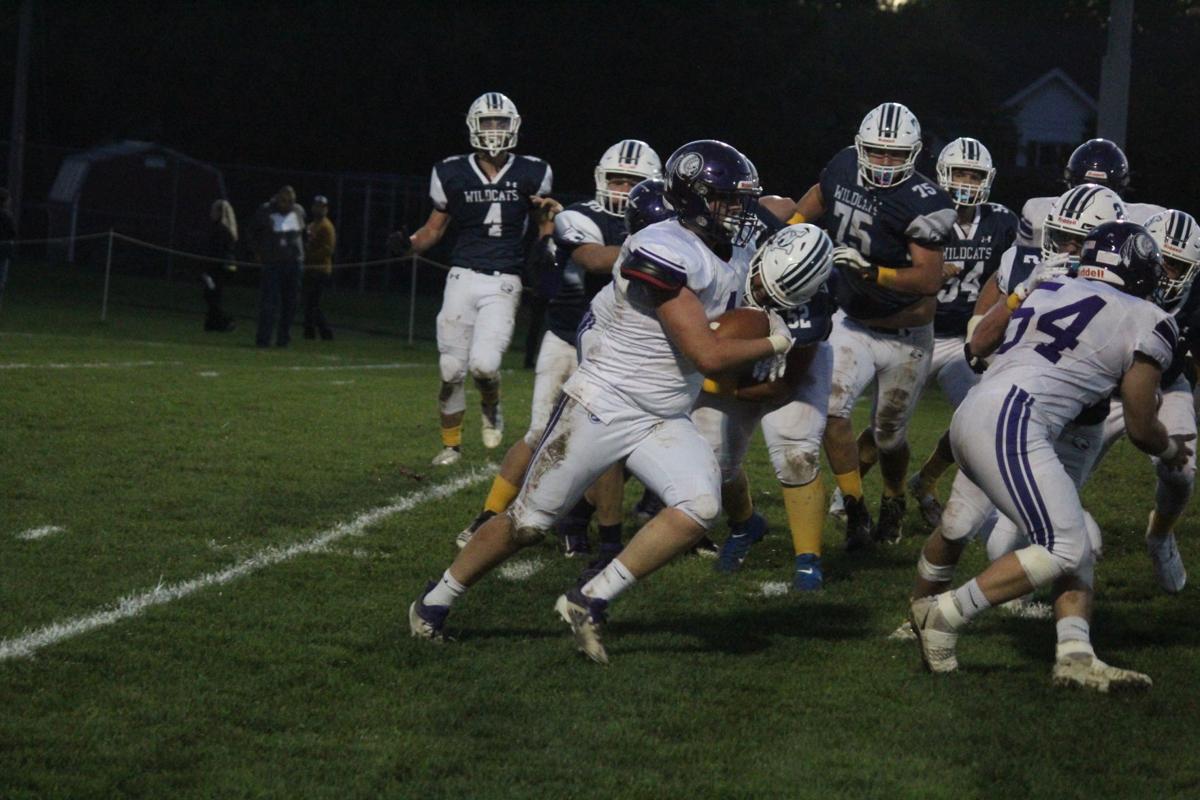 Shamokin Area's Aaron Frasch gets a close-out block by Riley Macaluso to gain positive yardage in the first half of Friday's game at Mifflinburg. 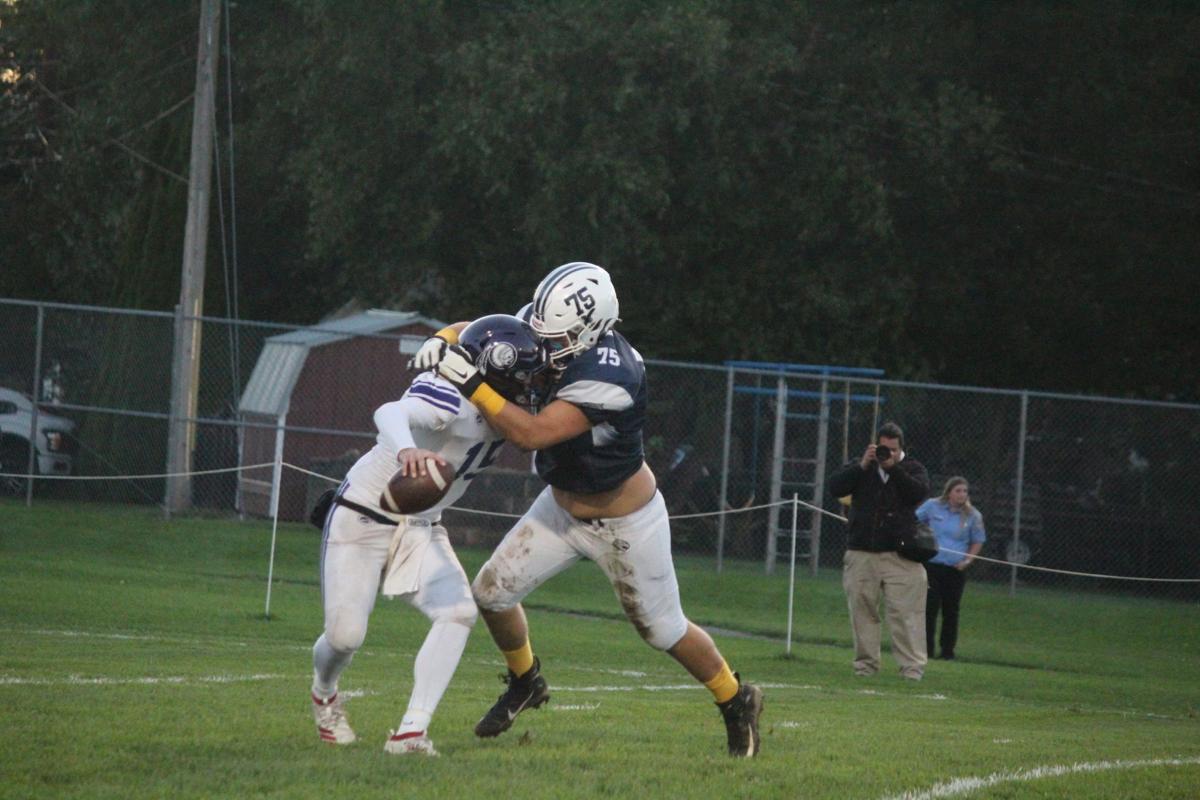 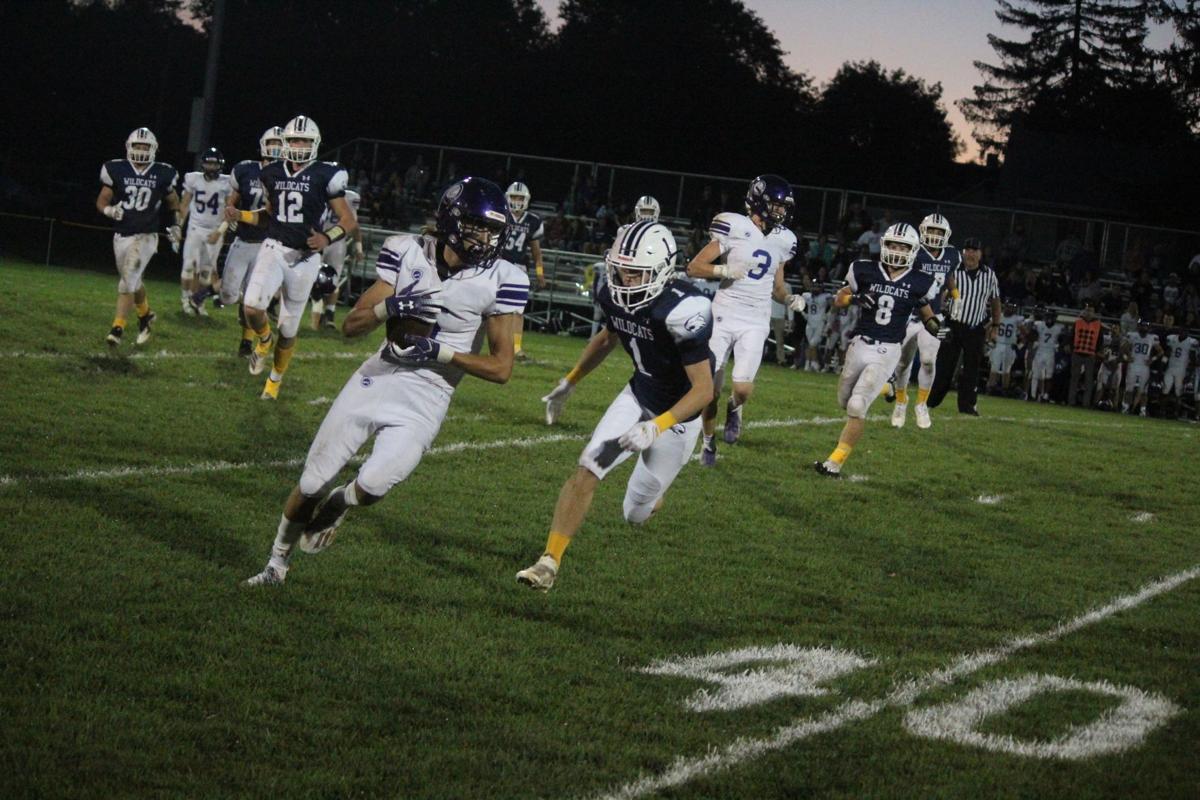 Shamokin Area's Colin Seedor is chased by Mifflinburg's Tanner Zimmeman after catching a pass in the first quarter of Friday's 34-27 victory over the Wildcats.

Mifflinburg wide receiver Cannon Griffith stretches for extra yardage after being tackled by Shamokin Area's Colin Seedor in the second quarter of Friday's 34-27 win over the Wildcats.

Shamokin Area's Aaron Frasch gets a close-out block by Riley Macaluso to gain positive yardage in the first half of Friday's game at Mifflinburg.

Shamokin Area's Colin Seedor is chased by Mifflinburg's Tanner Zimmeman after catching a pass in the first quarter of Friday's 34-27 victory over the Wildcats.

After a brief absence away from the gridiron, Shamokin Area’s fourth-year head coach was back on the sidelines for Friday night’s non-conference clash at Mifflinburg.

And, boy, did Hynoski get a good effort from his Indians.

Shamokin Area had an answer for everything that Mifflinburg threw its way, and the Indians were able to hold on for a 34-27 victory in a Gold Out Game at Wildcats’ Stadium.

“Unbelievable win, but I just got to give credit to our guys. It was an up-and-down game and they just stayed with it, believed in the game plan, and they kept fighting, kept fighting and kept fighting,” said Hynoski.

“We knew that (Mifflinburg) is a good football team, and our guys responded even when things were looking grim there for a little bit. Our guys just never quit, and that’s the resilience of this team. I’m so proud of them.”

On one long throw from Troy Dressler, Mifflinburg took a 7-0 lead in the first quarter when the sophomore signal caller threw a 28-yard strike to Cannon Griffith with 5:16 left.

But in the second quarter, Shamokin (3-2) had a response.

The Indians scored on all three of their possessions in the period, beginning with a 33-yard touchdown run from Tyler Whary.

Max Madden followed with a 19-yard touchdown run before Colin Seedor caught a 30-yard pass from Brett Nye to give Shamokin a 21-7 lead.

However, the penalty bug struck Mifflinburg once again this week. The Wildcats committed costly penalties on every scoring drive by the Indians in the second quarter, and the two possessions by the hosts in the period were also marred by mistakes.

“The bottom line is, Shamokin made the plays and we didn’t make the plays, and we made mistakes – and those penalties,” said Mifflinburg coach Jason Dressler, whose team was flagged 12 times for 108 yards. “I told the guys, ‘We’re at the midway point of the season, and what do you want to do with the rest of the season?

“But the one thing that has got to get better is the penalties and the self-control. I say this every week, but we’re working on it and we’re going to get better on that. We’re just trying to make plays and make things happen, and yes, we turned the ball over and we didn’t finish drives, and Shamokin did.

“It was a dogfight, and we knew that coming in,” added Mifflinburg’s coach.

A 45-yard flea-flicker from Troy Dressler to Zack Wertman on the first play from scrimmage in the third quarter gave the Wildcats the spark they needed.

One of the big mistakes by the Wildcats followed as Dressler threw a costly interception that was returned 30 yards for a touchdown by Tyler Whary to give the Indians a 28-14 lead.

On the ensuing series Mifflinburg found the endzone again – this time getting a two-yard run by Dressler to get back to within a touchdown at 28-21 with just 1 second left in the third period.

Once again, Shamokin had an answer.

The Indians opened the fourth quarter by getting a 61-yard touchdown pass from Nye to Aaron Frasch to increase their lead to 34-21.

“It was really nice to see us respond each and every time – they scored, we scored, they scored, and then we stopped them. It was truly a great effort on both sides,” said Hynoski. “Hats off to Mifflinburg. They really are an outstanding football team.

“The whole game is always stressful. That’s football,” added Shamokin’s coach. “You just got to rise jup and get that mentality. I think our guys responded well to that.”

Mifflinburg closed to within a touchdown one more time early in the fourth quarter following Troy Dressler’s 33-yard touchdown pass to Wertman.

But with the ball in the possession of the Wildcats late in the period, Dressler’s last-gasp pass for a game-tying score wound up in the hands of Indians defensive back Chase Pensyl and the game was over.

“That says a lot about the kids we have,” added Mifflinburg’s coach.