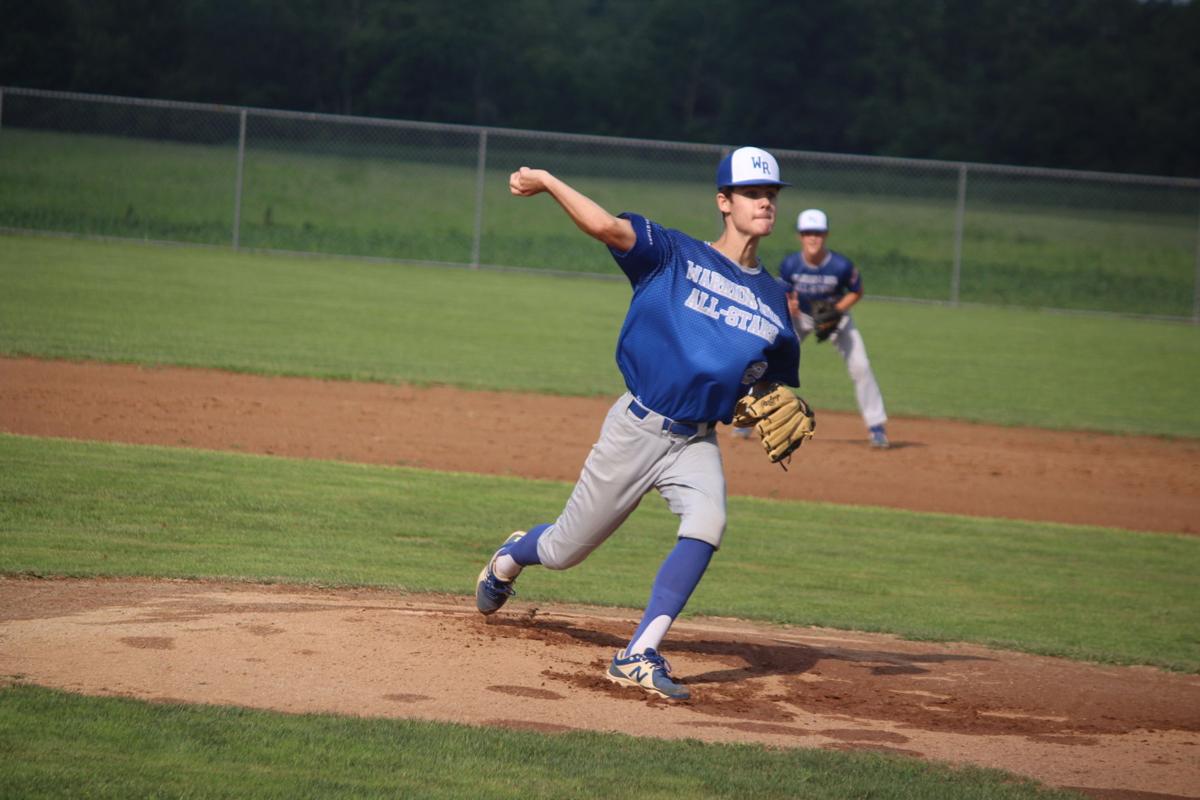 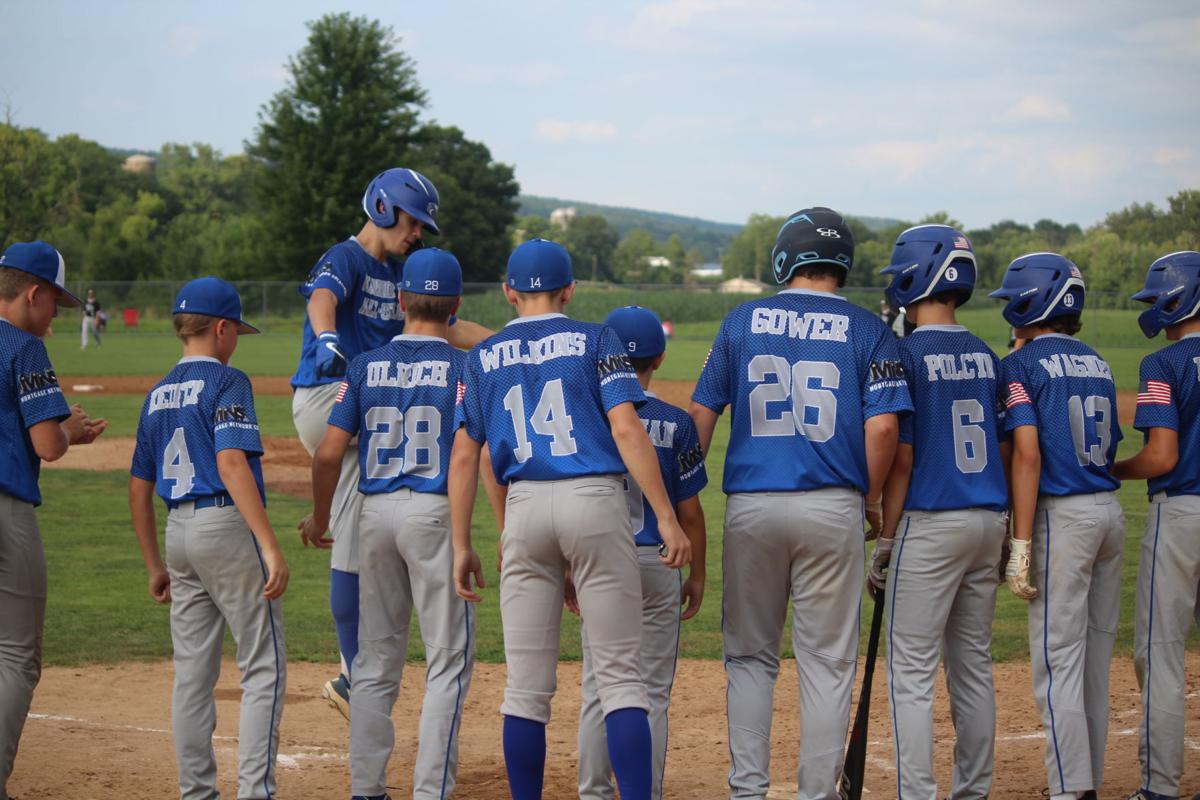 West Branch’s players surround Griffen Harrington as he jumps on home plate after hitting a three-run home run in the third inning of Wednesday’s 10-0, five-inning victory over Athens. 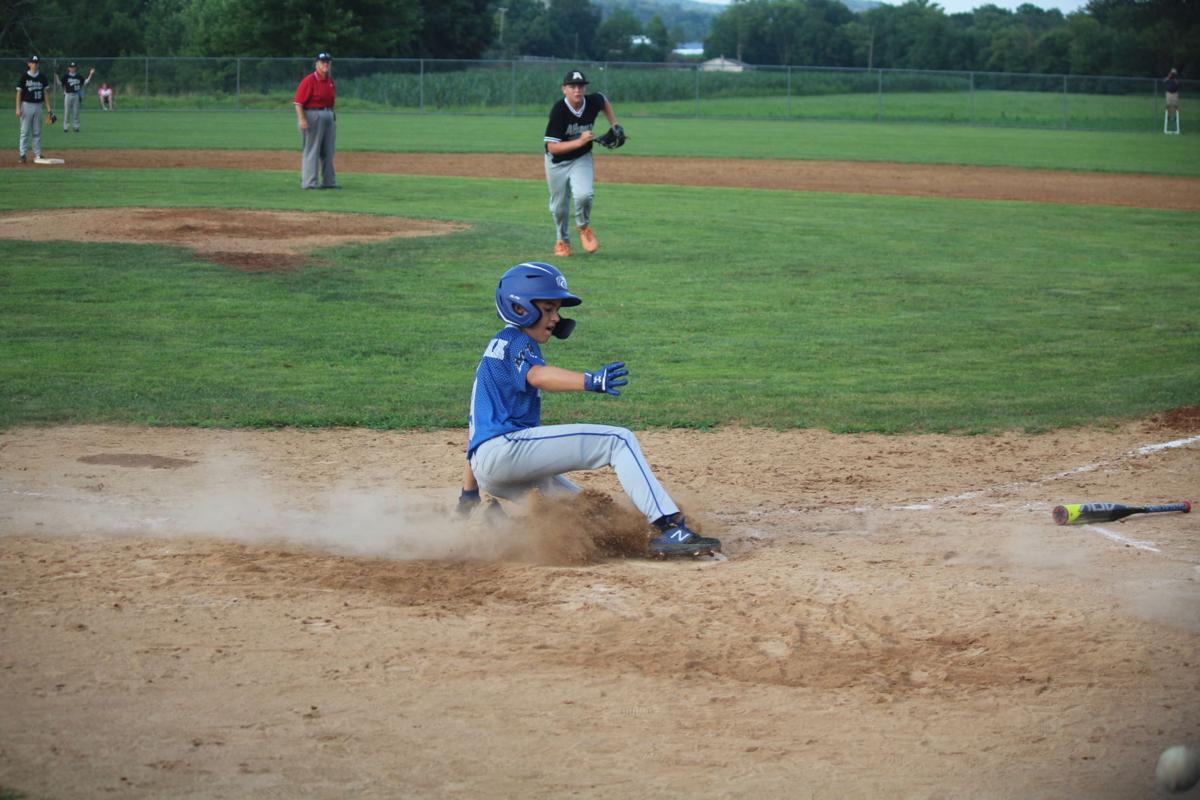 West Branch’s Cohen Zechman slides into home to score the 10th and final run to give his team a five-inning victory over Athens in Wednesday’s Section 3 game. 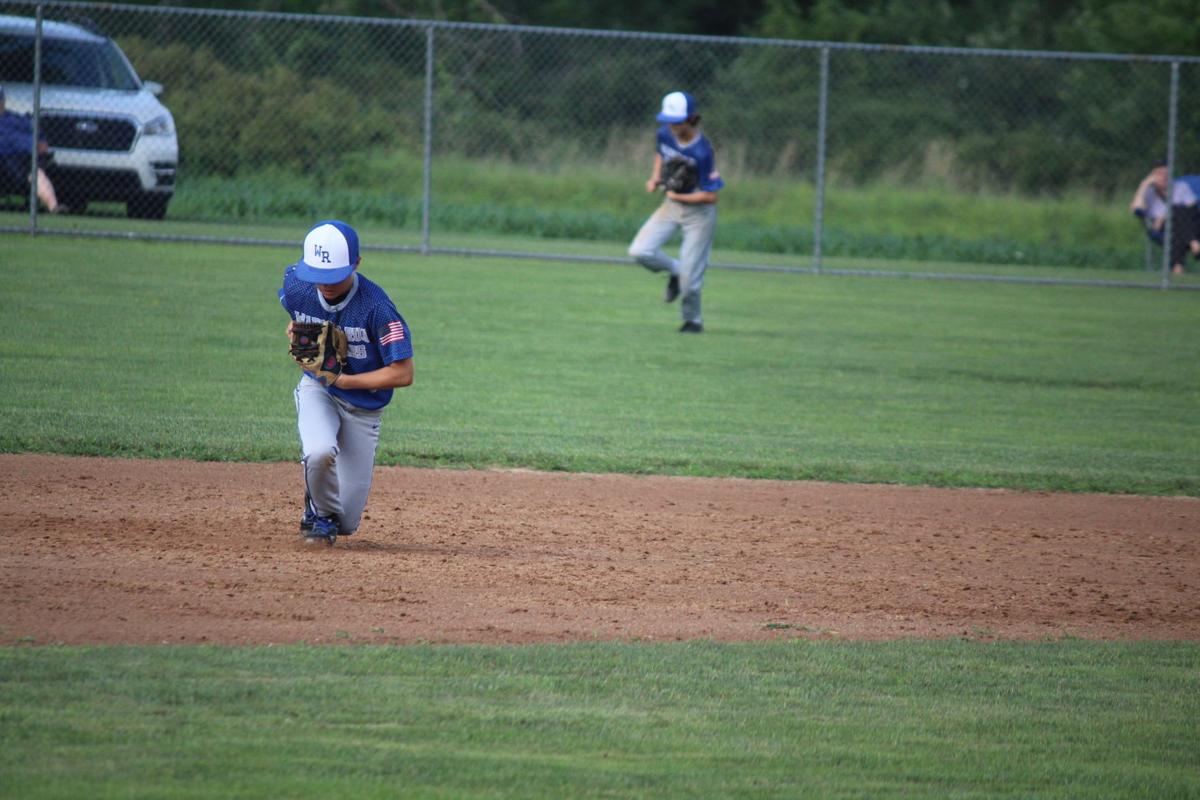 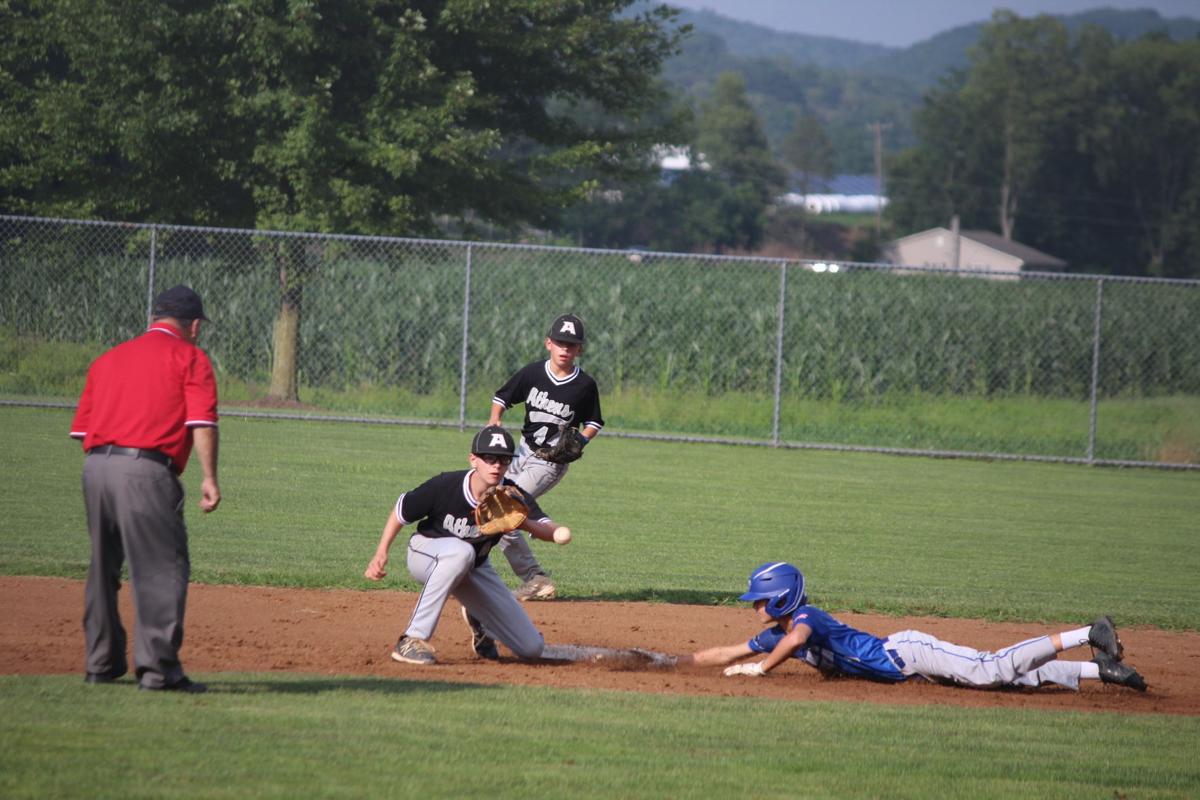 West Branch’s Landen Wagner steals second base in the first inning of Wednesday’s 10-0 win over Athens in a Section 3 Junior Baseball game at New Berlin.

West Branch’s players surround Griffen Harrington as he jumps on home plate after hitting a three-run home run in the third inning of Wednesday’s 10-0, five-inning victory over Athens.

West Branch’s Cohen Zechman slides into home to score the 10th and final run to give his team a five-inning victory over Athens in Wednesday’s Section 3 game.

West Branch’s Landen Wagner steals second base in the first inning of Wednesday’s 10-0 win over Athens in a Section 3 Junior Baseball game at New Berlin.

NEW BERLIN — It was back to business for West Branch’s Junior Baseball All-Stars in the Section 3 Tournament.

Less than a week after a dominating win to claim the District 13 championship, West Branch picked right up where it left off by taking a convincing 10-0, five-inning victory over Athens at New Berlin’s Junior League Field.

And West Branch served up another dose of Griffen Harrington, who pitched a complete game and also hit a big three-run home run to key the win for the District 13 champs.

West Branch moves on to the Section 3 championship game at 5:30 p.m. Friday where it will face the Jersey Shore-Athens winner. A win and West Branch advances to the state tournament in Dubois where it will open play with an 11 a.m. matchup against Section 7 champ Downingtown on Wednesday.

“We did (pick up where we left of),” said West Branch manager Derrick Zechman. “Being the home team and coming out and putting a run on the board (early) released some tension and that, but when you have Griff on the mound — he’s always going to give you a good effort, and he did that again tonight for us.”

Although West Branch got a run in the first when Landen Wagner scored on Landon Polcyn’s fielder’s choice, the high-scoring innings didn’t come until later.

Harrington, however, made that 1-0 lead stand up until West Branch’s offense got going in the third.

That’s when Harrington hit his three-run homer to bring home both Wagner and Gabe Engel to build West Branch’s lead to 4-0.

“The home run came off a high and outside fastball. I went with it and hit it to right field like you’re supposed to, and it felt really good off the bat. Honestly, I didn’t think it was going out, so I was hustling and ready to get (a double),” said Harrington.

“It’s always nice to have run support too, because that puts a lot less pressure on the pitcher. Plus, its always nice to just be able to relax in there and not have to focus so hard on (getting outs).”

Zechman, who contemplated taking Harrington out of the game to conserve his arm, began to feel better when his team scored four runs in the fourth to open up an 8-0 lead.

An RBI single from Engel was followed by Harrington’s fielder’s choice RBI before Polcyn brought home a run on a grounder and Brayden Gower hit an RBI single.

“I was hoping we’d get (a big inning) earlier, because it put me in a tough position whether to pull Griff, but they say you got to win the game you’re in and not look ahead,” said Zechman. “Griff did an excellent job hitting where the ball was pitched to right field. He barreled it up and did an awesome job.”

Then in the fifth, West Branch put the game away on back-to-back RBI singles from Wagner and Engel — the top two guys in the batting order.

Wagner batted just 1-for-1 in the game, but he got on base all four times by adding three walks to go along with three runs scored and two stolen bases. Engel batted 3-for-4 and had two RBI, a stolen base and a run scored.

Harrington, the No. 3 batter, led the way with four RBI.

“Engel did an outstanding job behind the dish, and then he comes through and gets the hit to end the game,” Zechman added. “He’s just a guy that you can rely on. He moves the ball every time and is a solid hitter.

Just as important is the fact that West Branch played a spotless game defensively, and Zechman hopes it continues into Friday’s game, and beyond.

“We stress defense and getting outs, and our defense has been really good. So, I should knock on wood to not jinx it, but we’ve been playing really good defense,” said Zechman. “Griff had one walk, and it was the leadoff hitter, but he settled in and did a good job.

“Hat’s off to the defense. I hope it continues,” added West Branch’s manager. “It was a big win, and being in the driver’s seat is good as long as you’re the driver. I like where we’re at, but we have to finish the deal.”