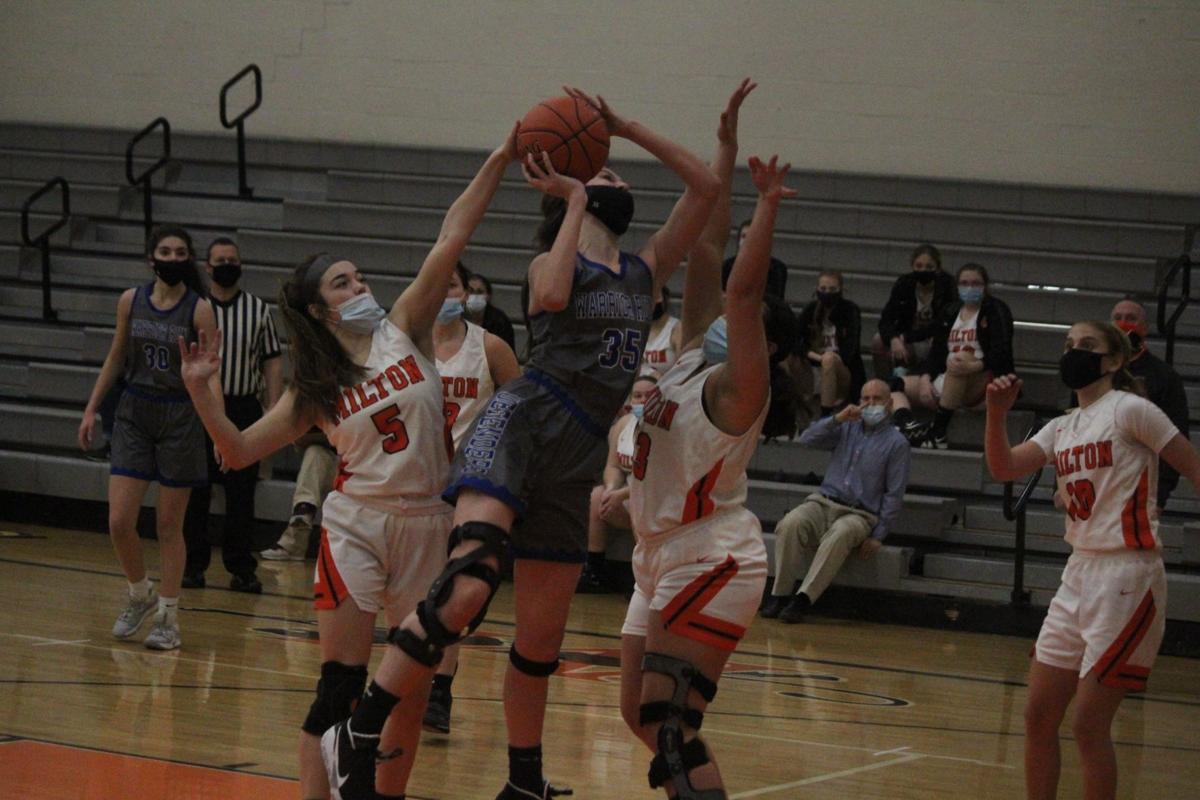 Warrior Run’s Emily McKee gets fouled on a shot attempt by Milton’s Kiersten Stork in the first half of Wednesday’s HAC-II contest. 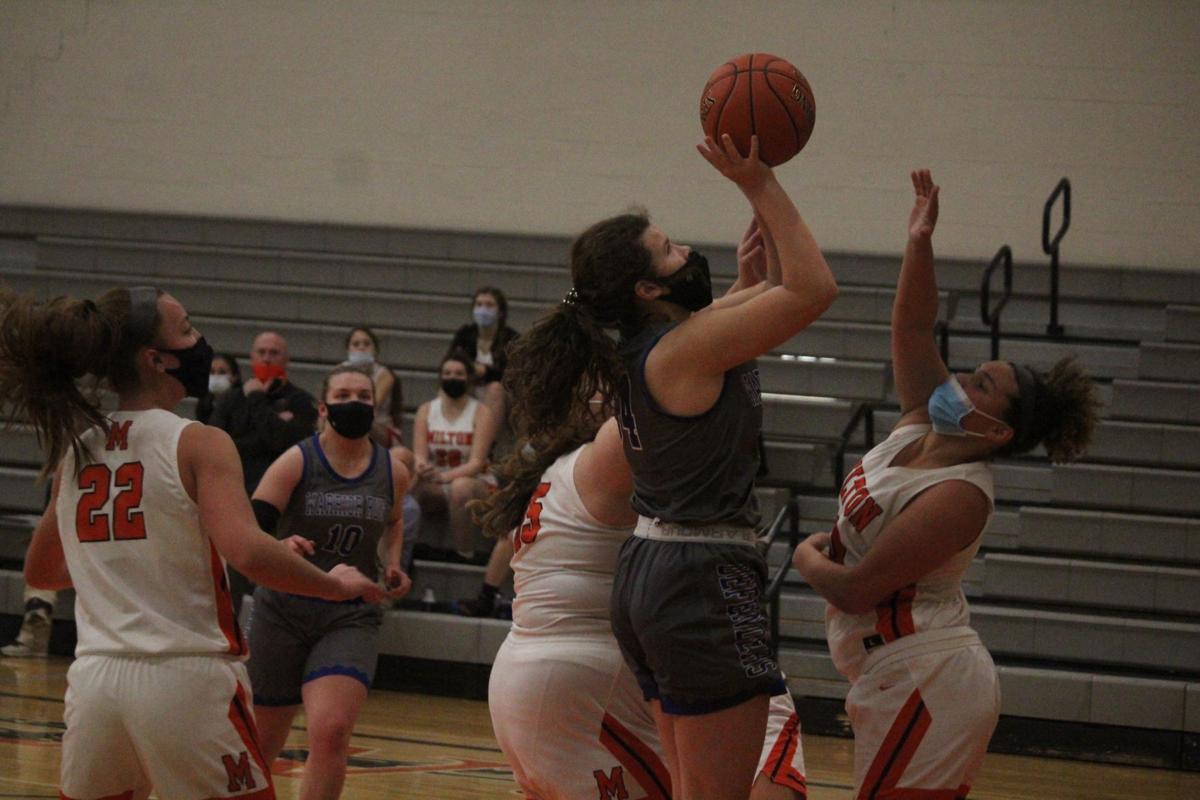 Warrior Run’s Holly Hollenbach puts up a shot over Milton’s Crystal Hamilton in the first half of Wednesday’s game. 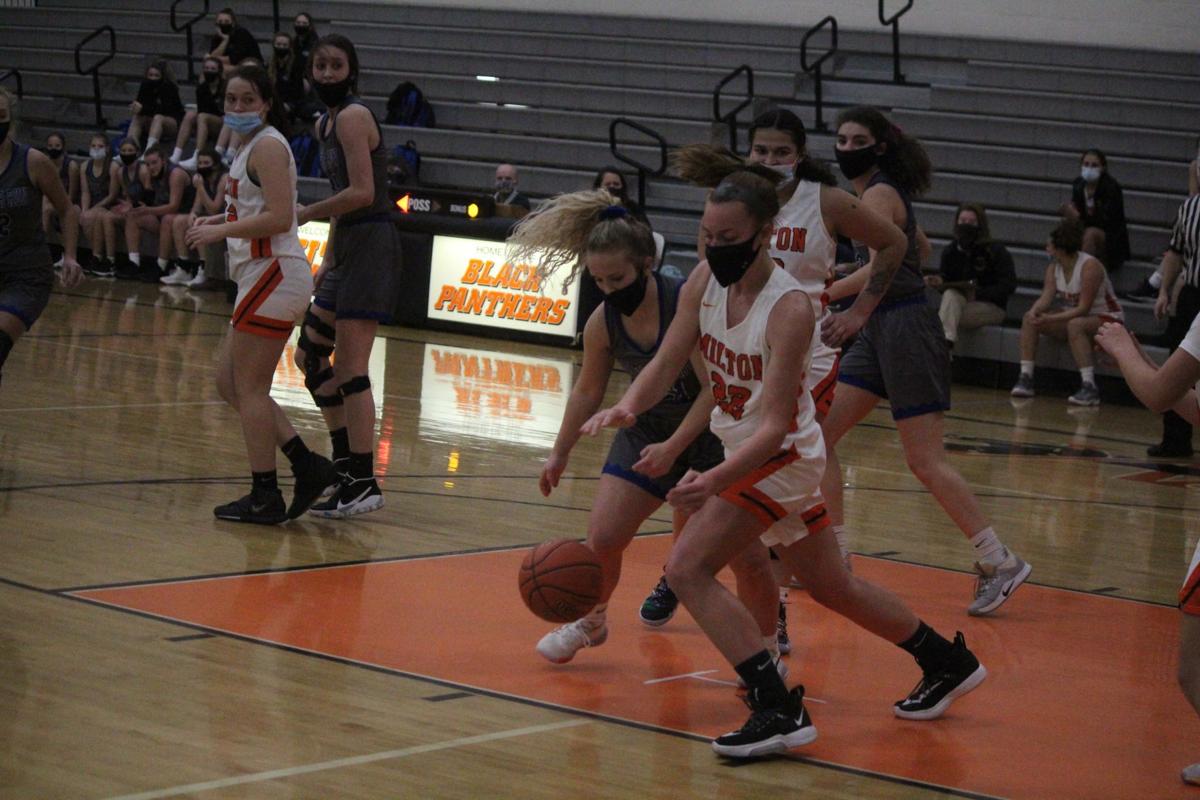 Warrior Run’s Gracy Beachel steals the ball away from Milton’s Abbey Kitchen in the second half of Wednesday’s HAC-II contest. 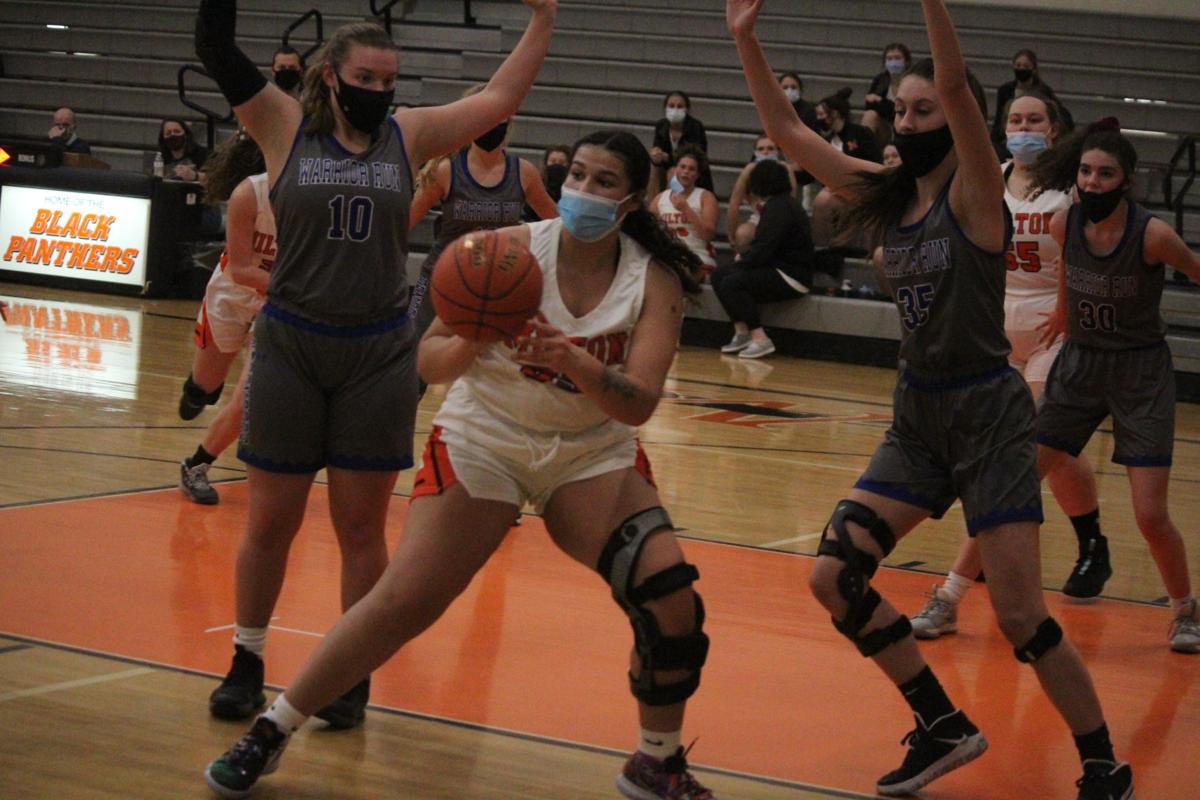 Milton’s Raulerys Vega-Garcia looks to kick the ball out to a teammate after she dribbled into a double team of Warrior Run’s Sydney Hoffman (left) and Emily McKee in the second half of Wednesday’s league game.

Warrior Run’s Emily McKee gets fouled on a shot attempt by Milton’s Kiersten Stork in the first half of Wednesday’s HAC-II contest.

Warrior Run’s Holly Hollenbach puts up a shot over Milton’s Crystal Hamilton in the first half of Wednesday’s game.

Warrior Run’s Gracy Beachel steals the ball away from Milton’s Abbey Kitchen in the second half of Wednesday’s HAC-II contest.

Milton’s Raulerys Vega-Garcia looks to kick the ball out to a teammate after she dribbled into a double team of Warrior Run’s Sydney Hoffman (left) and Emily McKee in the second half of Wednesday’s league game.

MILTON — Warrior Run coach Rachael Herb had plenty of questions in regard to her team’s season-opening Heartland Athletic Conference Division II matchup against Milton on Wednesday.

Not only was Herb concerned about rust following her team’s long layoff, but also how well junior forward Emily McKee would bounce back from her major knee injury last year in addition to how well sophomore and first-time starter Holly Hollenbach would mesh with the rest of the starting lineup.

Those questions were largely answered for Herb and her Defenders, who had their hands full with the undefeated, yes, undefeated Black Panthers.

McKee showed that she’s close to being back to her old self as she scored a game-high 14 points to help power Warrior Run past Milton, 45-36, inside The Jungle.

“A win is a win, and I’ll take an ugly win any night. You know, this is the first these girls have been back (in action since last March); we have a new sophomore in there (Hollenbach) who played all jayvee last year, so you have her in the mix; and you got McKee coming back into the lineup after that traumatic injury,” said Herb.

“I knew there would be some rustiness — I just didn’t think we’d be quite that rusty — but it is what it is. The girls worked their butts off. The shots weren’t going in, but they did what they needed to do to get the job done. As their coach, I look at it as, hey, we can only go (forward) from here.”

Warrior Run (1-0 overall and HAC-II) got up on Milton (2-1, 1-1) early following a 3-pointer by Sydney Hoffman right off the opening tip.

And even though the Defenders got out to a 17-8 lead after the first quarter, the Black Panthers showed their resiliency by tying the game at 26 late in the third period on a pair of back-to-back jumpers by Abbey Kitchen and then a free throw from Raulerys Vega-Garcia.

Milton then took a 30-29 lead, its first lead of the game, early in the fourth on a pair of free throws by Kiersten Stork.

The advantage didn’t last long for the Black Panthers when McKee laid the ball in moments later to put the Defenders back on top 31-30.

“I thought coming out of halftime we didn’t adjust well to what Warrior Run was doing and we turned the ball over a couple of times right in a row, which I think came back to hurt us, but we battled through that,” said Milton coach Phil Davis.

“I think we got down by seven points (in the third) and we actually had the lead in the fourth quarter at one point. But then Warrior Run got hot and we got cold and that happens sometimes in basketball, but I felt both teams played very hard and I’m very proud of my girls and the effort that they gave tonight.”

Warrior Run continued its surge early in the fourth with a 3-pointer by Jordan Hartman, one of three she would make in the game, and then a bucket by Hollenbach to make the score 36-30 with 5:11 left.

“That was great, and honestly I should be used to that. Every game last year we came back in the fourth quarter, so why I wasn’t ready for it (I don’t know),” said Herb. “It was nice to see. We play better when we transition. I’m not a coach of plays. I expect my kids to play basketball the way it’s supposed to be played — your simple pick-and-rolls, your cuts, your movement — and the girls realized that those quick passes up the court and that little bit of transition — that is what sparks us and that’s when we play our game.

Another trey by Hartman followed in the fourth period before McKee put the finishing touches on the win with a bucket right before the final buzzer sounded.

“It was definitely a nerve-wracking experience for me personally just because I was coming off my ACL injury and what-not, but I think I’m much more confident now knowing that I have my team (around me),” said McKee, who also had nine rebounds and six blocks. “My team has my back, and we just work so well together. I’m just really excited to be able to have the opportunity to play this season with my teammates and everything.

“It’s a blessed opportunity to have because some teams are having their seasons cut short due to COVID-19,” McKee added.

And with Warrior Run having postseason aspirations once again this year, Wednesday’s hard-fought win is a step in the right direction for the Defenders after they failed to make the state tournament a year ago.

“This win is a big stepping stone. I’ve only had the team for two years, but the girls just let me know this is the first opening game they’ve won since they’ve been in high school,” said Herb. “So, I think for them, that is almost like a monkey is off their backs, where it’s like, “All right, you know what, we got this first one under our belt — it may have been ugly — but let’s go up from here and let’s show people the team that we can be.’

“I expect to see big things from them as we move forward in the season,” Herb added.

Warrior Run next plays at Central Columbia at 7:30 p.m. Friday.

Milton, which got 12 points and eight rebounds from Crystal Hamilton, hosts Loyalsock on Friday.