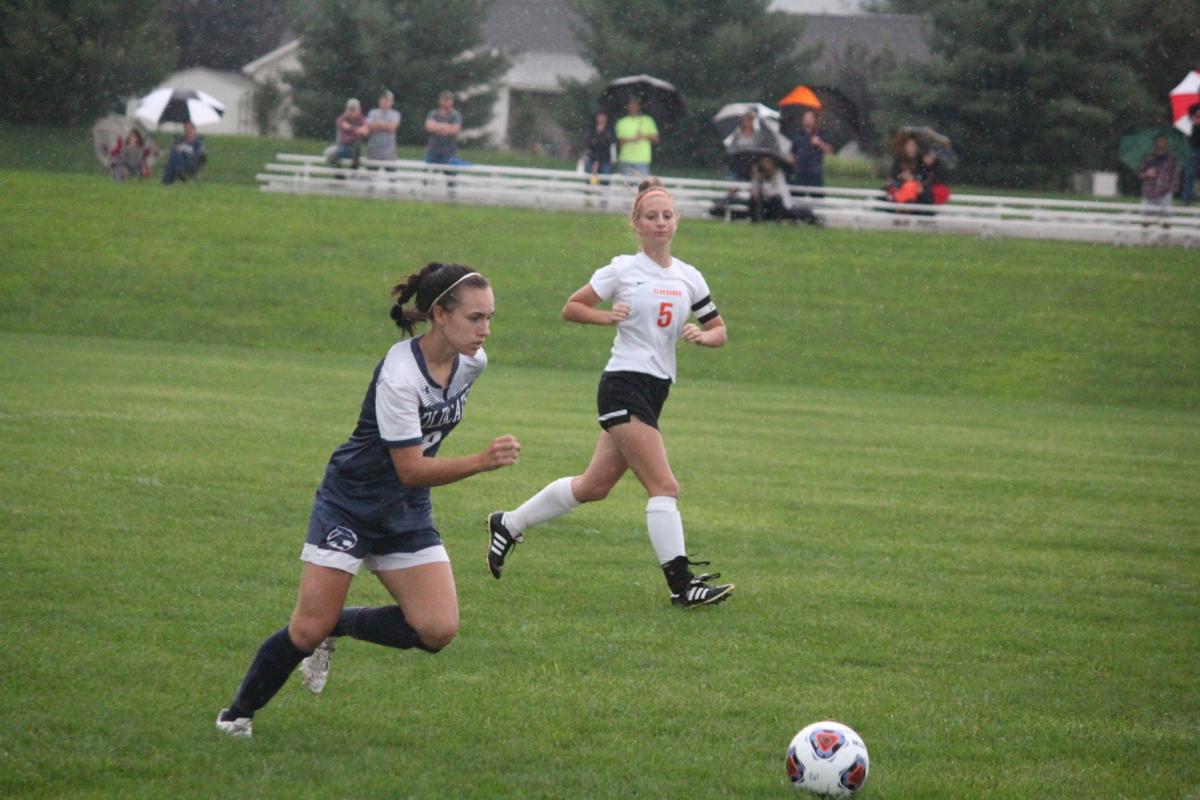 Mifflinburg's Peyton Yocum dribbling the ball up field in a game earlier this season. 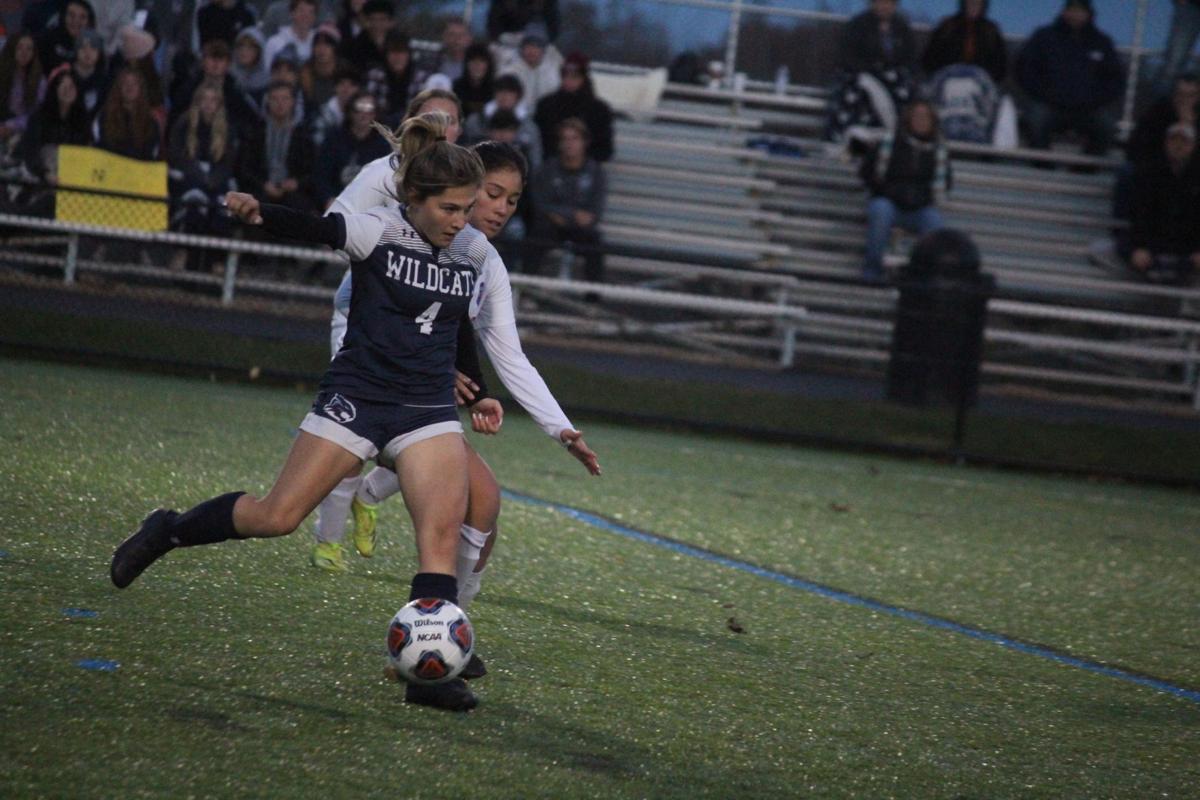 Mifflinburg's Emily Walls sends the ball in during her team's PIAA first-round matchup earlier this month. 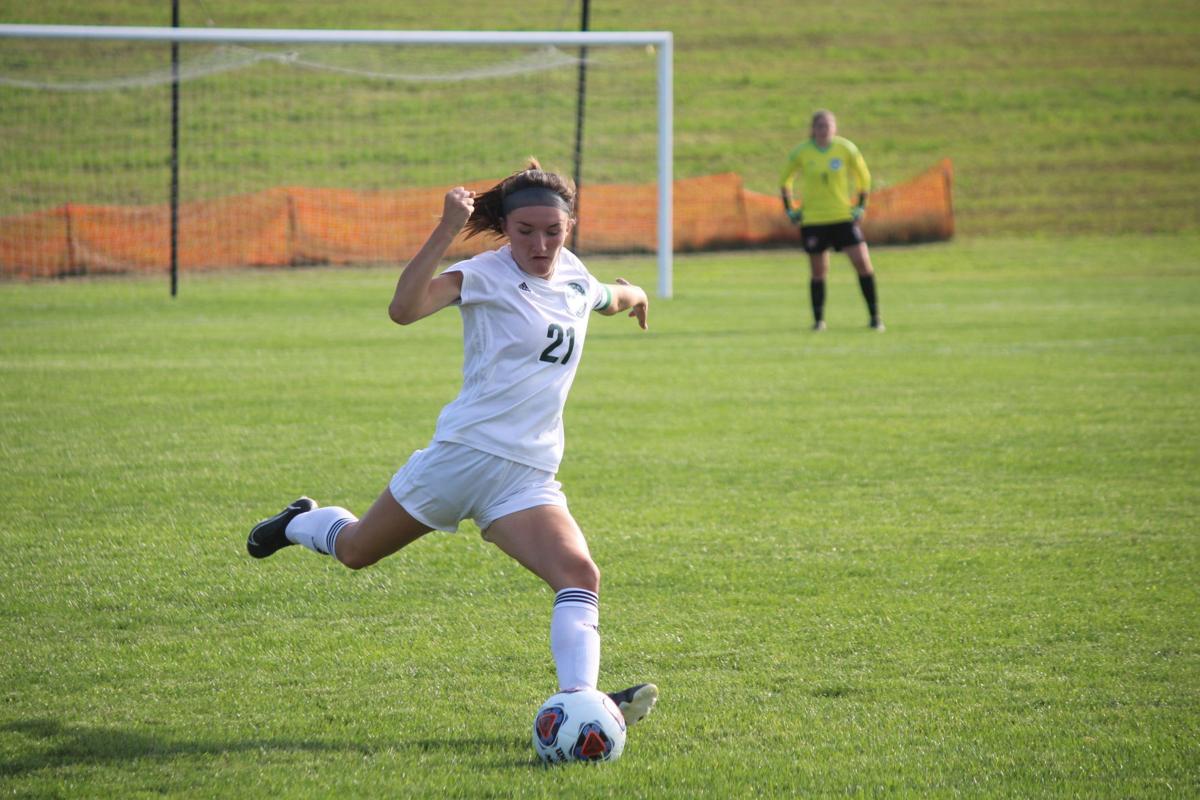 Lewisburg's Elena Malone takes a free kick in a game for the Green Dragons earlier this season. 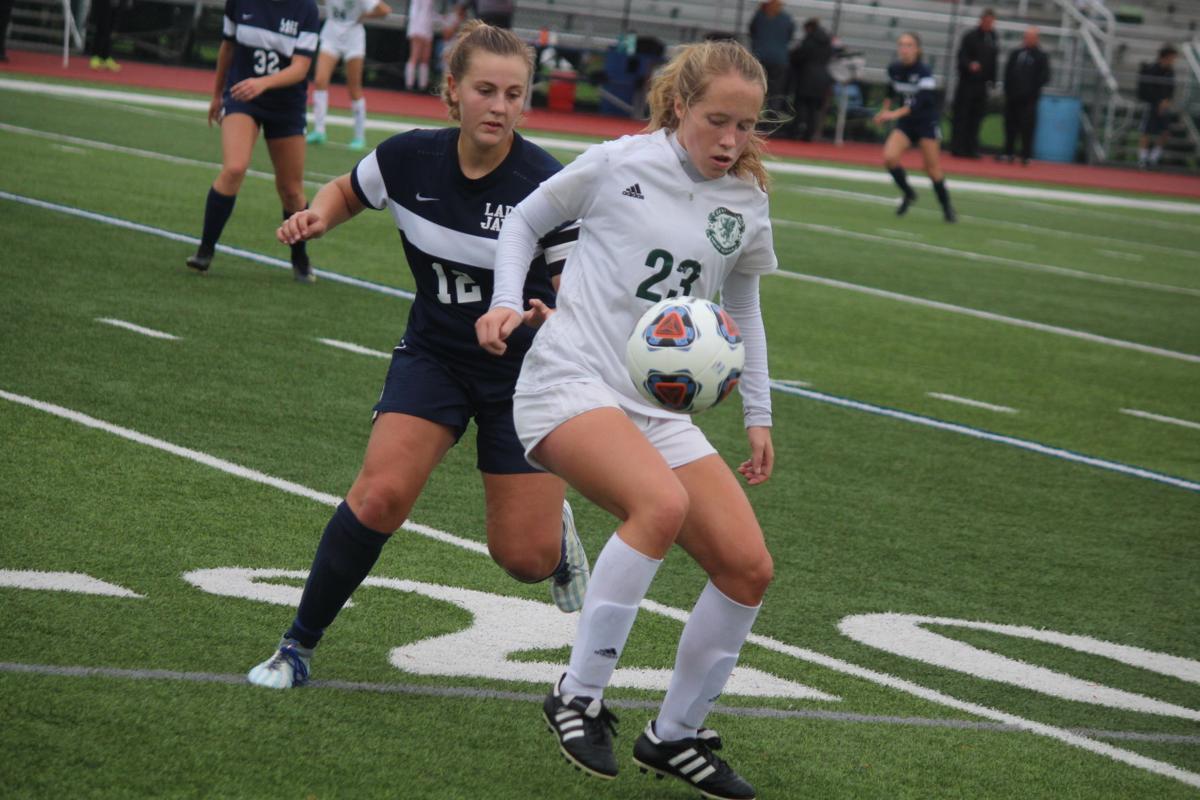 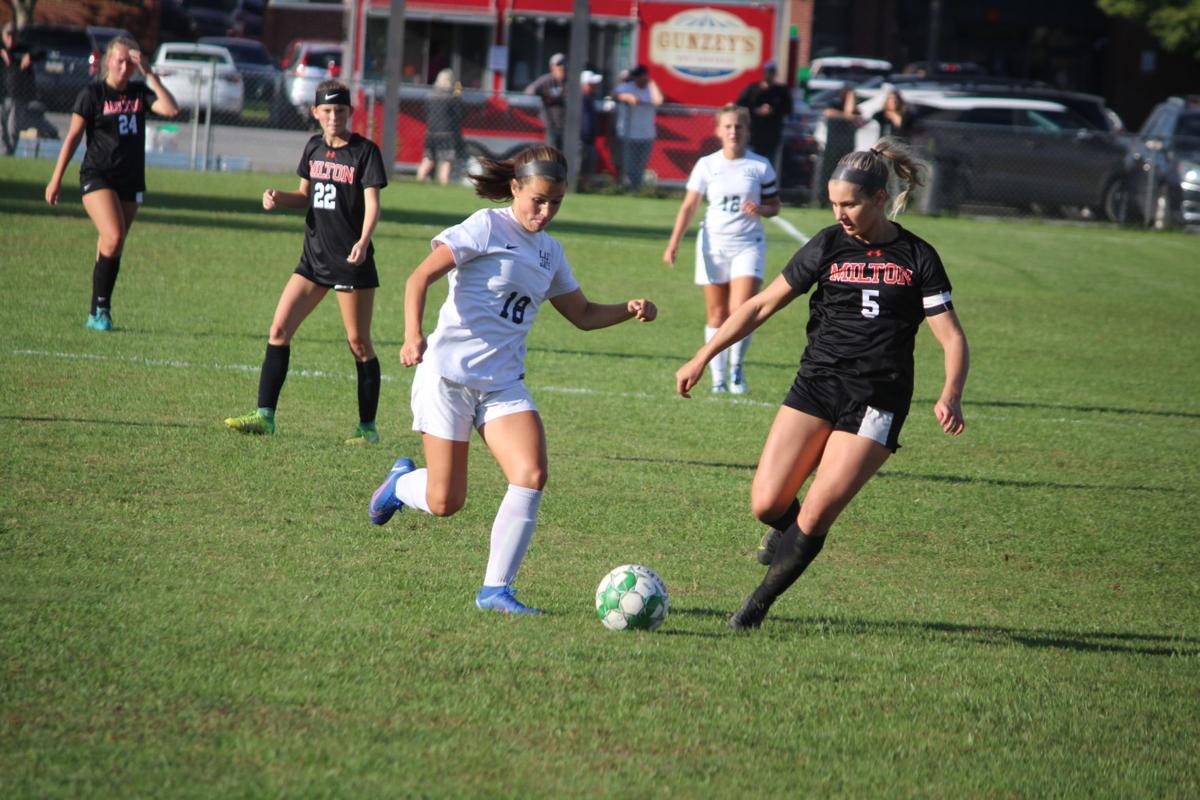 Milton's Janae Bergey battles a Central Columbia defender for possession of the ball earlier this season. 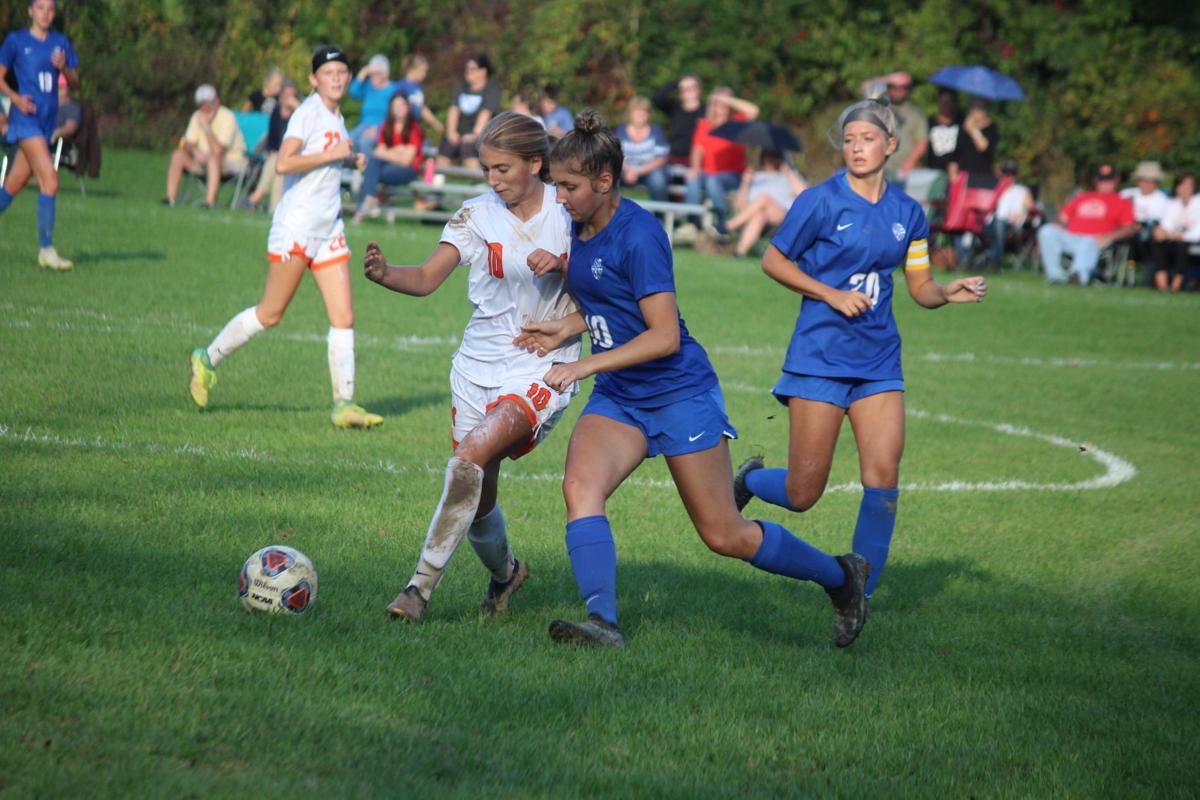 Milton's Leah Walter gets pressure from Warrior Run's Kiley Bohart in a game earlier this season.

Mifflinburg's Peyton Yocum dribbling the ball up field in a game earlier this season.

Mifflinburg's Emily Walls sends the ball in during her team's PIAA first-round matchup earlier this month.

Lewisburg's Elena Malone takes a free kick in a game for the Green Dragons earlier this season.

Milton's Janae Bergey battles a Central Columbia defender for possession of the ball earlier this season.

Milton's Leah Walter gets pressure from Warrior Run's Kiley Bohart in a game earlier this season.

MIFFLINBURG - Fresh off their first-ever District 4 Class 3A championship along with their first trip into the PIAA quarterfinals, Mifflinburg's girls soccer team had five girls selected to Heartland Athletic Conference-I First Team, as selected recently by the league's head coaches.

Yocum was also selected as an All-State selection out of HAC-I.

"It's a great feeling, each one of them deserves the credit and wish we could of gotten more (on the first team). This year was a total team effort," said Mifflinburg coach Erich Hankamer. "Those five made what our season was. It also helps when you have two tough center mids siting behind Peyton."

In addition for Mifflinburg, Hankamer was named Coach of the Year for the first time after taking over the program three years ago.

Hankamer led the Wildcats to a 20-2 overall record, which included a 9-0 mark in conference play to result in the HAC-I title. Mifflinburg went on to claim the district title to advance to the state tournament for the first time in program history.

"It's a nice feeling (to be honored), and it shows that going back to basics has its successful moments. I wouldn't have gotten (the honor) if these girls didn't buy in and push themselves all season. All the credit goes to them," said Mifflinburg's coach. "A lot of the season it was nice and easy to watch, and other (games) I was ready to pull my hair out. Having the success we did and playing the simple game were the best moments and brought back how the game was supposed to be played."

Kilbride scored eight goals to go along with five assists this season, plus her and Malone led the Green Dragons to a 9-7-3 record (4-1-2 HAC-I) and a berth into the District 4 Class 2A playoffs.

"I am very excited about our five, first-team selections, one second-team, and two honorable mention all-stars. They are all very deserving!" said Milton coach Rod Harris. "We had a fantastic season and a great team. We were solid all around at every position.

"It shows how much of a TEAM we actually were being recognized in all of the positions," added Harris.

Defensively for Milton, Reiner was rock solid in goal all season long as she made 150 saves and allowed just 21 goals.

"It's always great to have your top players, especially seniors recognized amongst the League. Its extra special for me this year, since this was my first class when I started coaching four years ago," said Harris of his senior group that compiled a record of 41-29-4 and made two trips into the district semis. "They have accomplished a lot and turned the Milton Girls Soccer program around.

"For the younger players, they are just as much a part of all this team's success!" added Milton's coach. "They will build on everything that we have accomplished over the past four years. It is an exciting time at Milton for both of our soccer programs."