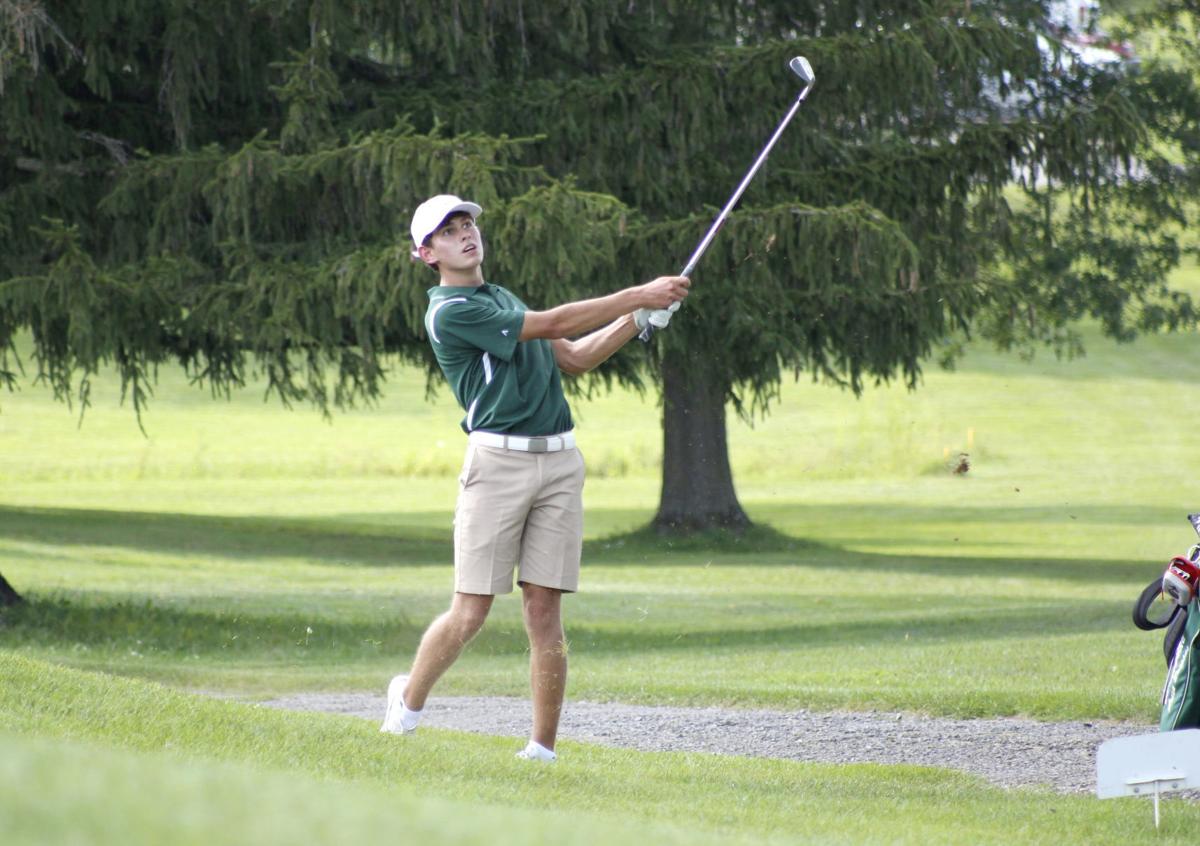 Nick Mahoney follows through on a shot earlier this season. Mahoney won his first District 4 title this season. 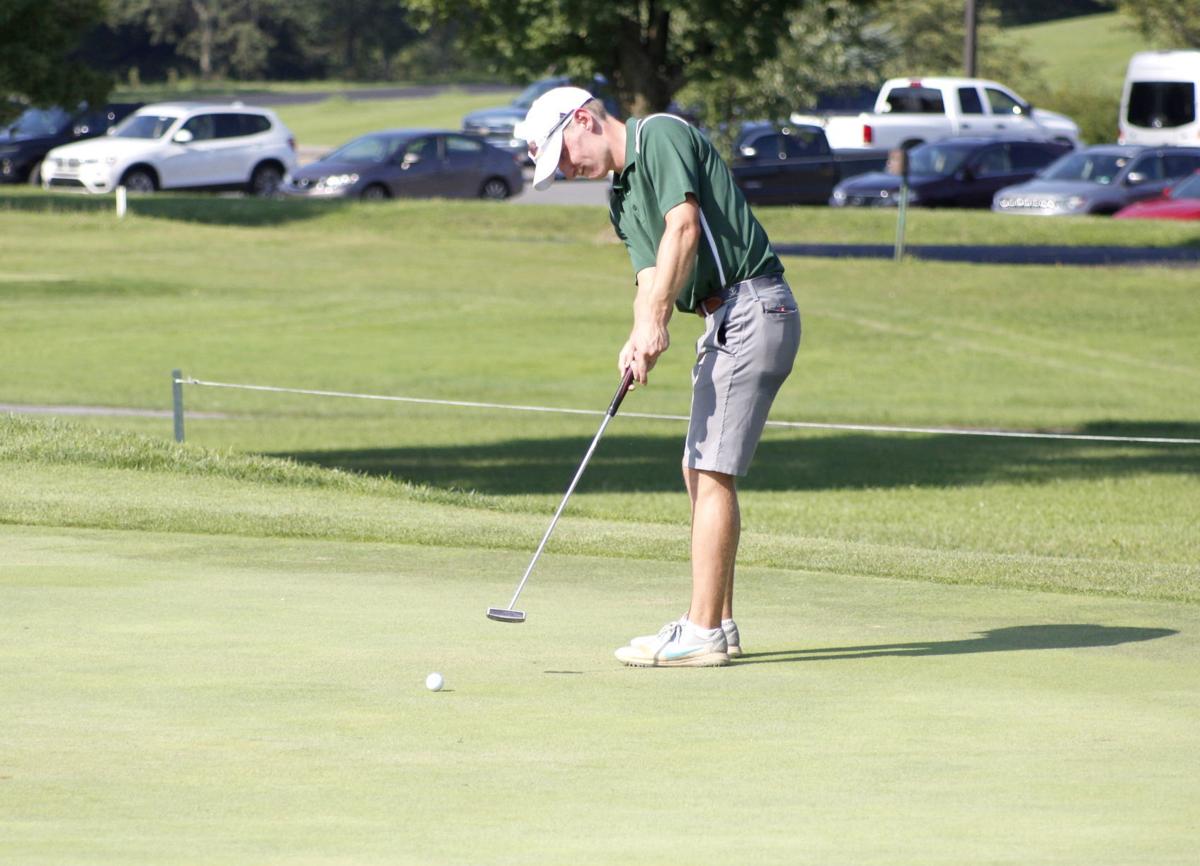 Lewisburg’s Sean Kelly follows through on a putt. The senior makes a return to states this season. 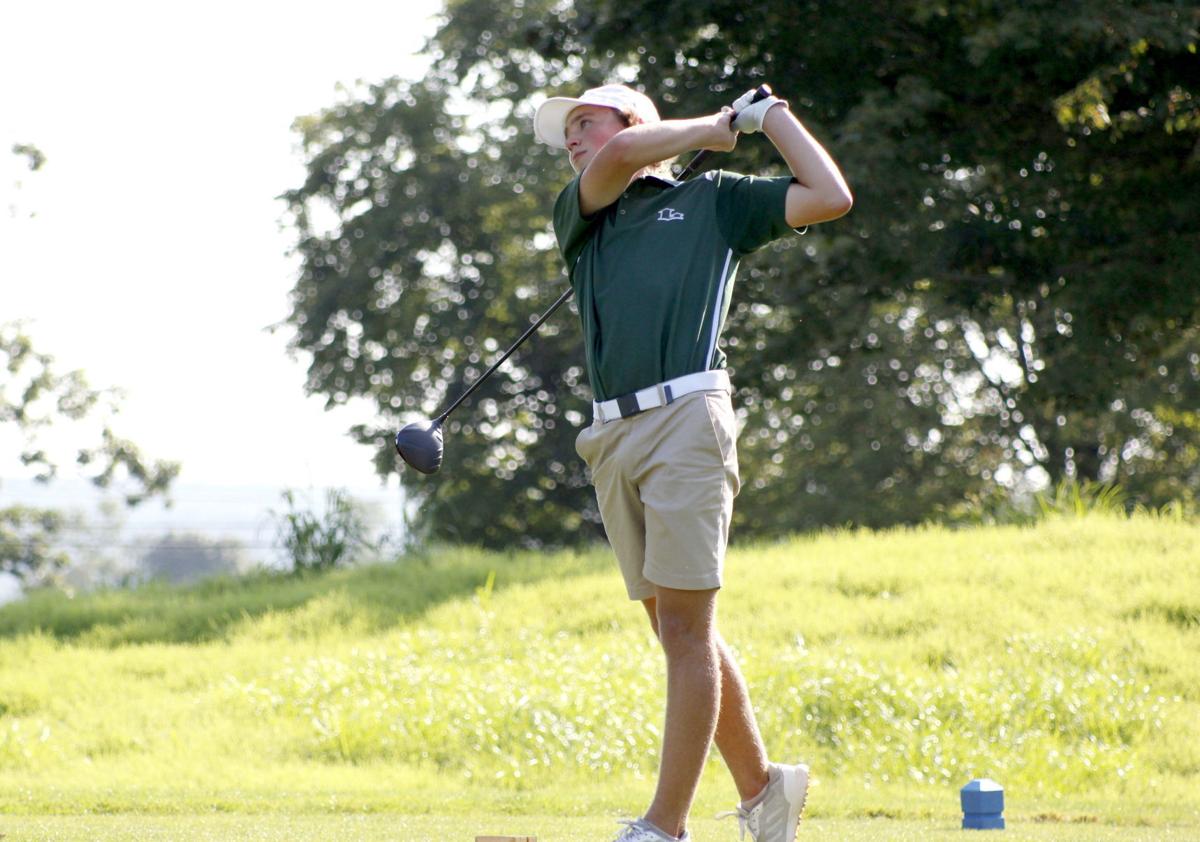 Lewisburg’s Will Gronlund will make his first appearance at states this season.

Nick Mahoney follows through on a shot earlier this season. Mahoney won his first District 4 title this season.

Lewisburg’s Sean Kelly follows through on a putt. The senior makes a return to states this season.

Lewisburg’s Will Gronlund will make his first appearance at states this season.

LEWISBURG – It has been an incredible postseason so far for Lewisburg’s coed golf team, and it’s just heating up.

After claiming the top three spots in the District 4 Class 2A meet late last month, junior Nick Mahoney, plus seniors Sean Kelly and Will Gronlund are set to take part in the PIAA Individual Championship Monday at Heritage Hills Golf Course in York.

All of the preparations are almost over for the trio (aside from a practice round at Heritage Hills on Sunday), so now it’s just time to go out and golf.

“There is not much to be concerned about at this point. I remind myself every day to “control the control-ables” and I try to convey that message to the players,” said Lewisburg coach Joe Faust. “We cannot go into this with concerns, the message has to be that we will be among the top 72 2A golfers in the state and the only thing we have control over is our own swing, decision making, and emotions.

“We have to control what we are in control of. We cannot take our focus off ourselves for one shot. My message to the players will be to keep their focus on their own game for all 18 holes,” added Lewisburg’s coach, whose squad (which also includes seniors Ava Markunas and Zach Gose) will also be competing for a state team title on Monday, Oct. 25 at the same course.

But for Mahoney, his district-winning performance, along with his teammates’ finishes, is a great memory to have, although he’s ready to make some more.

“It was very exciting to win districts this year. It will certainly help with my confidence moving forward as we go to states,” said Mahoney. “It is a great feeling to have — Lewisburg in the top three places of districts and to take it one step further and have our team defeat Scranton Prep in the Sub-Regional event to move on to states — has made it a very incredible experience (so far).

“I am really happy for all of us on the golf team and having Will, Sean and I place in the top three at districts is really a great memory to have, and there is so much more to look forward to over the next several days as we prepare for states individually, and as a team,” added Mahoney.

According to Gronlund, the prospect of him, Nick and Sean accomplishing what they did at districts was something that the trio envisioned early on in the season.

“It was very cool to all finish 1-2-3 at districts. It was something we had talked about at the beginning of the year, and it was just so fun to see it all work out. I personally had a goal of finishing in the top six to qualify for the team round, but when we all played well enough to sweep the podium it was just such a cool feeling,” Gronlund said.

“This is such a special opportunity for our team, no other Lewisburg golf team has ever gone to states, so to be the first team is definitely special. It is not every year that one team sends three golfers to the state tournament, so to be a part of it this year is very special. I am looking forward to the round on Monday to show everyone why I deserve to be there.”

Said Kelly, “I know the three of us worked so hard, so it was cool to see it pay off and it’s really special. I’m not sure the last time a team send three players to states, so we’re excited for the opportunity.”

Mahoney and Kelly both competed at states a year ago, with Mahoney finishing in a tie for 10th with a 77 and Kelly tied for 23rd place with an 81, and the two expect those performances to help them in Monday’s tournament.

“With states less than a week away, I feel prepared as I have worked a lot during the offseason to get to this point. I also had the experience of going to states last year, which will really help me be more prepared Monday. I am focused on making sure I can produce a good score,” said Mahoney.

“I feel pretty confident and this past month I have been playing pretty well and having the experience from last year at states will help calm my nerves. One of my goals going into Monday’s championship is to definitely place in the top 10 again and improve on that ranking hopefully.”

Kelly, especially, is looking to better his finish from last October.

“My goal for every tournament is to come out with the win, so that is my goal for this one, too, but a top-5 or top-10 finish would be really cool as well,” he said. “I’ve played the course a few times, so the experience there will really help with strategy off the tee — there are a few tough tee shots so it’s good to have a plan going in.

“With it only being a one-day tournament, every part of the game is important. The most important thing is to limit bogeys and double (bogeys),” Kelly added.

Gronlund, however, will be appearing at states for the first time. His trip to York was made possible, in part, by witnessing what Mahoney and Kelly did a year ago.

“I am very excited to compete at states for the first time. Seeing both Nick and Sean go individually last year made me want to work that much harder to get there this year. I am excited to be going this year, and I can’t wait to take on Heritage Hills and play a good overall round of golf,” Gronlund said.

“Since individual states is now less than a week away, I am trying to stay focused and keep my head in the right place. I know I have the ability to compete and do well at states, it’s just a matter of staying focused and executing the right shots. This week I will be focusing a lot on chipping and putting, which I know I can improve on a lot from districts.”

Said Faust, “While this is Will’s first trip to states, it is not his first tournament at Heritage Hills. All three guys played in a Philly PGA Jr event there last week. So, I would say the key for Will is getting course knowledge, and that is what he did last week. We also will be playing a practice round on Sunday. Will has the right mindset and composure for this type of event. He knows that one bad shot doesn’t destroy the hole, and one bad hole doesn’t destroy a round. “

Along with staying away from bogeys and keeping out of the hazards, putting and staying on the greens will be the name of the game for the trio.

“Parts of my game which will be key for Monday will be putting and making sure that I hit as many greens as possible in regulation,” said Mahoney.

“When it comes down to driving, I can usually get off the tee pretty well, it just comes down to making a good shot onto the green and trying to put myself in good positions to make easy pars and try to make some birdies. Chipping and putting will be key for me shooting a good round on Monday,” he said.

“The one main goal I have would be to shoot in the 70’s, which in last year’s results would’ve put me in the top 15 golfers in the state,” Gronlund added. “I am confident going into states coming off of three good rounds of golf at districts and the sub-regional tournament. I can definitely improve on a lot of little details and drop my score a couple of shots.”

Another benefit to Mahoney, Kelly and Gronlund going into individual states, according to Faust, is the fact that the team championship isn’t until the following week.

“I’m glad the team event is a week later this year, so it doesn’t distract from the individual event. I don’t believe any of these guys have even thought of that event other than they are happy to get a few rounds in on this course,” said Lewisburg’s coach. “Once (this) Monday ends, we’ll look forward to the following week. For now, we stay focused on what is next and that is competing for the individual gold medal!

“Success is measured in so many ways. To produce their best finish at states I think they just need to stay away from an “other” on their scorecard,” added coach Faust. “There is not much room for error at this level. So, if we could keep our mistakes to a minimum and make on-course decisions that prevent a big number on a hole, we’ll be fine!