Starting at
$1.00 for 1 day
Get Started
View all rates
You are the owner of this article.
Edit Article Add New Article
You have permission to edit this article.
Edit
Welcome, Guest
Home
News
Sports
Obits
Opinion
Celebrations
PA Classifieds
e-Edition
Local Events
Advertising
Legals
Classifieds
1 of 6 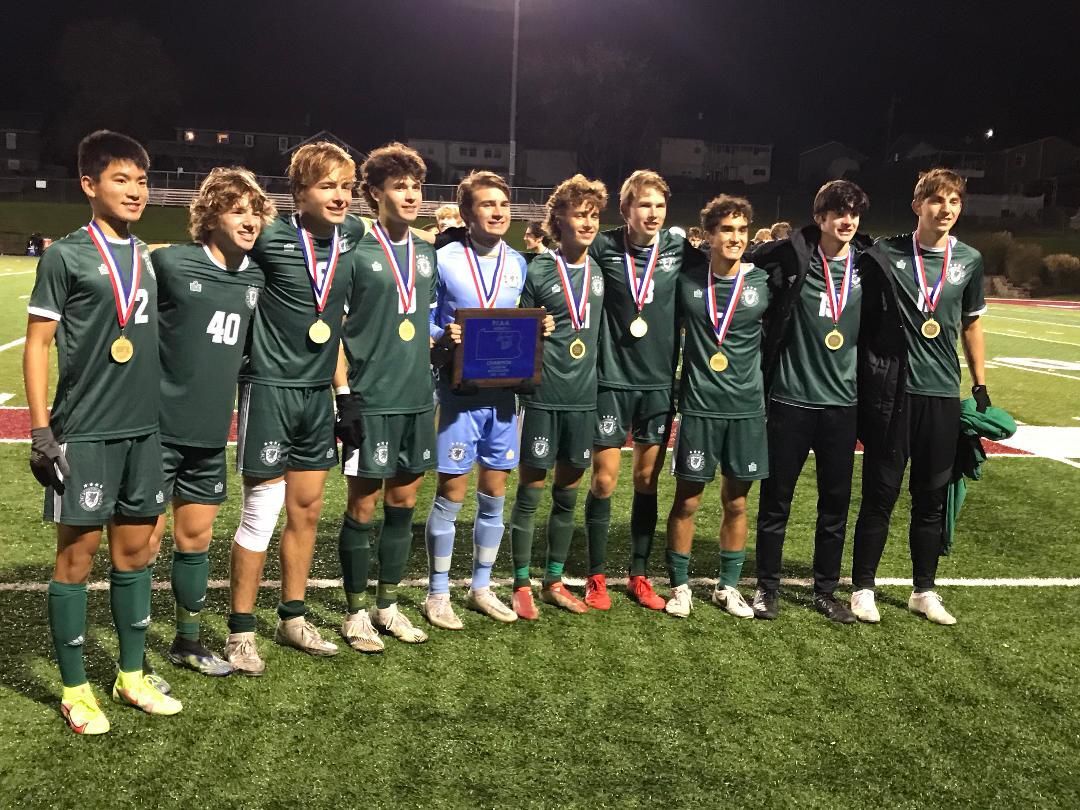 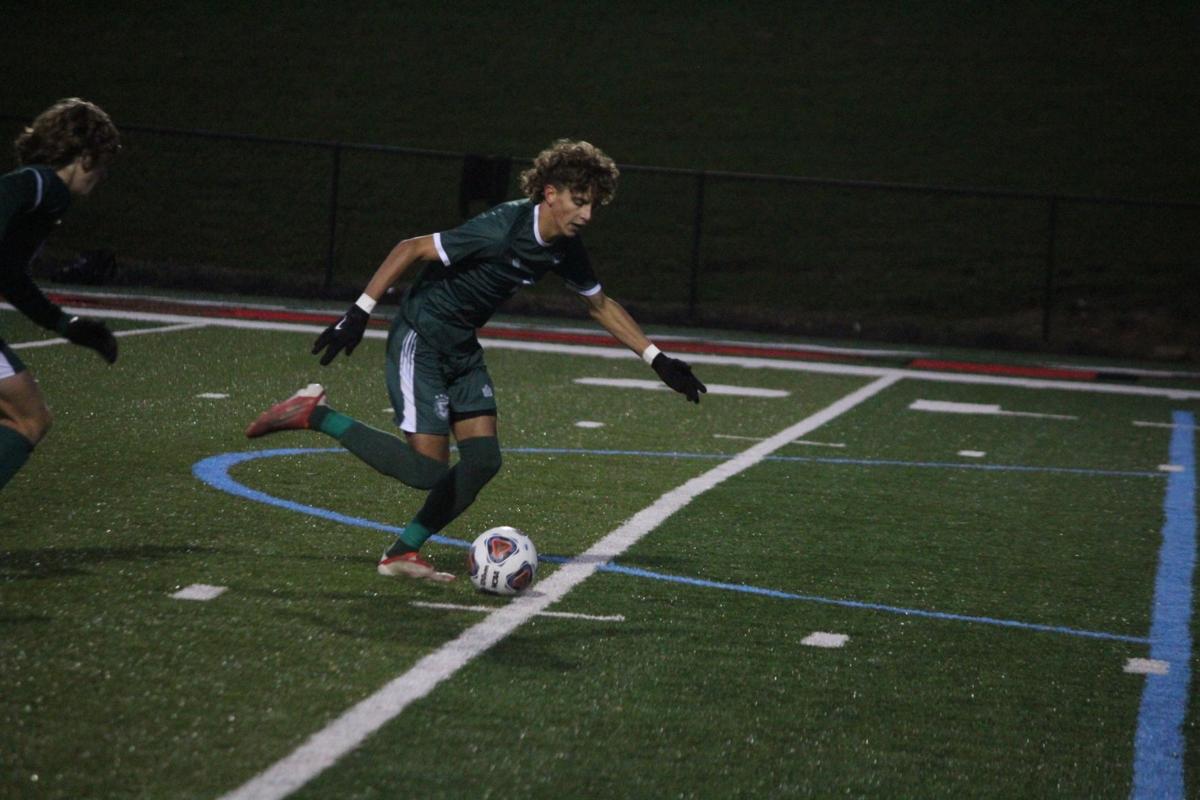 Lewisburg’s Philip Permyashkin dribbles towards Midd-West’s goal prior to getting off a shot on goal in the first half of Thursday’s District 4 Class 2A final. 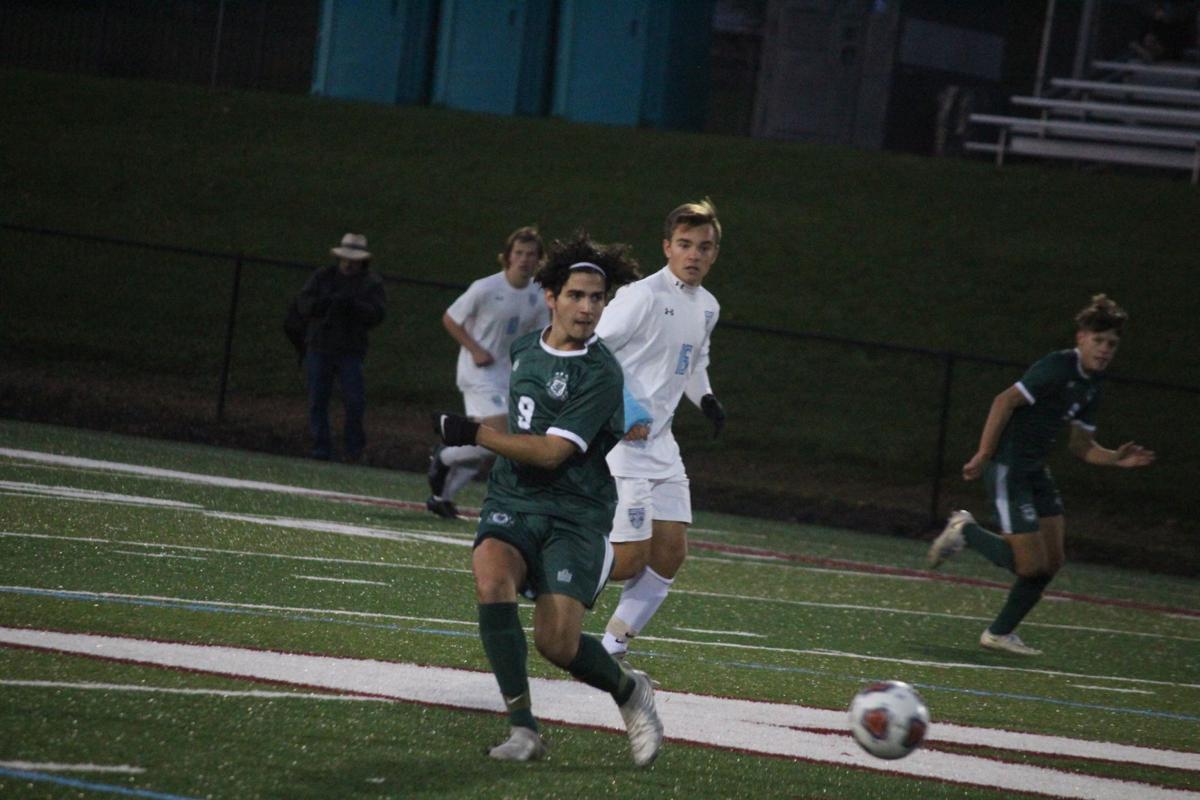 Lewisburg’s Alfred Romano passes the ball to a teammate in the first half of Thursday’s 3-0 District 4 win over Midd-West at Loyalsock Township High School. 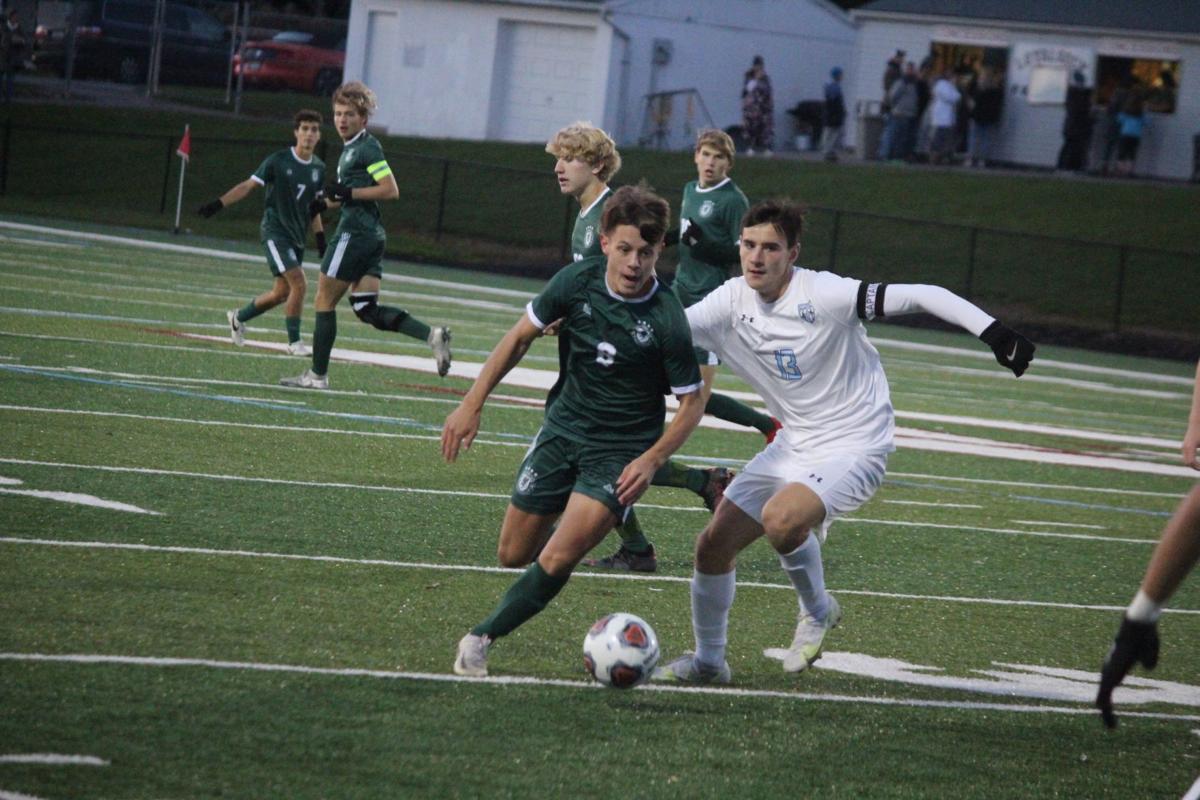 Lewisburg’s Reese Dieffenderfer beats Midd-West’s Nick Eppley to the ball early in the first half of the Class 2A championship game. 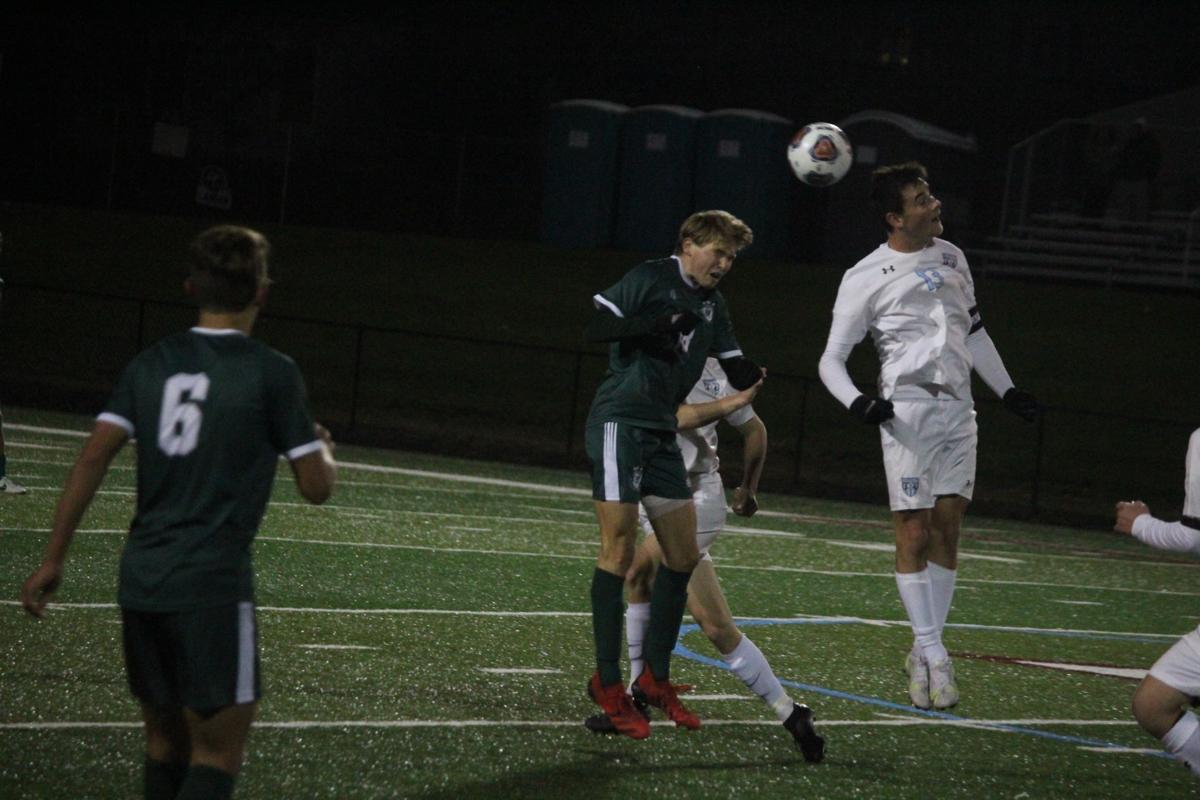 Lewisburg’s Rudy Kristjanson-Gural heads a 50-50 ball away from Midd-West’s Nick Eppley near midfield in the first half of Thursday’s district final. 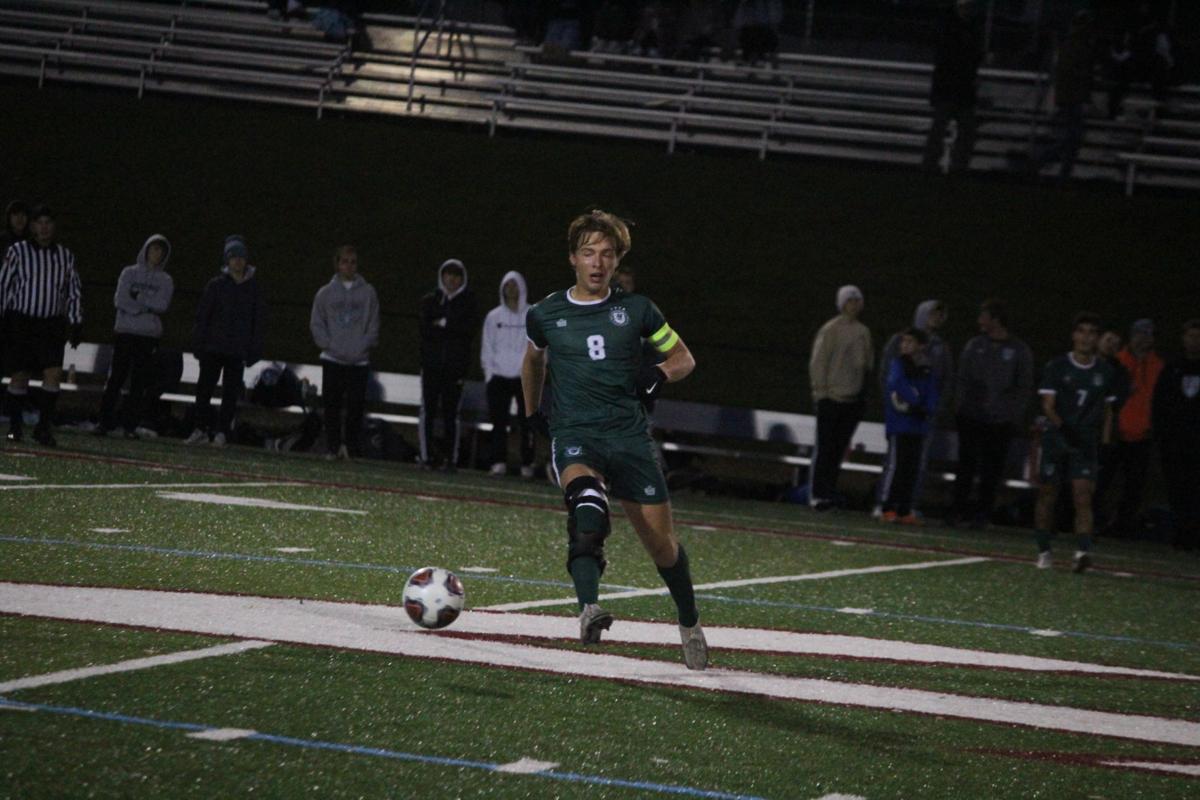 Simon Stumbris works the ball out of Lewisburg’s end of the field in the second half of Thursday’s District 4 Class 2A final against Midd-West. Stumbris had a goal and an assist in the 3-0 victory.

Lewisburg’s Philip Permyashkin dribbles towards Midd-West’s goal prior to getting off a shot on goal in the first half of Thursday’s District 4 Class 2A final.

Lewisburg’s Alfred Romano passes the ball to a teammate in the first half of Thursday’s 3-0 District 4 win over Midd-West at Loyalsock Township High School.

Lewisburg’s Reese Dieffenderfer beats Midd-West’s Nick Eppley to the ball early in the first half of the Class 2A championship game.

Lewisburg’s Rudy Kristjanson-Gural heads a 50-50 ball away from Midd-West’s Nick Eppley near midfield in the first half of Thursday’s district final.

Simon Stumbris works the ball out of Lewisburg’s end of the field in the second half of Thursday’s District 4 Class 2A final against Midd-West. Stumbris had a goal and an assist in the 3-0 victory.

But that would be a big mistake.

Behind the play of seniors Philip Permyashkin and Simon Stumbris, No. 1-seeded Lewisburg captured its third straight District 4 Class 2A title Thursday with a 3-0 victory over No. 2 Midd-West at Loyalsock Township’s Kenneth H. Robbins Stadium.

Permyashkin and Stumbris each scored a goal on the night, with the latter also getting an assist, to help give the Green Dragons their sixth win over the Mustangs in the district finals in the last seven years.

“It’s always nice to beat Midd-West, but they are (a tough team) and it’s not an easy win regardless of what the scores have been. Some (games) have been nail-biters and some have been a little bit more relaxed for us, but they’ve always been tough. Nothing comes easy against Midd-West,” said Lewisburg coach Ben Kettlewell, whose team will face the District 3 runner-up, either Lancaster Mennonite or Oley Valley, in the first round of states on Tuesday at a site and time to be determined.

“It says a lot (that the current seniors can win districts again). These guys were determined and these guys were right there with the group from last year, and so they went through all those practices and the competition they had, and they kind of held a standard. They knew what they were capable of and I think a lot of people overlooked them, but they knew they shouldn’t be overlooked.”

When Lewisburg (17-1-1) edged Midd-West (19-2) 1-0 back on Oct. 4, Kettlewell said his Green Dragons learned a lot from the contest. The big difference, however, between that win and Thursday’s triumph was the return of a couple of key cogs in Stumbris and Nick Passaniti.

“We learned a couple of different tactical things just watching the film on them,” said Kettlewell. “Having Simon and Nick back really helped, but we also were in that part of the season where we were in kind of a more rotational (lineup) and we were learning stuff about our team.

“But, I think we’re still coming on, and hopefully we keep getting better each game,” added Lewisburg’s coach.

Stumbris and Permyashkin got it all started for the Green Dragons when a penalty by the Mustangs set up a direct kick by Stumbris from the Lewisburg 45.

Despite the distance, Stumbris’ kick was spot on. It landed right at the feet of Permyashkin for the touch goal inside the right post 16:06 into the game.

“Simon played the long ball, and we’ve been working on our free kicks, especially from that area,” said Permyashkin. “I knew to make the far post run, and I was honestly kind of expecting someone to else to run across, but the ball went so far over the defender’s head I just touched it in.

“It felt really good to get it in. Our game plan today was just to get one early and take the fans out of it and get their energy down,” Permyashkin added. “It feels amazing (to be district champs), and it never gets old.”

For more than 41 minutes the lead remained 1-0, but that was until Alfred Romano scored unassisted with 23:46 remaining.

“Yeah, I felt Alfred was knocking at the door, and it was just a matter of time until he got his moment to score and slot the ball past a good goalkeeper,” said Kettlewell. “But yeah, definitely, when Alfred scored his goal I felt like it settled us down from being kind of nervous in the first 5-10 minutes of the second half.”

The goal was extremely satisfying for Romano, who’s been dealing with an ailing back.

“I feel great. For myself especially, because I have a hurt back right now. I wasn’t even sure if I was supposed to play today, but I came out and I just wanted to score,” said Romano. “I don’t really know what happened on the goal, but I remember I got the ball on my dominant foot and I just turned it and shot it into the side of the net.”

Ten minutes later Stumbris scored the clincher following another long direct kick, this time from the Midd-West 35, which went in untouched over the head of Mustangs’ keeper Cole Keister.

“On the sideline coach Kettlewell told me to be courageous, and I know that means to shoot the ball, so I was like, ‘All right,’” said Stumbris. “I talked to Carter (Hoover) first and I said, ‘Are you okay with (me taking the kick) because I’m just going to go for it.’ He’s like, ‘Do whatever you want,’ so I said ‘Okay,’ and I just shot it.”

Said Kettlewell on Stumbris’ kick, “He did it last year, so it’s something we know he’s capable of. We just need him to be willing to be courageous and do that. So, he picks and chooses his moments when he wants to do that. He’s got that in him when he wants to do it, and he’s a heck of a player.”

Now, it’s on to the state playoffs for Lewisburg where Permyashkin, for one, is looking for a repeat performance from a year ago when the Green Dragons captured their fourth championship since 2000 (the other titles came in 2015 and 16).

“Yes, of course (we want to repeat). That’s the goal,” said Permyashkin. “We made it this far, so we might as well go for a run (at the title) again.”