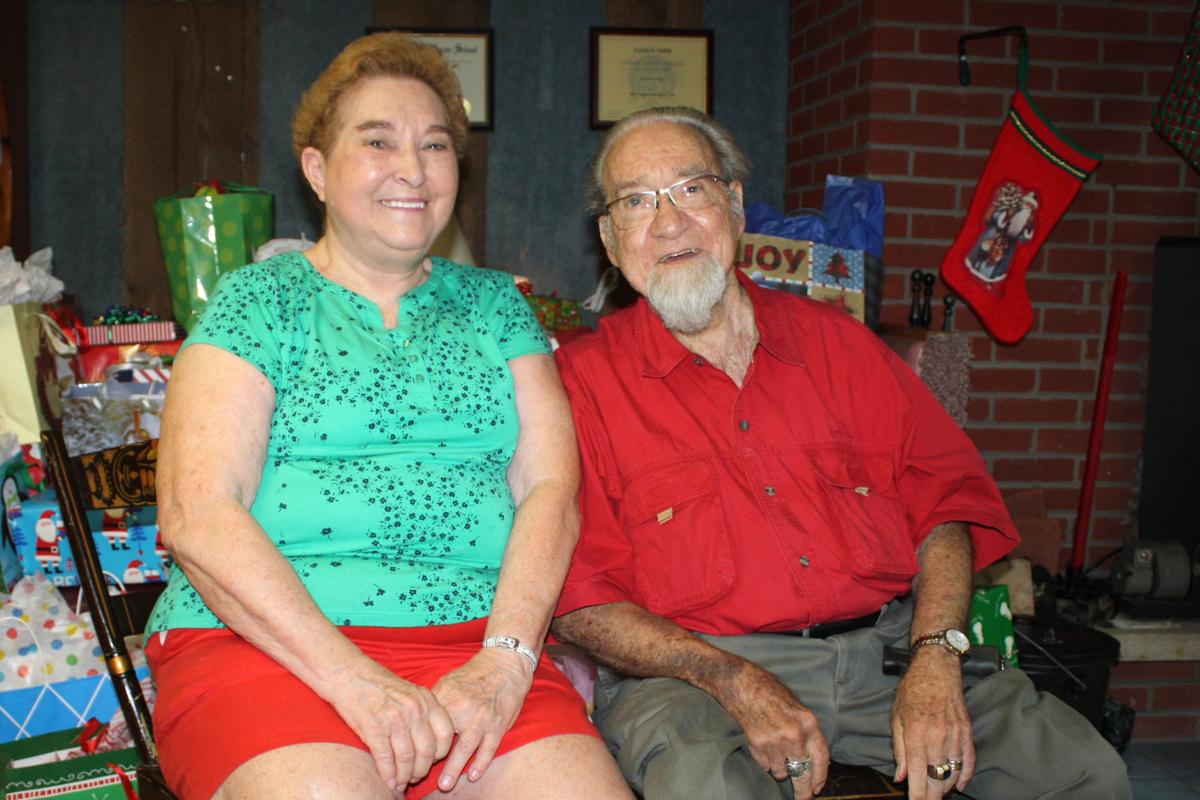 Lynda and Tucker Smith, amid family members and gifts, finally got to host Christmas 2020 at their Lewisburg home. 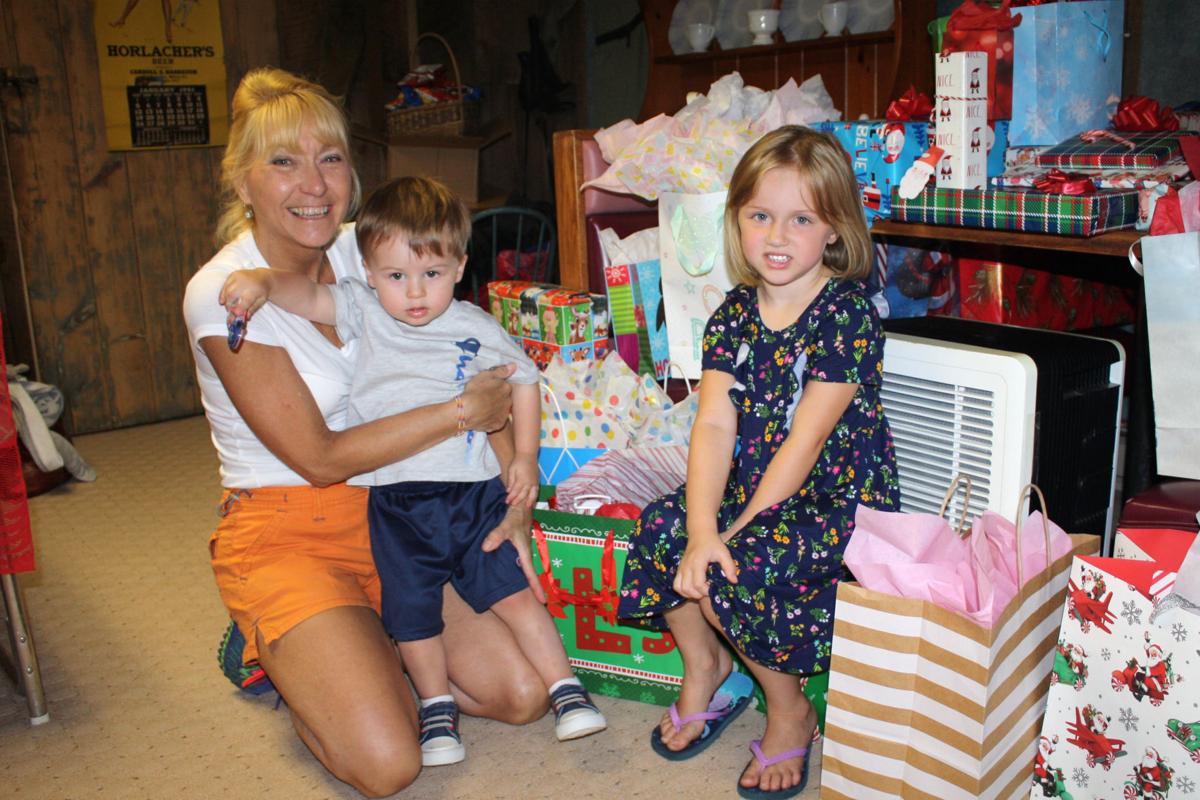 Lynlee Graffunder, Lucas Shoemaker and Elizabeth Atkinson, gathered with over a dozen other Smith family members for 'Christmas in July.' 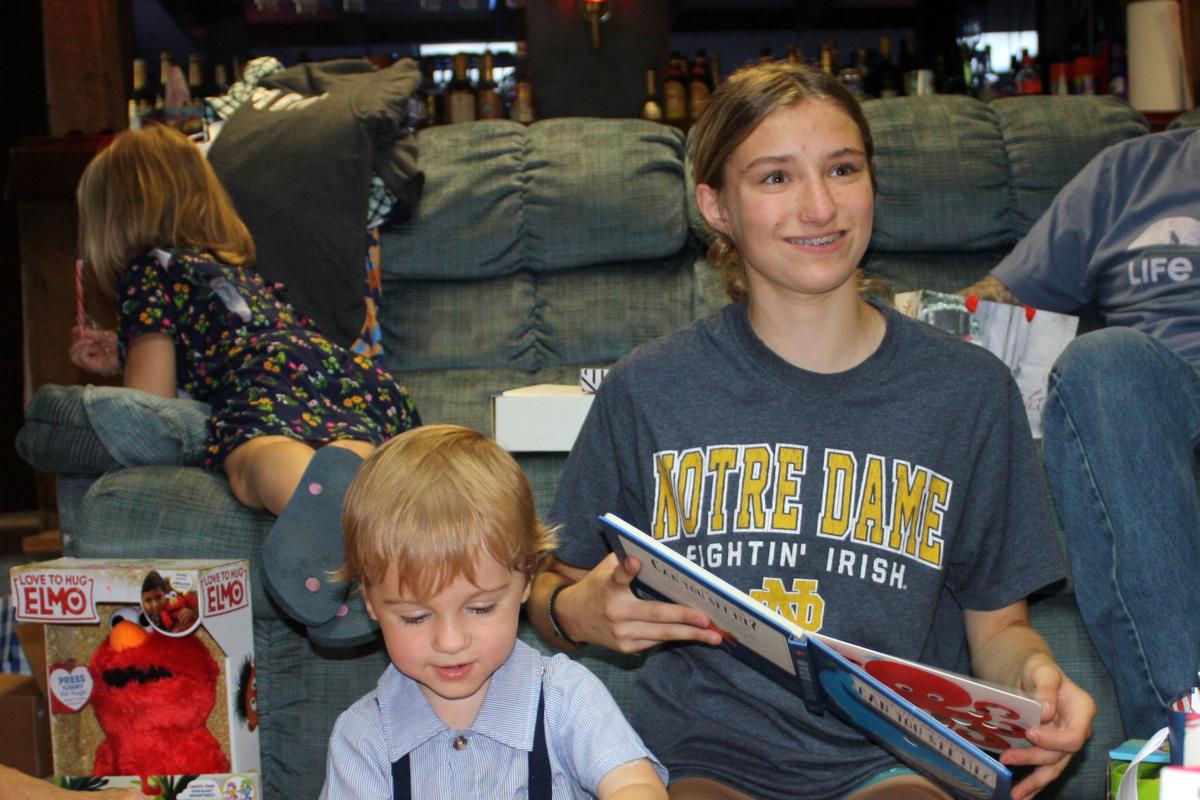 Collin Atkinson and Hannah Atkinson celebrated 'Christmas in July' at the Lewisburg home of Lynda and Tucker Smith.

Lynda and Tucker Smith, amid family members and gifts, finally got to host Christmas 2020 at their Lewisburg home.

Lynlee Graffunder, Lucas Shoemaker and Elizabeth Atkinson, gathered with over a dozen other Smith family members for 'Christmas in July.'

Collin Atkinson and Hannah Atkinson celebrated 'Christmas in July' at the Lewisburg home of Lynda and Tucker Smith.

But when it did on Sunday, July 18, the get-together by Lynda and Tucker Smith of the Lewisburg area didn't miss a beat. They hosted more than dozen family members at their Hilltop Road home.

The Smith's wicker reindeer was decorated with lights and Christmas balls. Snacks were on the table and good cheer circulated as holiday music played in the background.

Gifts were still wrapped for the three-times-delayed gathering, then opened with a flourish. Hugs, smooches and "thank yous" then followed as if no time had passed since the "normal" dates for the holiday.

Lynlee Graffunder, one of three Smith daughters, said the family ordinarily gathers the weekend after Christmas. But COVID-19 was spreading at the end of December 2020.

"We could not celebrate Christmas as scheduled," Graffunder said. "None of us were vaccinated."

Lynda added that they were hoping to do Christmas in May, but granddaughter Hannah Atkinson had come down with the virus.

Atkinson, a Pottsville High School student, was not eligible for a vaccination at the the time. Though not hospitalized, she explained how the timing wasn't great.

"I was asymptomatic for two weeks," Atkinson said. "Then the day I got out, I had symptoms. I was quarantined for a month."

Lynda added the family then attempted to do Christmas on Sunday, June 20, but some members did not want to take away from Father's Day. "Christmas in July" then seemed like the best way to go.

Noticeable concessions to the actual time of year were few and included decoration with sunflowers rather than poinsettia. Daughter Amanda Smith grew them in her Lewisburg garden. Lynda made peach ice cream, which she noted couldn't be done in the winter.

Though some family members did their best to dress in red or green, shorts and other summer wear prevailed.

"When  I got dressed this morning, I wanted to wear Christmas colors, but I do not have any summer attire in Christmas colors," said Graffunder, of Selinsgrove. "It just felt funny. Then I wondered what my neighbors were thinking all the while I was loading Christmas presents this morning."

Tucker, known for submitting records of barometric pressure, temperature and precipitation to The Standard-Journal, said the festivities were the "real deal" in spite of the date on the calendar.

'It was just odd coming here and having a fan instead of a fireplace," Lynlee added. "We're going to make it as festive as possible, keep cool and think of snow!"

Lynda and Tucker, both retired, looked on lovingly as their children, spouses, grandchildren and great-grandchildren continued their gift exchange and merriment. The spirit of the holiday, Lynlee concluded, was what family members brought to it in their hearts rather than the date on the calendar.

And as Lynda added, the actual Christmas Eve was only five months away.