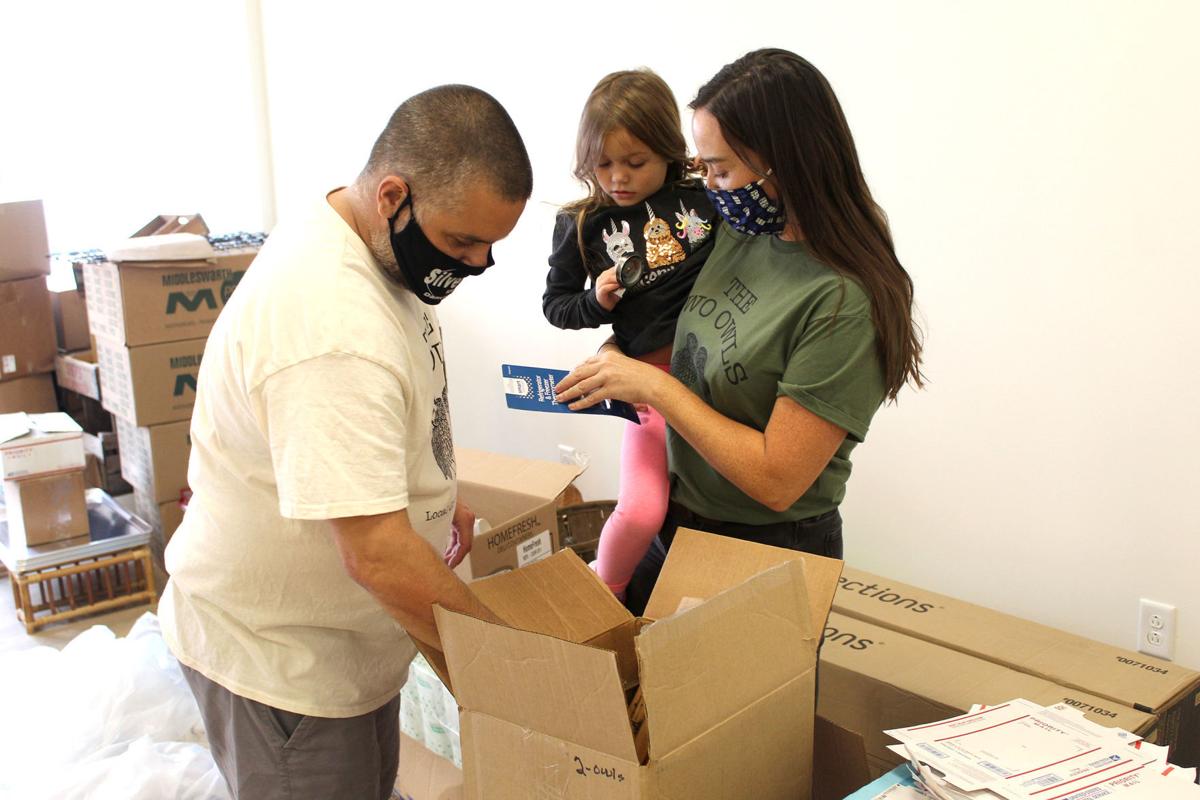 From left, Jeremy Gordon, his 5-year-old daughter Jade Gordon and Nicole Will sorted through boxes while preparing for the opening of their new business, The Two Owls. 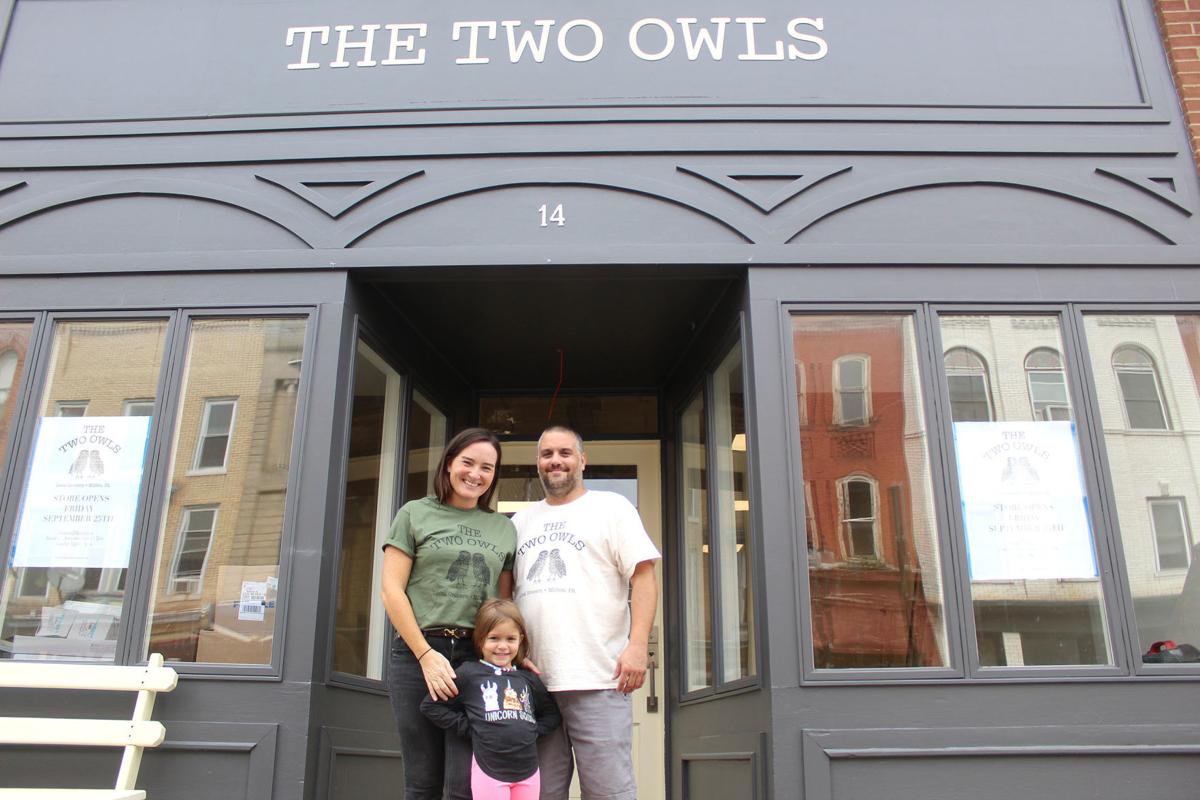 Nicole Will and Jeremy Gordon, along with Gordon’s 5-year-old daughter Jade, stand in front of their new business, The Two Owls, which will open Sept. 25 in Milton. 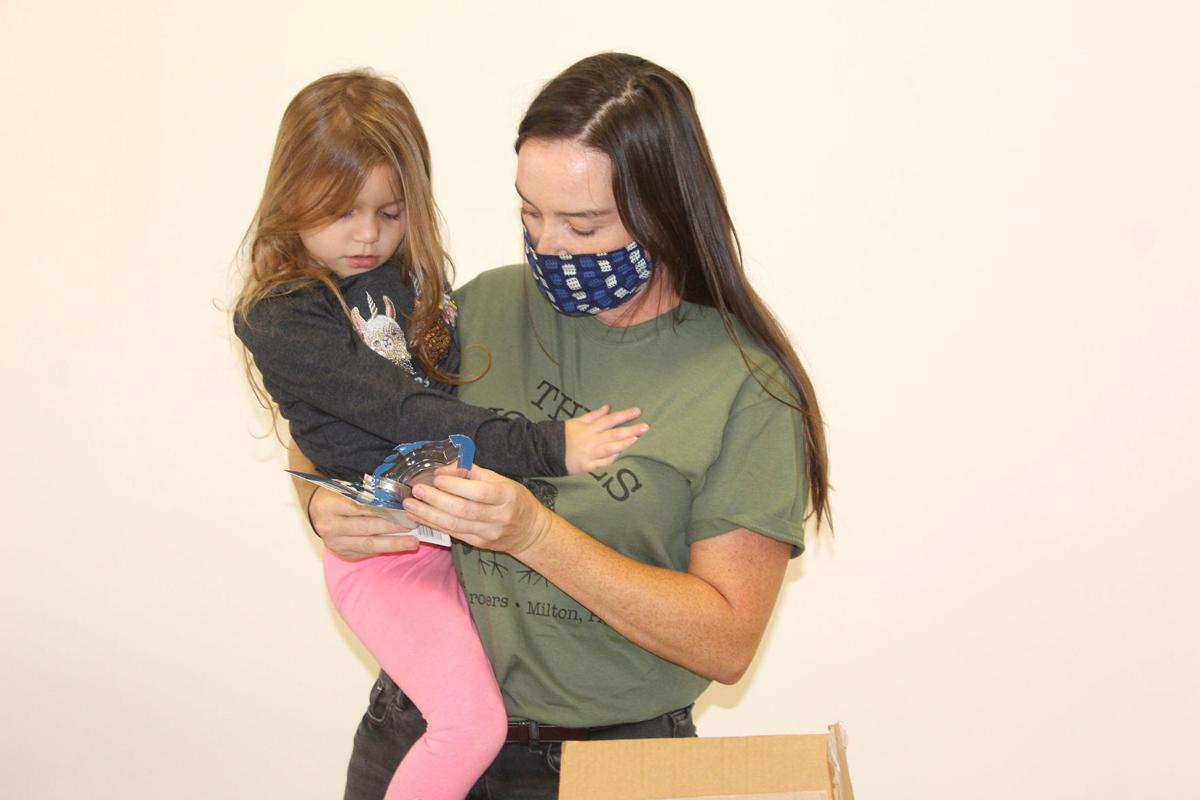 Nicole Will held 5-year-old Jade Gordon while sorting through boxes in order to prepare for the Sept. 25 opening of The Two Owls.

From left, Jeremy Gordon, his 5-year-old daughter Jade Gordon and Nicole Will sorted through boxes while preparing for the opening of their new business, The Two Owls.

Nicole Will and Jeremy Gordon, along with Gordon’s 5-year-old daughter Jade, stand in front of their new business, The Two Owls, which will open Sept. 25 in Milton.

Nicole Will held 5-year-old Jade Gordon while sorting through boxes in order to prepare for the Sept. 25 opening of The Two Owls.

MILTON — The phrase “the two owls” holds a deeply special meaning for Nicole Will.

“It has sentimental value and reminds me of a friend I lost, Catherine Cole, when we were 31 years old,” Will explained. “She and I and another friend had a pipe dream we would open a business together.”

Will and Cole were living in California at the time.

After Cole had fallen ill, Will went to visit her and discovered she had a mug featuring a Japanese design and the phrase “the two owls.”

When Will first saw the mug she thought maybe Cole had stolen her mug. Unknown to both until that day, they both had the same mug.

Will has carried that phrase with her since her friend passed away. The words “The Two Owls” now appear above the door of a downtown Milton business, which will be opening Friday, Sept. 25, at 14 Broadway.

Will is opening the business with her significant other, Jeremy Gordon.

The two, who have been together for 18 months, have been talking for the past year about opening a business together.

Will moved to Milton after living in New York City for 13 years. She managed art galleries there, and noted that she has was attracted to Central Pennsylvania as she has friends in the area.

Gordon, who is from Benton, grew up on a farm and has worked in the restaurant industry.

“The whole process (of opening a store), we’ve been thinking about for a year,” Gordon said. “When quarantine hit, we both lost our jobs.”

“Quarantine offered us this opportunity, and we will try to take it,” Will said. “We were thinking about what was essential, what would an essential business look like in our town.”

“We thought about how our neighborhood and our community could benefit from this type of business,” Will said.

“We are focusing on local, as much as we can,” Gordon said. “Local honey, flowers, produce, meats, cheeses, milk... We are also going to bring in some products from Philadelphia, some breads, some cheeses.”

The store will be located in a renovated space where The Red Lancer had operated for years.

Will and Gordon just gained access to the store space this week and will be working full force to prepare for the opening.

“We are starting small, but with a lot of hope for growth,” Will said.

The two credited their landlord Uptown Dwellings — along with neighboring businesses such as Leeser’s Shoe Store and Against the Grain Barbershop — with welcoming them to the downtown business district.

“One of the things that’s a priority for us is being of service to the community,” Will said. “We are open to ideas. We want to offer convenience, quality.