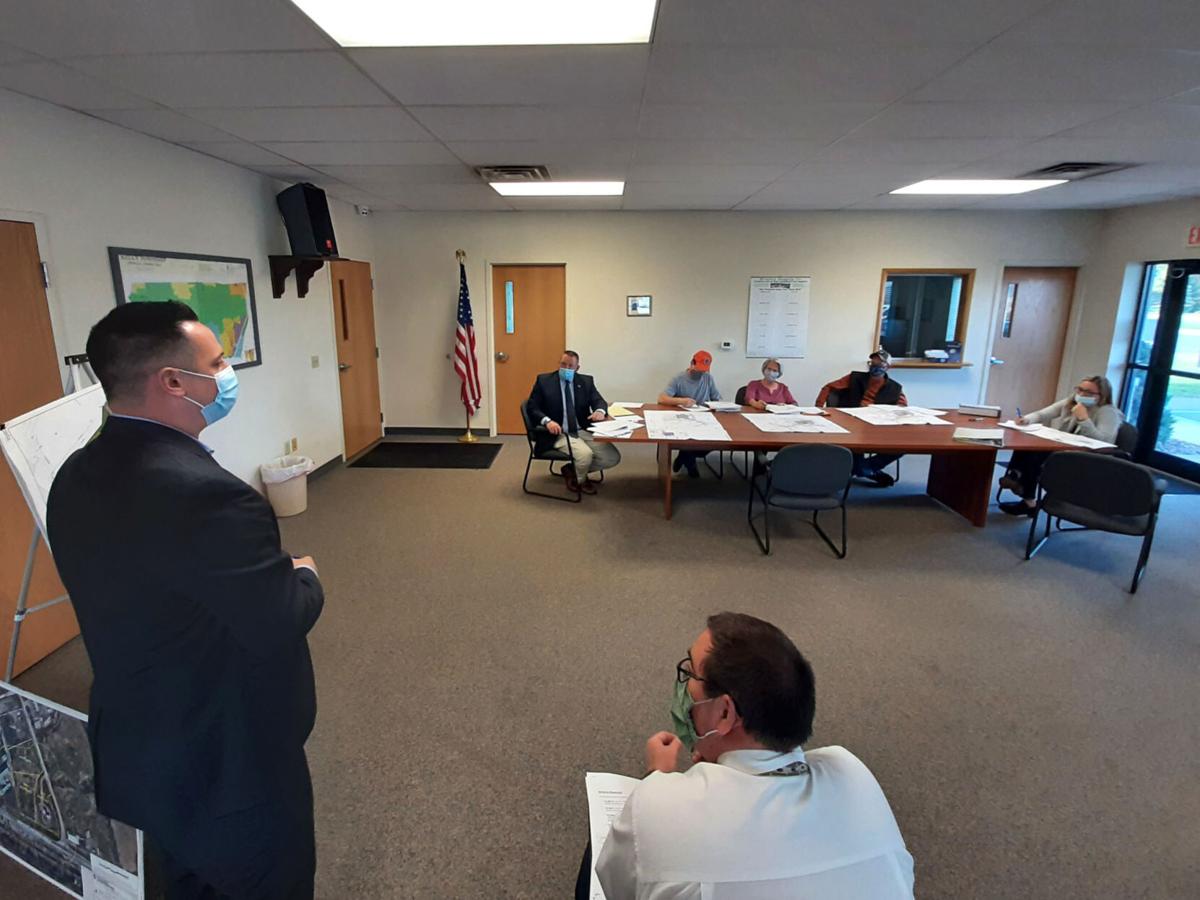 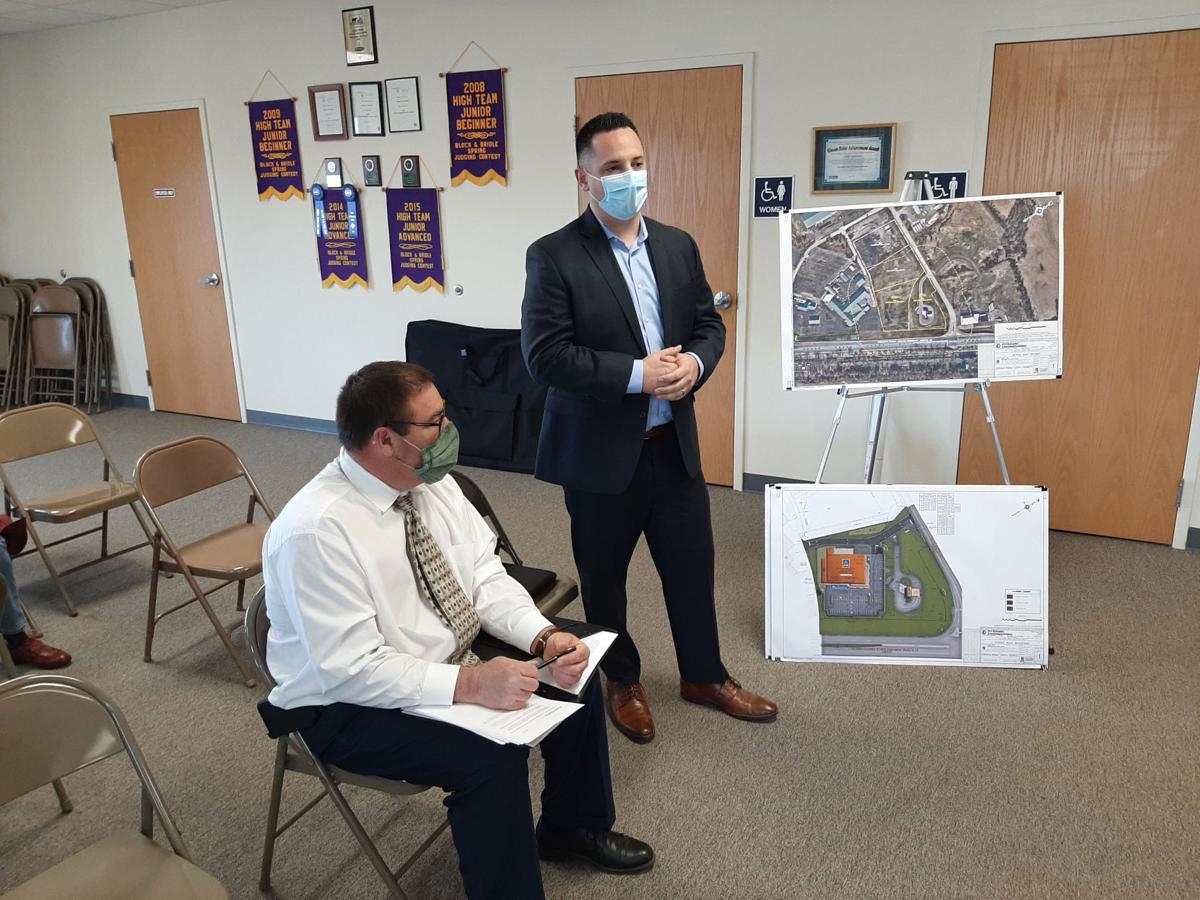 Rob Davidson, attorney, and Josh Sewald, engineer, asked for variances for an Aldi supermarket from the Kelly Township Zoning Hearing Board.

Rob Davidson, attorney, and Josh Sewald, engineer, asked for variances for an Aldi supermarket from the Kelly Township Zoning Hearing Board.

KELLY TOWNSHIP — The developers of an Aldi supermarket along Ziegler Road were granted four zoning variances Tuesday evening by the Kelly Township Zoning Hearing Board.

The 19,000 square-foot store would be of the company’s standard design, representatives said, and would include parking and a loading area. The property at 115 Ziegler Road was about 2 acres and transferred from the late Arthur J. Keister Jr. and Sandra L. Keister last year. It is in a commercial, highway, manufacturing district.

Josh Sewald, Dynamic Engineering, explained the lot was an odd shape and there was a 26-foot elevation difference between the eastern edge and the western edge. An easement was also being sought which would allow parking on a portion of a nearby bank’s property.

Variances granted included one to a township zoning ordinance which requires no more than 60% of a project lot be impervious to stormwater.

Representatives told the board more than 73% of the lot would be impervious material. But the easement would effectively “tie” the Aldi and bank lots together and keep the project in compliance.

The board also granted variances on parking setbacks, loading requirements at grade level and an ordinance regarding a retaining wall. The township Planning Commission is likely to review the plans next, followed by final vote by township supervisors.

Aldi, a German-based, family-owned budget supermarket, opened its first U.S. location in 1976. Expansion plans for the brand will soon total 10,000 stores in 20 countries.