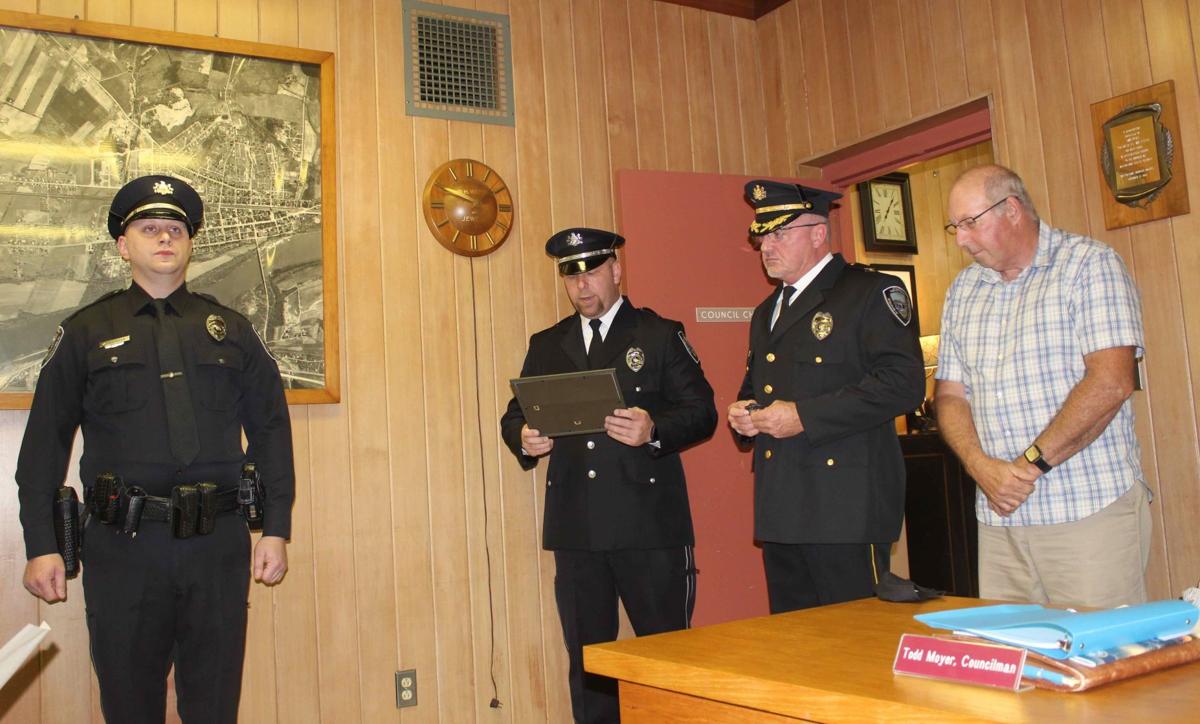 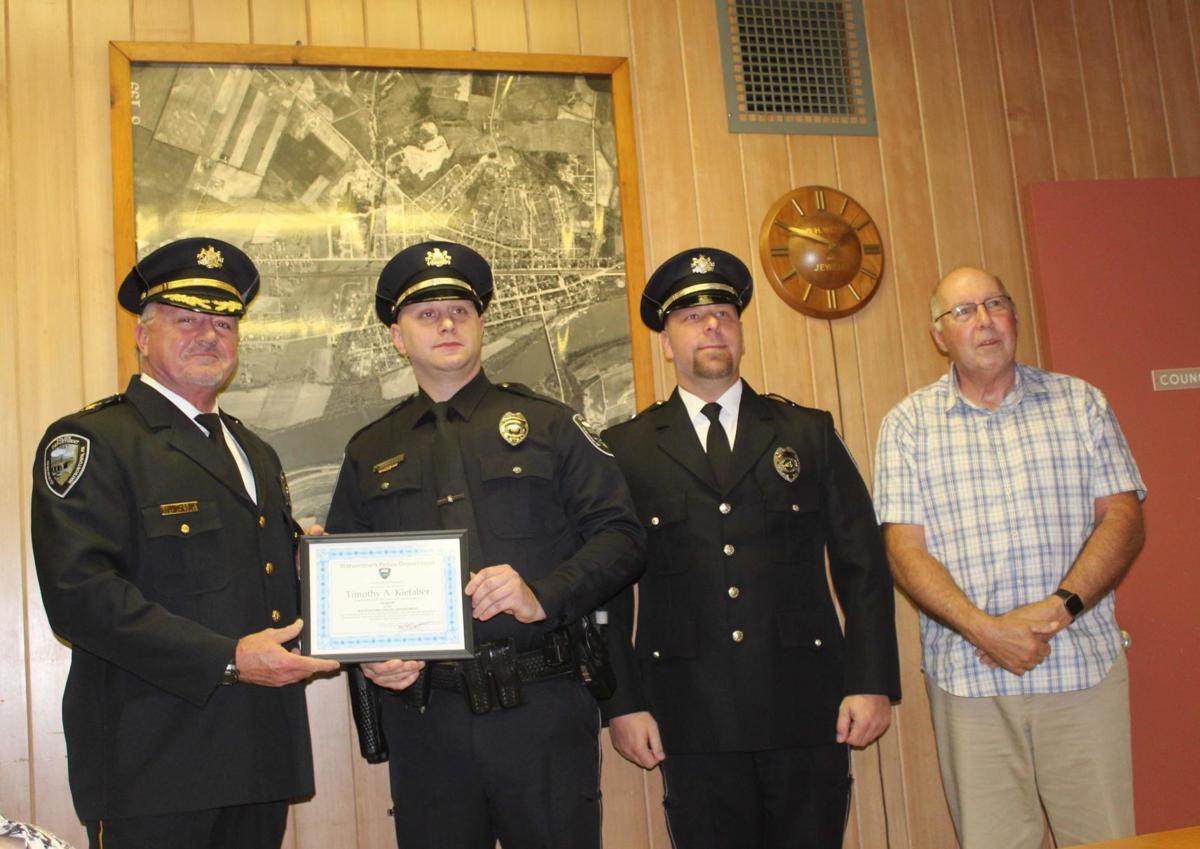 WATSONTOWN — The Watsontown Police Department’s K-9 officer received a standing ovation from members of Watsontown Borough Council as he was promoted to the rank of sergeant during Monday’s council meeting.

Council approved promoting Officer Tim Kiefaber to the rank of sergeant. After the vote was made, Lt. Chris Snyder, Chief Rodney Witherite and Mayor Russ McClintock held a brief ceremony for Kiefaber, which included presenting him with his sergeant’s badge.

Witherite lauded Kiefaber for his work with Mariska, the department’s drug-detection dog.

“That dog is unbelievable,” Witherite said, noting the program is worth $100,000 and funded by donations.

He said donations are continuing to come in for the program.

With the COVID-19 pandemic, he said Mariska has not been called as often to assist the county drug task force in other municipalities. However, he said Mariska is used by the Watsontown Police Department for drug searches on a weekly basis.

Kiefaber said a complete report on Mariska’s second year of service with the department will be presented during the December council meeting.

In addition to Kiefaber’s promotion, McClintock noted during his report to council that Snyder was recently promoted to lieutenant, and officers David Podgorney and Geoff Noviello joined the force.

“We are probably second to none in this area,” McClintock said, of the Watsontown Police Department. “I am proud of this department, under this chief’s lead.”

In other business, council approved advertising the 2021 budget, which keeps taxes level at 18.25 mills.

President Greg Miller said Watsontown has not had a tax increase in five years.

Council approved retaining Herring, Roll and Solomon as the borough’s auditor for the next three years, at a rate of $9,000 per year. Jarrett said the rate is unchanged from 2020.

It was announced during the meeting that the borough office and Public Works Department will be closed Wednesday for Veterans Day, and Nov. 26-30 for Thanksgiving.

Council met in an executive session at the conclusion of the meeting to discuss a potential property acquisition.