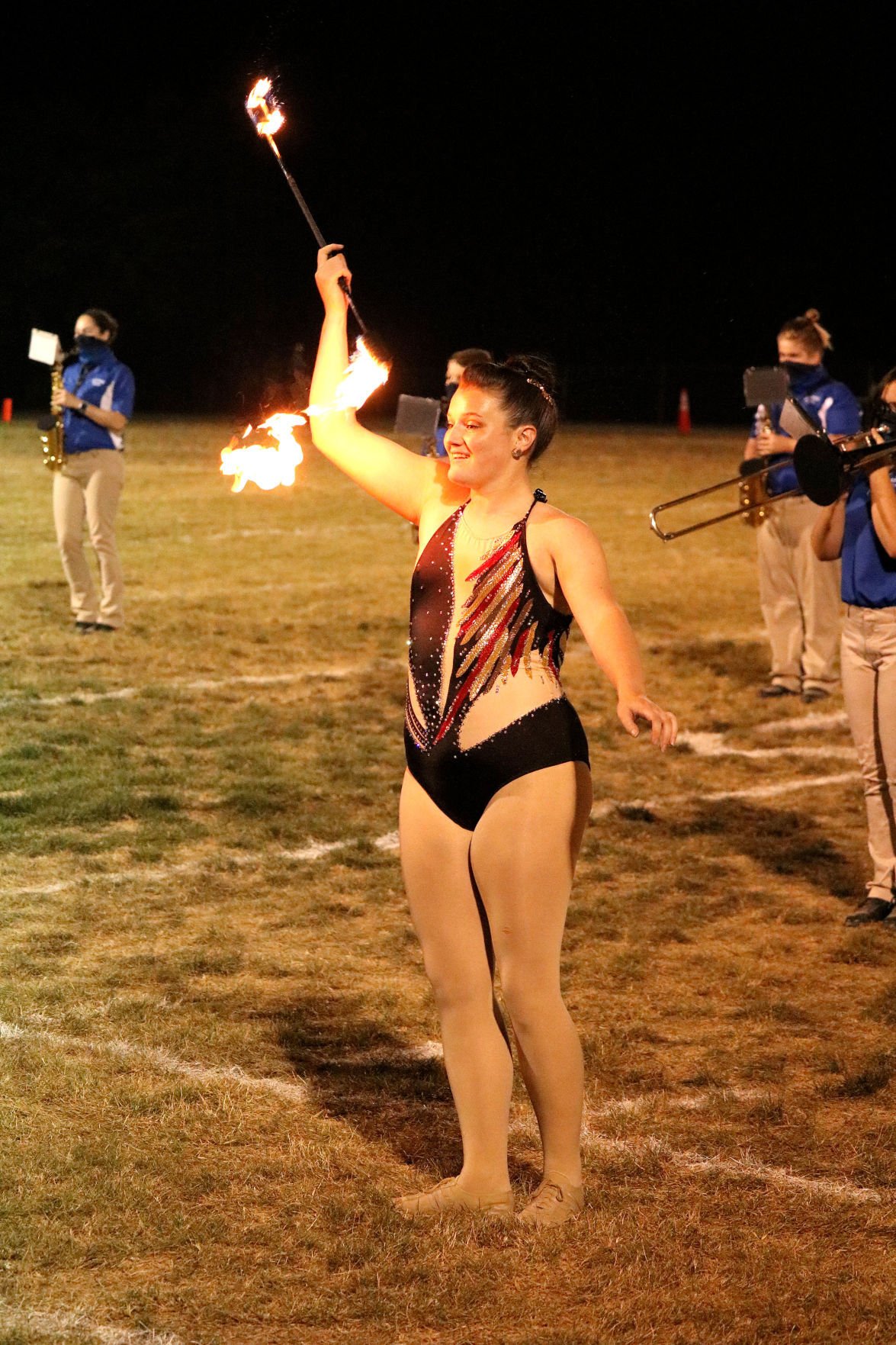 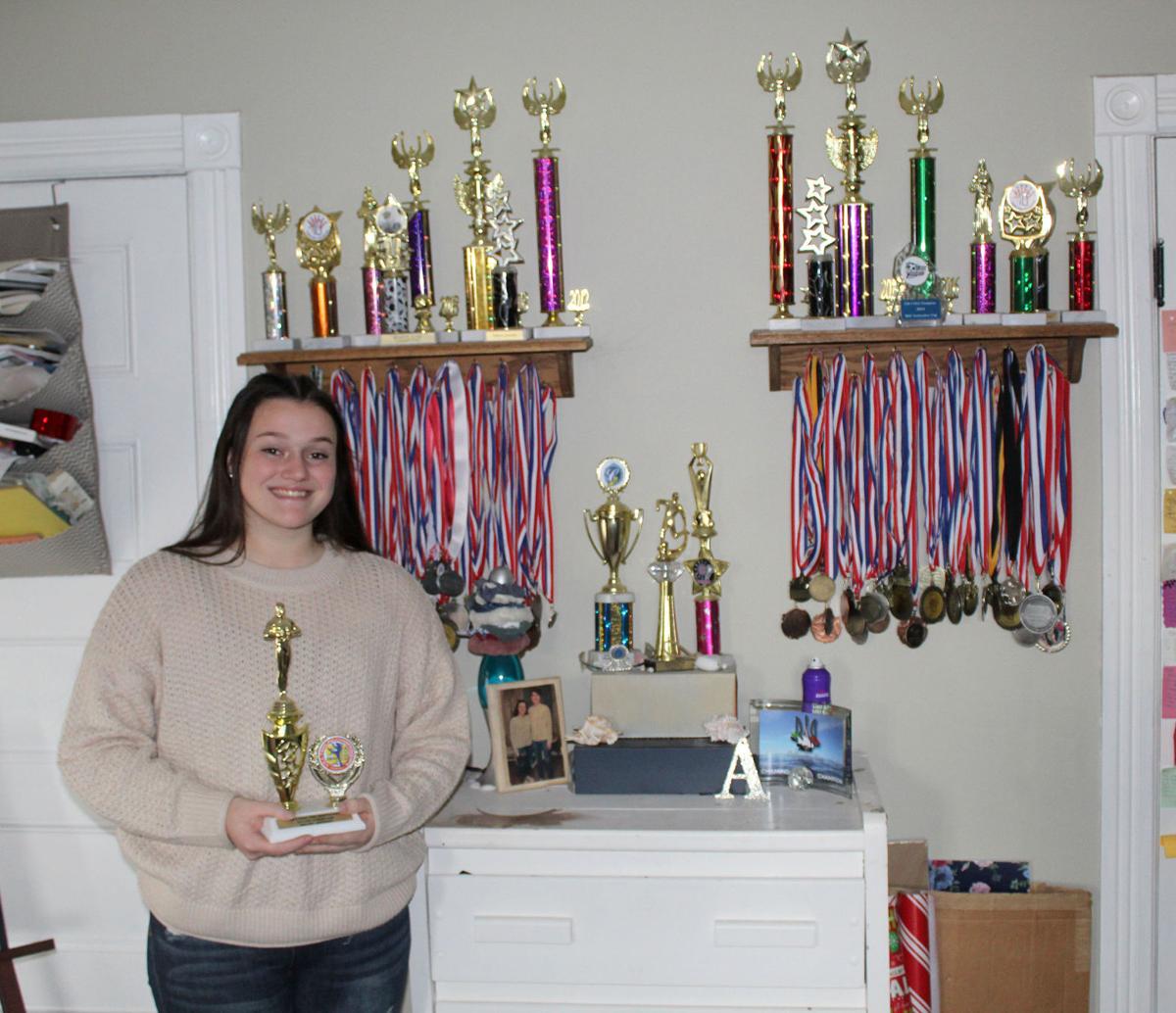 Avery Soltesz stands among some of the trophies and medals which fill her bedroom. 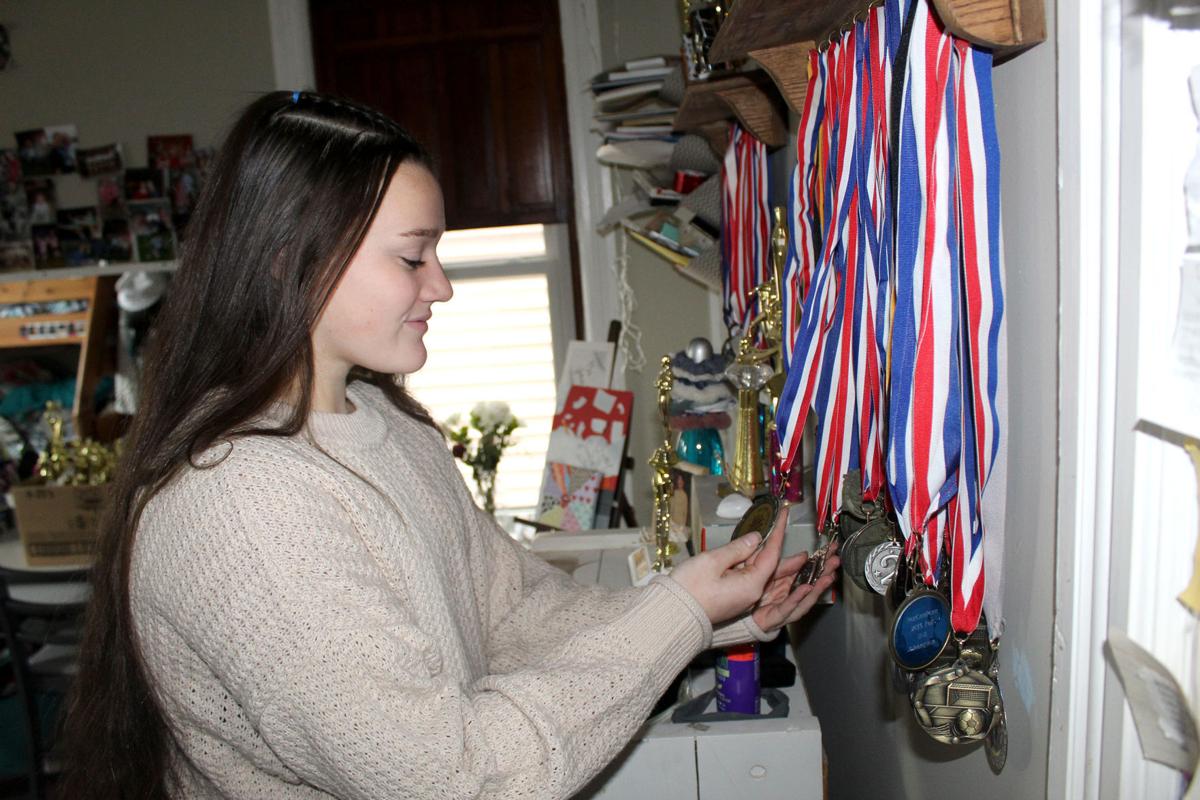 Avery Soltesz looks through some of the many medals which hang from her bedroom wall.

Avery Soltesz stands among some of the trophies and medals which fill her bedroom.

Avery Soltesz looks through some of the many medals which hang from her bedroom wall.

WATSONTOWN — The numerous trophies and medals which fill the bedroom of Avery Soltesz’ Watsontown home are reflective of hours of dedication and hard work she has logged over the past 14 years as she’s competed in twirling.

Soltesz is a 17-year-old junior who attends the Warrior Run High School. In the fall she can be seen twirling a flaming baton while performing with the band during football games.

Throughout the year, she competes in several different categories in numerous baton-twirling events.

Soltesz face lights up with excitement, and she flashes a broad smile, while talking about her love of twirling.

“I work with them every Monday and Wednesday, sometimes Sundays,” Soltesz said. “I work on it myself as much as I can, especially in the summer.”

Although she’s been involved in twirling since she was a toddler, Soltesz said it’s still important to train regularly with her coaches.

“There’s still so much to learn, it’s endless,” she said. “There’s always new things to learn.”

She also noted the athleticism involved in the sport.

“Mentally, it’s a lot of pressure,” Soltesz said. “You have to have your focus 110%. You have to be flexible to all the different movements... to be able to control your baton.”

She started twirling the fire baton, like does at Warrior Run football games, when she was 8 or 9.

“I was a little nervous at first,” Soltesz said. “It is fire.”

In addition to twirling at football games, Soltesz generally travels to five or six competitions each year, across Pennsylvania and New York .

“We have competition season from March to July,” she said. “In July, we have nationals. We go to Indiana, Notre Dame.”

In 2019, Soltesz claimed top honors in a flag baton category at nationals.

She said it’s a special feeling to end a routine and know she performed perfectly.

“I get so excited,” Soltesz said. “I come off the floor with a big smile.”

Soltesz noted that she can twirl multiple batons at one time.

“The most I can twirl is four, at the moment,” she said. “That’s something I hope I can bring to the football field my senior year.”

She also offers advice, and words of encouragement, to younger girls becoming involved with the sport.

“Push through the hard times,” Soltesz said. “You will have hard times.”

However, she noted that hard work and dedication do pay off.

“You will be so proud of yourself,” Soltesz said.

She noted an increased level of self confidence when she’s twirling.

“I’m more on the shy side,” Soltesz said. “When I’m on the football field or competition, I’m more of my true self.”

She enjoys competing for a variety of reasons.

“It gives you an escape from reality,” Soltesz said. “You can be who you are.”

While she aspires to become an athletic trainer, Soltesz intends to continue twirling after high school.

She hopes to attain a scholarship for twirling in order to attend Syracuse University.

“That’s been my dream school since I was a kid,” she said.

Soltesz offered thanks to her coaches and her mother for all of the support and encouragement they’ve given her over the years.

“I’m thankful for my coaches,” she said. “They’ve done so much for me, supported me, treated me like their own kid.”

She is the daughter of Kristy McNett of Watsontown and Matthew Soltesz of New Jersey. She also has seven siblings.

In high school, Soltesz is a member of the soccer team, National Honor Society, student council and Defender Pride Club.