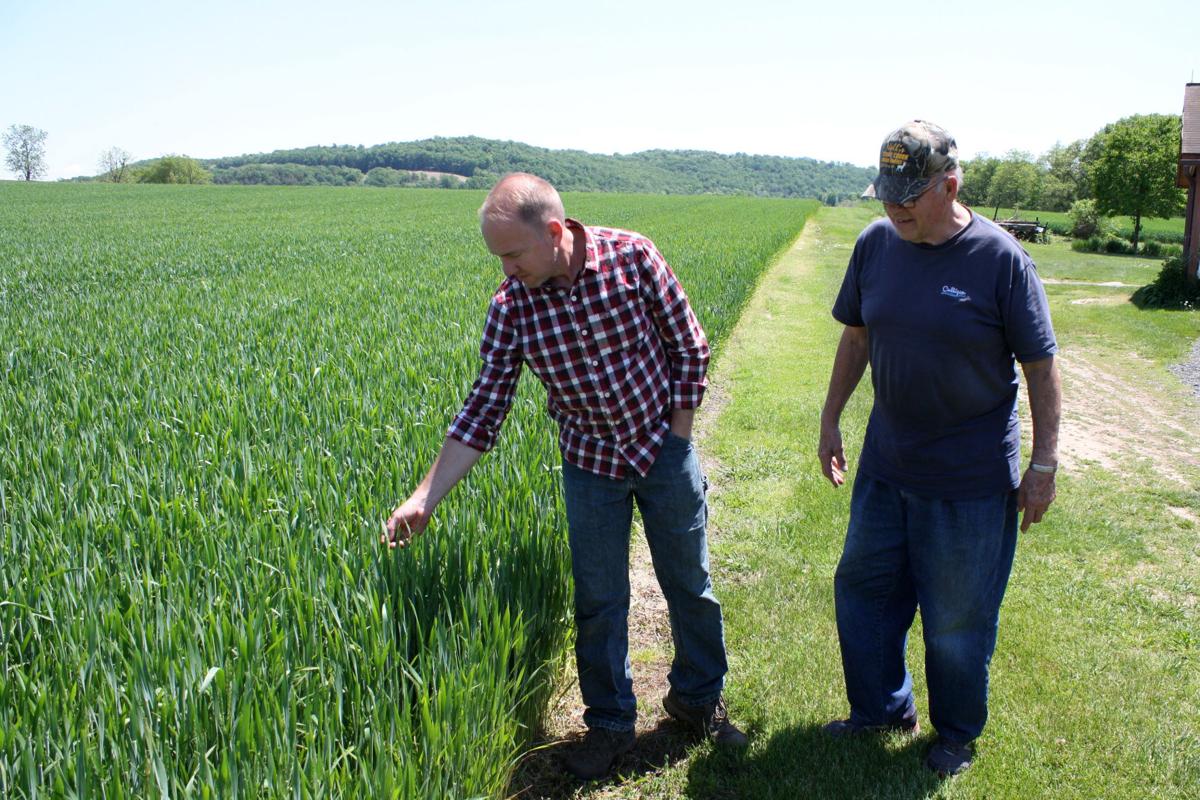 Tony and Richard Noll checked out winter wheat to be harvested soon at the Noll-Spangler National Historic Farm. 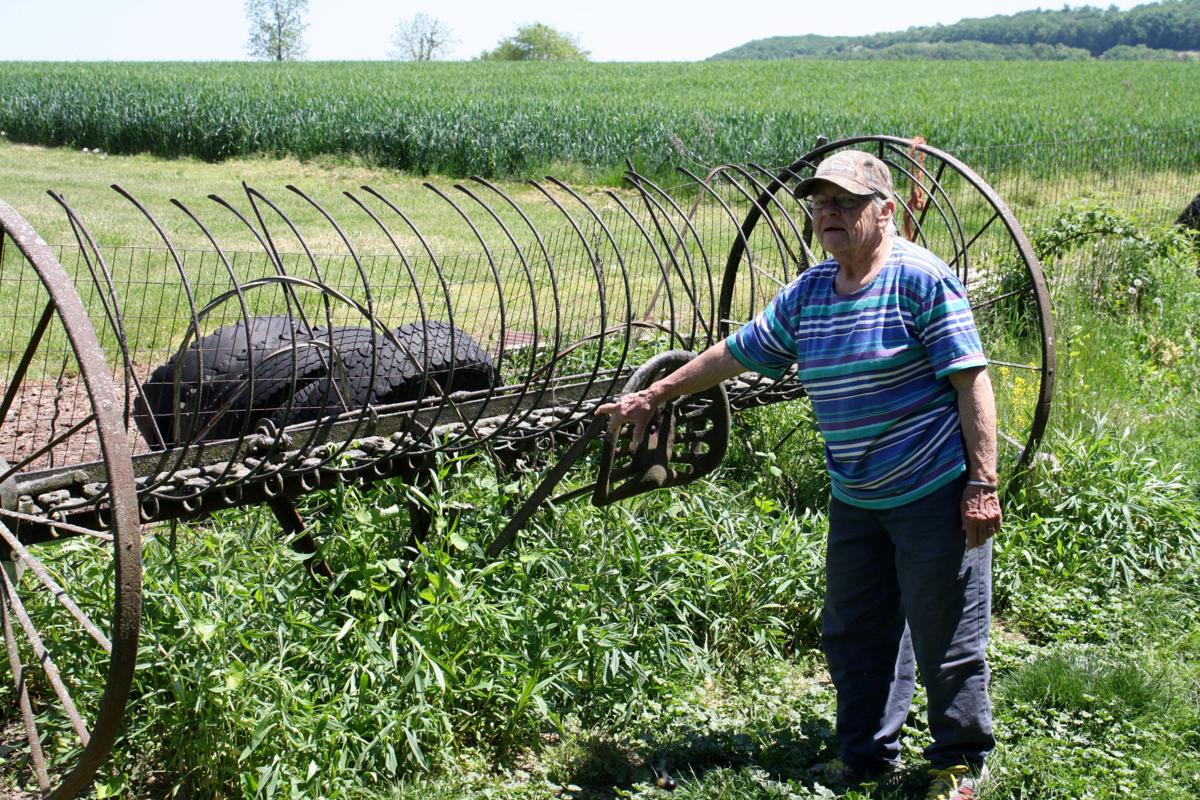 Grace Noll noted a dump rake at the Noll-Spangler National Historic Farm was once used in hay-making. 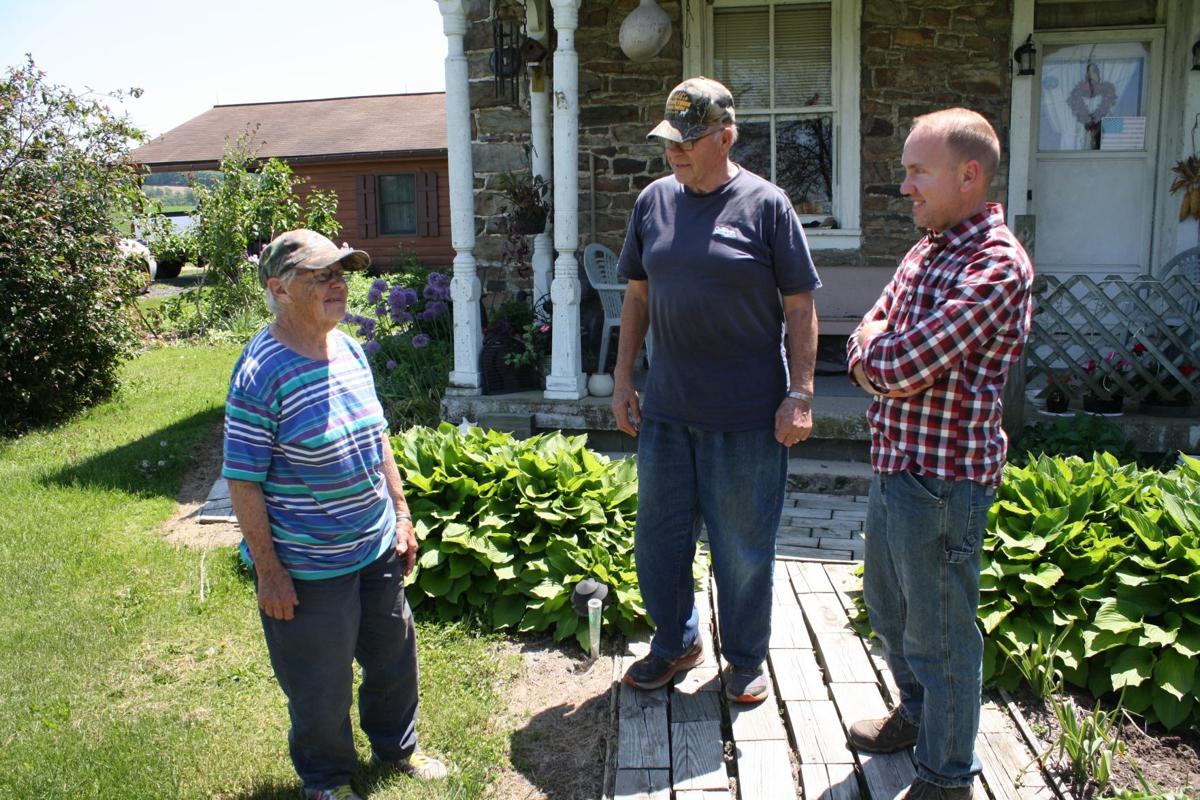 Tony and Richard Noll checked out winter wheat to be harvested soon at the Noll-Spangler National Historic Farm.

Grace Noll noted a dump rake at the Noll-Spangler National Historic Farm was once used in hay-making.

MIFFLINBURG — It's a little ironic that the Noll-Spangler National Historic Farm, with roots dating back to the time of Thomas Jefferson, only recently became a site for special events.

The 110-acre Noll-Spangler farm at 1175 Wildwood Road south of Mifflinburg Borough has been in the Noll family for 58 years. Before that, Spangler family ownership goes back well over 200 years to its founding by George Christian Spangler Jr. and Anna Catherine Spangler.

Family ownership under the Spangler name continued through the 1930s. Musser or Showers families owned the property through 1963, with the latter family leasing the land for farm use.

Today, Grace Noll and Richard Noll live in the farmhouse of what is still a working farm. Son Mike Noll does much of the actual farm work these days. The land yields wheat, corn and soybeans, some of which is put in 300,000-bushel storage silos.

But it was Tony Noll, another son, who helped gain recognition for the farm's legacy and turned it into a nonprofit site for special events.

"I was just interested in history," Tony said. "I found it fascinating that we lived in a stone house with a headstone at the top that says '1802' with the initials of the original builder."

Tony reached out to the Pennsylvania Historical and Museum Commission (PHMC) in 2012. He credited the PHMC for their encouragement as he researched where he grew up. It was added to the National Registry for Historic Places in 2016.

Research started with looking up many of the individuals with the Spangler name. The search for documents took Tony to Northumberland County, as the original deed predated the founding of Union County.

"What qualified us was not only the historic buildings, but also the fact that the original buildings that would have been used during that early era were still here," Tony said. "Like a wash house, the outhouse, the butcher house which was also used as a wash house. The summer kitchen, even though the summer kitchen was pulled away from the house it was still here."

Richard explained that a summer kitchen was used pretty much as its name implies. It didn't have a stove as the small outbuilding was used for serving food to neighbors or farm hands during busy times.

"All these farms around had a summer kitchen," Richard said. "They didn't do any cooking there, they ate there when there was thrashing and there were a lot of people."

The long-term productivity of the Noll-Spangler also helped qualify it for recognition. It was a bit of unexpected research, Tony said, which required pouring over census documents of farm production.

"I had to show that the farm had produced at a high rate, a high yield and in some ways higher than the neighboring farms in the township," Tony said. "I had to show it was worthy and played an important role in the growing economy.

"They were very diverse," he added. "They had pigs and chickens and pretty much everything to sustain themselves and sell."

Richard speculated that the area must have been popular among Native American people based on the number of artifacts they've found. Tony and Grace recalled the finding items possibly from before the property was a farm.

"The used to plow up the fields and we'd pick stones up," Tony added. "We'd find Indian arrows."

Tony noted it was hard to believe the area was once the "frontier," one which moved west at about the time the Spangler farm started.

The farmhouse is closed to the public, but the outbuildings can be visited during special events.

Among them, the “Celebration at the Farm,” planned for 10 a.m. to 4 p.m. Saturday, July 17 at the Noll-Spangler National Historic Farm. The event features historic craft demonstrators, live entertainment and other presentations. Eli Reiff will give a talk about the Penns Creek Massacre and fiddler Beverly Conrad is scheduled to perform.

The "Annual Tag Sale" will be held rain of shine on Saturday, Aug. 7, also at the farm. Proceeds will benefit educational events held at the farm.

CDC guidelines effective at the time of both events will be followed. Visit www.NollSpanglerNationalHistoricFarm.com for more information.