Starting at
$1.00 for 1 day
Get Started
View all rates
You are the owner of this article.
Edit Article Add New Article
You have permission to edit this article.
Edit
Welcome, Guest
Home
News
Sports
Obits
Opinion
Celebrations
PA Classifieds
e-Edition
Local Events
Advertising
Legals
Classifieds
1 of 3 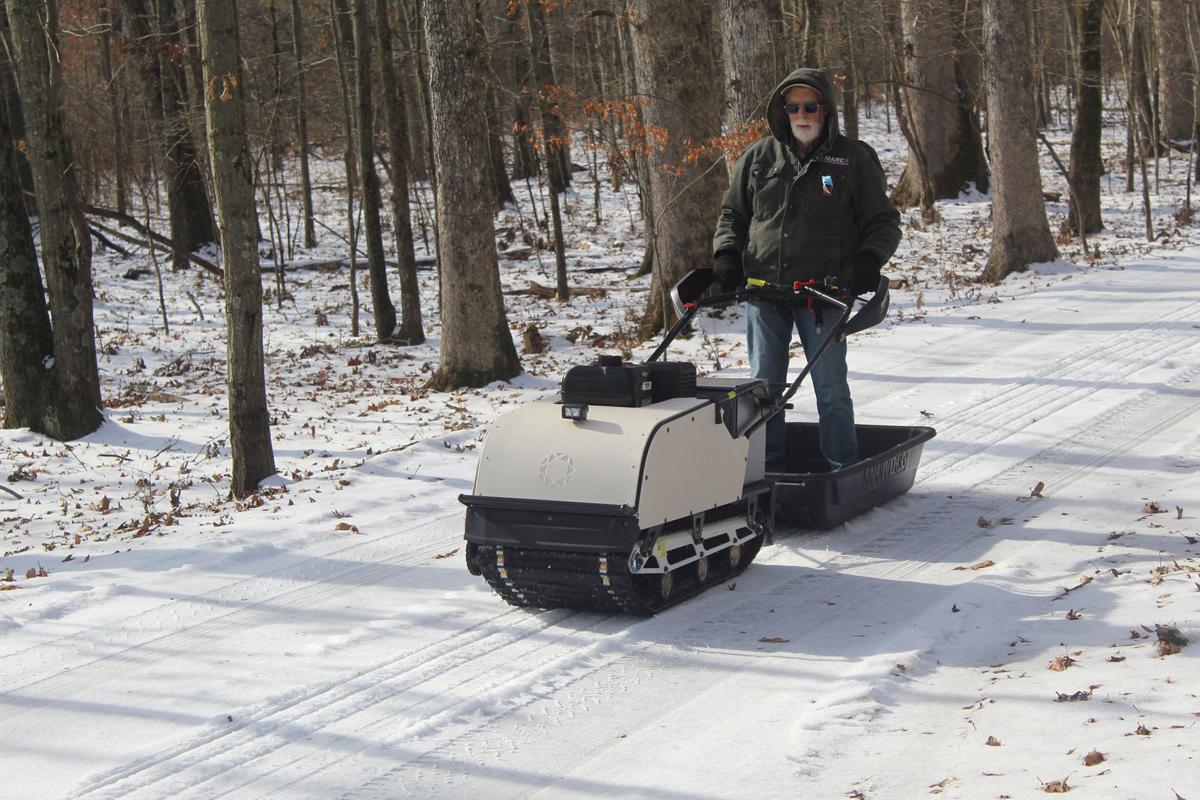 Denny Piatt, a maintenance technician with the Montour Area Recreation Commission, rides in the sled of a new Snowdog while taking the machine for its first test run this week at the Montour Preserve. 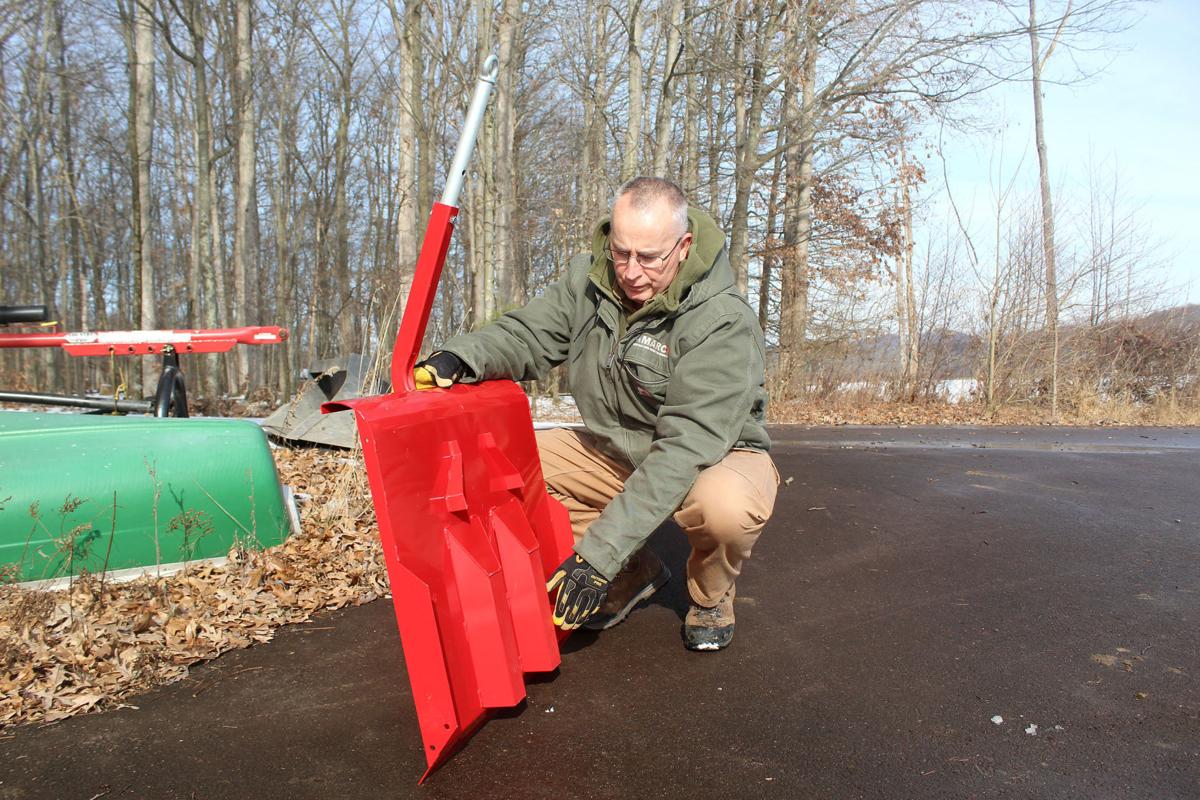 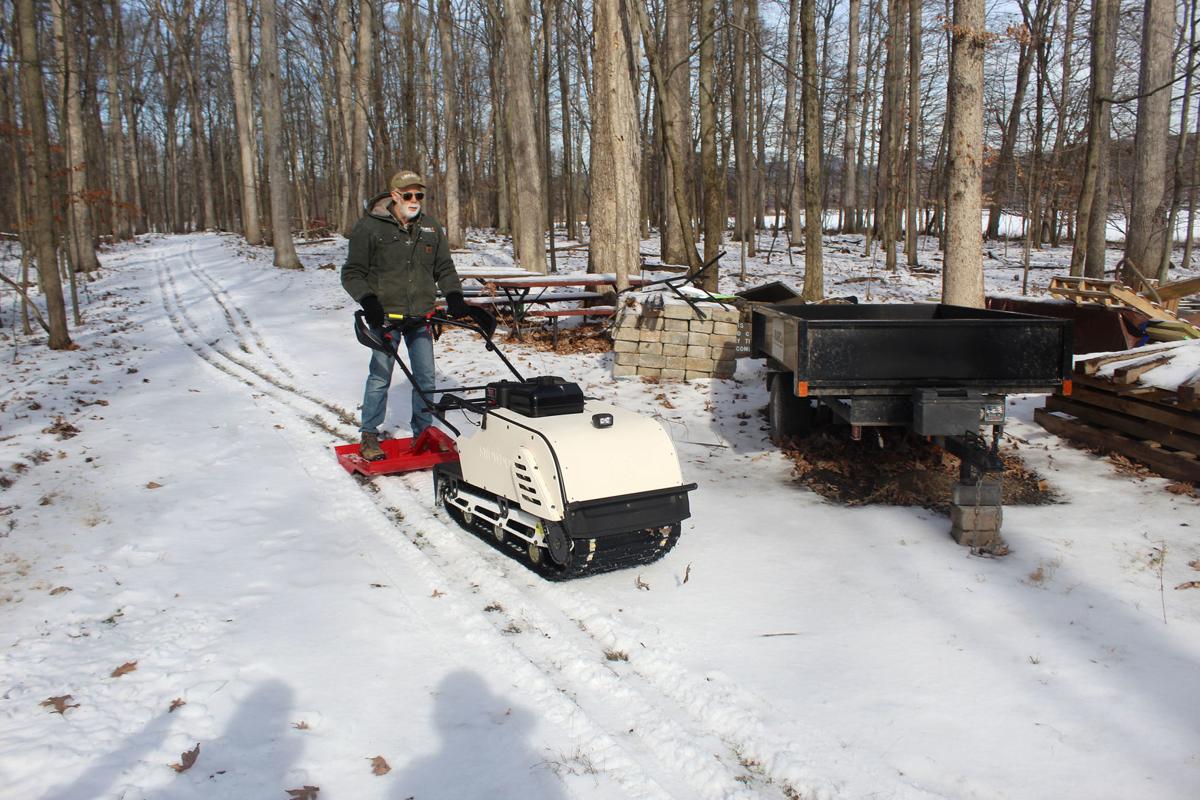 Denny Piatt, a Montour Area Recreation Commission maintenance technician, tests a Snowdog and cross country skiing grooming tool on an access road near a maintenance facility at the Montour Preserve. The organization took delivery of the Snowdog this week.

Denny Piatt, a maintenance technician with the Montour Area Recreation Commission, rides in the sled of a new Snowdog while taking the machine for its first test run this week at the Montour Preserve.

Denny Piatt, a Montour Area Recreation Commission maintenance technician, tests a Snowdog and cross country skiing grooming tool on an access road near a maintenance facility at the Montour Preserve. The organization took delivery of the Snowdog this week.

While there wasn't enough snow on the ground to groom trails at the preserve while taking the machine for its first test runs Thursday, Stoudt said if more than 6 inches fall Sunday into Monday the grooming will begin.

This past Monday, Stoudt and Piatt traveled to Chambersburg to pick up the Snowdog and cross-country skiing trail-grooming attachment from a dealer there. A second attachment, used to groom trails for fat-tire mountain biking, has not yet arrived.

That attachment, Stoudt said, is somewhere abroad, waiting to be shipped to the United States.

"The Russia-Ukraine conflict has impacted this product," Stoudt explained. "The shipment couldn't get out of that area."

Since MARC was founded in 2005, Stoudt said the organization was often asked if it could invest in a trail-grooming machine.

Initially, the requests were to groom snow-covered trails at Hess Field in Danville for mountain biking.

When the Montour Preserve came under the care of MARC in 2015, Stoudt said requests started to come in for the organization to groom trails there for cross-country skiing.

"(Purchasing a Snowdog) was always in the back of our mind," Stoudt said. "It was a luxury we could not afford, until recently."

A Snowdog is built similar to a snowmobile. The person steering it holds onto a handlebar, while standing on either a grooming attachment or sled affixed to the rear of the Snowdog.

While Piatt was taking his first runs on the machine this week, Stoudt noted Piatt is an experienced snowmobiler and cross country skier.

At a MARC board meeting, Stoudt told members the organization received multiple requests to groom snow-covered trails for cross-country skiing and mountain biking.

"He said 'that is a great idea,'" Stoudt recalled. "'People will come to Montour County. They will go to a nearby hotel, restaurant. It is outdoor recreation-based economic development.'"

MARC also opted to spend an additional $200 to purchase a sled for the Snowdog, which could be used to carry large tree limbs or other objects which may fall along a trail.

Stoudt said the Snowdog and attachments were ordered "months ago."

"With COVID and the Russia-Ukraine conflict, it took forever for us to get the Snowdog and gear," he said.

The cross-country skiing grooming attachment will be used on the 3.9-mile Chilisuagi Trail at the Montour Preserve, as well as the Goose Woods Trail.

When it arrives, the mountain-biking grooming tool will be used on at least part of an 11-mile trail at Hopewell Park.

In order to groom the trails, Stoudt said at least 6 inches of snow must fall. In addition, the snow must be anticipated to not significantly melt for at least one week.

Initially, Stoudt said four MARC employees will be trained to use the Snowdog. He anticipates it being used to groom trails within a day of snowfall stopping.

Prior to grooming trails, Stoudt said MARC's priority will be to remove snow from parking lots and roadways so visitors can access the trails.

Stoudt anticipates placing signs along trails so users not on cross-country skis or mountain bikes know not to disturb the groomed area.

With the cross-country grooming attachment, Stoudt noted it contains grooves the size of cross-country skis. The mountain biking groomer is of a similar design.

The skiing attachment makes a path in the snow that individuals on cross-country skis can step upon, and ski along the path.

Stoudt said the skiing attachment is wide enough to make half of a trail accessible for individuals on cross-country skis. The sled will likely be used to groom the other half of the trail for individuals hiking.

Initially, Stoudt said trails will be groomed in a manner in which those cross-country skiing must follow one another on the path, without passing.

He is not sure how long trail grooming will take, as the process will be developed as snow starts falling. In addition, Stoudt noted the likelihood that trails will have to be re-groomed as usage picks up.