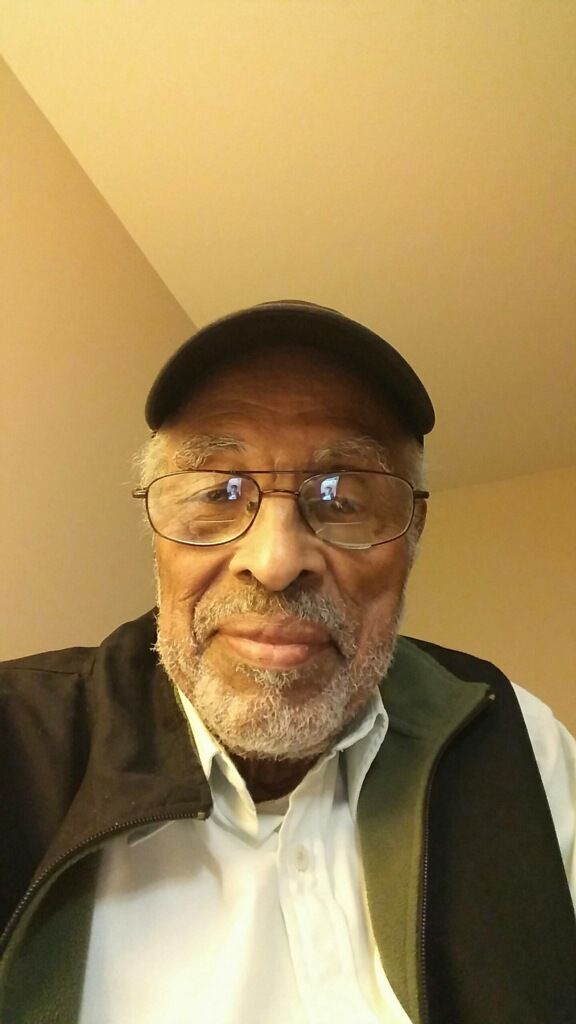 Earl McGuire, formerly of Milton, is preparing to film scenes in the short film ‘House of Brotherly Love.’ 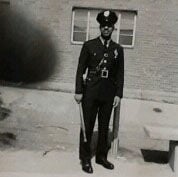 Earl McGuire served in the United States Air Force from 1947 through 1950. Here, he’s in a uniform he wore while serving as a police officer.

Earl McGuire, formerly of Milton, is preparing to film scenes in the short film ‘House of Brotherly Love.’

Earl McGuire served in the United States Air Force from 1947 through 1950. Here, he’s in a uniform he wore while serving as a police officer.

WILLIAMSPORT — A 91-year-old former Milton resident who has served in the Air Force, interacted with a Pennsylvania governor and survived a plane crash is ready to step in front of the cameras and bright lights.

Earl McGuire, who lived in Milton for 46 years and now calls Williamsport home, will be traveling to West Chester later this month to appear in scenes being produced as part of a short film.

McGuire, who has appeared in other short films and commercials, will play the grandfather of a dysfunctional family in a film described as a “short, social thriller,” titled “House of Brotherly Love.”

After retiring, McGuire said his nephew Lloyd Booker convinced him to audition for a small part in the television program “Hack,” which was being filmed in Philadelphia.

That experience in 2003 was his first brush with Hollywood.

McGuire traveled to Philadelphia to audition. As he was driving away from the set, he received a phone call informing him that he would be cast in a role in the program.

“I was in three episodes of ‘Hack,’” McGuire said.

Additionally, he appeared in an independent film called “My Friends,” infomercials for Walgreens, several commercials and as an extra in various programs.

McGuire is looking forward to stepping in front of the cameras again.

“I’m anxious to be doing this,” he said. “According to my nephew, this (film) is going to be shown locally and may go to California (to be shown).”

He has not yet received script for the film. However, with his experience McGuire said it won’t take him long to learn his lines.

While he enjoys stepping in front of the cameras, McGuire’s life itself reads a bit like a movie script.

He and his late wife, Denise, moved to Milton in 1972 as he was offered a position at the United States Penitentiary in Lewisburg. Previously, McGuire had worked as a police officer.

He grew up in Pittsburgh and served in the United States Air Force from 1947 through 1950. While serving, he was a flight instructor in Loredo, Texas.

He worked at the penitentiary for three years before taking a short-term position with a small air-freight company in Wisconsin.

McGuire also worked as a pilot hauling freight for Summit Airlines, and for 10 years as an aviation specialist with the Pennsylvania Bureau of Aviation.

“My job was to inspect and license airports and heliports in my section of the state,” he explained. “The state was divided in five section. I had the eastern-most section.”

In addition, McGuire also served as the co-pilot for the plane used by then Gov. Bob Casey.

Along with his the former governor’s wife and a Pennsylvania State Police trooper who was providing security, McGuire said Casey would often fly from Harrisburg to the Scranton area on weekends.

“Every time we got on the airplane, my job was to close the door and make announcements,” he recalled. “(Casey’s) wife would always ride around with him quite a bit... I would always have to tell her, ‘Mrs. Casey, would you put your seatbelt on please?’”

Throughout time in the skies, McGuire even survived a brush with death.

A friend was looking to purchase a home-built experimental airplane and McGuire asked if he could take it for a test flight, in Clarion County.

“On the first flight, it was totally out of balance,” he said. “It went into the air, did a 360-degree turn and dived straight into the ground.

“They had given me up for dead.”

McGuire was flown from the crash scene by helicopter to a hospital in Pittsburgh.

“I had two broken arms... a broken femur, a broken pelvis,” McGuire recounted. “My right eye is not perfectly aligned with my left eye.”

After two months of hospitalization in Pittsburgh, McGuire was transferred to Geisinger Medical Center Danville to continue recovering. He also spent time in an area nursing center.

In total, McGuire said it took seven to nine months to recover from the injuries.

He credits his recovery, and the fact that he’s still appearing in theatrical productions at 91, to a life focused on exercise and happiness.

When he was younger, McGuire said he competed in five marathons.