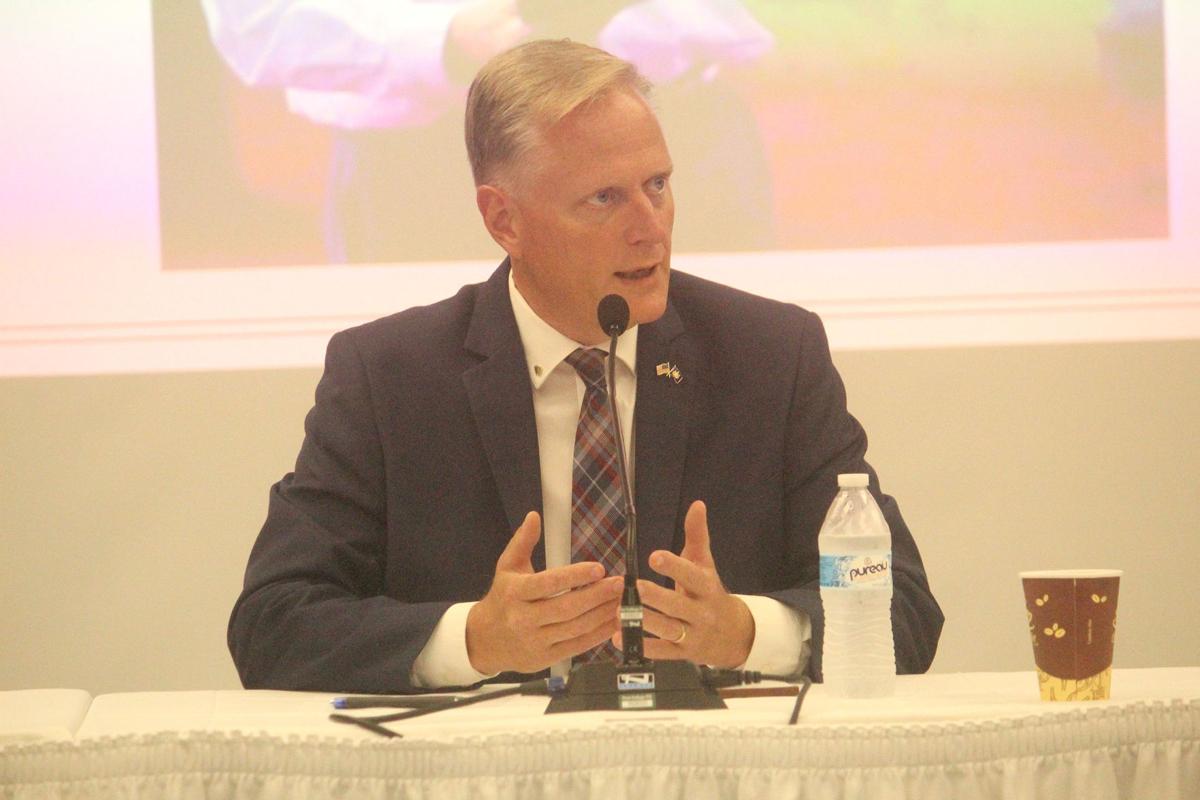 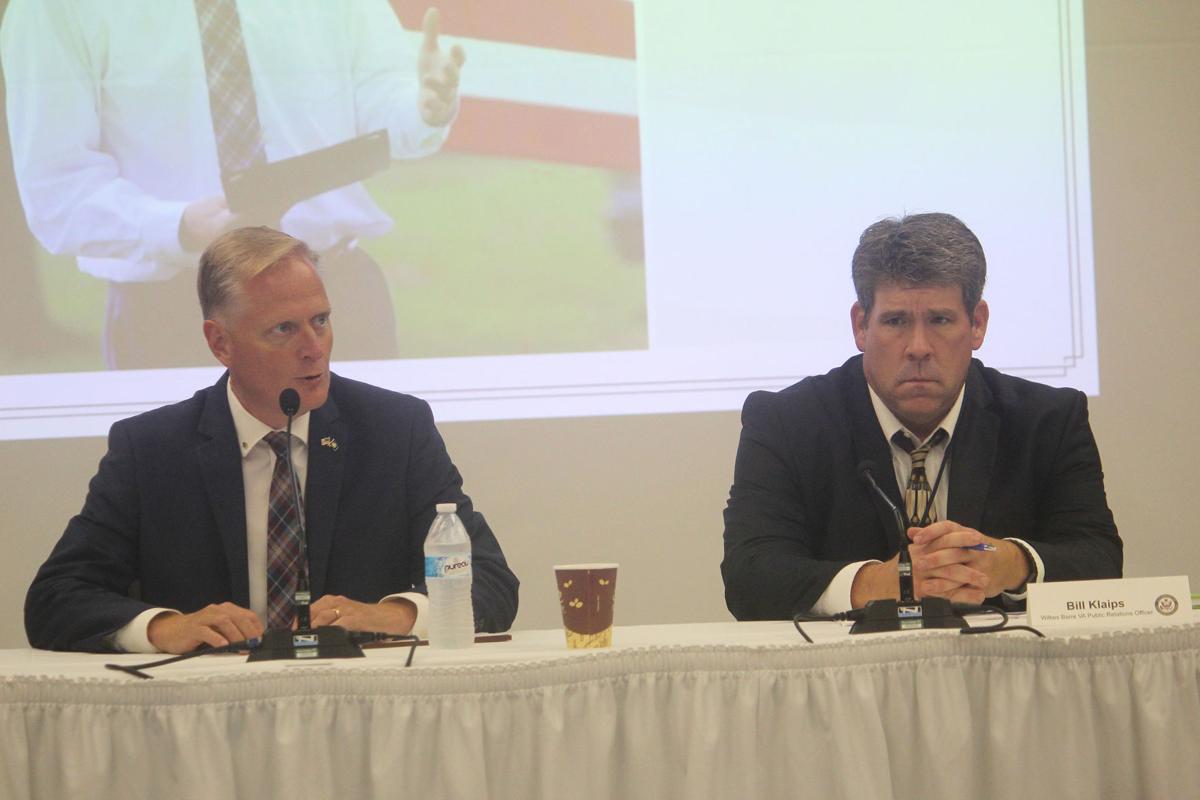 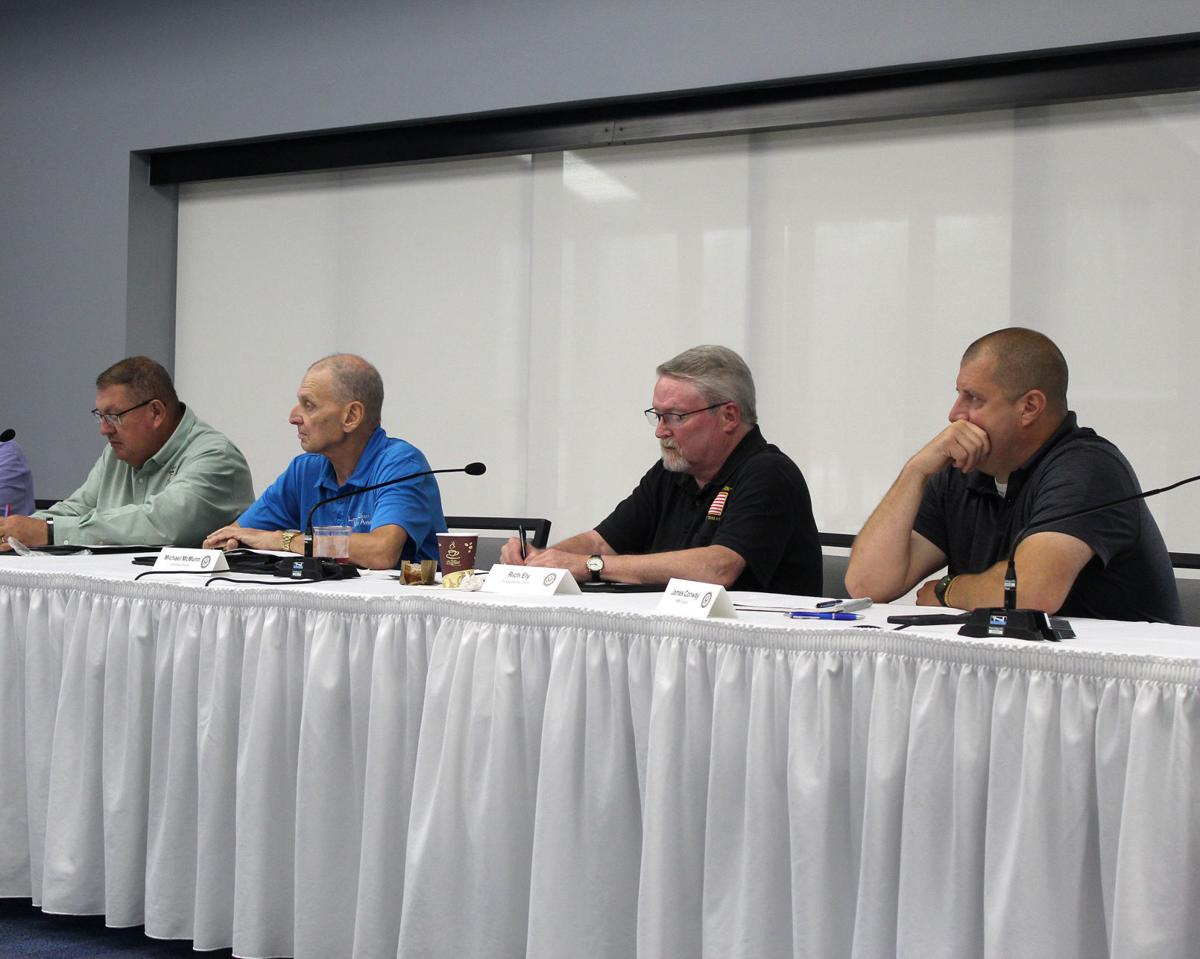 WILLIAMSPORT — James Scott believes anyone who served in the U.S. military should be eligible for veterans health insurance, regardless of whether they meet current eligibility criteria.

Scott presented his concerns, and urged Congress to adopt a bill addressing the issue, during a Veterans Service Officers Roundtable held with Congressman Fred Keller (R-Pa. 12) Wednesday at the Pennsylvania College of Technology in Williamsport. Scott is the veterans service officer from Tioga County.

Other veterans service officers to attend the meeting agreed with Scott’s plea to offer health insurance through the Veterans Administration to all veterans.

“It is very disturbing for me to sit across from a World War II veterans, who fought in the Battle of the Bulge, but is unable to receive V.A. insurance because he earned too much (money),” Tim Cleveland, the Tioga County veterans service officer, said.

In addition to not being eligible for insurance through the V.A. based on income guidelines, Scott indicated that those who served in the guard and reserves are also not eligible.

“If you served, you should be eligible for veterans insurance,” Scott said. “You could put co-pays on it.”

Keller agreed the issue should be further examined. He also noted that veterans must receive quality health care.

“There’s a difference between coverage and care,” he said. “We want to make sure what we provide is care.”

Keller suggested involving each state in providing insurance to those who served in the National Guard.

“Trying to get all 50 states in line with that is going to be very difficult,” Scott said, to Keller.

Members of the group told Keller they believe benefits for veterans should be the same across the board.

Rich Ely, the veterans service officer from Susquehanna County, said he was caught in a similar circumstance. He enlisted in the Reserve Officer Training Corps (ROTC) while attending the University of Scranton during the Vietnam War.

He went through the same training those considered war-time veterans participated in. However, Ely said he graduated June 3, 1975, after the war had ended.

Keller provided an update on the RECORDS Act, a measure he introduced recently in an effort to address the National Personnel Records Center’s (NPRC) backlog of more than 500,000 records requests.

According to Keller, the backlog is due to the NPRC shutting down due to the COVID-19 pandemic. Currently, he said the entity is operating at 20%, with plans to go back into full operation next week.

He said the RECORDS Act requires the NPRC to develop a solid plan so a backlog does not occur in the future.

“There should’ve been a plan,” Keller said. “What we’ve seen is they have no plan.”

He said the facility has been following all of the recommended guidelines in an effort to prevent a COVID-19 outbreak from occurring at the facility.

“We are making hard decisions,” Klaips said. “Sometimes we are denying visitation.”

He said the V.A. is making the COVID-19 vaccination available to any veteran who wishes to receive it.

“It is an individual choice (to be vaccinated),” Klaips said.