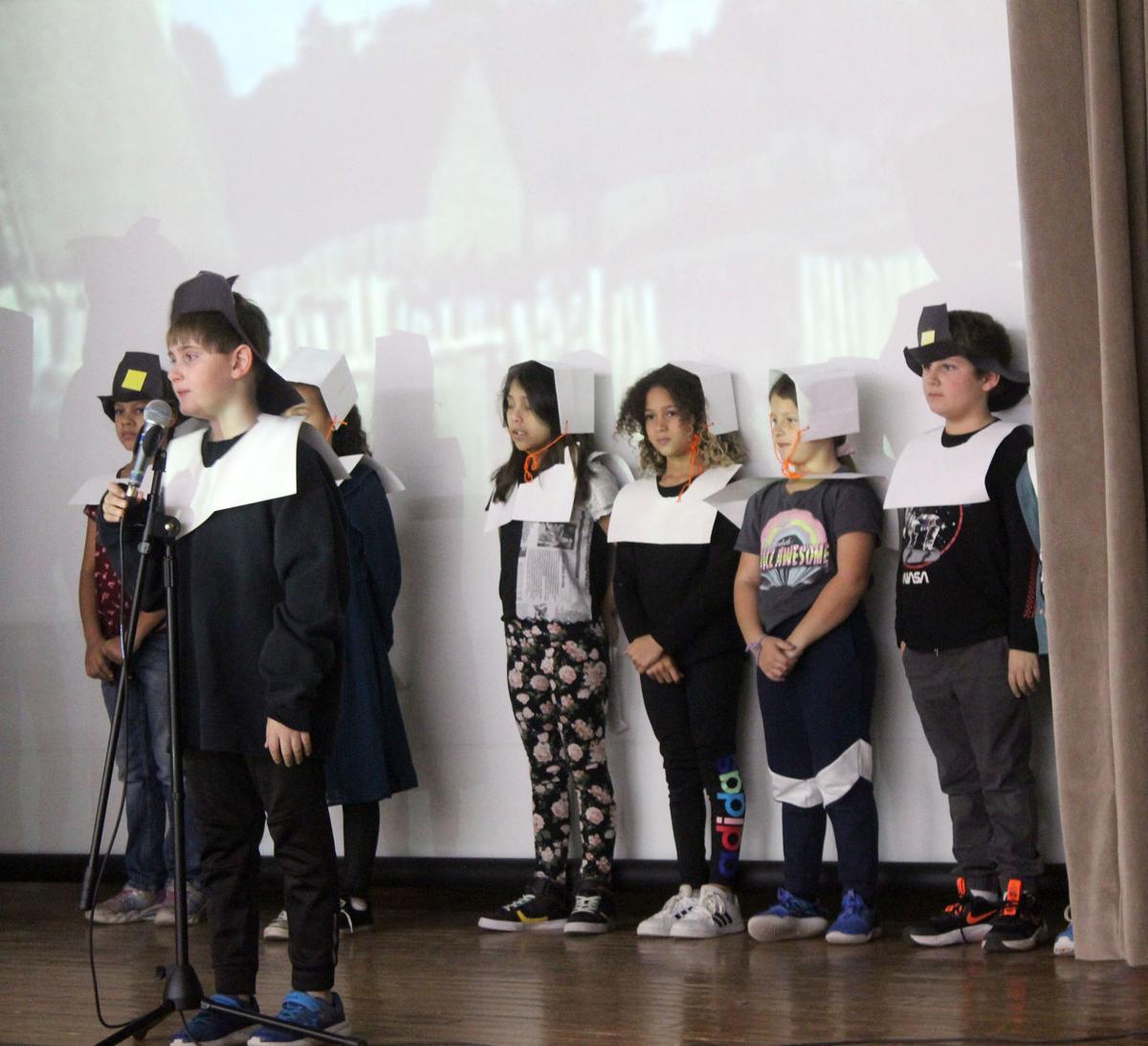 Third-grade students at Baugher Elementary School took to the school’s stage Tuesday to present a play focused on the first Thanksgiving. 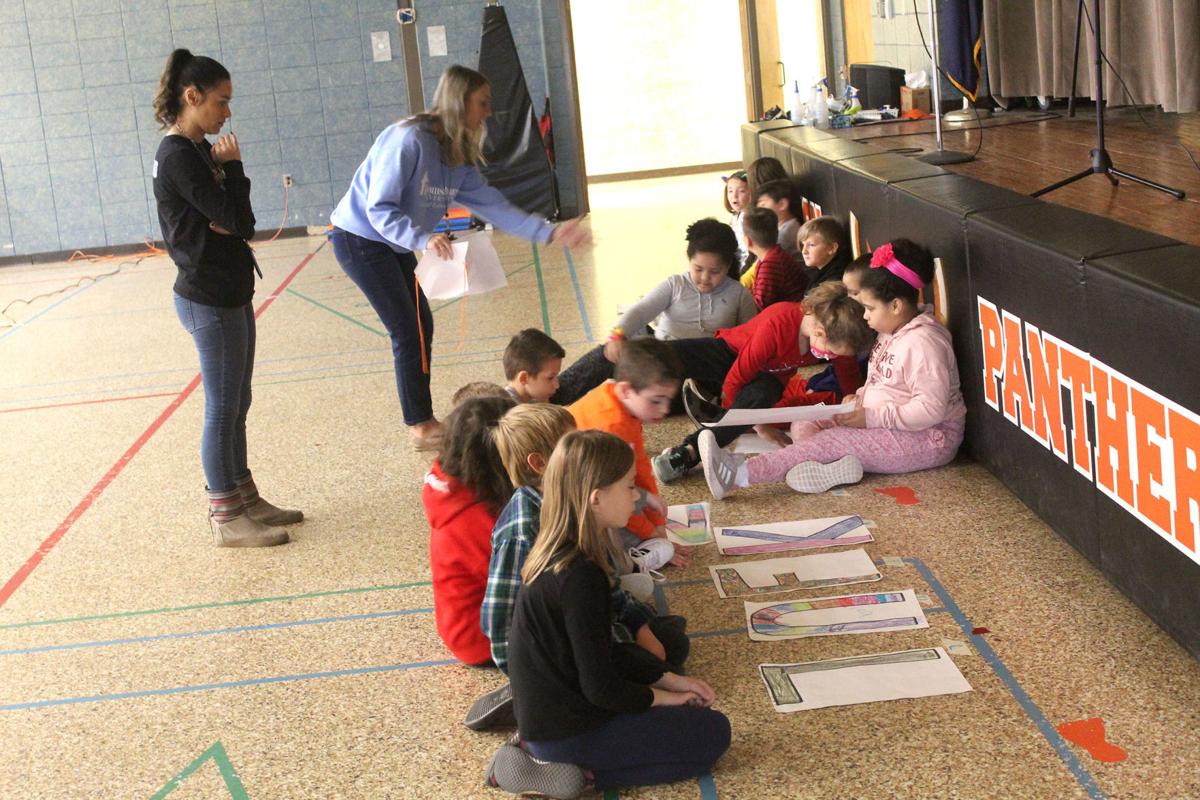 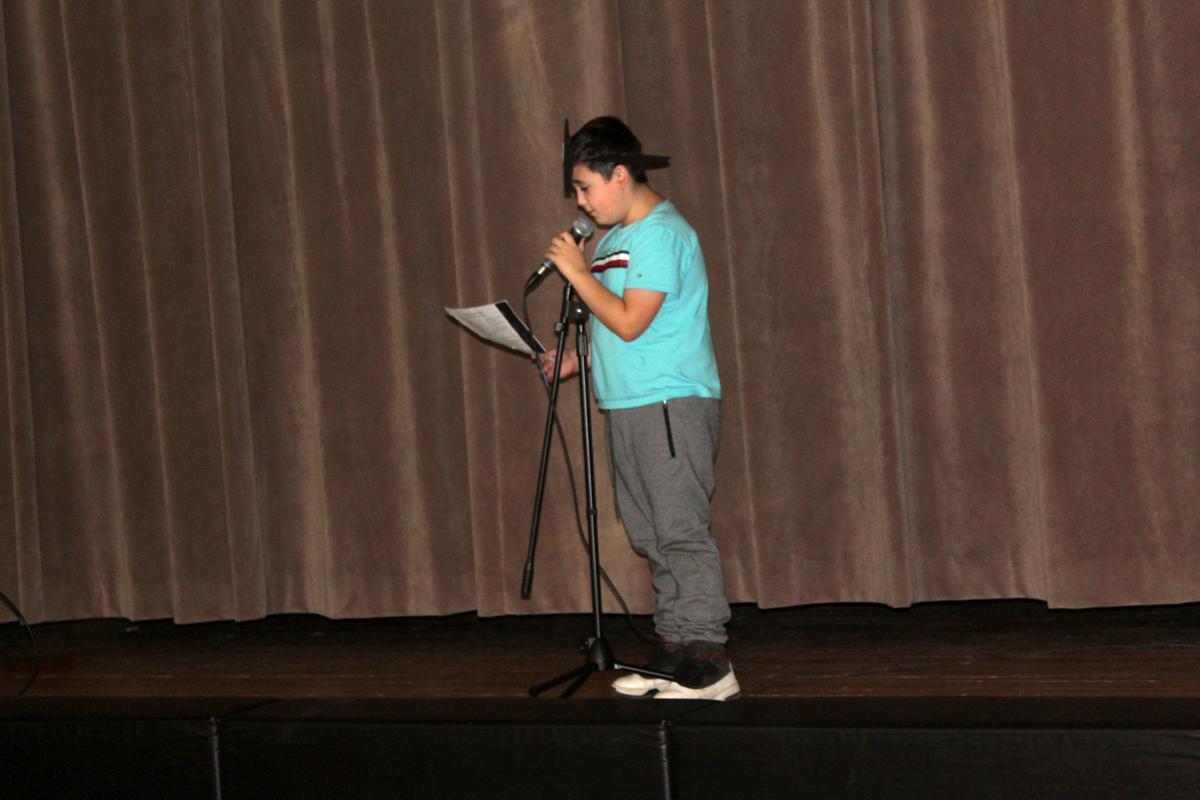 Luis Rosado, the narrator, reads his lines during a play about the first Thanksgiving, staged by Baugher Elementary School students.

Third-grade students at Baugher Elementary School took to the school’s stage Tuesday to present a play focused on the first Thanksgiving.

Luis Rosado, the narrator, reads his lines during a play about the first Thanksgiving, staged by Baugher Elementary School students.

MILTON — The lessons 42 third-grade students have learned over the past month will be carried with them for years to come as they sit down at the dinner table to celebrate Thanksgiving.

Students in Carissa Wagner and Katie Badman’s classes at Baugher Elementary School took to the school’s stage Tuesday to present a play focusing on the first Thanksgiving celebrated by the pilgrims and Indians. The play was recorded for future online broadcasts by the Milton Area School District.

The teachers said the students have been learning about the history of Thanksgiving — and how to put on a play — over the past month.

Kaelyn Martz, a student, spoke prior to the production about some of what she’s learned while preparing for the play.

“I learned what happened on the first Thanksgiving and how they started to do it,” she said. “The men had to get all their turkeys and geese. We have to go to the store and buy them.”

Student Evan Ranck also said those preparing for the first Thanksgiving had to work much harder to prepare than most do today.

“They couldn’t just go to the store and get what they wanted,” he said. “They had to work for it.”

In addition to learning the history of the first Thanksgiving, Badman said students have learned the importance of working together and what is involved in staging a play. She noted that is part of the third-grade curriculum.

“It’s a different experience for them,” Wagner said. “It’s out of their comfort zone. They are getting a lot of experience with plays.”

Badman said she was last involved in a similar lesson in 2017. This is the first time the two teachers have collaborated on the project.

“They are way excited,” Badman said, of the students. “They want to be here. They want to perform.”

Luis Rosado, a third-grade student who served as the narrator, said he learned the importance of having a narrator as part of a play.

Chanelle Hernandez, another student, has enjoyed learning the history of Thanksgiving and sharing it through the production.

“I get to tell people about the pilgrims and Indians, what happened with them,” she said. “I like learning that the pilgrims lived different lives than us. They had log homes.”