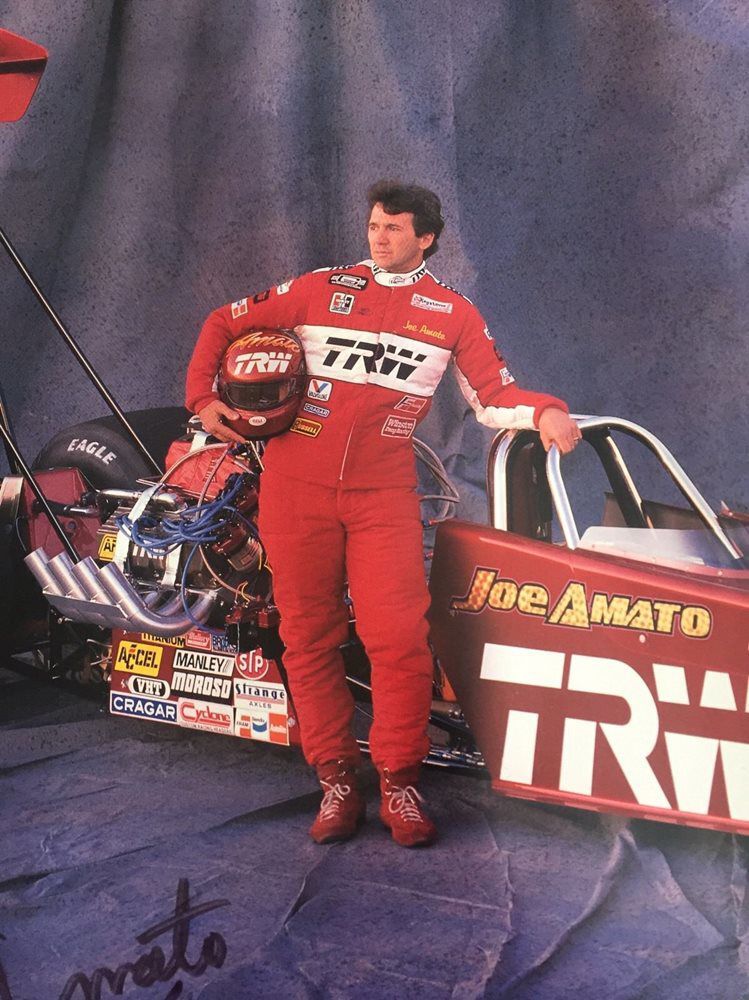 Joe Amato, of Lackawanna County, with one of the NHRA Top Fuel drag racing cars he drove during his career as a professional racer. 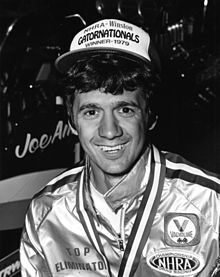 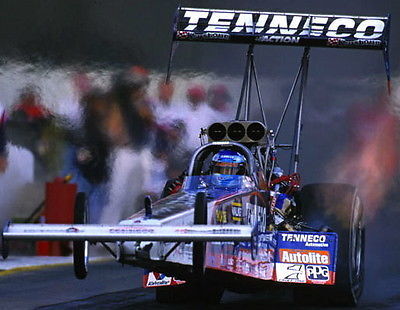 One of the cars Joe Amato drove during his career racing an NHRA Top Fuel drag car.

Joe Amato, of Lackawanna County, with one of the NHRA Top Fuel drag racing cars he drove during his career as a professional racer.

One of the cars Joe Amato drove during his career racing an NHRA Top Fuel drag car.

Editor's note: This is the second in a two-part series on Lackawanna County native Joe Amato. In part one, which appeared in the Feb. 6 Weekender, Amato spoke about his business ventures and ownership of a property in the Milton Industrial Park.

Amato's passion for racing developed as an 11 year old, working at a Lackawanna County speed shop owned by his father.

By the time he was 19, Amato operated two auto parts stores. Eventually, that led to his ownership of Keystone Automotive Warehouse.

"I was selling (auto) parts by day, at night I was working on my own (race) car, other people's cars," Amato said. "I grew up a car guy, a business guy and evolved into a race car guy.

He credits those who worked with him with helping him to find success.

"I'm very good at being able to find enough of the right people," Amato said. "That's been a key in life, to surround yourself with good people and give them the freedom to do what they're good at."

While traveling the country as a world-famous drag racer was exciting, Amato said it was also hard work.

"I had a pretty good record of winning," he said. "That was exciting. It was a job, though. You work, you are at the track."

On a typical race weekend, Amato said competitors would arrive at a drag strip on a Wednesday, with the final rounds of the competition taking place on a Sunday.

"There's a lot of ups and downs (in drag racing)," he said. "When you have a bad race, you're kind of not happy. It's a very mental roller coaster, racing. You're not always going to win."

While winning five championships were special moments, it's two home-track wins which stand out for Amato.

"We always raced in Reading, Pa.," he explained. "That was considered a home track. I could never win there."

Often, Amato would invite his Keystone Automotive Warehouse clients to attend the race weekend in Reading.

"Finally, the year before I retired, I won the race," he reflected. "That, for me, was a monkey off my back."

"That was the last race I won in my career," he said. "That was a special time.

"I always had a lot of memories, locally, my families, my friends were there," Amato continued. "That was a great time. You remember those kind of things."

Amato retired in 2000, earlier than he planned, after developing a problem with his eyes.

Although he stepped away from driving, Amato continued to own an NHRA Top Fuel team.

However, tragedy struck in 2004 when Darrell Russell — Amato's driver — was killed in a crash while competing at Gateway International Raceway near St. Louis.

"That was a bad moment in my career," said Amato, who subsequently sold his drag racing team in 2005.

Although he continues to attend NHRA drag racing events, and has served as a television commentator, Amato believes the era he competed in allowed for more mechanical ingenuity than today.

"The era when I raced, it was better," he said. "We had a lot more flexibility of what you could do, as far as upgrading your (equipment).

"Now, it's kind of cookie cutter," Amato continued. "Everybody runs the same wing... You can't be quite as creative as we had the ability to do back then."

Throughout his career, Amato noted that he competed against many drag racing legends, including Dick LaHaie, Kenny Bernstein and Don Garlits.

"Racing (Garlits) was cool," Amato said. "He was a guy I looked up to when I was a kid. He is really the master of the sport. He designed the rear-engine dragster."

He points to Gary Ormsby as being one of his toughest competitors.

In 1990, Amato and Ormsby were the top two racers in the series.

"Gary Ormsby in 1990, I raced him for the championship, the last round, the last race," Amato recalled. "Whoever won that race was going to be the champion."

Amato emerged victorious in the finale, held in Pomona, Calif.

Among today's drag racers, Amato points to Steve Torrence as being one of the best in the business. Torrence won the Top Fuel championship in 2018, 2019 and 2020.

In 2018, Amato noted that Torrence won each of the final six races of the season.

"To win all those rounds, all those races, that was amazing to do that," Amato said.

The format for determining the NHRA Top Fuel champion is different than today than it was when Amato raced. The point standings are reset in an elimination-style format over the final races of the season.

Amato believes he would've been successful had the current format been in place when he raced.

"I always had a steady team, that was my trick, I think in a way," he said. "I was able to raise the money. I had enough money to race with."

Amato was also able to hire good team members, which he said made a difference.

"It comes down to having the right people and being able to drive the car," he said. "You gotta be consistent and fast, that's the hard part."

Knew him when he first got started in the gas classes!