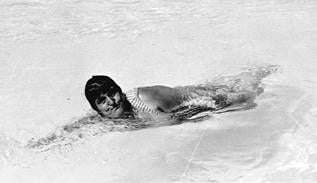 Claire Jolly was the first person to jump into the Milton Community Pool during a 1967 dedication ceremony. 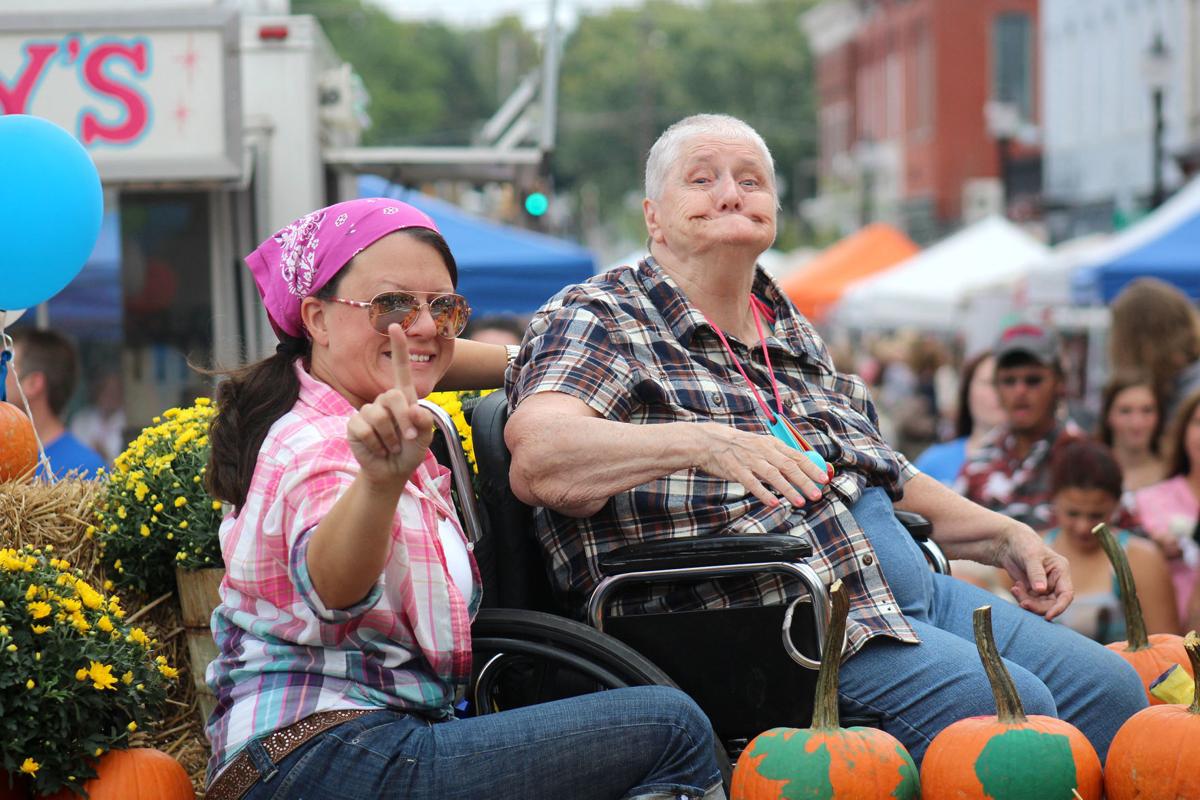 Claire Jolly, right, appeared on a Milton Nursing and Rehabilitation Center float in the 2016 edition of the Milton Harvest Festival parade. A resident of the facility at the time, she was joined on the float by Tanya Snyder, a staff member at the center.

Claire Jolly was the first person to jump into the Milton Community Pool during a 1967 dedication ceremony.

Claire Jolly, right, appeared on a Milton Nursing and Rehabilitation Center float in the 2016 edition of the Milton Harvest Festival parade. A resident of the facility at the time, she was joined on the float by Tanya Snyder, a staff member at the center.

MILTON — Claire Jolly is being remembered as “an icon” of Milton who enjoyed making other laugh.

Jolly, who was 86, passed away Monday, Jan. 4, at Manor Care North in Williamsport.

George Venios, a Milton historian who also serves as executive director of The Improved Milton Experience (TIME), said his family lived near Jolly as he was growing up on Elm Street.

“I think of her as an icon of this community,” he said. “She’s somebody that everybody knew and loved... She was a very happy person, very joking, continuously joking, kind hearted.”

He also recounted a story about Jolly which has been recounted across the community for more than 50 years.

When the Milton Community Pool was dedicated in June 1967, Jolly took center stage during the celebration.

Venios said he was at the dedication, though he was young at the time and did not see a story which has been shared numerous time since the dedication.

“It was a formal event, it was during the week of (Milton’s) sesquicentennial,” he said. “One of the community projects was to build the pool.”

As the pool was built in conjunction with the sesquicentennial, Venios said it was dedicated during the celebration.

“There was a lot of officials there,” he continued. “They had a podium, formal speaking.”

Jolly was also in attendance, and jumped into the pool in the midst of the dedication ceremony.

“The joke was (Jolly) christened the pool,” Venios said.

She was also known for dressing as a clown, and handing out balloons at local parades.

As he was serving as an officer with the Milton Police Department, he said Jolly would often share laughs with the officers.

“She was a fixture in the town,” Nelson said. “Everybody knew who Claire was.”

Keith Herr is among those who knew Jolly.

“She grew up with my mom, Alice Herr,” Herr recalled. “(Jolly) would come up to visit our family on Walnut Street, would have coffee with my mom.”

He said Jolly enjoyed riding a three-wheeled bicycle around Milton, always carried spoons and a special pet with her.

“She had a live white mouse that she carried with her,” Herr said. “I remember that from when I was a child.”

He has other early memories of Jolly as well.

“She used to come into the school in Milton, come into classes and sit in classes,” Herr said, noting that Jolly was an adult at the time.

“Sometimes the teacher would ask questions, nobody would answer the questions, but Claire would answer,” he said. “She was a very pleasant woman. She enjoyed life.”

Numerous anonymous comments about Jolly have also been posted by community members on the Shaw Funeral Home website.

One post also recalled Jolly’s visits to the school.

“She would come into the classrooms at the high school and usually knew more than the students,” the post said. “She had a wonderful memory and could regale others with her memories of Milton and its citizens... Claire had a heart of gold and a deep faith.”

Others described Jolly as “a wonderful woman” who enjoyed interacting with others and making people laugh.

“I knew Claire all my life,” one post said. “She was a caring and loving person who always thought of others before herself... Those that knew Claire (were) truly blessed.”

According to an obituary appearing on the funeral home’s website, Jolly was the last of her siblings. Services will be held privately.