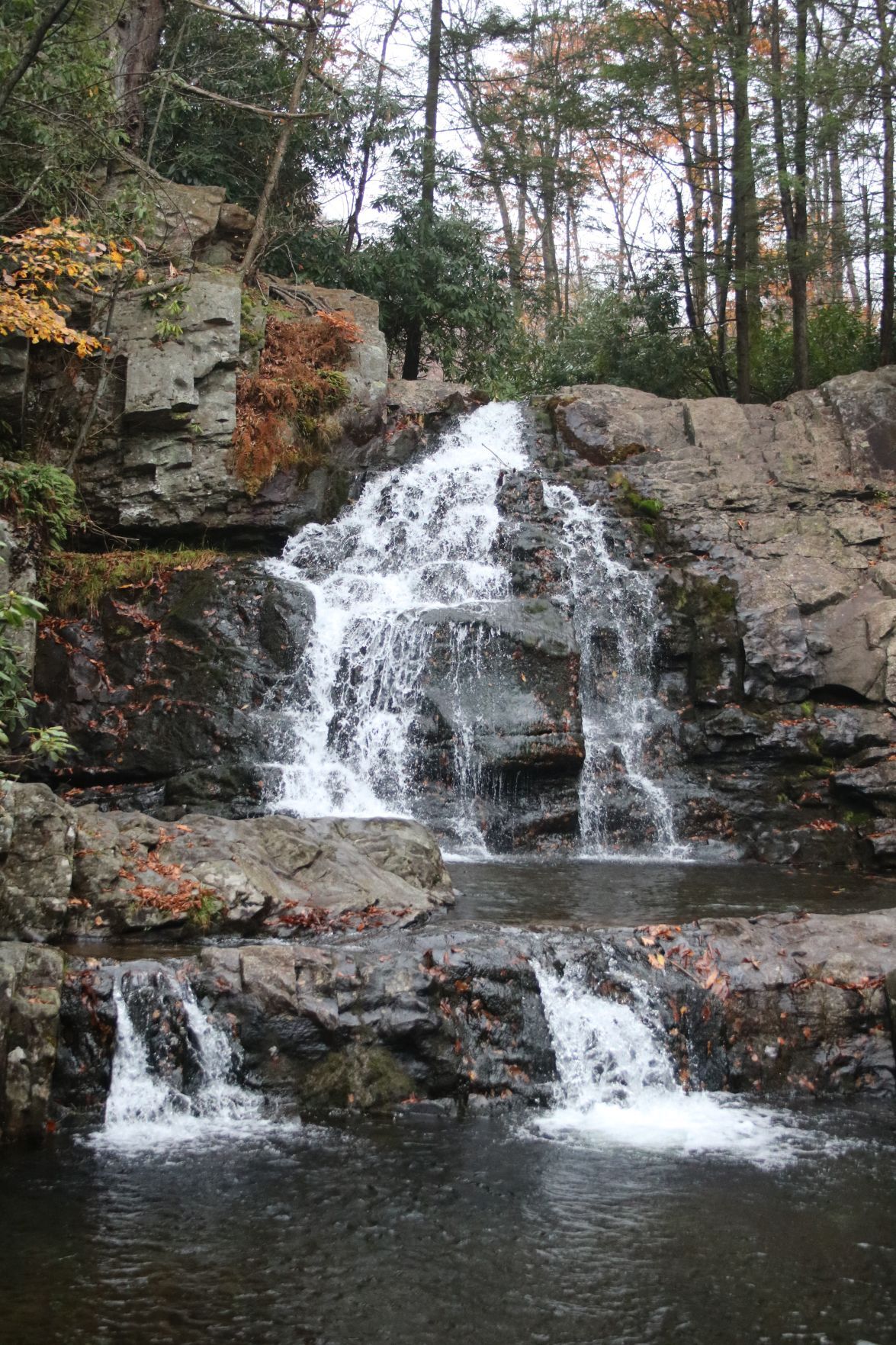 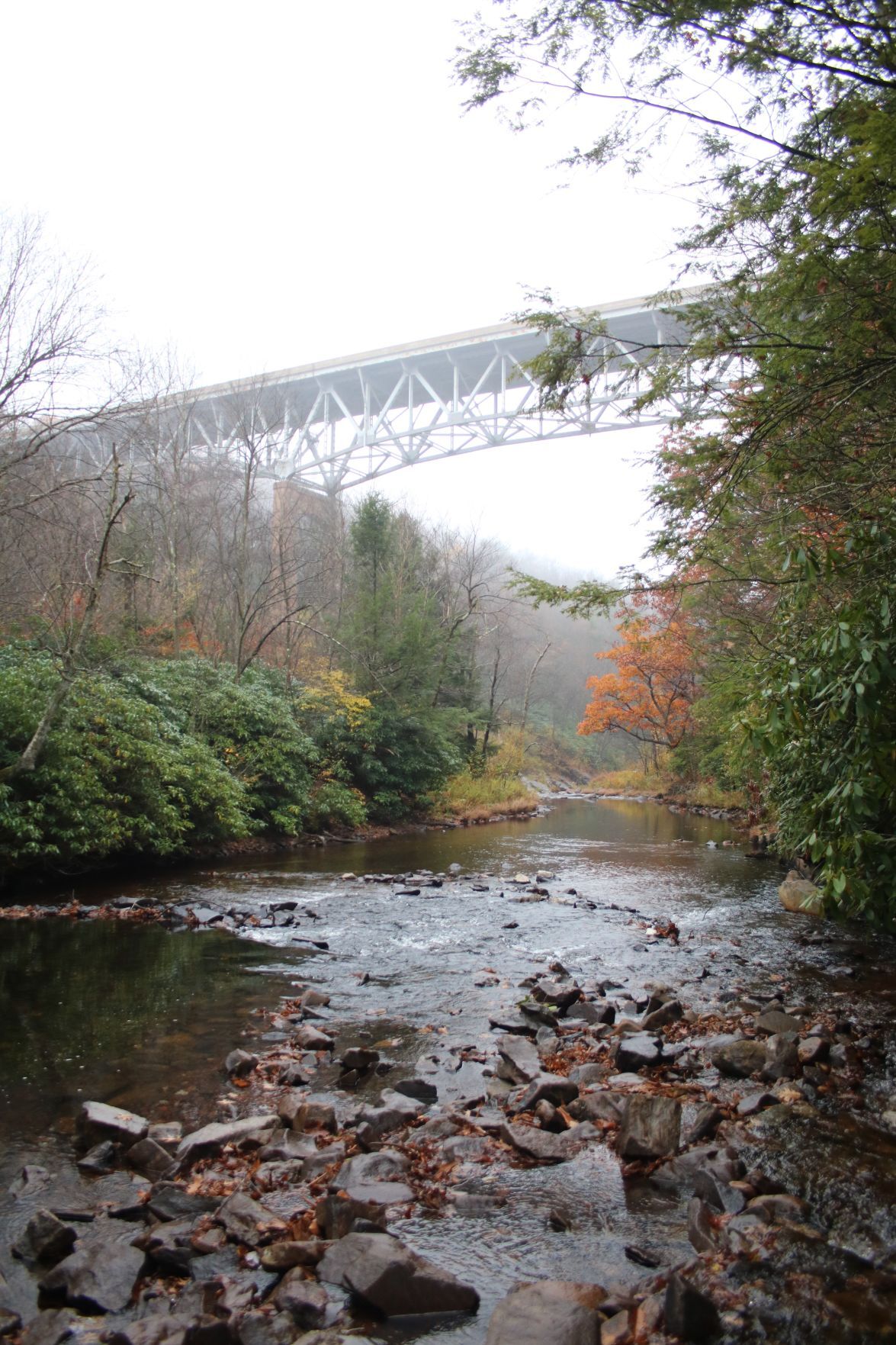 Looking east along Mud Run, visitors to Hawk Falls can catch a glimpse of a Pa. Turnpike overpass. 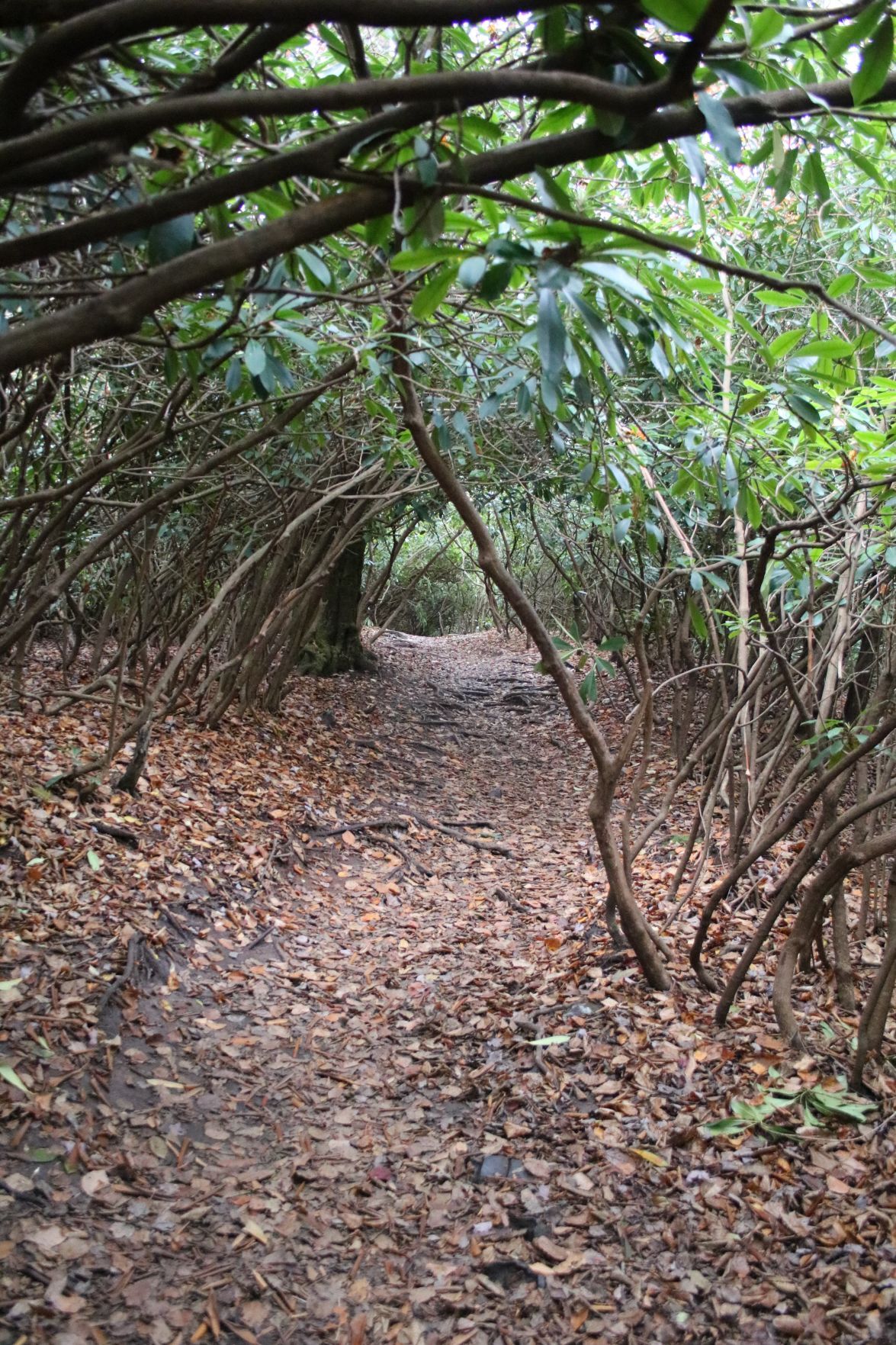 Visitors to Hawk Falls will encounter several groupings of rhododendron, including a tunnel of the flowering plant just prior to seeing the falls.

Looking east along Mud Run, visitors to Hawk Falls can catch a glimpse of a Pa. Turnpike overpass.

Visitors to Hawk Falls will encounter several groupings of rhododendron, including a tunnel of the flowering plant just prior to seeing the falls.

WHITE HAVEN — One of the best things about hiking in central Pa. is the close proximity to some stunning waterfalls. From the dozens of falls at Ricketts Glen State Park to the hidden gems at state parks and forests throughout the region, the sights and sounds of waterfalls always manage to get your heart pumping.

An especially dry summer has all but reduced many area waterfalls to little more than a trickle, if that. Several area streams that feed some of the larger rivers and creeks — especially those feeding Loyalsock and Pine creeks — are almost completely dry. Recent rains have some coming back to life, but most will likely remain little more than a trickle until snow melt fills the waterways again.

A summer without some waterfalls would be hard to stomach, so the decision was made to head east and take in Hawk Falls, which is located on the sprawling acreage of Hickory Run State Park, White Haven, Carbon County. A little more than an hour from most central Pa. locations, it is far enough east where rainfall has been closer to average for the season, and rushing water was not hard to find.

The trail is located at the southeastern end of the state park, which is comprised of nearly 16,000 acres in the western regions of the Poconos. Trekking to Hawk Falls is something the entire family can enjoy as the trail is wide, fairly smooth and short — not quite a mile. There's little elevation change either.

A trailhead which feeds the Hawk Falls and Boulder Field trails is just off Route 534, easily accessible from I-80 (exit 274). The park itself, which features a new visitors center, is only about six miles off the interstate, but it's a bit further to reach the falls trailhead.

As you begin your trek toward the falls, you encounter some mountain laurel and rhododendron, along with some unique rock and root formations. Running water is something you hear the entire trek to the falls. There's a stream crossing, which features a nice sturdy bridge, and soon thereafter you can take a step off the trail to the right and overlook the falls below.

Venturing further toward the falls, you come to an intersection with the Orchard Trail, which further explores this area, known as Mud Run, adding a little over a mile to the journey for those wanting a longer walk.

As you approach Hawk Falls, you walk through a tunnel of rhododendron and emerge to a view of Mud Run, and an overpass hundreds of feet above in the distance. Some traffic noise can be heard in the distance but the sounds of the 25-foot waterfall mostly drowns it out.

The running water around Hawk Falls is amazingly clear and fishing is allowed with restrictions. The rock formations are amazing with some vertical walls that are not often seen in areas of central Pa.

Hickory Run State Park features several shorter-length trails which makes its a great day outing for the family. While it lacks the vistas many of the parks closer to home feature, the running water and unique rock formations make it a great area to explore.