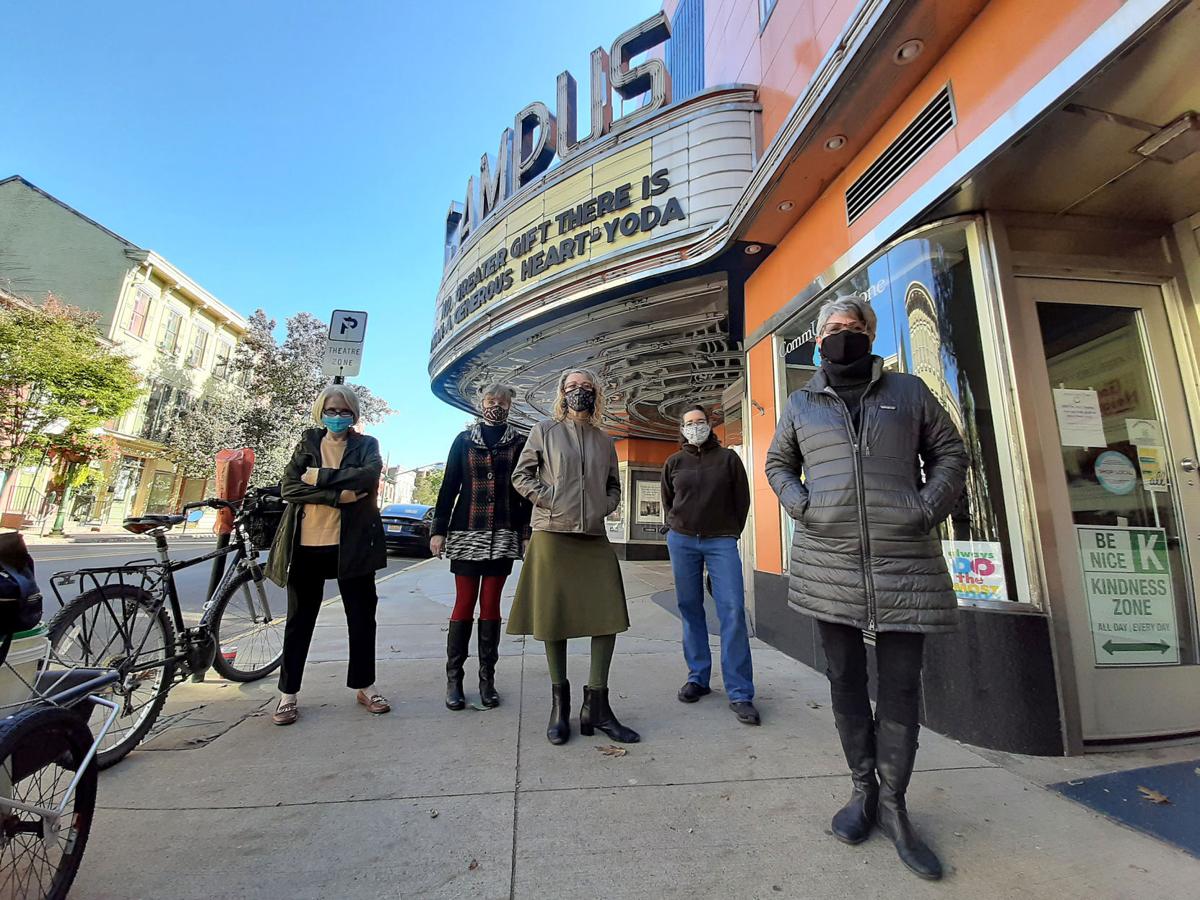 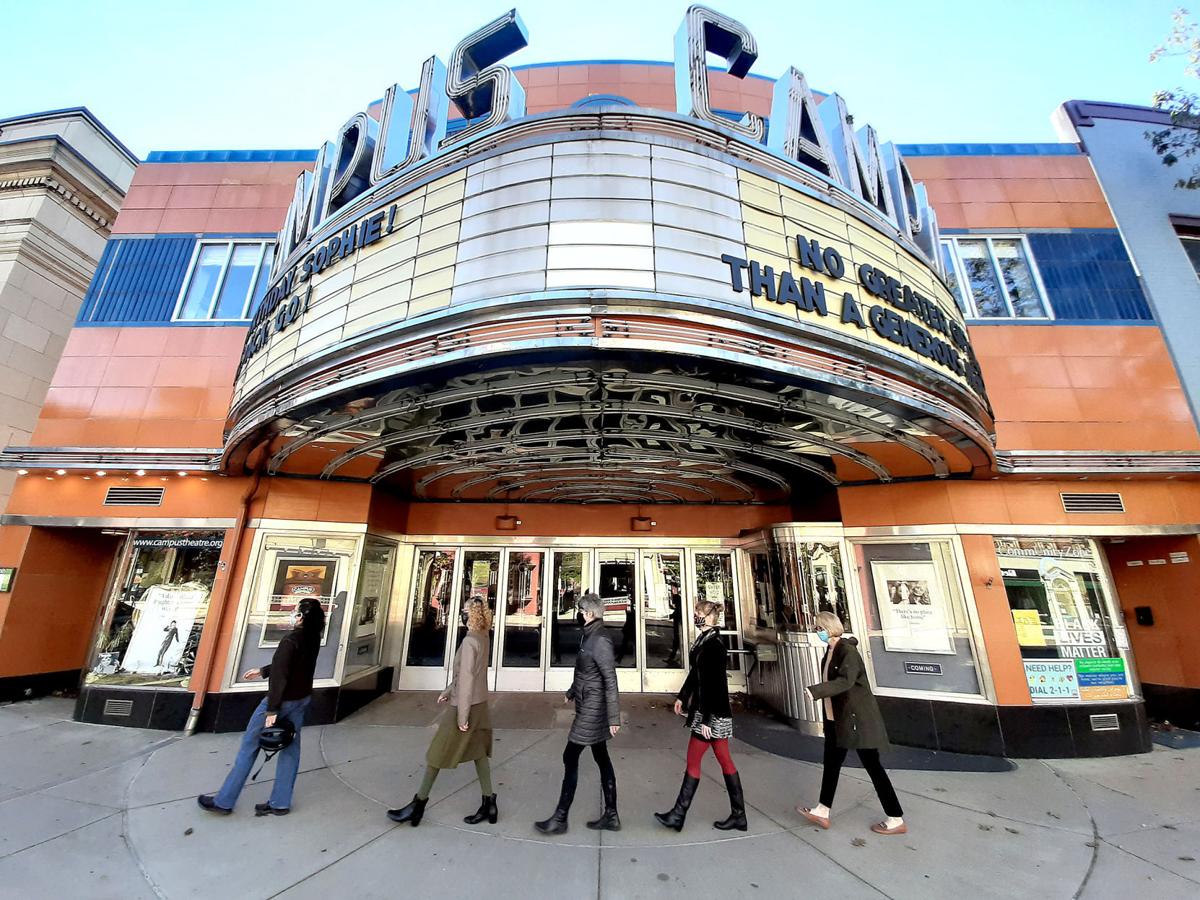 LEWISBURG — Halloween in Lewisburg this year will include a celebration like none before it.

The Market Street Mask-a-Rade will be from 11 a.m. to 7 p.m. Saturday, Oct. 31 along Market Street, Lewisburg. Stakeholders formed a group several months ago to organize the celebration which would be fun, safe and perhaps a little scary.

Kim Wheeler, special projects coordinator and grants manager for Lewisburg Borough, said Halloween ordinarily attracts 900 to 1,000 trick-or-treaters to the borough during a condensed period of time. It became clear this summer that plans for a safe celebration were needed in view of public health guidance during the COVID-19 pandemic.

"We created a Halloween Task Force and started to think through other options and alternatives we could have to maybe redirect people from thinking about going from door to door and putting their hands into a pot of candy," Wheeler said. "There is (also) congestion in front of houses and on sidewalks."

Lewisburg Neighborhoods (LN) gladly became a partner in the effort, said Samantha Pearson, LN executive director and Elm Street manager. The LN has been a proponent of safe practices during the pandemic. Pearson said Halloween, with other holidays to follow, would be times to modify behaviors in the interests of safety.

"There are a lot things to think through," Pearson said. "You don't encounter anyone for very long on Halloween. On one hand that's true, on the other hand a lot of people sit with their doors open. It doesn't make that much sense this year to have 'exchange' between masses and individual households."

The LN has also been part of a fundraising effort for the Market Street Mask-a-Rade, proposed as a safer alternative to the usual trick-or-treating. Visit lewisburgneighborhoods.org for more information.

Pearson suggested family donations of what would have been spent on bags of candy this year. Donations would go to giveaways during the Mask-a-Rade.

The doors of the Campus Theatre will be rolling out the orange carpet anticipating a "costume parade" passing by. Scotta Magnelli, Campus Theatre executive director, said Andy Seal, technical director, would be live-streaming and recording the event so that anyone may watch it.

"Now that we have renovated our ticket booth, we'll have a fortune teller or some fun thing, some 'being' in the booth," Magnelli said. "We'll also have a photo op along Market Street, a fun and scary thing people can stand in front of and have photos taken."

Magnelli said Hufnagle Park would be the site of a pre-packaged candy giveaway. The doors of the theatre would also be decorated with black-and-white photos of characters from classic horror films.

Lynn Ragusea, Lewisburg Downtown Partnership (LDP) executive assistant, noted that businesses were concerned about the crowds which tend to assemble on Halloween. The extended hours of the Mask-a-Rade was a good step toward ensuring safety while still encouraging people to come downtown.

"I love the idea of seeing and being seen in your costume," Ragusea said. "That is key for the kids. You work hard on your costume and you want people to see you (and) see other people in their costumes."

Task Force representatives agreed that costumes would be a little different in 2020, partly because of the events of the year and partly for safety. Hazmat suits and medieval plague doctor masks could be big.

Pearson explained a plague doctor mask was an item based on what was actually used hundreds of years ago before there was much understanding of viruses.

"They had these masks where they put spices in the nose and had a big beak," Pearson said. "It was like a gas mask with their version of a filter."

Pearson hoped participants would resist ripping off their facial coverings off at the first opportunity.

"We would rather you err on the side of wearing a mask," Pearson said. "This is going to be an occasion where you are going to be around a lot of people. Besides, Halloween is a perfect time to wear a mask."

Pearson noted that the Centers for Disease Control and Prevention (CDC) was reminding people that the mask which came with a costume stored in their closet is probably not an effective barrier.

Similarly, the CDC is advising against wearing an anti-virus covering with a conventional mask. A good facial covering incorporated into a costume, like a ninja warrior, would be ideal.

Lewisburg Mayor Judy Wagner said the official borough hours for trick-or-treating would be abandoned this year in favor of the Mask-a-Rade. Task Force members employed out-of-the-box thinking in coming up with the plan which Wagner hoped would serve as an example of the right steps to take.

Wheeler said the LCM planned to set up a tent and be the starting point for a "promenade" along Market Street. Participants may pick up candy bags at Hufnagle Park then continue for another giveaway at the end. Spooky characters will serve as marshals along the way.