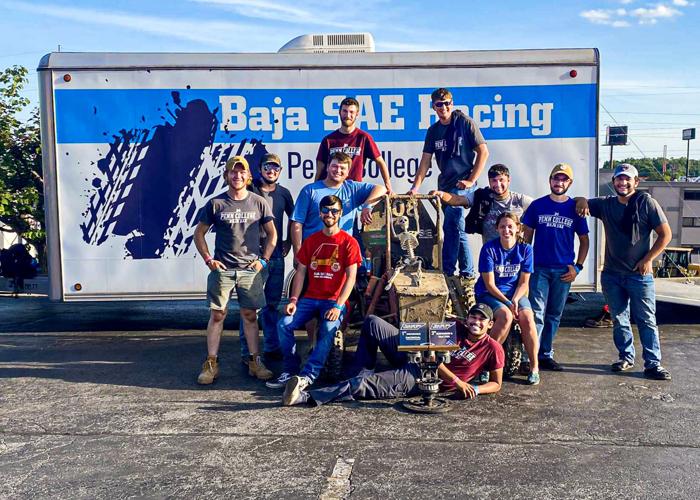 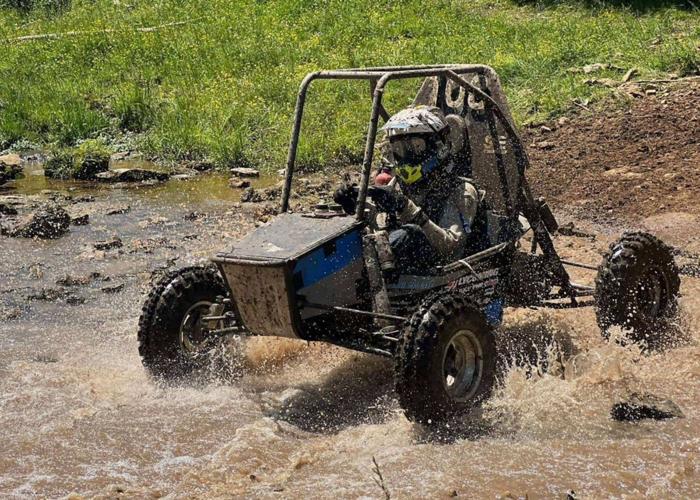 WILLIAMSPORT — For a decade, Pennsylvania College of Technology’s Baja SAE team has placed among the nation’s elite in endurance races. After Baja SAE Tennessee Tech, the team reigns supreme.

Conducted by the Society of Automotive Engineers, the competition requires schools to design, manufacture and build a single-seat, all-terrain vehicle to survive various challenges.

“It’s so gratifying to win this race after being close in other years (10 top-10 finishes since 2011),” said John G. Upcraft, instructor of manufacturing and machining and adviser to Penn College’s Baja SAE club since its inception 17 years ago. “It’s an unbelievable feeling. I’m so proud of the team’s effort and the dedication they’ve shown in the months leading up to the competition. They have worked very hard for this moment. The victory is well-deserved.”

“This victory is not just the result of the effort from this year’s team. It’s the culmination of years of effort by past teams who established and built upon a solid foundation,” said Dakota C. Harrison, of Lewisberry, Baja club vice president and one of two Penn College drivers for the endurance race. “The realization of how many teams before us have been aiming for this makes our win somewhat surreal. We’re standing on the shoulders of giants today.”

Penn College began the endurance race in third position, a result of the team’s third-place showing in the acceleration competition, one of four dynamic events held the previous day.

By the end of the first 1.2-mile lap, Harrison navigated Penn College to the lead with École de technologie supérieure (a Montreal university) and Michigan in hot pursuit. The second half of the race was mostly a two-car duel between Michigan and Penn College.

“We were putting a lot of pressure on each other. It was a matter of who could hold up to that pressure the longest,” Harrison said.

The pressure intensified for the Penn College team when a problem with the car’s side panel forced an unplanned pit stop about three hours into the race. The panel’s corner became detached from the car’s frame. Instead of panicking, the Penn College crew, led by Dhruv Singh, of Dayton, N.J., improvised. They employed zip ties and gaffer tape to secure the corner in under five minutes.

New driver Tyler J. Bandle, of Slatington, was a lap down to Michigan when he returned to the course. But it took him only 30 minutes to lap Michigan twice and put Penn College in the lead to stay.

“We all played our roles. That was the key to our success this year,” Harrison said. “The team is a collection of individuals who share the same cause. Everybody recognized their individual talents and applied those talents appropriately.”

Morgan R. Bagenstose, of Reading, designed the car in SolidWorks, a computer-aided design and engineering program. She used the software’s finite element analysis tool to determine the amount of force the car could withstand.

“I knew our design was strong because of all the testing, so I wasn’t concerned about the car holding up under normal conditions,” said Bagenstose, Baja team president. “But it was still kind of nerve-racking watching the race. If another car hit us, it could have ruined everything. Fortunately, that didn’t happen. Our hard work paid off.”

In addition to designing the car, team members spent hours manufacturing nearly all of its components, assembling the 311-pound vehicle and testing its performance at a quarter-mile track, cleared by heavy construction equipment technology students at the college’s operations training site near Allenwood.

“The students devote considerable time throughout the year to prepare for Baja competitions,” Upcraft said. “They are in the lab late at night and on weekends to make the car the best it can be. If you want to do well, it’s an all-consuming process. They obviously met that challenge.”

“It wasn’t an easy choice to miss commencement,” Harrison admitted. “But the way we see it, we’ve worked so hard for these competitions during the past four years. They mean everything to us.”