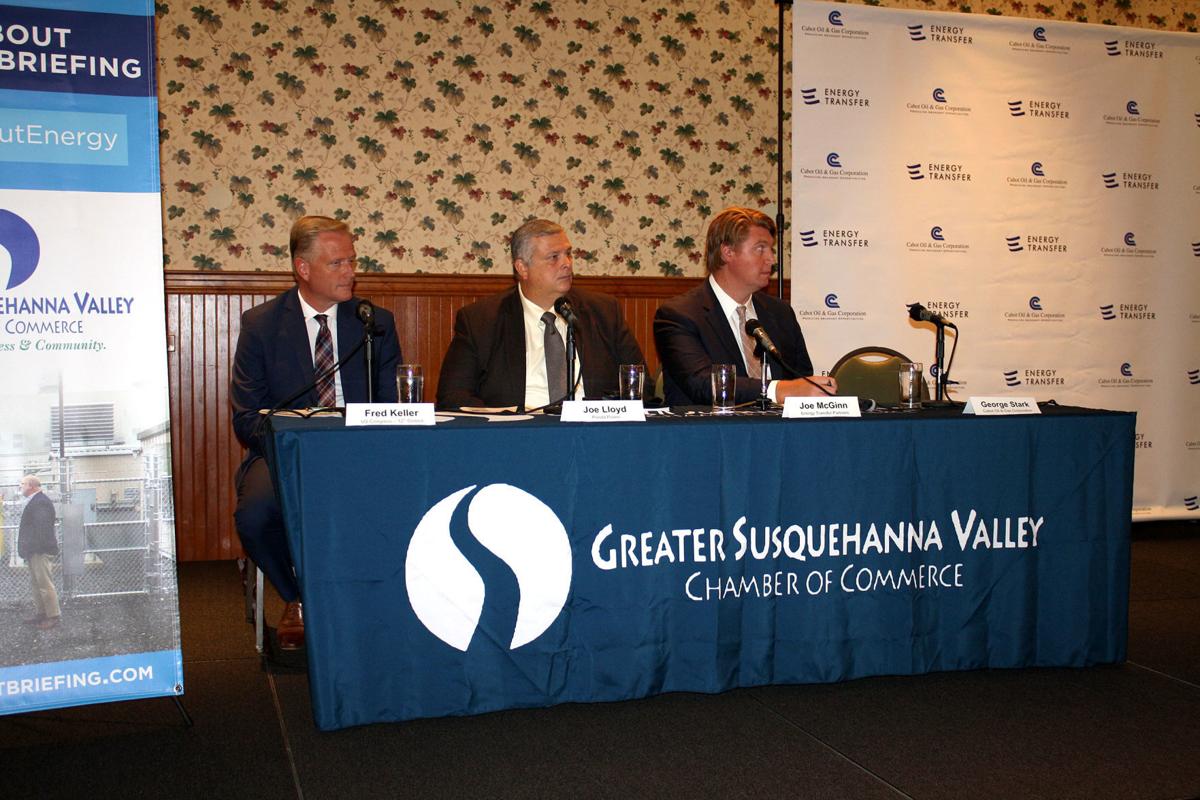 Congressman Fred Keller (R-Pa. 12) was among speakers on a panel discussion Wednesday in Lewisburg of how the natural gas industry has succeeded in Pennsylvania. 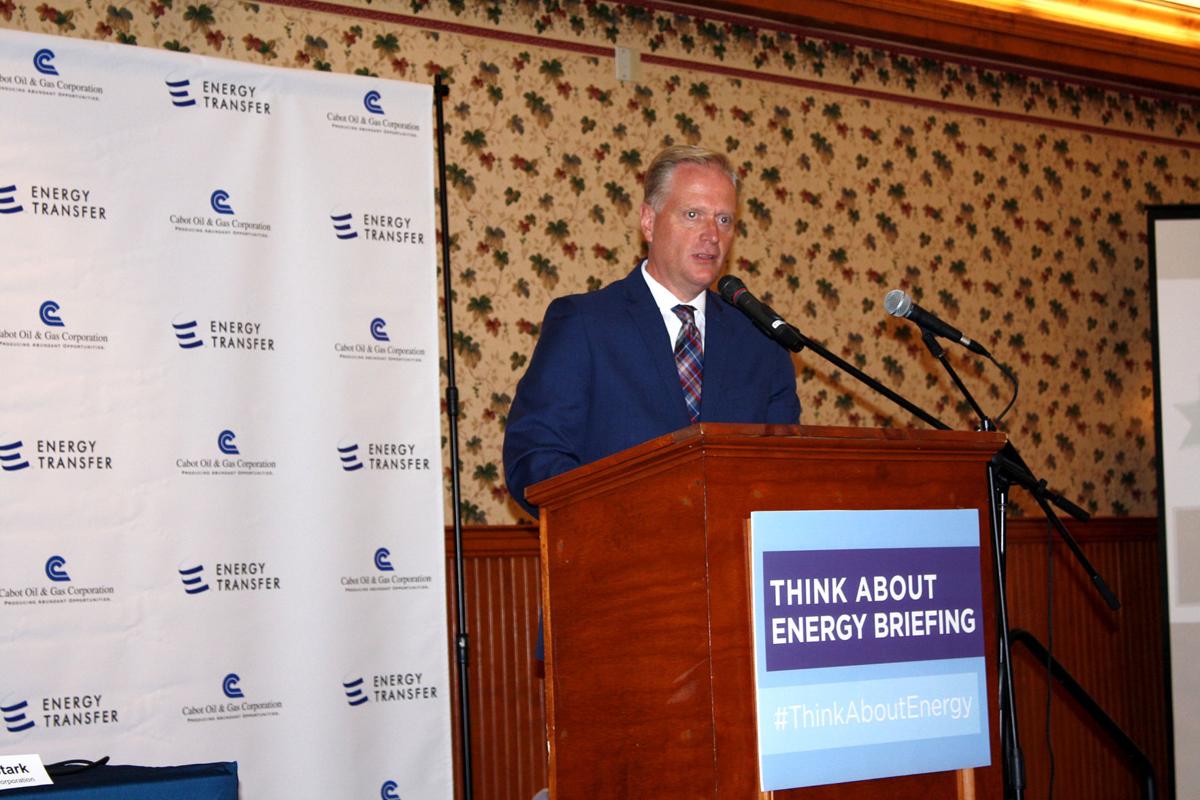 Congressman Fred Keller (R-Pa. 12) told a gathering of business leaders that American allies could be strengthened if they became buyers of LNG (Liquified Natural Gas) from Pennsylvania. 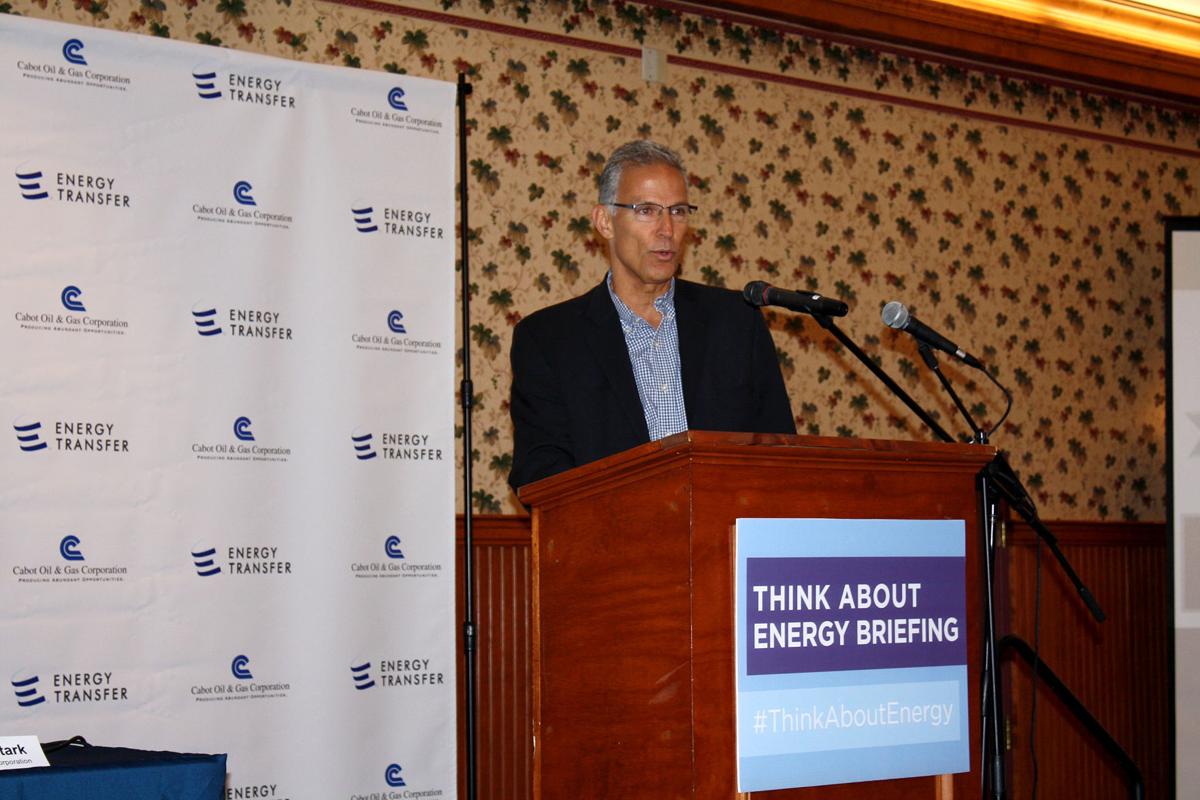 George Stark, Cabot Oil and Gas director of external operations, cautioned a group at Country Cupboard to not take energy resources for granted.

Congressman Fred Keller (R-Pa. 12) was among speakers on a panel discussion Wednesday in Lewisburg of how the natural gas industry has succeeded in Pennsylvania.

Congressman Fred Keller (R-Pa. 12) told a gathering of business leaders that American allies could be strengthened if they became buyers of LNG (Liquified Natural Gas) from Pennsylvania.

George Stark, Cabot Oil and Gas director of external operations, cautioned a group at Country Cupboard to not take energy resources for granted.

So noted Congressman Fred Keller (R-Pa. 12) at the Think About Energy Briefing held Wednesday at Country Cupboard. Speakers at the event hosted by the Greater Susquehanna Valley Chamber of Commerce also included members of the natural gas and related industries.

“We’ve got a resource here,” Keller said. “America was energy dependent. We can be energy independent and be an exporter of energy which means we don’t have to rely on nations who do not share our values and our interests.”

Keller noted that Russia has been a source of natural gas for some US allies. Liquified Natural Gas (LNG) from Pennsylvania could be a better deal for all.

“Just think if we could have liquification stations, liquify that natural gas and put it on a ship and export it to our allies so they don’t don’t transfer wealth to people who don’t share our interests,” Keller said. “It is a huge game-changer for what it means for America’s safety, jobs, education and our environment.”

Keller, a State House member before being elected to Congress in May, said the gas industry and related businesses have been good for the state’s books.

“When I got to Harrisburg in 2011, I think the budget deficit was between $3 billion and $4 billion,” Keller said. “This year there was an $800 million surplus in state revenue.”

The briefing, the first of its kind in four years, was to take a pause to appreciate how far the industry has come.

Other speakers included George Stark, Cabot Oil and Gas director of external operations, who said energy use should not be taken for granted.

Stark noted that 12 years ago there was no natural gas production in Susquehanna County. However today, the lightly populated county to the northeast was the top gas producer in the state.

Joe McGinn, senior manager of public affairs for Energy Transfer, cited Sunoco and its pipeline system as its better-known subsidiary.

McGinn said the pipeline which was built to feed the Panda Hummel Station near Selinsgrove. Efficient distribution and use of natural gas has kept the price of a gallon of gasoline lower than the price of gallon of milk.

“PJM takes a look at the load for tomorrow, what they are going to need for electricity,” Lloyd said. “Everyone puts in their numbers of how many megawatts they can make and at what cost.”

Lower cost electric power was more likely to get picked up by the PJM, Lloyd said. The competition has stimulated innovation in the industry.

Sarah Wochele, a member of Green New Deal Lewisburg and the local chapter of the Climate Reality Project, was among a handful of attendees who may not have been bullish on the increased use of natural gas.

“I was disappointed that there was no talk of the risks of water contamination in the drilling process,” she said. “They make it seem like it is totally safe.”

Staff writer Matt Farrand can be reached at 570-742-9671 and via email at matt@standard-journal.com