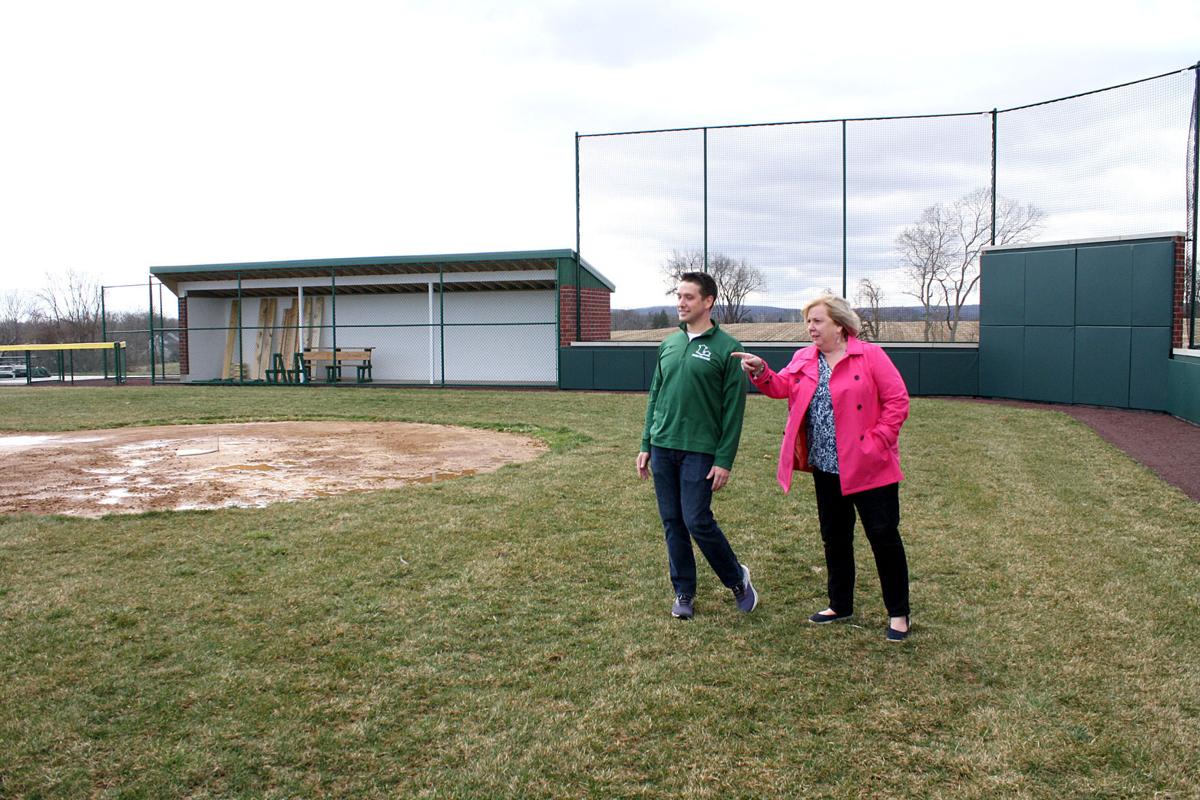 Lewisburg Area High School Assistant Principal Eric Wetzel and Julie Kramm looked over a baseball field soon to be dedicated to the memory of her son Brandon Kramm. 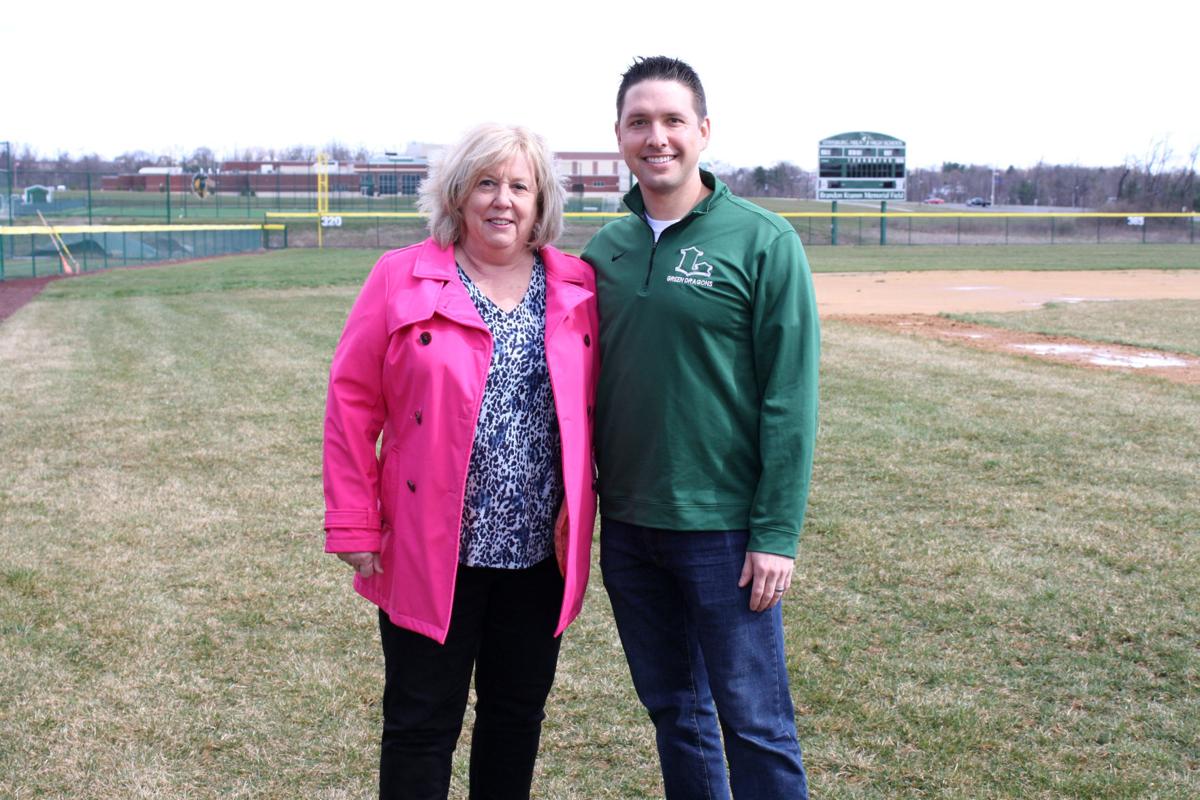 Julie Kramm, Brandon Kramm's mom, and Eric Wetzel, his life-long friend and teammate, said the field where they stand will soon be dedicated in his memory. 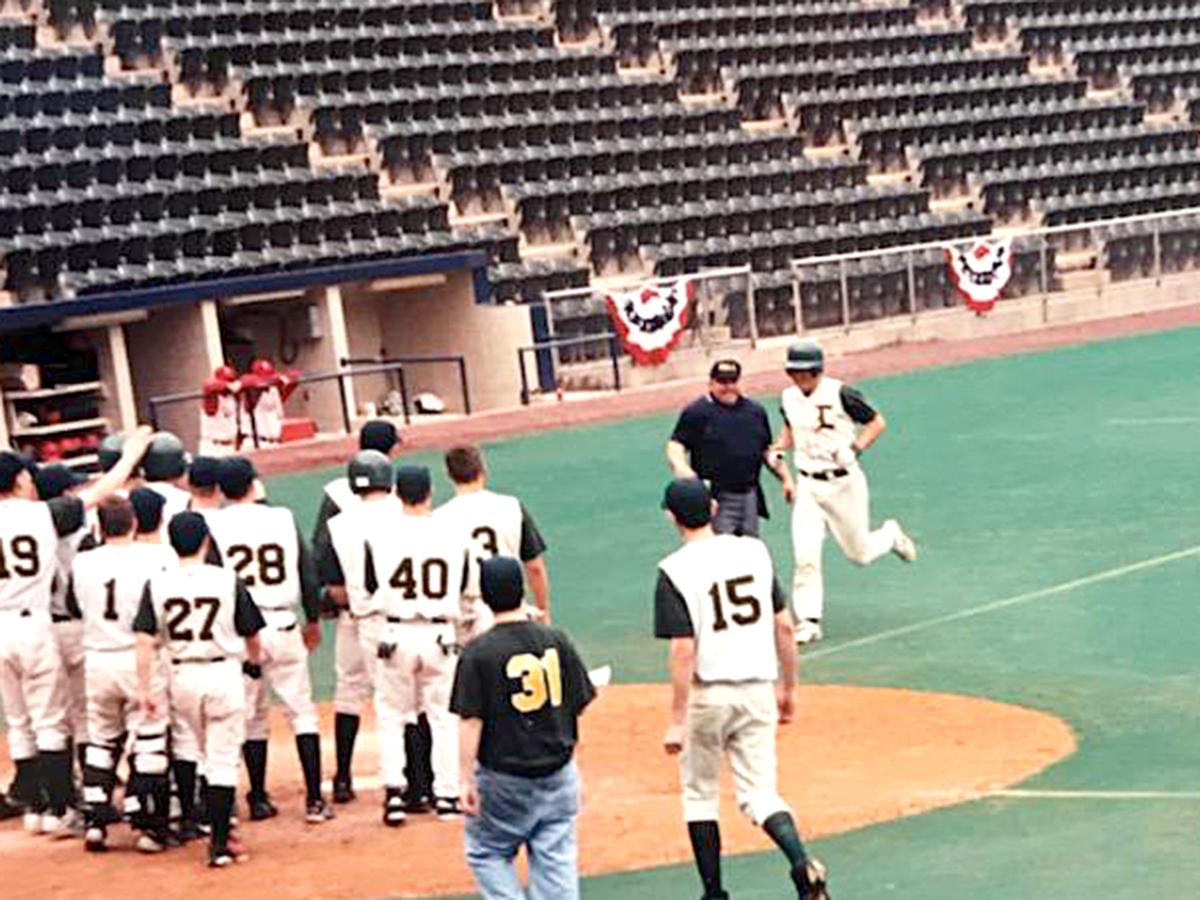 Lewisburg Area High School Assistant Principal Eric Wetzel and Julie Kramm looked over a baseball field soon to be dedicated to the memory of her son Brandon Kramm.

Julie Kramm, Brandon Kramm's mom, and Eric Wetzel, his life-long friend and teammate, said the field where they stand will soon be dedicated in his memory.

A member of the LAHS Class of 2001, Brandon S. Kramm was a three-sport athlete in baseball, football and basketball. He also was a member of the 1997 Lewisburg Senior Little League and played football for a season while attending Harvard University. He majored in economics, minored in Spanish and graduated from Harvard in 2005.

Kramm was diagnosed with Chron's disease and a rare liver disease (primary sclerosing cholangitis). Treatment included two liver transplants before he died from the autoimmune disorder in 2013.

Julie Kramm, Brandon's mom, said the field represented her son's desire to "pay it forward" after the transplants.

"When you receive an organ transplant, it is very humbling and emotional," Julie said. "Somebody had to die that day to get it. He got two."

Julie noted Ted Strosser, Lewisburg architect, designed and served as project manager for the field. She acknowledged the Green Dragon Foundation as instrumental in the effort.

Eric Wetzel, LAHS assistant principal, was a friend starting in preschool and was involved in the same sports and activities throughout their Lewisburg schooling. Wetzel played second base and shortstop as well as high school basketball, football and wrestling.

Wetzel recalled Brandon catching for their teams. The position some consider "field captain" brought out the best in his friend.

"He was a natural leader," Wetzel said. "He was the one everyone looked up to and respected. Having him in that position, knowing what was going on and being able to help us be aware of different situation and what we needed to do was a natural thing for him."

"I think he holds the record for hitting the the longest home at Milton," Julie said. "Senior year, he hit a home run through center field. It went into the football stadium."

Also that year, Julie recalled Lewisburg played Selinsgrove at Lackawanna County Stadium, Moosic. Brandon hit a home run in that game and his mom took a photo as her son approached home plate.

The catcher for Selinsgrove would turn out to be an in-law.

"The only Selinsgrove player in the picture that we have was their catcher, Josh Beddall, who ended up marrying my daughter," Julie said. "His future brother-in-law, they were friends, they played opposite each other and played together in all-stars or 'tweener' league."

Wetzel went to Elizabethtown College after high school, but kept in touch with Brandon and a core group of other friends. He then started a memorial golf tournament in 2014 which funded an academic and athletic scholarship for a LAHS senior.

Wetzel credited Julie for presenting the idea for the baseball field and the Green Dragon Foundation (GDF) for getting involved shortly thereafter.

Ann Glock, GDF executive director, said the foundation's contribution to the field was raised over five years during a $2.5 million campaign ('Vision 2020, Our Children, Our Future'). The project was on behalf of the district rather than enhancing a project.

"We had to have all of the funds raised before we could break ground," Glock said. "That's why it took a few years. We probably finished fundraising for it two years ago."

The GDF and supporters hoped the field would have been ready for play in spring 2020, but the COVID-19 pandemic halted construction until mid-summer.

Julie, Wetzel and Glock acknowledged the generous donation of Ryan Fitzpatrick, Brandon's teammate on the Harvard football team, for making the field a reality. Fitzpatrick, an NFL quarterback, recently signed with the Washington football franchise and started an endowment with another friend from Harvard.

The Harvard Class of 2005 and a foundation led by Douglas Lebda, Bucknell University graduate and founder of Lending Tree, also provided generous contributions.

Glock noted the Kramm family decided to use the endowment to help fund the field. Golf outings, auctions and a related challenge match also raised the $400,000 needed.

Julie added that game time versus Milton was scheduled for 11 a.m. and four of her five grandchildren would throw ceremonial first pitches to the Lewisburg Green Dragon mascot.