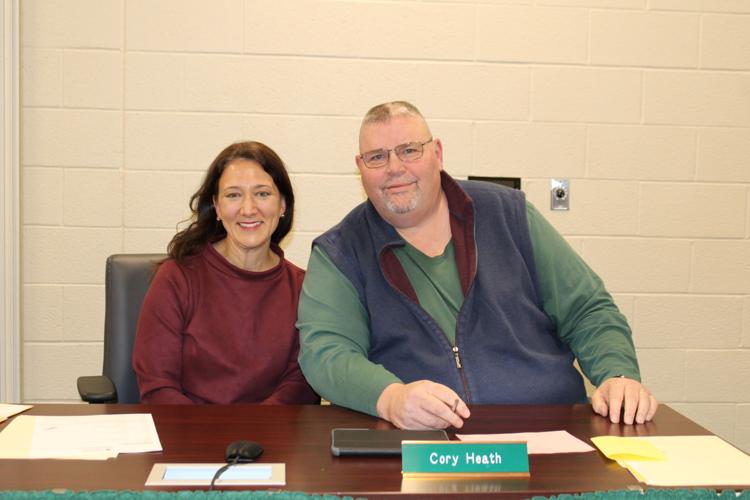 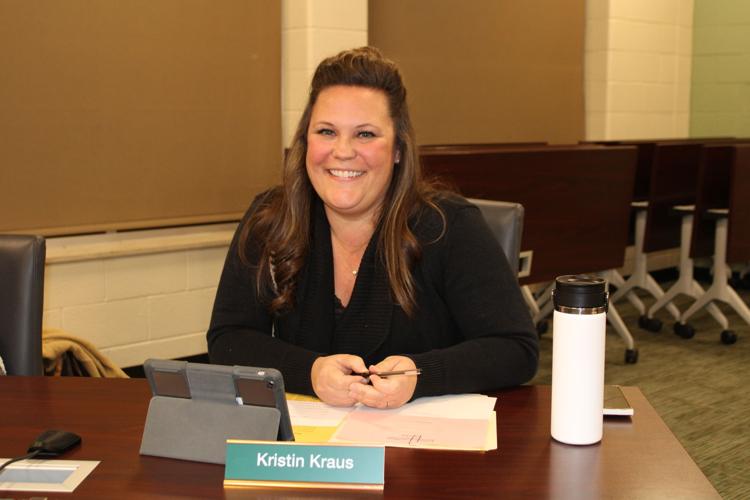 Kristin Kraus was voted as the new treasurer for the Lewisburg Area School District school board at a reorganizational meeting held Monday.

Kristin Kraus was voted as the new treasurer for the Lewisburg Area School District school board at a reorganizational meeting held Monday.

LEWISBURG — By a 7-2 vote, Dr. Erin Jablonski was selected during a reorganizational meeting held Monday to serve as the new president of the Lewisburg Area School District school board.

The board ultimately selected Jablonski for the post, with Heath then being re-elected by his peers to serve as vice president.

As president, Jablonski takes the chair held by Dr. Virginia Zimmerman, who remains on the board.

In other business, the board approved the acceptance of $37,549 donated by the Lewisburg Green Dragon Foundation (LGDF).

The LGDF specified $34,000 to support the Lewisburg Area High School’s greenhouse program. The donation was made possible through contributions received through the Pennsylvania Educational Improvement Tax Credit Program (EITC) for advanced and innovative initiatives.

Additionally, $2,000 was earmarked to augment the Lifting Up Lewisburg Fund at the LASD. The fund can be used to meet the needs of individual students at the discretion of district administrators. The donation was made possible through the Lifting up Lewisburg Campaign.

In addition, the LGDF donated $1,549 to support the junior high football program, specifically to purchase a safety tackler sled. The sled was made possible through donations made in memory of Michael Nachtway, who graduated Lewisburg in 1971.

The board also approved an agreement with Bloomsburg University to allow certain students an opportunity to take classes offered by the university through an Advance College Experience program.

Students selected by the district may enroll in Bloomsburg on-campus courses under the agreement with LASD, during both the academic year and the summer as non-degree students on a space-available basis.

The board approved having junior and senior students in the district voluntarily take a survey distributed by the Union County Planning Department, which is updating its comprehensive county plan.

Superintendents Cathy Moser said this is the first time Union County has asked for the opinions of those students.

The voluntary survey will ask basic questions about their age and grade before they are asked what they plan on doing post graduation, who influenced their decision, what the student likes or dislikes about Union County, and what the student would change within the county.

The survey is confidential.