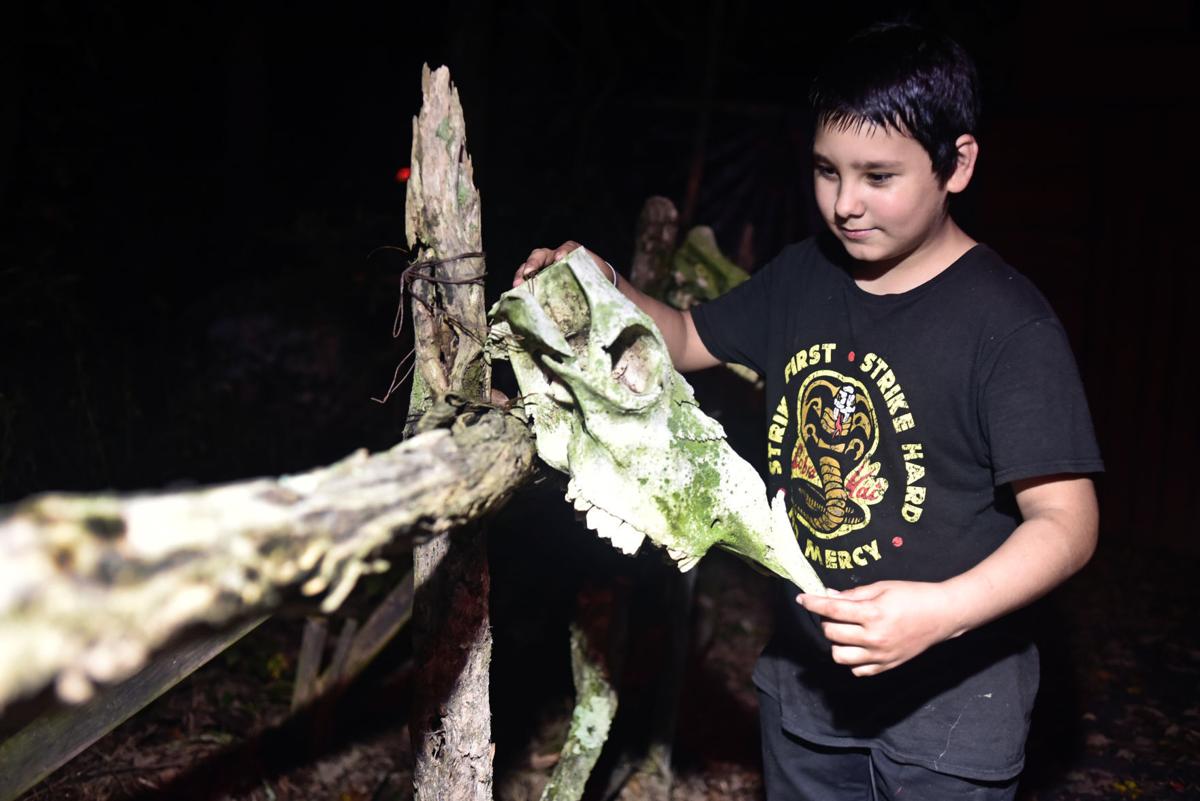 Eleven-year-old Salvatore Molzon on Tuesday fixes a skull along a trail at the Elysburg Haunted House. Molzon’s family is among the various volunteers who help with the annual attraction. 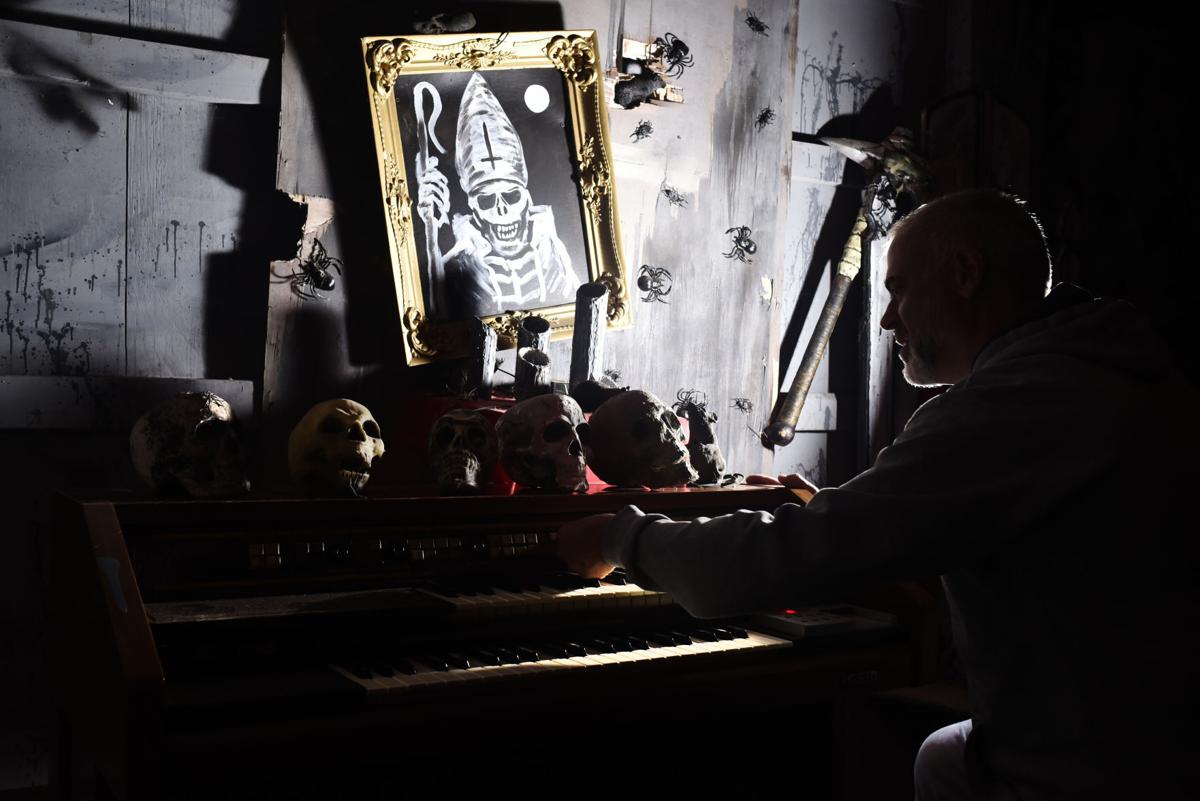 Rob Trell on Tuesday adjusts an organ inside “the chapel” at the Elysburg Haunted House. Trell is among the various volunteers who help with the annual attraction, held by Ralpho Fire Co. and Elysburg Fire Department, which will be open 7 p.m. each Friday and Saturday in October.

Eleven-year-old Salvatore Molzon on Tuesday fixes a skull along a trail at the Elysburg Haunted House. Molzon’s family is among the various volunteers who help with the annual attraction.

Rob Trell on Tuesday adjusts an organ inside “the chapel” at the Elysburg Haunted House. Trell is among the various volunteers who help with the annual attraction, held by Ralpho Fire Co. and Elysburg Fire Department, which will be open 7 p.m. each Friday and Saturday in October.

ELYSBURG — Do you believe in spooks, specters and ghosts? If the answer is yes, visit the 45th annual Elysburg Haunted House starting at 7 tonight.

Members of the Ralpho Fire Co. in Overlook and Elysburg Fire Department will once again hold the attraction, which features two trails, several outbuildings and a two-story abandoned home on the grounds of the Valley Gun and Country Club along Route 487 in Ralpho Township.

The spooky adventure is a main fundraiser for the fire companies and is held in cooperation with neighboring fire companies, family and friends. Volunteers this week were putting the final touches on several attractions, such as a graveyard, demonic chapel and twisted circus, located along the entry path.

Visitors may notice a change to the interior queue line and a nearby fire pit that on occasion spits out flames several feet high. Fencing was changed to create more line space and a hillbilly shed was installed. Some banjo music and rednecks are likely to be observed by folks waiting to enter the haunted house.

There are about 15 new themed areas inside the abandoned building, but many of the classic rooms have also returned. One such place, according to Wayne Horne, is the swamp room, located on the first floor. It typically features various bushes, running water and a mysterious snake that often jumps out at visitors.

In additional to helping where he can, the past chief of the Elysburg Fire Department has helped to maintain the swamp room for about 25 years.

“Every year you hear people that acknowledge the room,” Horne said, adding that people who comment that they hate snakes will most likely catch a glimpse of the reptile. “You hear all sorts of comments, but most of them about that room are positive.”

Just below the swamp room is the basement, which, along with its low ceiling and dirt floor, will feature several objects that Horne said would appear in just about any horror movie.

Upon exiting the building, visitors will greet the witches in their lair, which was constructed last year. They will then venture down the path through a pine forest and a “winter-like” scene before leaving the attraction the way they came in.

Gates open at 6 p.m. and the haunting begins 7 p.m. each Friday and Saturday in October. Visitors are asked to arrive by 10 p.m. on Fridays and 11 p.m. on Saturdays to get a spot in line. Saturday nights can have a several-hour wait time. Halloween weekend is the least busy time, typically. The cost to enter is $15.