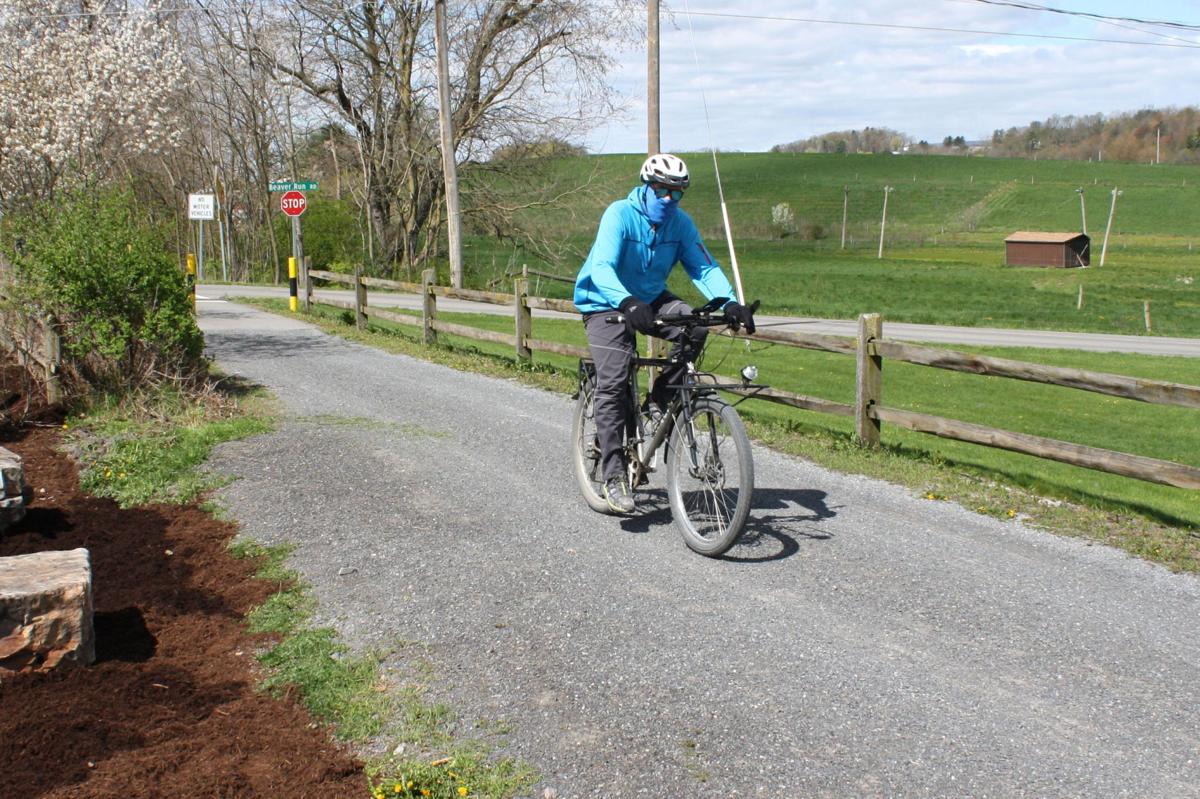 A lone cyclist, dressed for a chilly April morning, headed east by the newly-landscaped trail stop in Vicksburg along the Buffalo Valley Rail Trail. 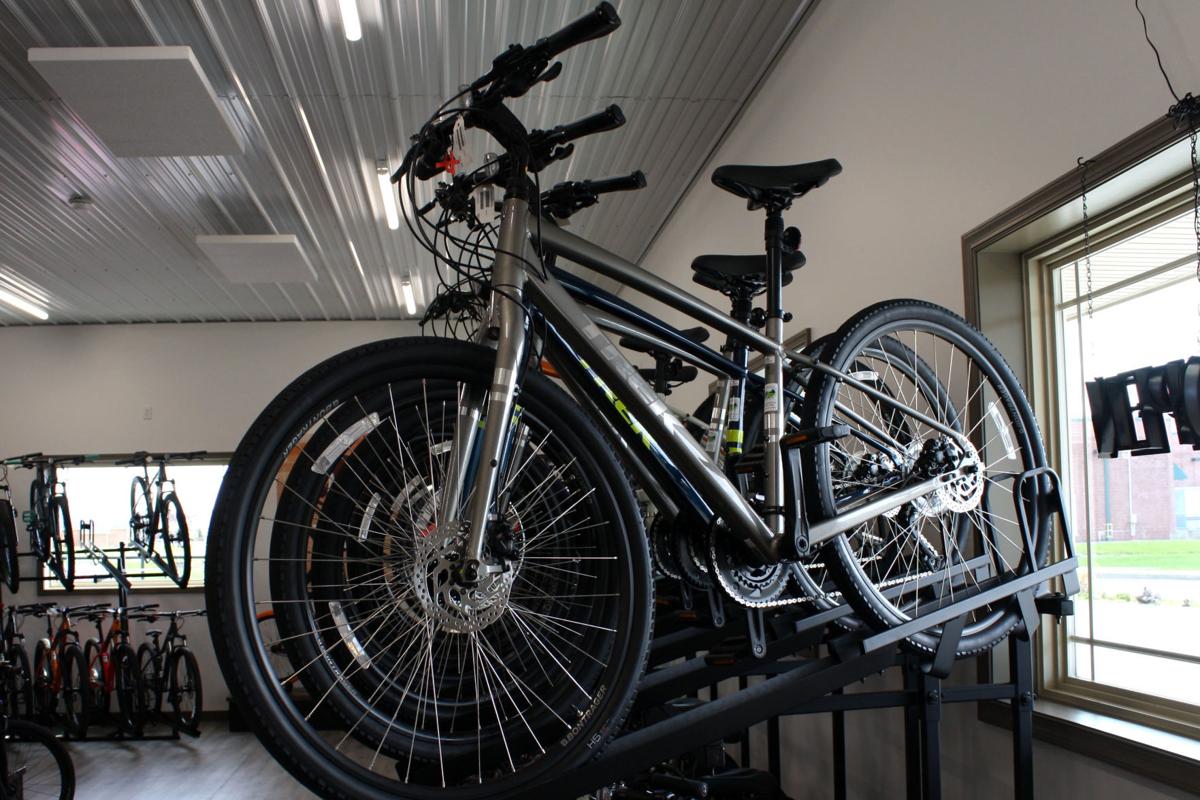 Riders from America's first cycling boom in the 1880s could probably not envision the comfort and durability of 21st Century cycles at Brookside Bikes in Mifflinburg.

A lone cyclist, dressed for a chilly April morning, headed east by the newly-landscaped trail stop in Vicksburg along the Buffalo Valley Rail Trail.

Riders from America's first cycling boom in the 1880s could probably not envision the comfort and durability of 21st Century cycles at Brookside Bikes in Mifflinburg.

MIFFLINBURG — The revival of recreational cycling which began in 2020 has a good chance of enduring for awhile.

Daniel Zimmerman, Brookside Bikes co-owner, said men and women who took to two-wheel transit a year ago seem to be keeping at it. Cyclists started or returned to the activity in the last 12 months and it looked like they would continue "now into the future."

A new generation of cyclists may also be in the works, as he noted bicycles for children were among Brookside's fastest-growing sectors. It was added that age 2 or 3 was not too young to start cycling with proper gear and a bicycle which fits.

Zimmerman said the renewed interest in cycling could be attributed to the COVID-19 pandemic.

Venues for many familiar recreation activities were shuttered for a time last year as the virus spread. There was also a vacation period when many families chose to stay home amid travel restrictions and closed vacation venues. As the economic impact spread, some adults had more time to ride.

The year has also seen an increased use of e-bikes, or bicycles that assist the rider with an electric motor. They had been available in one form or another for a few years but are now being seen in use locally.

Zimmerman said Brookside's "electric assist" bikes require the user to push the pedals rather than relying entirely on a motor. The advantages included allowing the rider to ride longer and provide a boost for going up hills. Their popularity has  also been fueled by a tax credit being offered for purchase of an e-bike.

Safety improvements offered in the last year included introduction of high intensity daytime running lamps for cyclists. They can be seen by others up to a quarter-mile away and shine white in the front and red in the rear. They can be seen from the front or the rear even on the brightest days.

Though the shop is busy and people are enjoying the activity, Zimmerman said bikes and parts can be in short supply in some cases. Supply chain disruptions due to changes from the pandemic have had the same effect they had on other industries.

Thinking about upgrading your bike or have a used bike you'd like to sell? Zimmerman added Brookside offers trade-ins and also buys used bikes . The store should be visited for details.

Brookside Bikes moved about year ago to their current location near the Buffalo Valley Rail Trail at 170 E. Walnut St., Mifflinburg. It was move which proved timely.