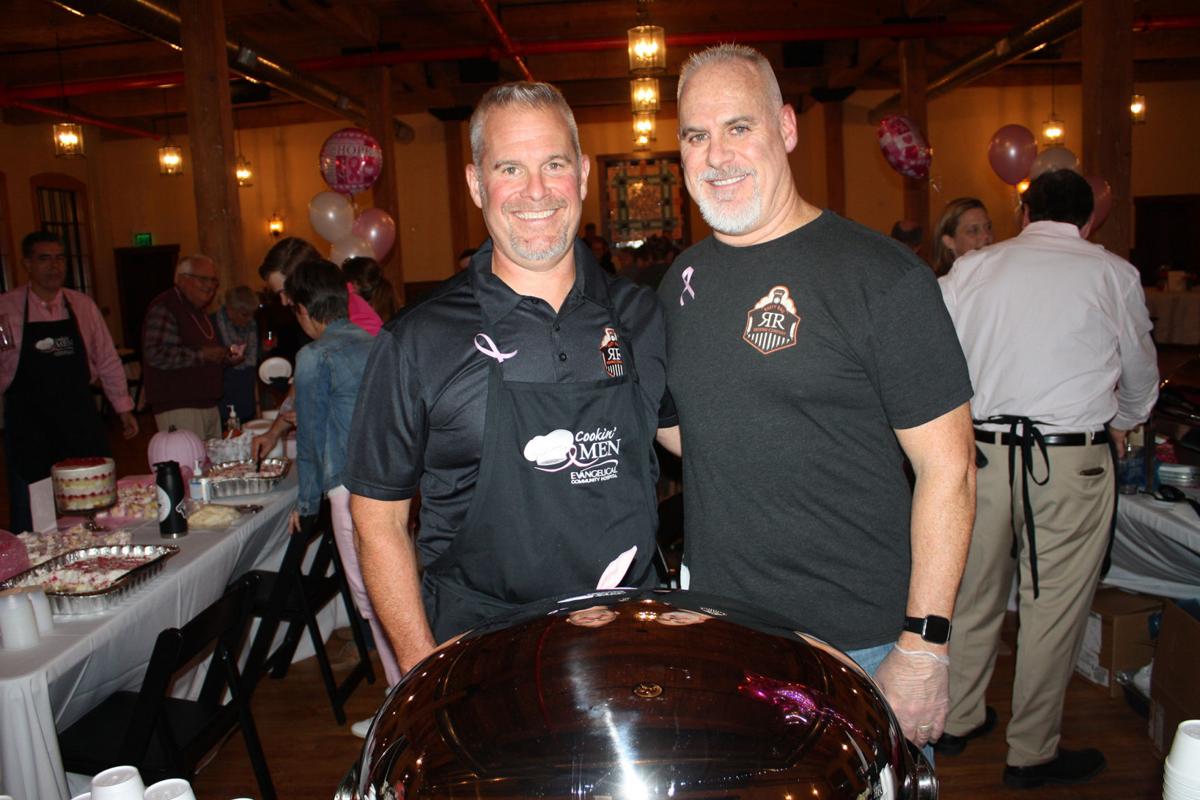 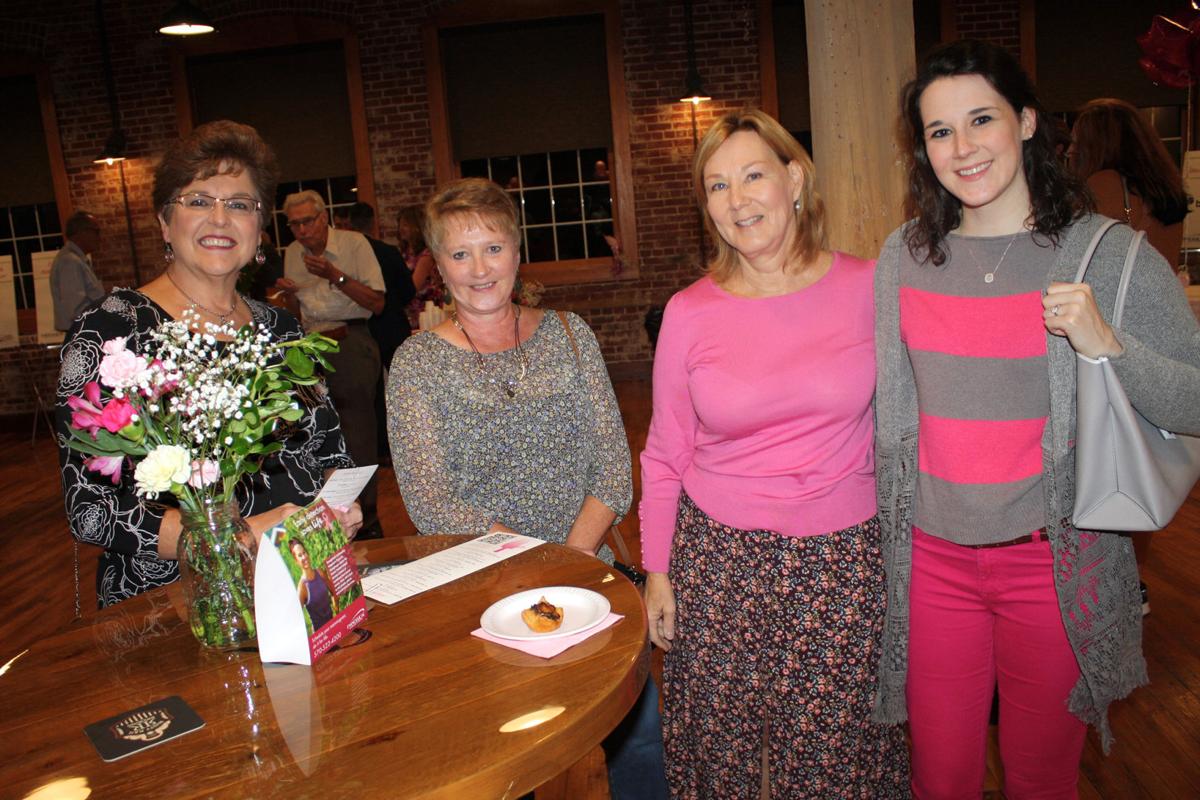 Attendees at Cookin’ Men, the annual fundraiser for the Thyra M. Humphreys Center for Breast Health, were required to have proof of COVID-19 vaccination and included Melinda Overdorf, Sheryl Fetter, Sharon Smith and Maggie Phelps. 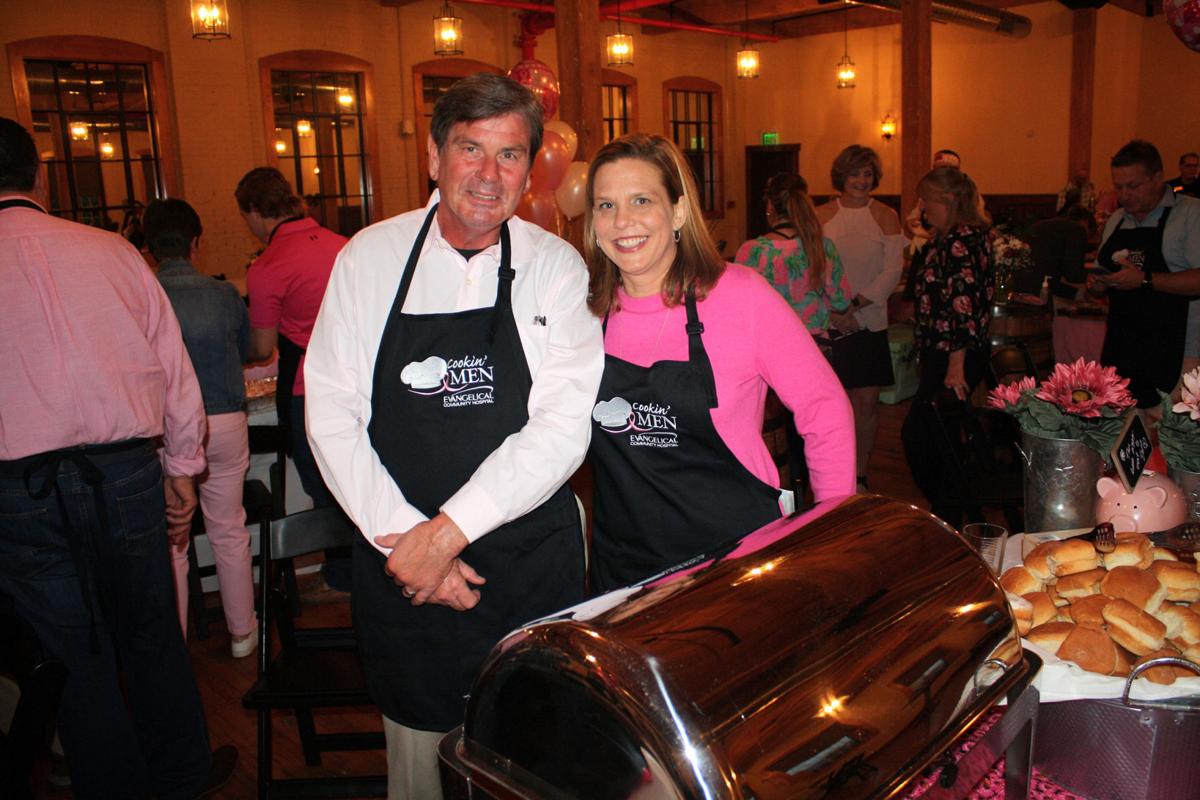 Attendees at Cookin’ Men, the annual fundraiser for the Thyra M. Humphreys Center for Breast Health, were required to have proof of COVID-19 vaccination and included Melinda Overdorf, Sheryl Fetter, Sharon Smith and Maggie Phelps.

Cookin’ Men, the annual fundraiser for the Thyra M. Humphreys Center for Breast Health, brought out the best among celebrity chefs after an online event a year ago. Each offered tasty samples to attendees who then voted on their choice for best creation.

Donna Shuck, Evangelical Community Hospital associate vice president of philanthropy and donor relations, agreed with the notion that last year was OK but this year was better.

“Last year we did a virtual event and we raised about $40,000 virtually,” Shuck said. “It was great as our chefs really competed online and we had sponsors.”

Shuck said precautions were kept in mind as there was an attendance limit and everyone attending needed to bring proof of a COVID-19 vaccination.

Kendra Aucker, Evangelical Community Hospital president and CEO, agreed that it was great to be back. An outdoor location was considered for Cookin’ Men, Aucker said. But with sunset a little earlier in October and the unpredictability of weather, they went for a sure thing at the Rusty Rail Brewing Company.

“It’s a step in the right direction,” Aucker observed. “Hopefully it will continue and maybe next year we’ll be back to the way people enjoy it.”

“We use these funds every single day,” Turner said. “Every single day we come across a patient who is uninsured or underinsured. It is very important for us.”

Turner’s food creation for 2021 was called “cow pies.” The program for the event offered a QR code whereby attendees could look up the recipe.