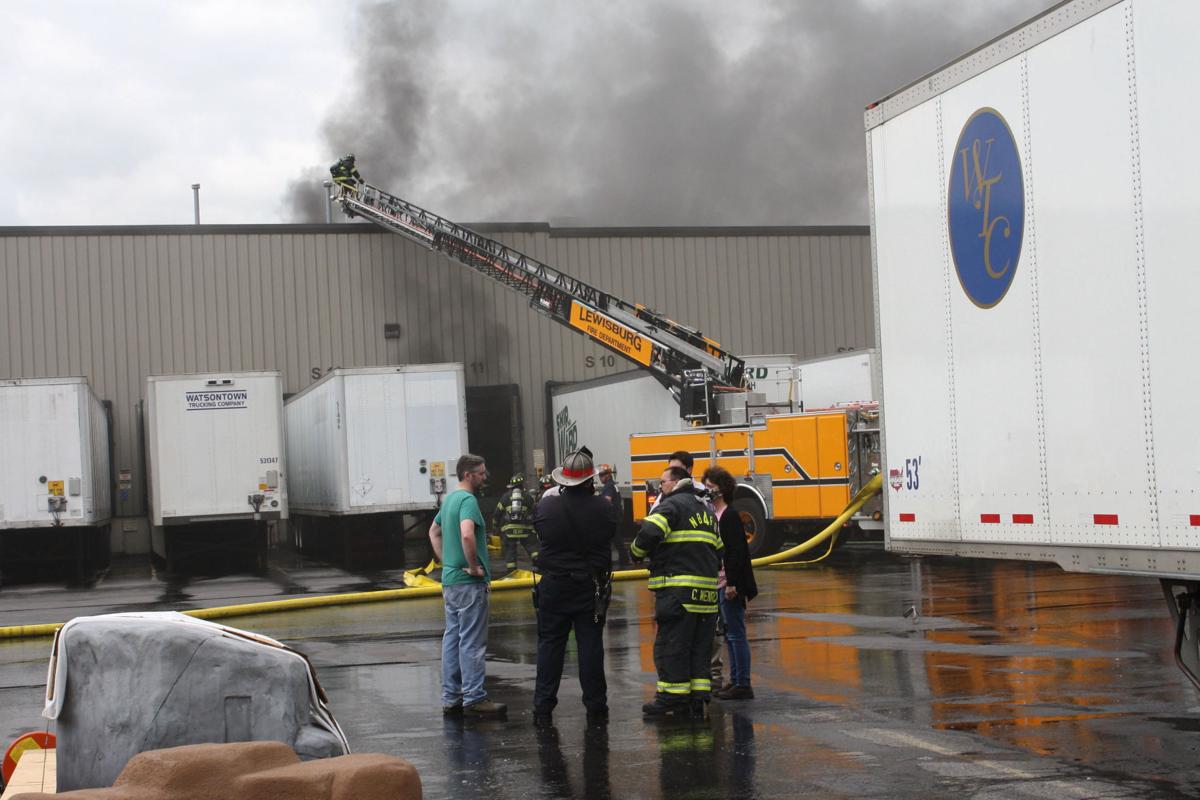 Fire personnel and others conferred as firefighters from numerous companies battled a smoky fire at Playworld Inc. in Buffalo Township. 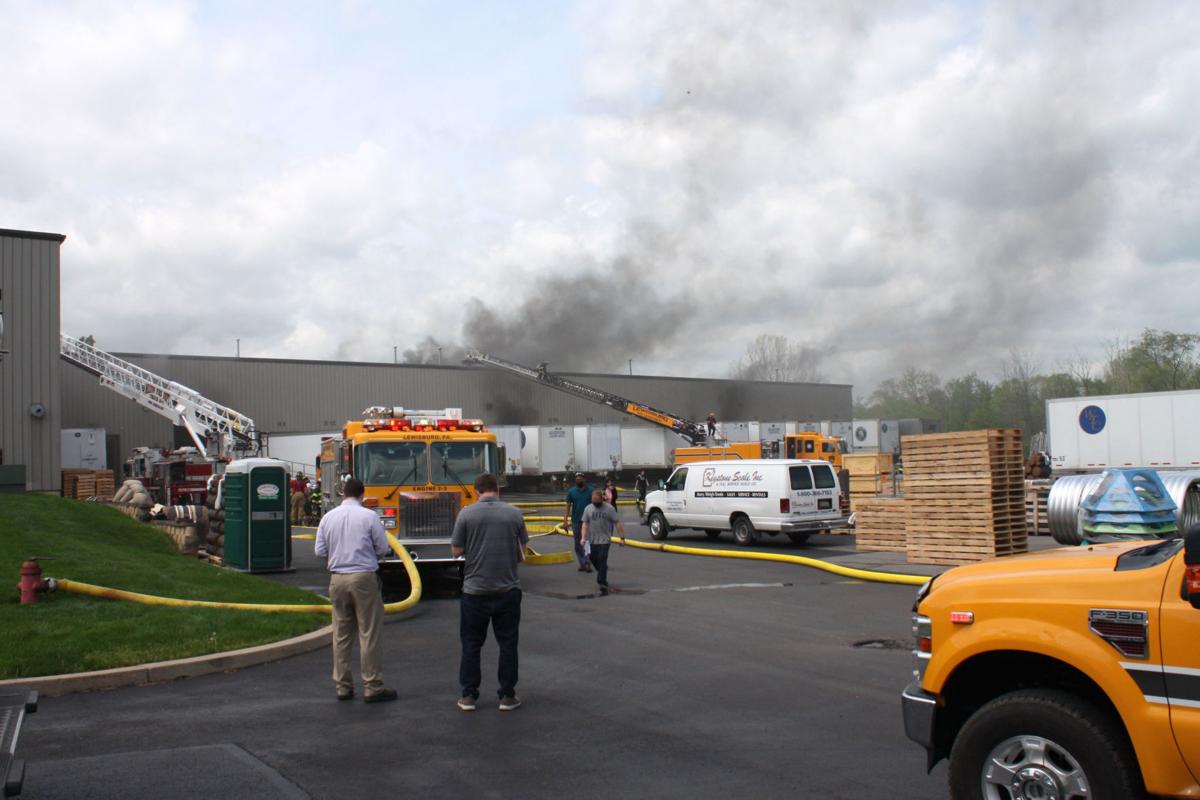 At left, Jonathan Ritter, Playworld Inc. plant manager, and others looked on as firefighters responded to a smoky blaze at the plant. 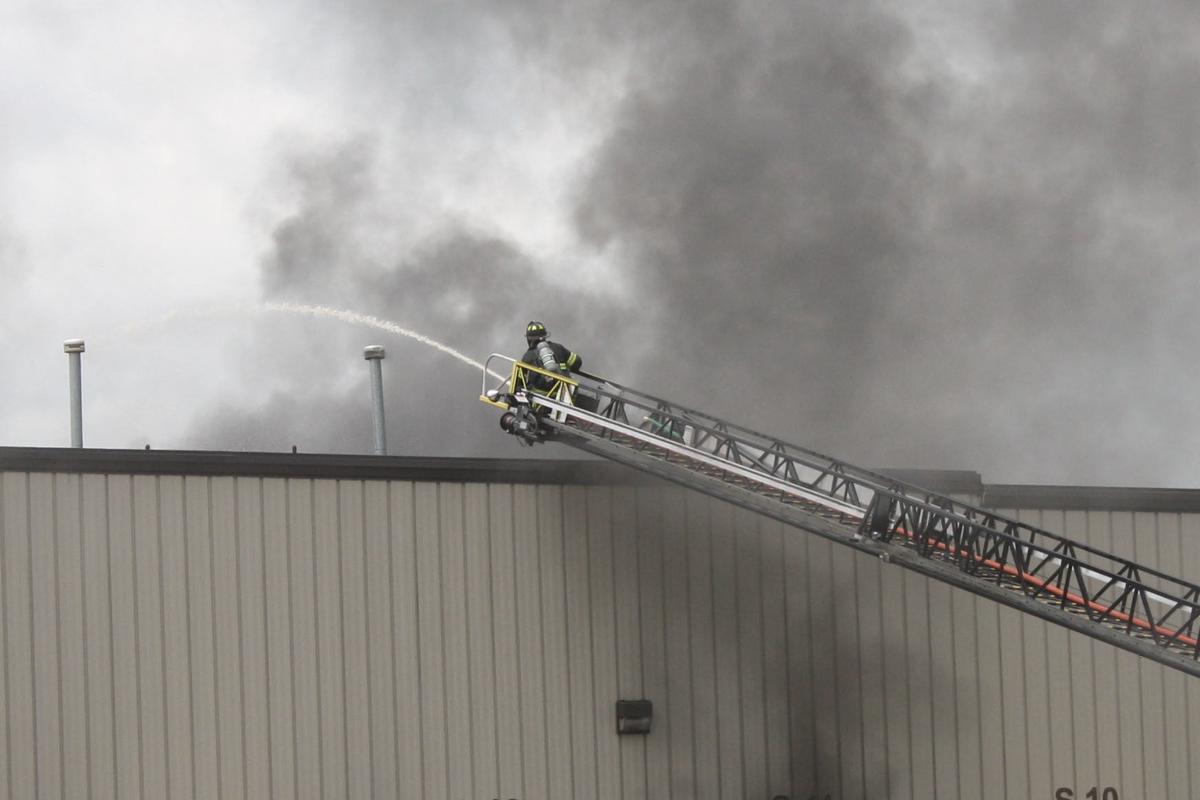 Fire personnel and others conferred as firefighters from numerous companies battled a smoky fire at Playworld Inc. in Buffalo Township.

At left, Jonathan Ritter, Playworld Inc. plant manager, and others looked on as firefighters responded to a smoky blaze at the plant.

Jonathan Ritter, Playworld plant manager, said comment would be more appropriate after information is gathered. He said further information may be issued by parent company PlayPower based in Huntersville, N.C.

Black smoke continued to pour from the building to the rear of the company’s Buffalo Road offices for several hours. Its odor was reminiscent of a plastic, oil or vinyl-like material. Employees evacuated the plant and in many cases gathered on grassy areas to watch the ongoing fire operation.

Initial reports were that there was a fire originating in an oven. Later reports mentioned an injury but the person apparently declined transport. The Union County Fire Wire reported a third alarm at about 1:24 p.m. and an explosion inside the building.

Extra fire police were called to Route 45 and Fairground Road, nearly a mile from the fire scene, at about the time of school dismissal.