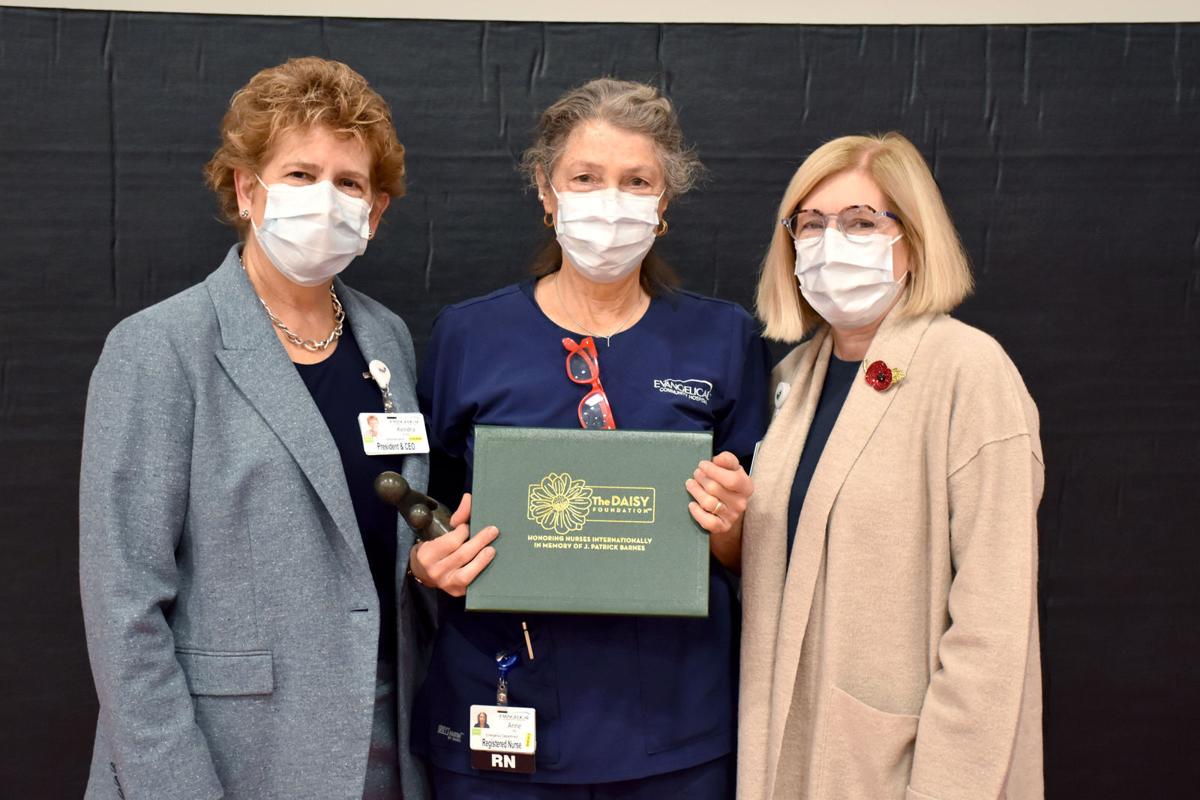 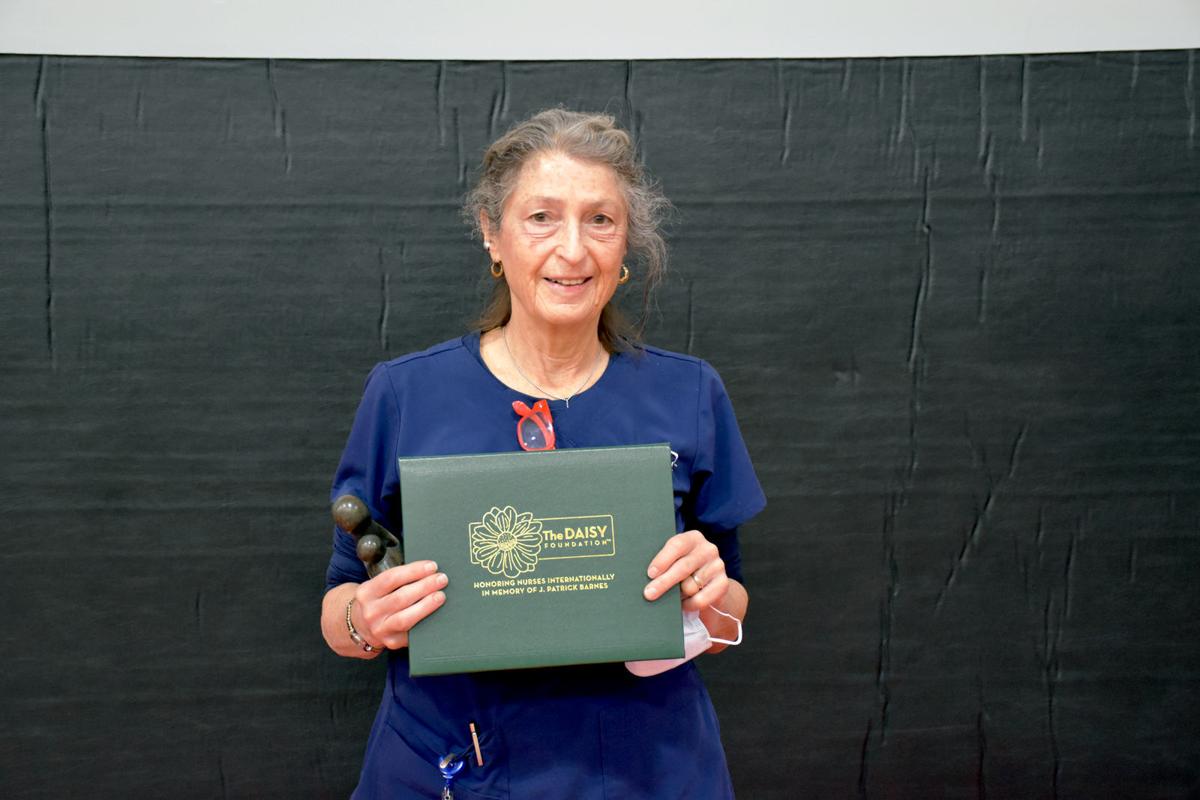 LEWISBURG — Anne Griffin, RN, MSN, was presented the DAISY Award on Tuesday, Nov. 9. The award is presented to a deserving nurse who exemplifies clinical expertise and compassionate care and is recognized as a role model in the nursing community.

Griffin was surrounded by her fellow coworkers and mentors, as well as hospital and nursing leadership, as she was presented with the award. She was nominated for the award by Nicole Bingaman — the mother of a patient at one of the COVID-19 vaccination clinics in April 2021—who was present with her son to honor Griffin with the award.

In the nomination, Bingaman shared, “I attended my son’s (who is an adult with cognitive impairments due to a brain injury) COVID vaccination with him. The process was all a bit overwhelming and he was feeling stressed out. Both times Anne was the nurse giving the shots. She was super friendly, relaxed, and made my son feel at ease. She did not treat him any differently as a 30-year-old disabled man than she would anyone else. He joked with her, she joked back. We both felt like she was a friend and was most certainly the kindest part of the process.”

Bingaman continued, “When someone is ‘different,’ people around often react. This was a challenging day for us. Masks, COVID, etc., has been very stressful for my son. He does not always keep his opinions in-check due to frontal lobe issues. Anne acted with such kindness and warmth. It is the little things that matter most.”

Griffin has a long history at Evangelical, beginning in October 2000 as a member of the PRN nursing pool. In January 2005, she began in Pediatrics where she served until she transferred to the Emergency Department in December 2010. In September 2020, Griffin began serving at the Ambulatory Surgical Center. Becoming “semi-retired” in October, Griffin continues to be an active per diem employee serving patients through the COVID-19 vaccination clinics.

The DAISY Foundation was established in 1999 in California by the family of J. Patrick Barnes, who died at the age of 33 from complications of an auto-immune disease. During his eight-week hospital stay, his family was impressed by the care and compassion his nurses provided, not only to him but to everyone in the family. They created the DAISY Award in his memory to recognize those nurses who make a big difference in the lives of so many people.

Nurses are nominated by patients, family members of patients, as well as other healthcare professionals. Nominations are presented for consideration through a process of anonymity. The winner is then selected by a board of healthcare workers. Each DAISY Award Honoree is given a DAISY Award pin, a certificate of honor, a gift card from Service First Federal Credit Union, and a stone sculpture entitled, A Healer’s Touch, handcrafted by a tribe in Zimbabwe.

Nominations for the DAISY award can be made by patients, patient family members, colleagues, and providers. If an Evangelical Community Hospital nurse has displayed extraordinary clinical expertise and compassion, visit www.DAISYnomination.org/ECH and fill out a nomination form.