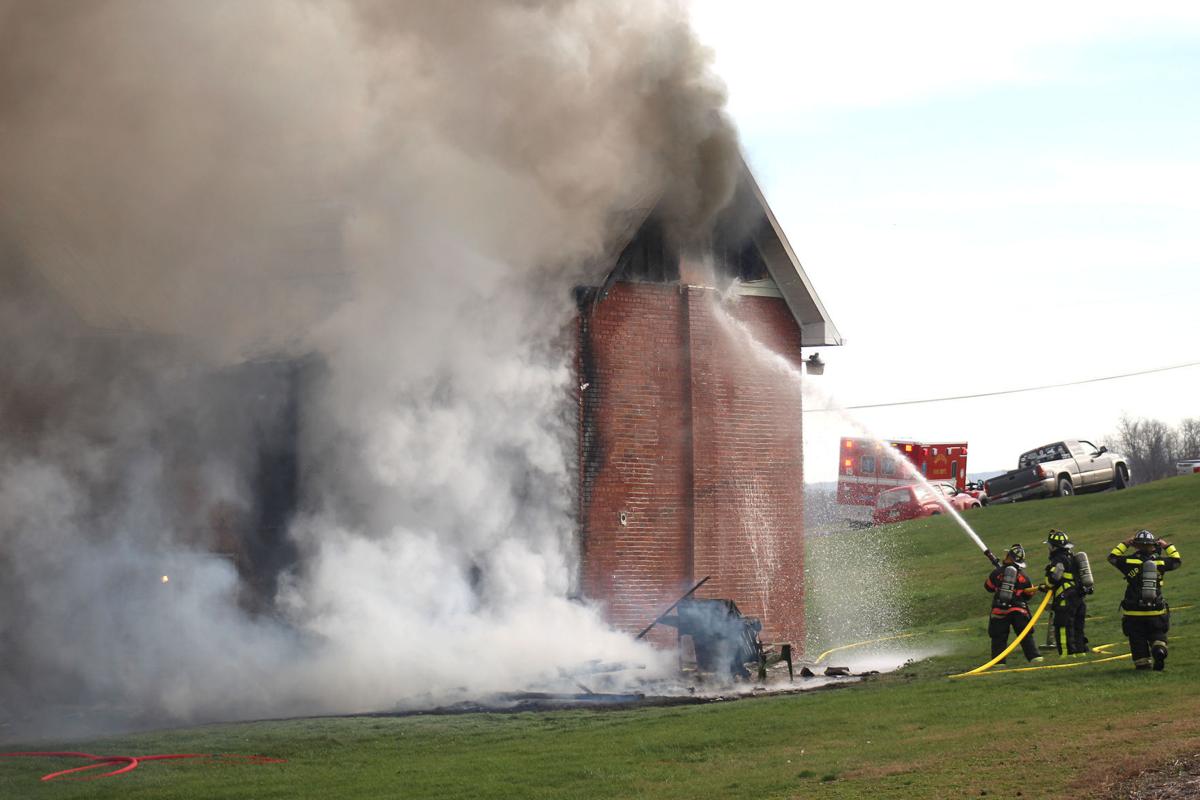 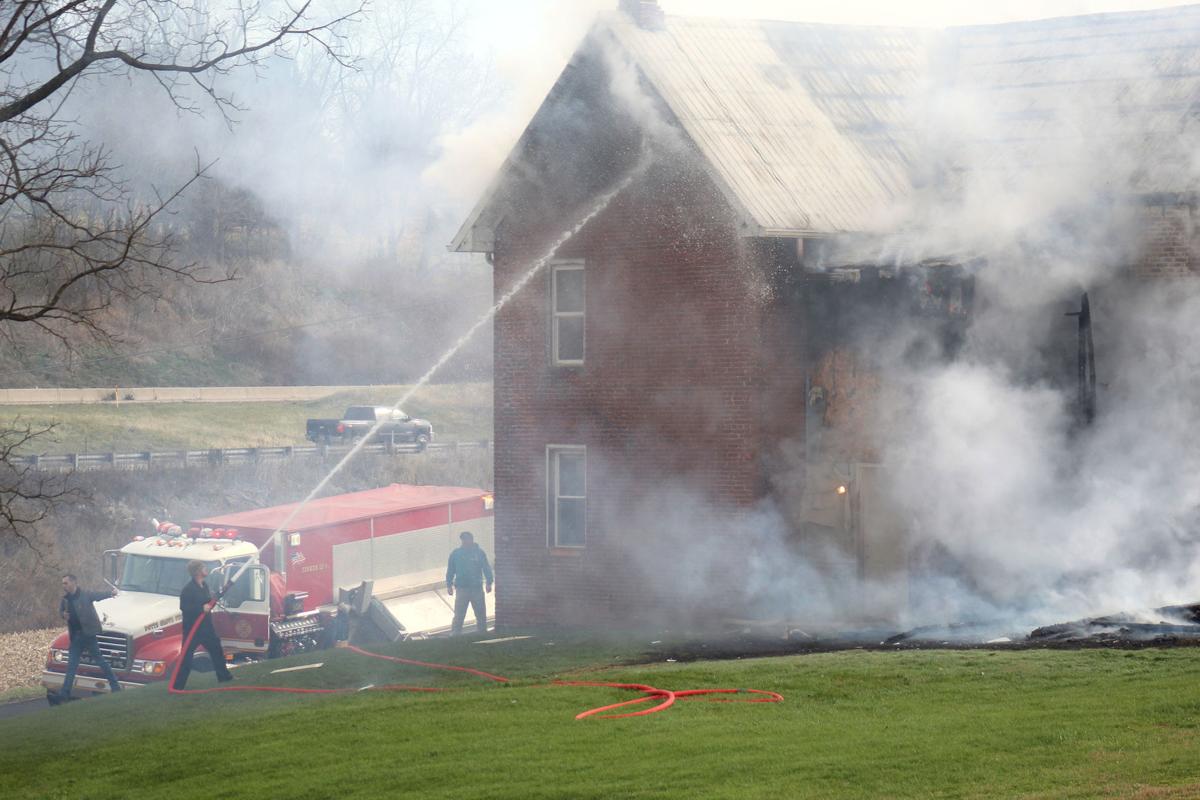 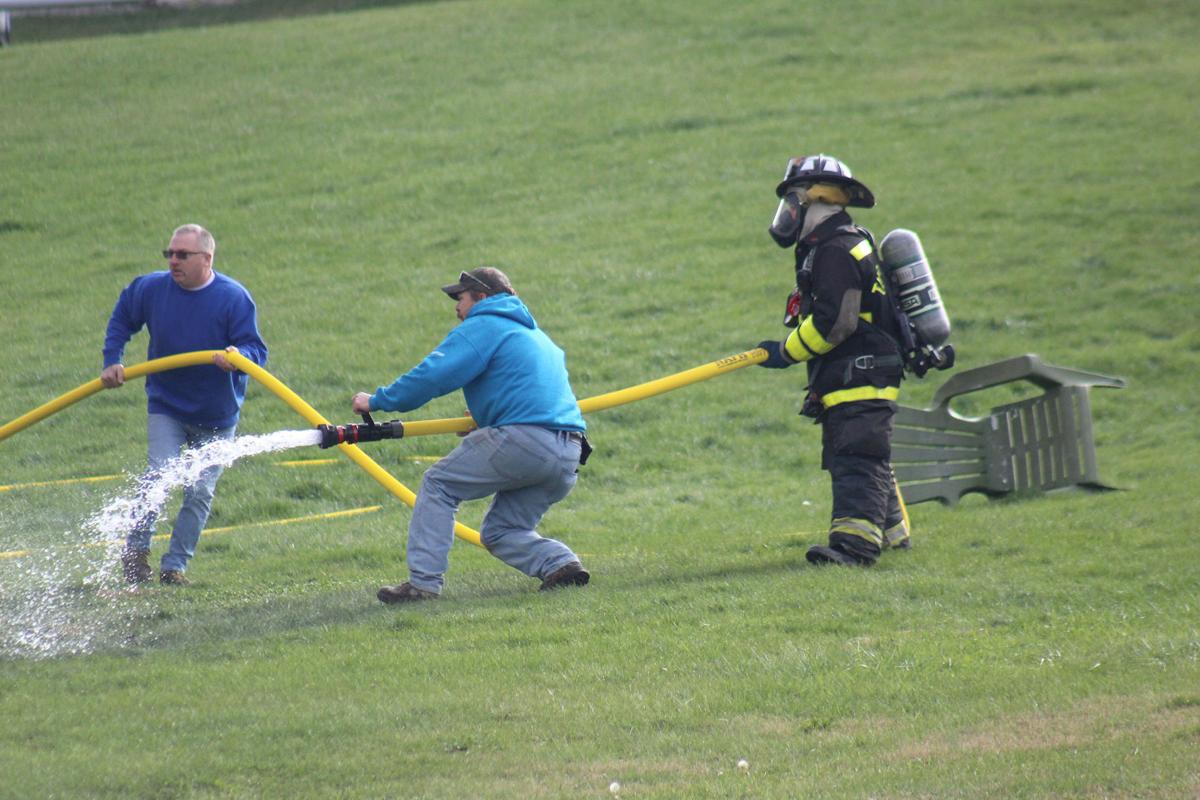 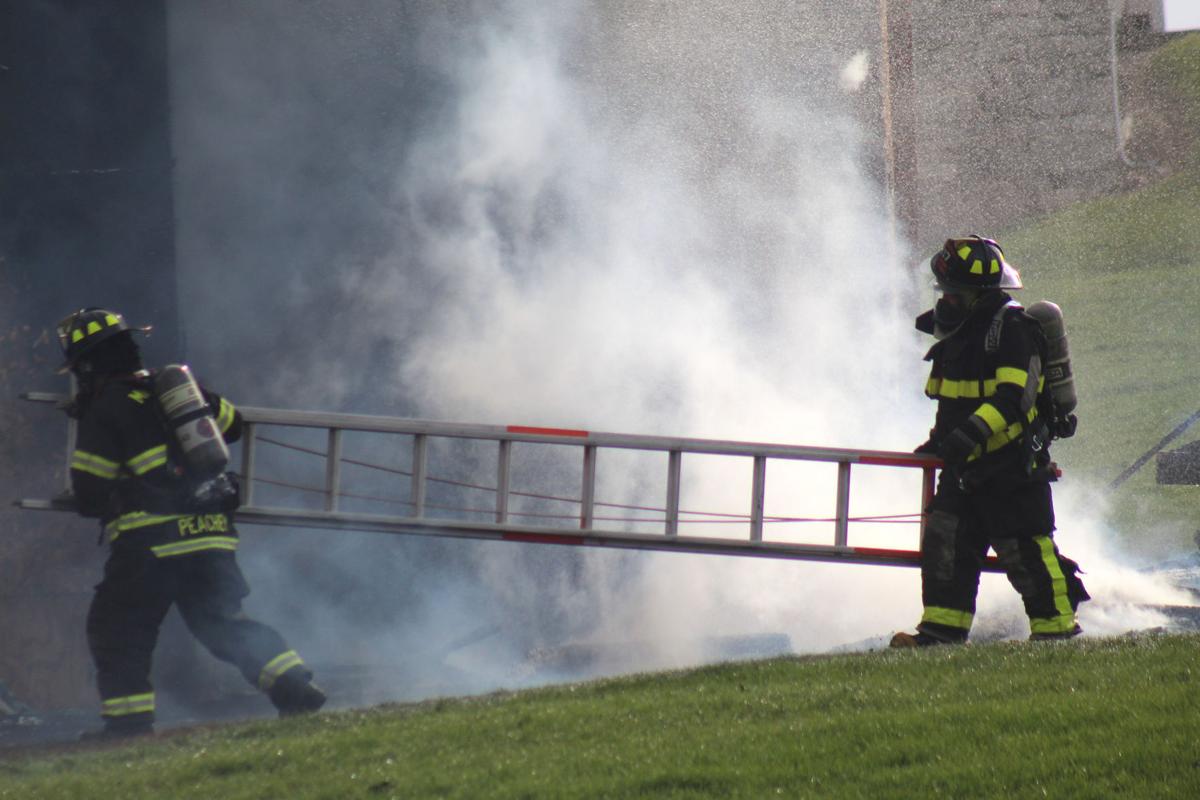 Jay Peachy, a volunteer with the Milton Fire Department, led the way as firefighters carried a ladder around a burning home at 1065 Hoy Road, Turbot Township, Northumberland County, on Thursday afternoon. 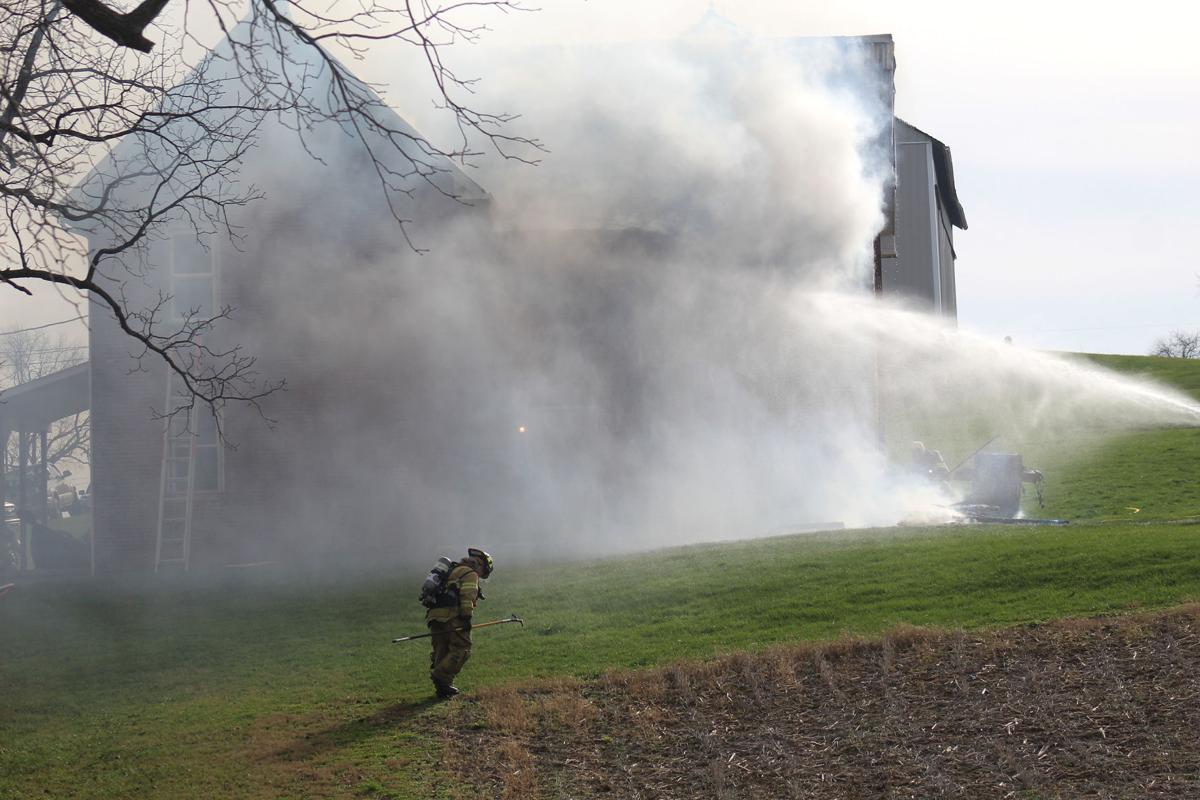 Heavy smoke could be seen pouring from a home at 1065 Hoy Road, Turbot Township, Northumberland County, as firefighters arrived on scene Thursday afternoon.

Jay Peachy, a volunteer with the Milton Fire Department, led the way as firefighters carried a ladder around a burning home at 1065 Hoy Road, Turbot Township, Northumberland County, on Thursday afternoon.

Heavy smoke could be seen pouring from a home at 1065 Hoy Road, Turbot Township, Northumberland County, as firefighters arrived on scene Thursday afternoon.

Turbot Township Volunteer Fire Company Deputy Chief Matt Koch said the fire — which broke out at noon at 1065 Hoy Road — is not considered suspicious. A Pennsylvania State Police fire marshal is conducting an investigation into the blaze.

“When the units arrived on scene, there was fire showing, heavy fire, from the back of the building,” Koch said. “This property is an apartment (house), it’s two apartments. There’s a first-floor apartment and a second-floor apartment.”

According to Koch, two people who lived in the downstairs apartment escaped unharmed with one of their pets. He said there were also two residents and two pets in the second-floor apartment when the fire started.

“The upstairs apartment residents, they came onto the front porch roof,” Koch said. “They were trapped on the roof for a short time.”

Koch said there are conflicting stories of how the tenants escaped from the porch roof. They may have been helped by someone passing by the scene, or they may have jumped from the roof.

There were no injuries.

“The upstairs apartment access to get outside, that’s what was on fire,” Koch explained. “That’s what forced them out that window.”

He said the fire originated in a back-corner stairwell, and burned to the upstairs apartment and attic.

The owner of the farmhouse, David Reynolds, is insured, according to Koch.

“It was under control pretty quickly,” he said, of the fire. “It was a matter of hitting some hot spots and doing some overhaul.”

He said firefighters were initially concerned that the wind may hamper firefighting efforts.

“The local departments, they had a really good hit on the fire,” Koch said.

Just under 20,000 gallons of water were used to fight the fire. Koch said tankers were filled from a water source at the corner of Hoy and Muddy Run roads.

He offered thanks to the multiple departments which responded to the scene.

“I am very thankful for all the local departments and how well they work together to protect the community,” Koch said.