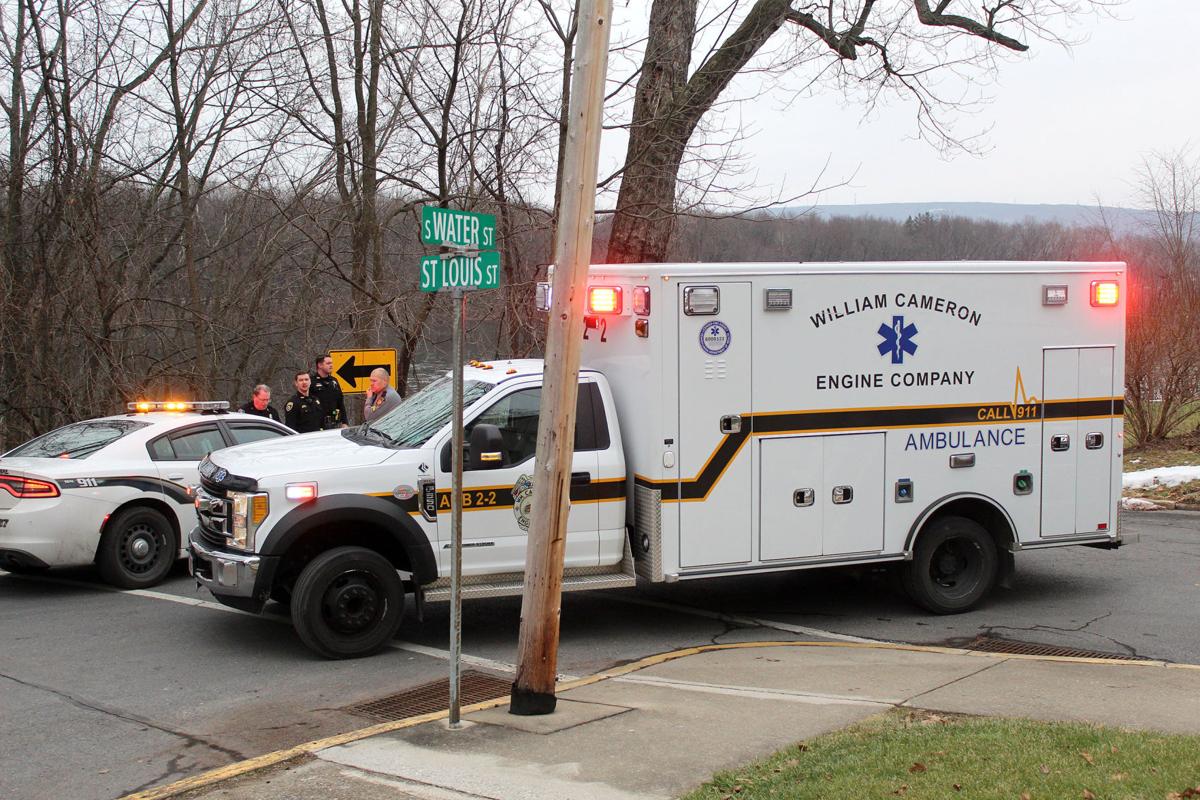 Police and an ambulance from the William Cameron Engine Company were staged Wednesday morning at the intersection of St. Louis and S. Water streets after police said an unidentified woman jumped into the West Branch of the Susquehanna River. 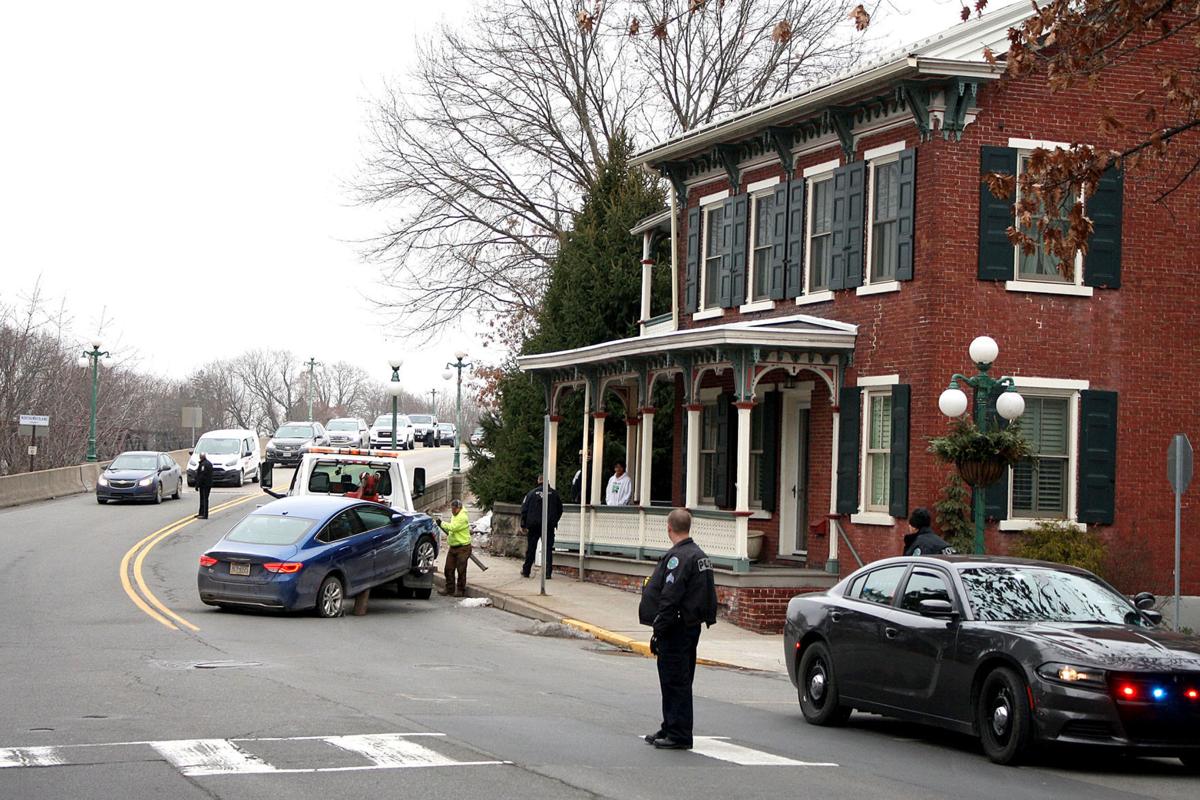 A vehicle involved in a Wednesday morning incident along Market Street, Lewisburg, was removed from the area after police said a woman exited the vehicle and jumped into the West Branch of the Susquehanna River. 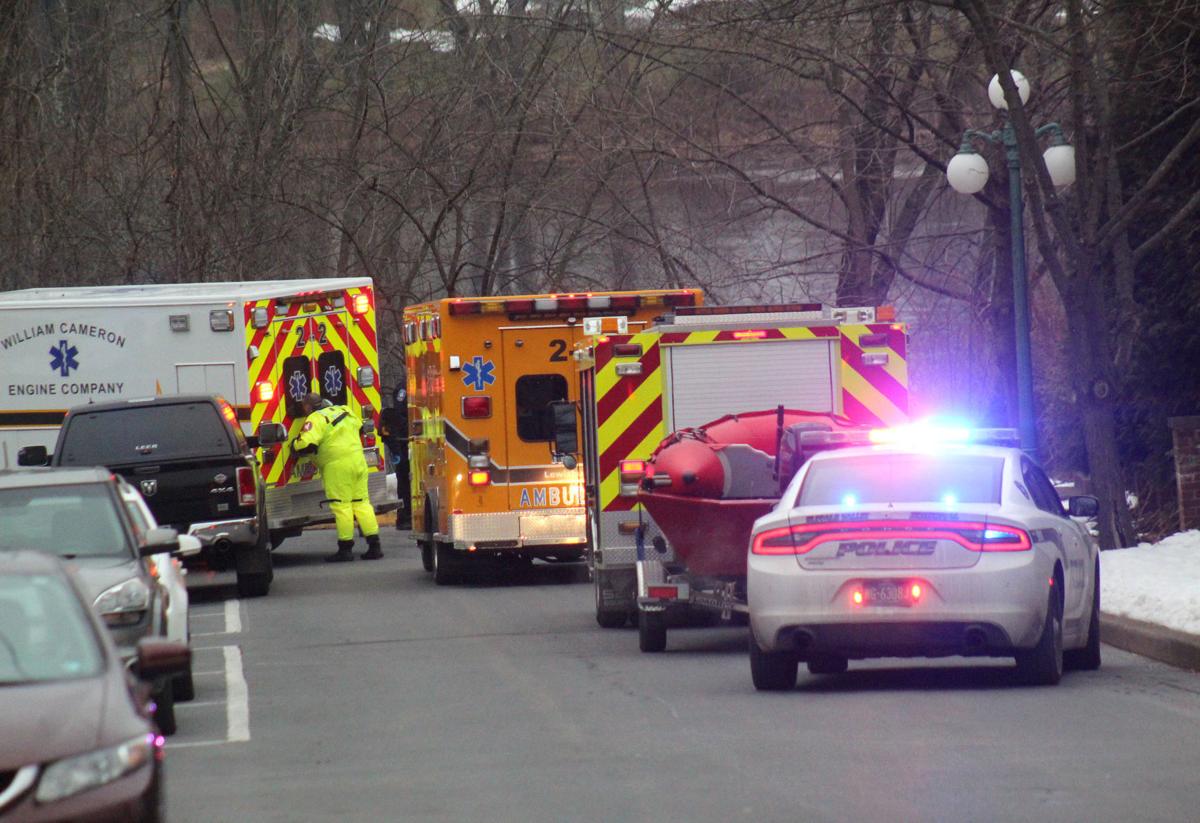 Multiple emergency vehicle were staged along St. Louis and S. Water streets after responders received reports that a woman jumped into the West Branch of the Susquehanna River. 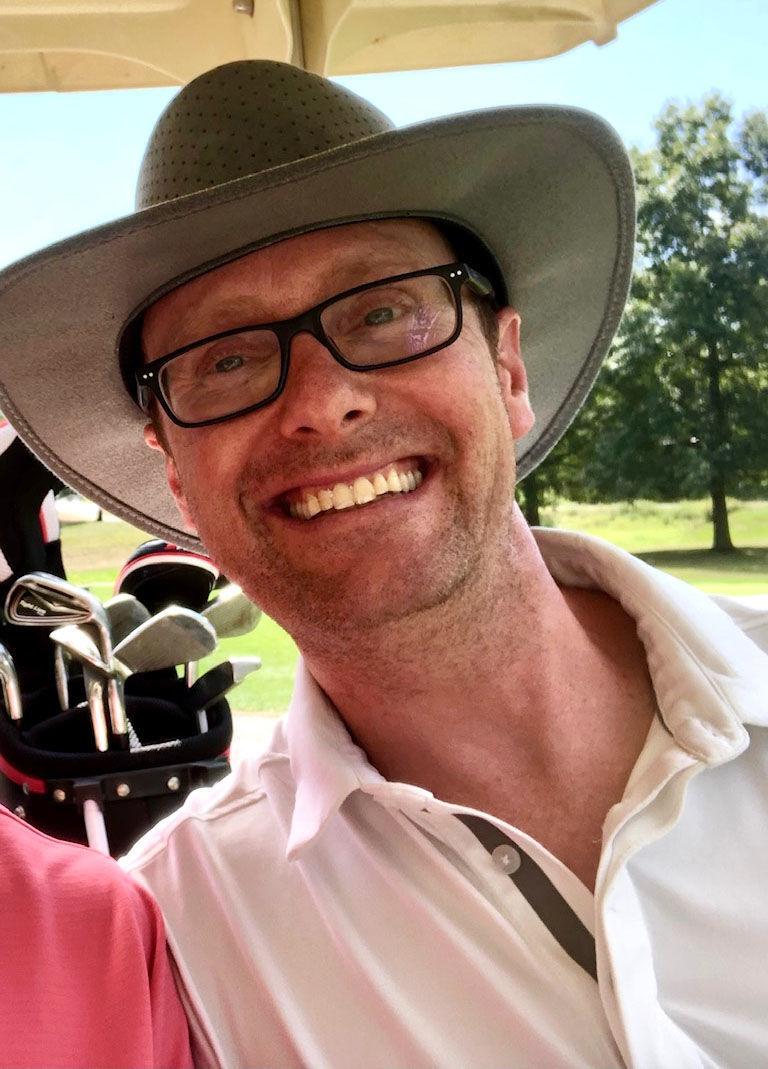 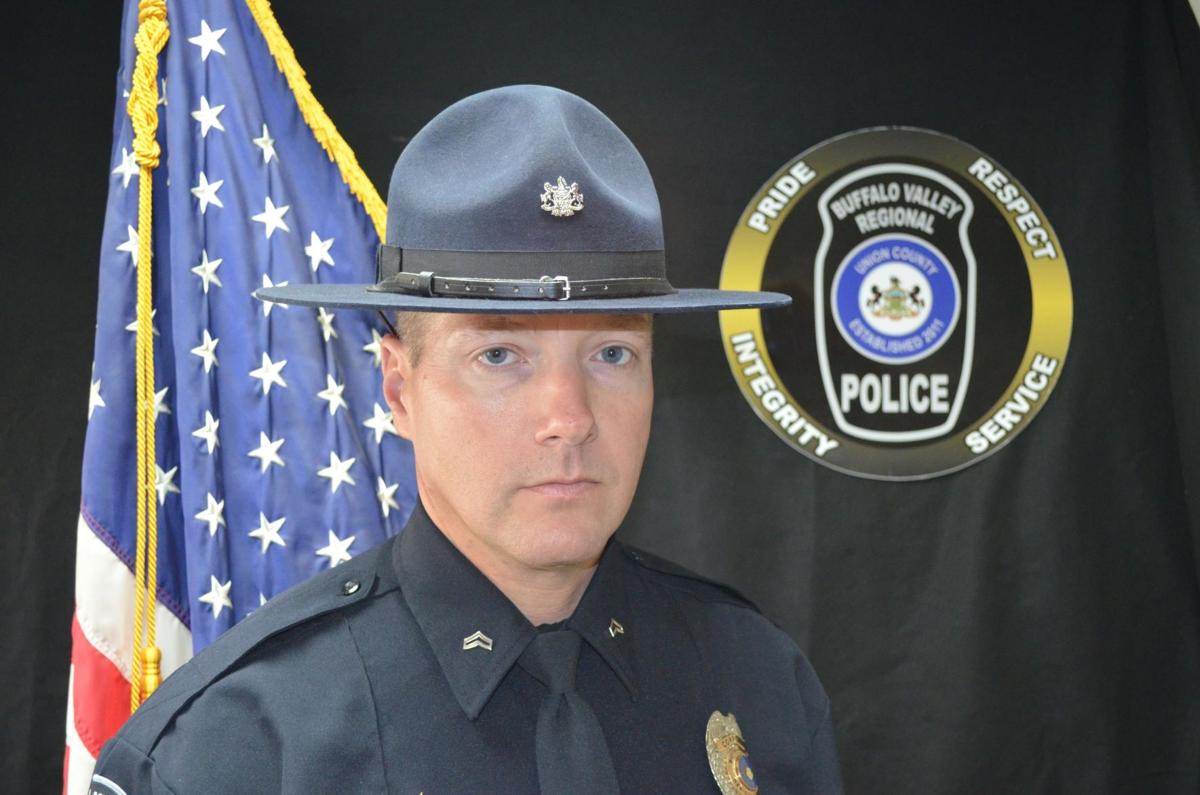 Police and an ambulance from the William Cameron Engine Company were staged Wednesday morning at the intersection of St. Louis and S. Water streets after police said an unidentified woman jumped into the West Branch of the Susquehanna River.

A vehicle involved in a Wednesday morning incident along Market Street, Lewisburg, was removed from the area after police said a woman exited the vehicle and jumped into the West Branch of the Susquehanna River.

Multiple emergency vehicle were staged along St. Louis and S. Water streets after responders received reports that a woman jumped into the West Branch of the Susquehanna River.

LEWISBURG — An officer with the Buffalo Valley Regional Police Department and a Lewisburg resident are recounting the harrowing moments in which they pulled a woman from the West Branch of the Susquehanna River, along with members of the Union County Sheriff’s Office.

According to a release issued by the Buffalo Valley department, police were dispatched at 7:50 a.m. Wednesday to the western end of the Lewisburg river bridge after receiving reports of a one-vehicle crash.

While responding, police received reports that an unidentified female driver exited the vehicle, walked east on the bridge and jumped over the railing into the river.

“Arriving officers directed their attention to the victim in the water,” the release said. “Officers could observe the victim floating on her back and (she) could be heard moaning.”

Near St. Louis and S. Water streets, the release said department Cpl. Travis Burrows was able to use a rope to enter the water and secure the victim.

“The victim and Cpl. Burrows were then assisted to shore by a private citizen, Union County Sheriff Ernie Ritter and Chief Deputy Scott Hahn,” the release said.

Burrows later described the harrowing moments in which he entered the water. He credits the bystander, Scott Vaughan of Lewisburg, with saving his life.

“He was huge,” Burrows said, of Vaughan. “I probably wouldn’t be here if it wasn’t for him.”

When he arrived at the bridge, Burrows said he could see what appeared to be a “lifeless” body floating in the river.

He said Vaughan was driving by and stopped to help.

“The water was higher than normal,” Burrows recounted. “We knew the boats were going to be a little while out.”

Burrows pulled a 100-foot rope from his cruiser.

“I had Scott hold onto the end (of the rope) and wade out up to his waist, while I went all the way out and got her,” Burrows recounted. “(Water is) now over my head, (I’m) holding onto the rope and I’m holding onto her... There was a minute there where I wasn’t sure I was going to make it back.”

Vaughan, who was driving home from his job as an anesthesiologist at Geisinger Medical Center in Danville, said he didn’t hesitate to become involved.

He was driving by the scene when he saw the woman jump into the river. He started to wade in to help her.

“Shortly after that, Travis came running down with a rope,” Vaughn recalled. “He then took his gun belt and everything off, walked into the water with me. He swam to the lady and held the other end of the rope, and walked down, deeper into the river, to see if we had enough length (on the rope) to reach her.”

At one point, Vaughan said the water was up to his chest.

“I turned around and Travis said ‘pull,’” Vaughan recalled. “He was really running out of steam. He had just grabbed her. I started to pull the rope to bring her in... Shortly after that point, one of the other officers ran in to help.”

Vaughan said he never thought about potential risk to his own life.

“I think they were a great team, everybody that was there worked well together,” he said.

“If it wasn’t for this guy, there’s a chance neither (myself or the victim) would’ve been able to make it back,” Burrows said. “Our job is crazy. One minute you’re thinking about something simple, and the next minute you’re in a chaotic scenario.”

Vaughan praised the work of the responders who rushed to the scene.

“It was amazing what people do on a standard, daily basis for people they don’t know... to jump in without any question,” he said.

The release said the victim was transported to Geisinger Medical Center for an evaluation. Burrows and Vaughan were both transported to Evangelical Community Hospital, Lewisburg, where they were treated and released.

A boat from the Milton Fire Department was also dispatched to the incident, but was recalled prior to arrival.