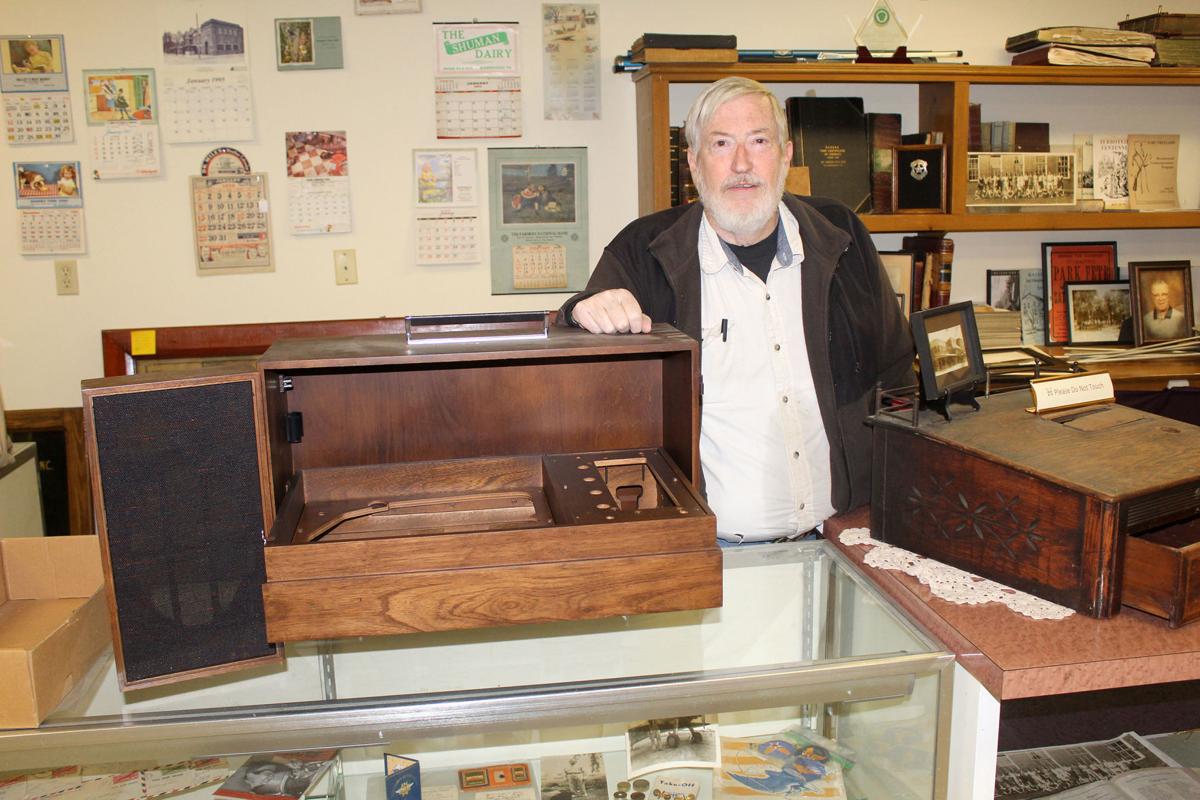 Rick Wolfe, Watsontown Historical Association treasurer, stands by a turntable cabinet built by the Philco company in Watsontown. The association is accepting loaned or donated items made by Philco-Ford for display during the holiday season. 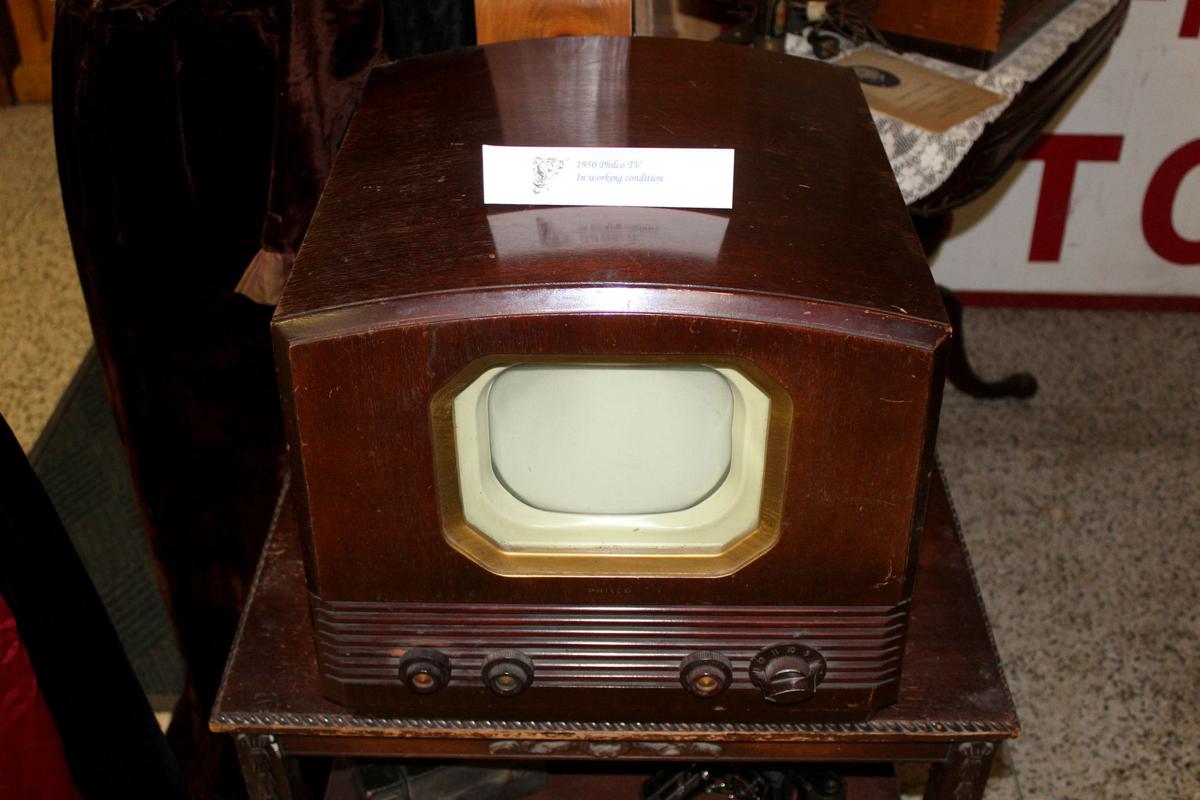 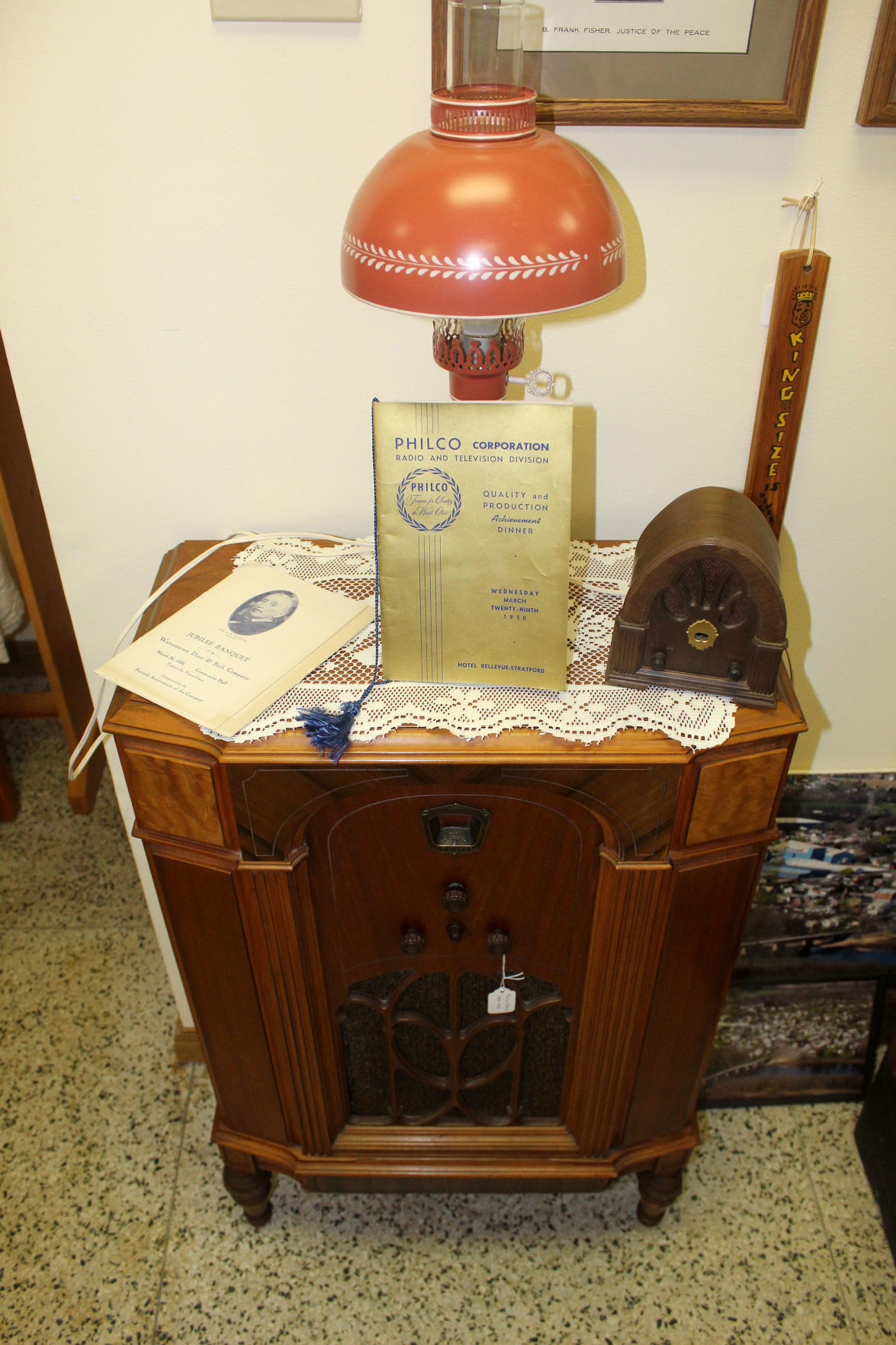 Philco-Ford products, such as this radio cabinet, made in Watsontown will be on display throughout the holiday season at the Watsontown Historical Association.

Rick Wolfe, Watsontown Historical Association treasurer, stands by a turntable cabinet built by the Philco company in Watsontown. The association is accepting loaned or donated items made by Philco-Ford for display during the holiday season.

Philco-Ford products, such as this radio cabinet, made in Watsontown will be on display throughout the holiday season at the Watsontown Historical Association.

WATSONTOWN — Companies which at their peak employed several thousand residents of Watsontown and surrounding communities will be celebrated this holiday season by the Watsontown Historical Association.

Rick Wolfe, a founding member and treasurer of the Watsontown Historical Association, said the association is seeking Philco and Philco-Ford items which were manufactured in Watsontown to display during the holiday season.

The association will present its third annual "Whet Your Whistle with Wassail in Watsontown" from 6 to 8 p.m. Friday, Dec. 4, at its headquarters, 200 Main St., Watsontown.

The event will feature the serving of Wassail punch, and a holiday display paying tribute to Philco and Philco-Ford.

While the association already has some of the items which were manufactured in Watsontown, loans or donations of addition items are being sought.

During the 2019 holiday season, the association featured a display of historic military uniforms.

"It's impossible to follow up what we had last year, a wonderful, wonderful display," Wolfe said.

However, based on Philco-Ford's rich history in the community, he felt it appropriate to display company items manufactured in Watsontown.

Items such as radio, television and turntable cabinets were manufactured in Watsontown and are being sought for the display. Old photos are also being accepted.

"Everybody worked at Philco, at some point," Wolfe said. "They ran busses down as far as Mount Carmel to haul people up (to Watsontown) to work."

Wolfe shared a history he compiled of the company in the community.

In 1928, he said the Watsontown Table and Furniture Company became the exclusive supplier of radio cabinets to the Philadelphia-based Philco Corporation.

In 1936, Philco purchased its assets and formed the Watsontown Cabinet Company, a wholly owned subsidary.

"It began to manufacture cabinets in August in its plant on Eighth Street, employing 100 cabinet makers," Wolfe said.

In 1937, the company purchased the former Watsontown Door and Sash Company property on Fifth Street, moving its operation to that site, where it continued to expand under the leadership of Fred Rombach.

Wolfe often refers to Rombach as "the king of Watsontown."

"They held Watsontown borough meetings in his living room," Wolfe said, adding that if Rombach was in favor of something occurring in the borough, it would be approved.

"All emergency services calls (in Watsontown) went through the guard shack at Philco," Wolfe said.

By 1941, information provided by Wolfe said the plant employed 1,300 people.

Wooden office equipment was produced, along with a bombsight box for the Nordstrom B-17 and a cockpit frame for a Piper Aircraft training plane.

"They produced 20-millimeter bullets," Wolfe said. "I have a guy who wants to loan me some of them (for the display)."

After the war, the company resumed production of radio cabinets.

"In 1947, Philco manufactured its first television cabinet, and by 1948 it was shipping 35 train-car loads of cabinets per week," Wolfe said.

According to information provided by Wolfe, Ford Motor Company purchased the assets of Philco Corporation in 1961 and invested $7.3 million to modernize the Watsontown plant.

"This doubled its capacity to over 300,000 cabinets (produced) each year," Wolfe said. "In addition, the Watsontown plant designed and produced Magnus chord organ cases, gunstock for Crossman BB guns and furniture for nationally known companies such as Kreb-Stengle."

In 1972, the company added the assembly of radios, stereos and speaker units to its production list.

At its peak, 2,000 people were employed at the factory.

In 1975, the plant was purchased by Zenith Company, which Wolfe said operated until 1982 when it closed the Watsontown facility and moved the work to factories in Mexico and the Far East.

Among the Philco-Ford items already donated to the association for display is an early cabinet television.

"This one says 1950, in working condition," Wolfe said, as he pointed to the cabinet television.

A turntable cabinet, donated by Wolfe's neighbor, is also among the items which will be displayed.

"My focus would be on Philco, or Philco-Ford," Wolfe said, of items needed for the display. "Philco was hometown owned, hometown run... I'm looking for Philco radios, televisions."

Anyone with items to loan or donate for the display should call Wolfe at Watsontown Glass, 570-538-1006.