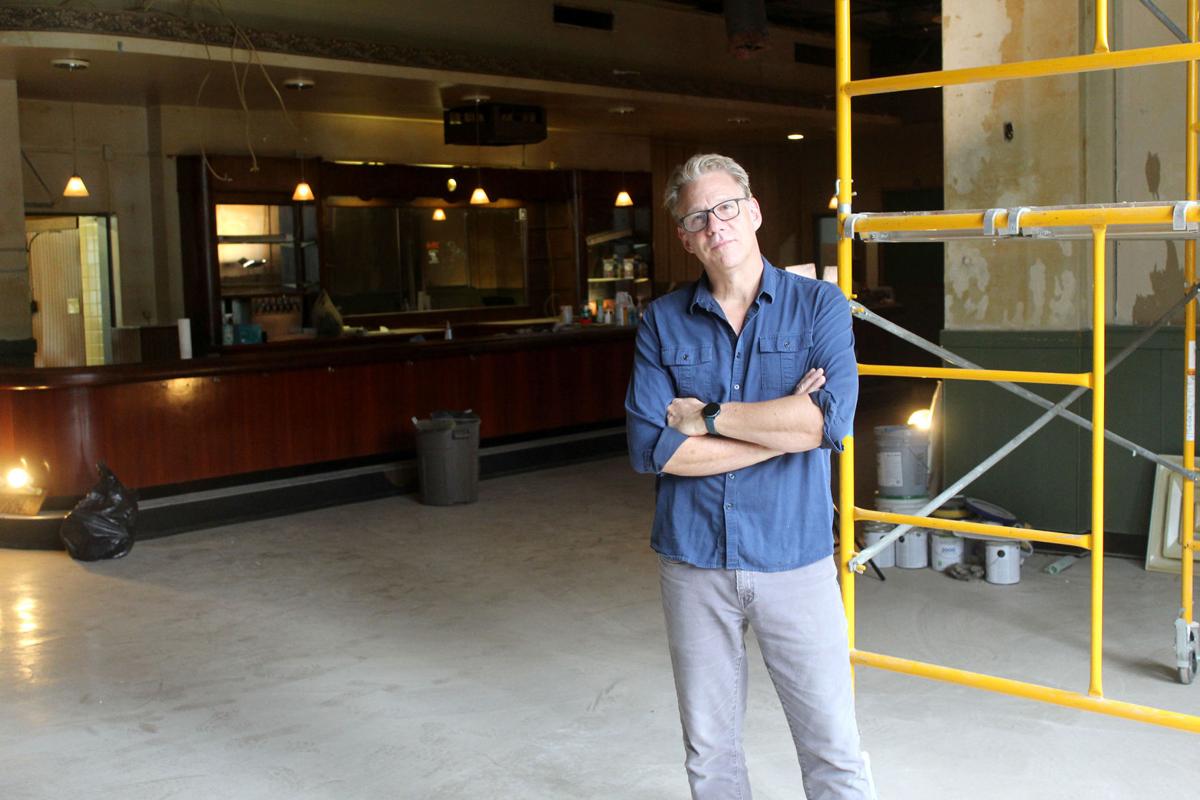 Steve Gibson stands in the former bar area of the Eagles Milton Aerie Club 1208 building, which he is transforming into the Art Academy of Milton. 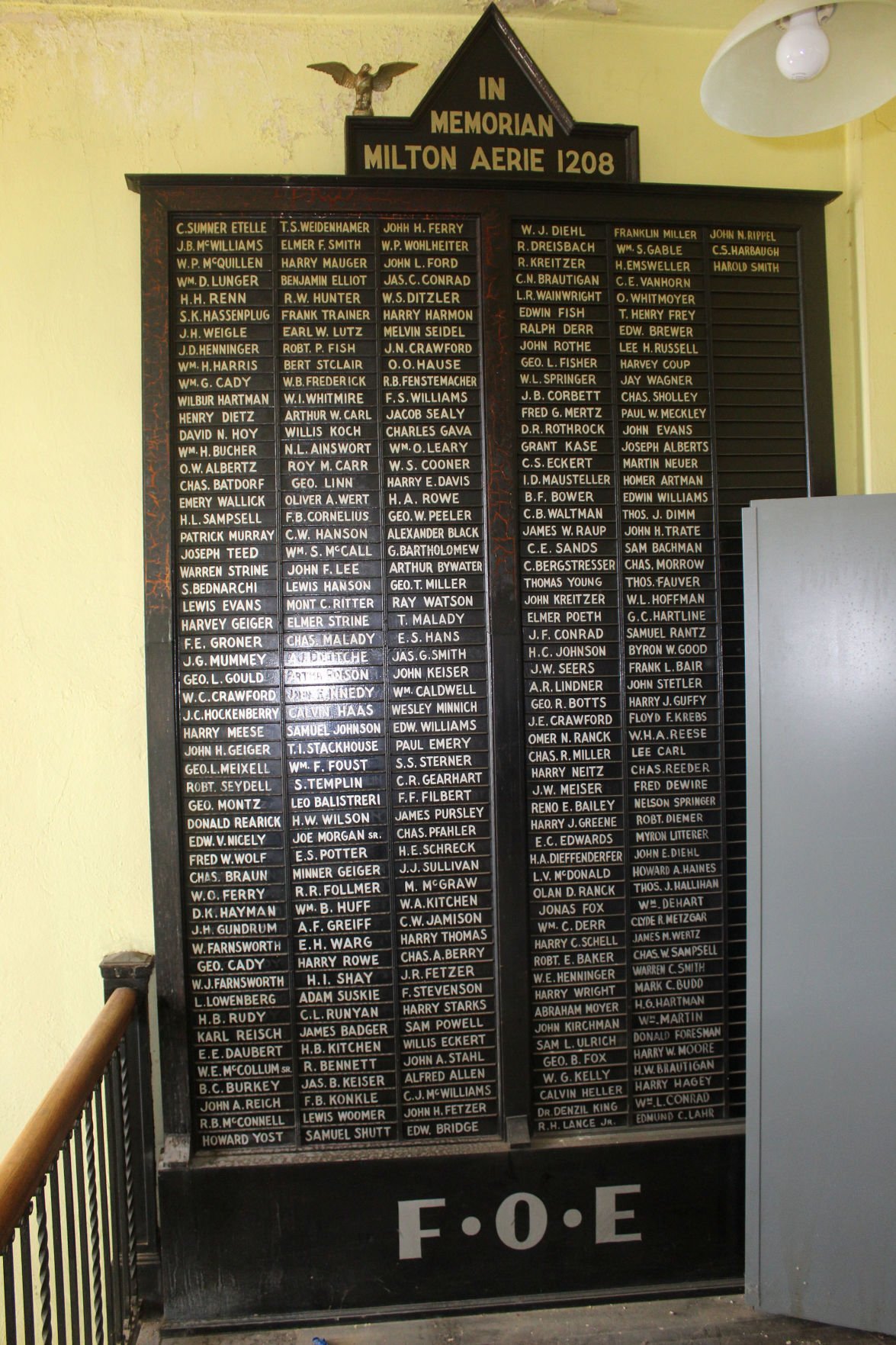 While Steve Gibson is painting and renovating the interior of the former Eagles building in Milton, he said unique features of the facility — such as this large memorial plaque on the building’s second floor — will remain intact. 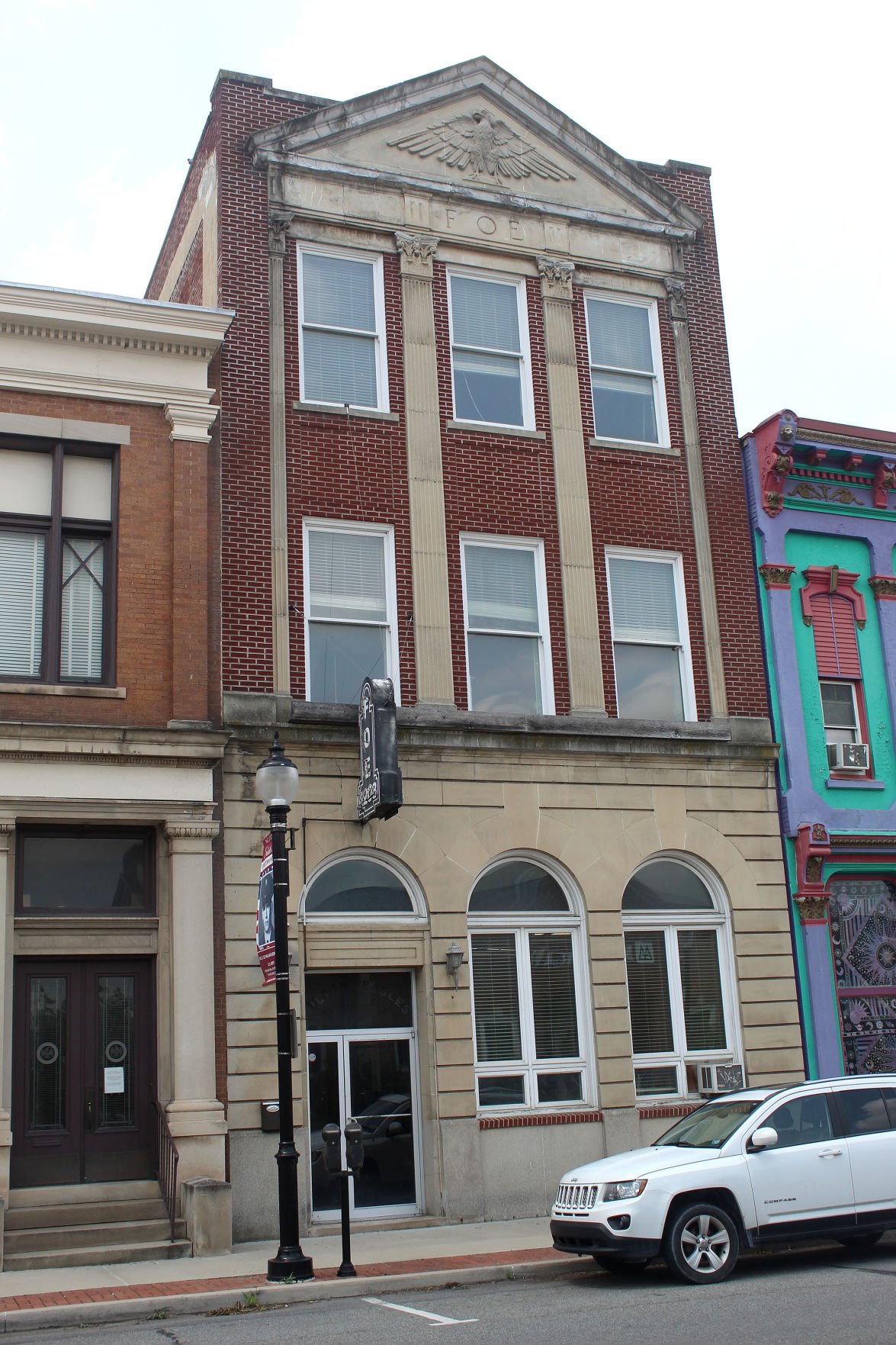 The former Eagles Milton Aerie Club 1208 building on South Front Street is now owned by Steve Gibson, and being transformed into The Art Academy of Milton.

Steve Gibson stands in the former bar area of the Eagles Milton Aerie Club 1208 building, which he is transforming into the Art Academy of Milton.

While Steve Gibson is painting and renovating the interior of the former Eagles building in Milton, he said unique features of the facility — such as this large memorial plaque on the building’s second floor — will remain intact.

The former Eagles Milton Aerie Club 1208 building on South Front Street is now owned by Steve Gibson, and being transformed into The Art Academy of Milton.

MILTON — Walking through what was once the ground-level bar area of the Eagles Milton Aerie Club 1208, Steve Gibson noted he had already removed two drop ceilings from the area.

Working around a scaffolding placed in the former bar area, Gibson said he hopes to have the area ready to assume its new life in mid September.

Gibson recently purchased the former Eagles building on South Front Street from the organization, which closed its doors in 2019.

Gibson is doing the bulk of renovation work to the building on his own in order to transform it into the Art Academy of Milton.

“I’m not here to make money,” Gibson said. “I am here because I love art, and it’s important for every community to have a space like this.”

Gibson, who now lives in Milton, moved to Lewisburg in 2008 to take a job at Bucknell University. He is originally from the Washington, D.C. area.

“I’ve been interested in the arts since I was a kid,” he said. “I draw, paint. I worked in television, film.”

Prior to working at Bucknell, Gibson was involved with the production of an entertainment television program in Washington, D.C.

“We also did a weekly national show, on PBS,” he said.

Since leaving his position at Bucknell, Gibson has owned and operated his own production company, Creature Feature Design.

Primarily, he said the company is involved in producing music videos and television commercials.

“When I was in Lewisburg, I had a place called The Arts Underground,” Gibson explained. “It was an open studio for artists to work... COVID shut that down.”

While he did not own the art space in Lewisburg, Gibson has since been searching for a building he could transform into an arts academy.

He first noticed the former Eagles building on the market in the fall, and recently closed on the purchase.

Gibson said the Eagles established its club at the building in 1928. While he is still researching the building’s history, he said it was also a hotel at one point in time.

“My goal is, the whole building is going to be one arts company,” he said.

Low-cost art classes will be offered on the ground level. In addition, he said the space will be available for rent and could be used for activities such as plays and performances.

Gibson has taught drawing and painting classes in the past, and will do so at the academy. Other artists will also be brought in to lead a variety of art classes.

“I’m not continuing the bar service, the food service,” Gibson said, adding that the bar area will remain intact as he completes renovations.

“The (ground floor) level, I want to have done and have a grand opening mid September,” he said. “I feel good about it.”

On the second floor of the building, Gibson plans to eventually establish a space where artists can work, like they did at The Arts Underground in Lewisburg.

The third floor could be used as a space for artists or transformed into a studio apartment.

He believes the Art Academy of Milton will fit in well with the feel of the community.

“I really appreciate the arts that we have currently and coming, the murals that we have,” Gibson said. “A lot of art-centric people are here and are moving here.

After numerous people asked how they could help with establishing the Art Academy of Milton, Gibson said a Go Fund Me page was established.

The page, “Help bring art to downtown Milton,” has already raised $1,440 toward its goal of $8,500. Funds raised will be used to help cover renovation costs.

Gibson thanked those who have contributed so far, and noted he’s received kind words and various forms of support from many in Milton.

“I’ve had huge support from the (Milton) Art Bank, TIME, other people,” he said. “They are excited to have an open space for art-related activities, small festivals.

“This is designed to be low cost and accessible for all-things art.”