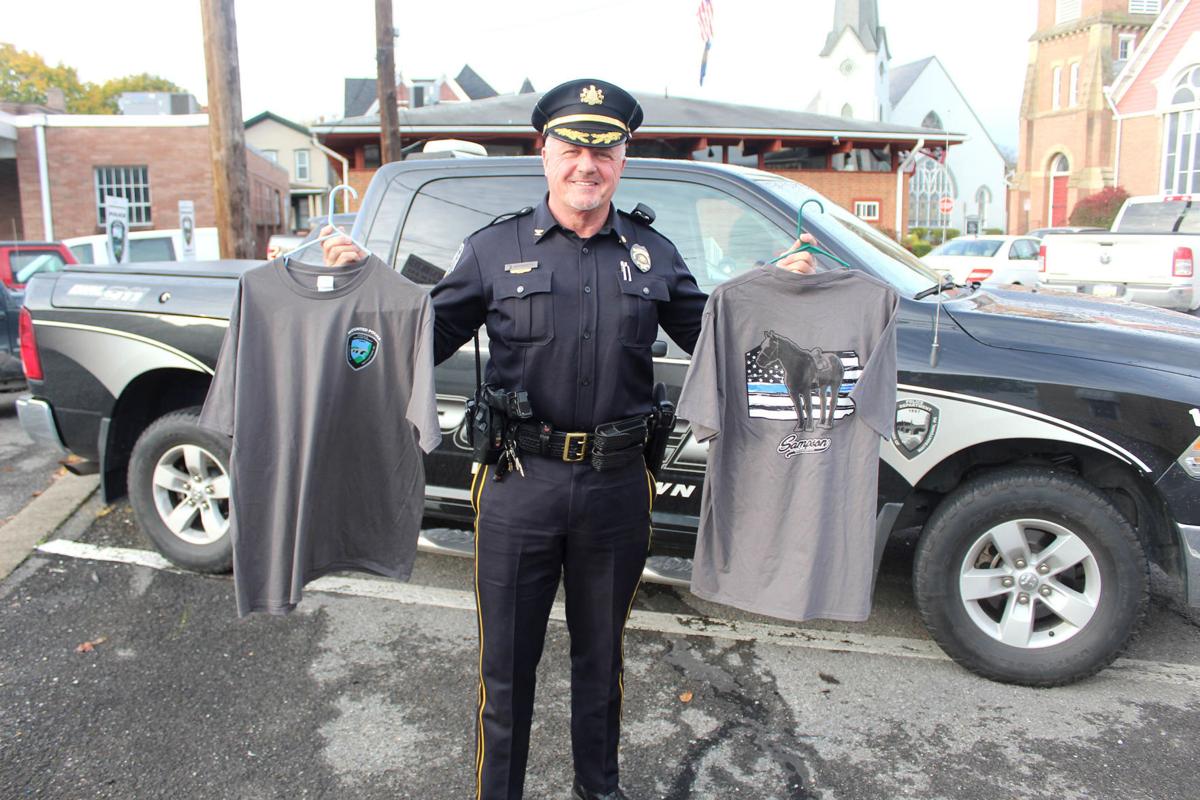 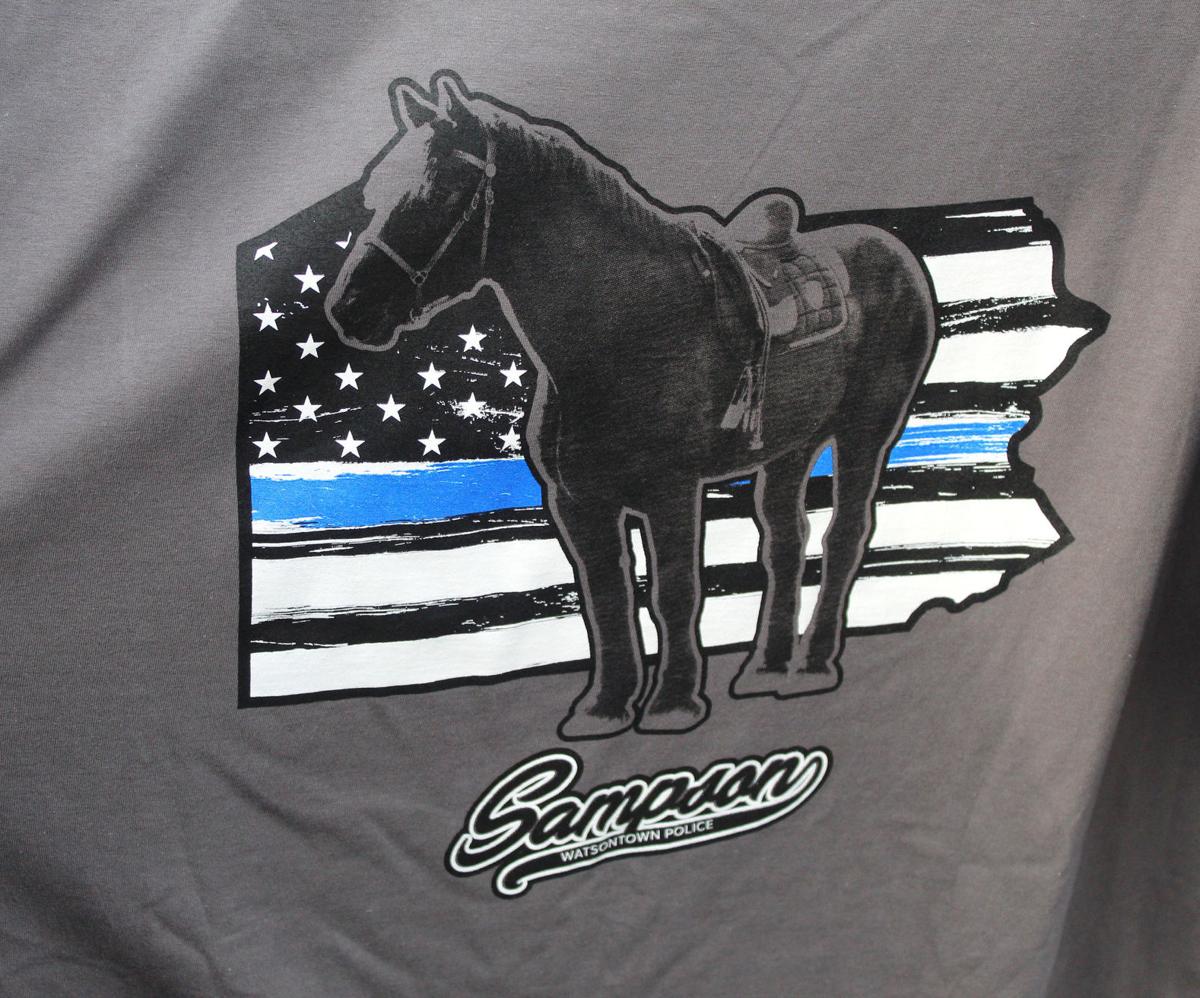 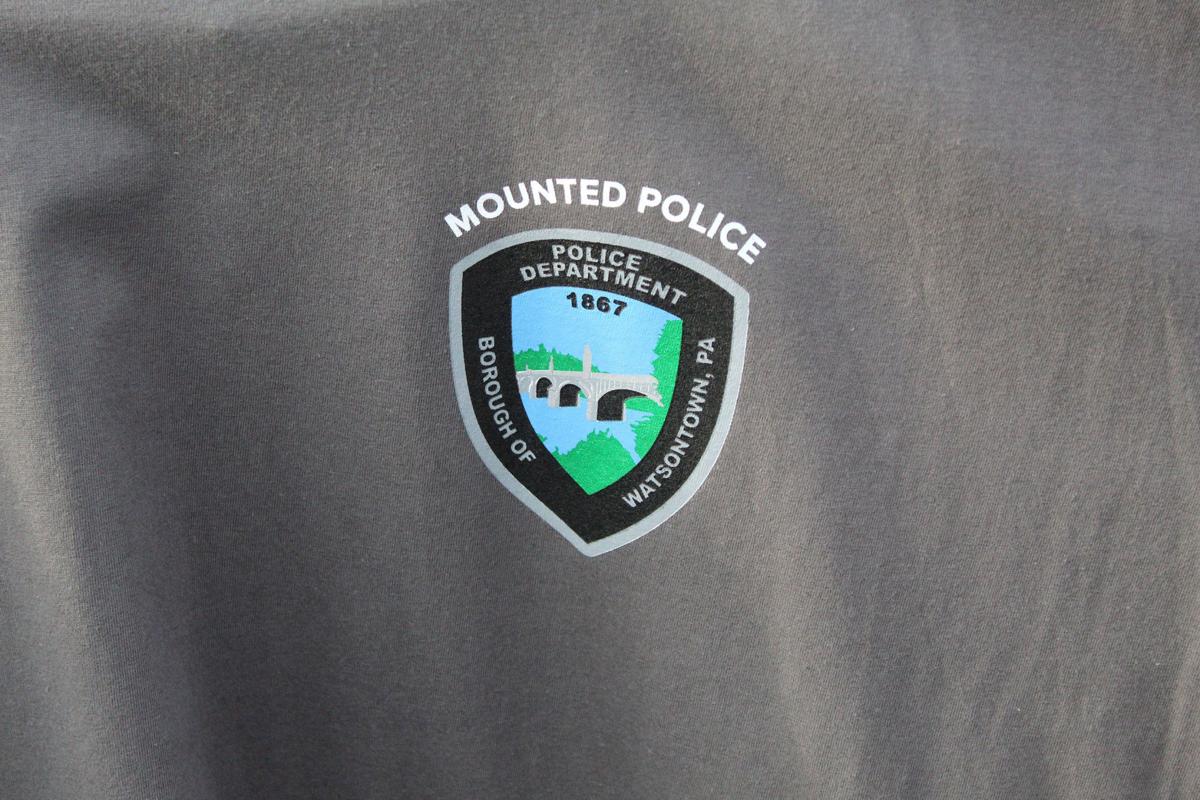 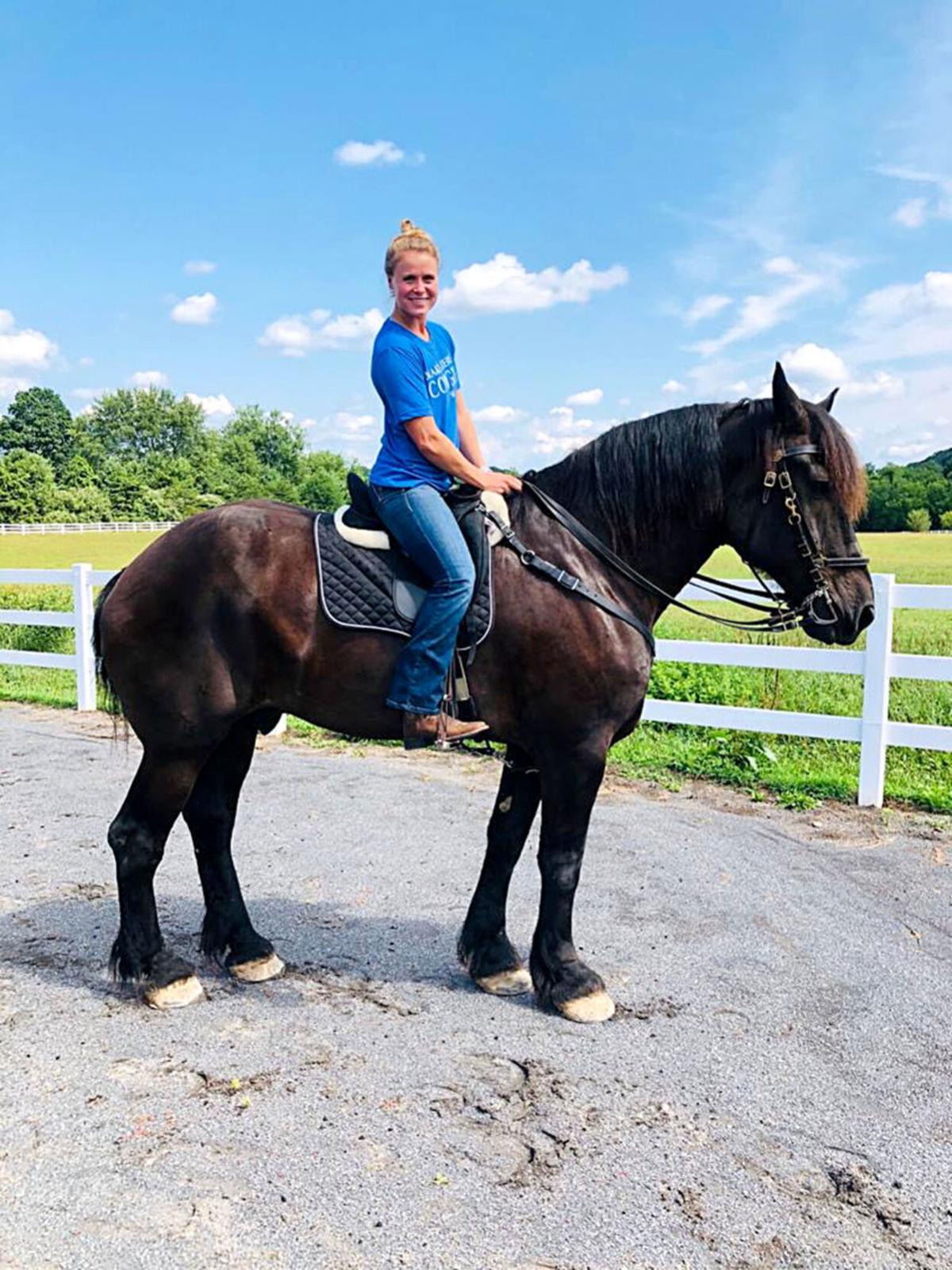 WATSONTOWN — A 2,100-pound Percheron horse which has become synonymous with the Watsontown Police Department is featured on new T-shirts designed to raise funds for an annual community service project carried out by the department and the community at large.

Sampson, the 14-year-old horse owned by department Chief Rod Witherite, is featured on new T-shirts which are available for purchase to benefit the department's Cheif Carl Reed Memorial Christmas Fund.

Witherite purchased Sampson several years ago from Georgia, and noted that the horse had previously been used for police work.

"He's over 19 hands high," Witherite said, of Sampson. "He's about 4-inches taller than the Budweiser Clydesdales."

Sampson eats 4 1/2 scoops of feed each day, and one bale of hay.

While Witherite owns Sampson, the horse has been embraced as a member of the Watsontown Police Department.

“When he’s on duty, he works for the Watsontown Police Department,” Witherite said, adding that the horse is covered under a state law which makes it a felony to assault a police animal.

Sampson is also covered under the police department’s insurance policy when he is representing the department at community events.

Due to COVID-19, Sampson has not represented the department at as many parades, festivals and other events in 2020 as has been the case over the past several years.

"Normally, we do 20 events per year," Witherite said.

He said both Sampson and the department's drug-detection dog Mariska are good tools to use in community policing.

"It's a better way for our police department to connect with the community," he said.

Witherite lauded the community for its support of the horse.

Dr. Judy Hartzell boards Sampson at no cost to the police department. Emily Potter volunteers her time to train Sampson.

Witherite said Sampson is the perfect representative to be featured on T-shirts which are raising funds for the department's Christmas program, which has been in operation since 1979.

"Normally, we serve over 100 children and approximately 50 families per year," Witherite said. "That includes gifts for Christmas, clothing, food and items needed for people year round."

He said needs are particularly great this year.

"It's been a tough year because of COVID," Witherite said. "We have tried to help as many people as we can. We want the community to know they can always rely on the police department."

He said community support of the Christmas program has always been strong.

"A lot of the community will gather to wrap presents," he said, adding that the department and community members make sure the gifts are delivered to those in need.

The T-shirts which feature Sampson and benefit the program are available for $20 each, or $23 each for sizes 2XL through 4XL.

The shirts can be ordered online at prints.rogersuniforms.com/watsontown_pd. Orders can also be placed by visiting the Watsontown Borough Building at 318 Main St.

In addition to the T-shirt sales, another fundraiser is currently underway in the borough to support the Christmas program.

For the "No Shave November" fundraiser those who donate $10, and go without shaving in November, will be entered into a contest to win a haircut from Rene's Barbershop.

According to information provided by the Watsontown Police Department, Chief Carl Reed started the program during the 1949 Christmas season.

“Reed had become the chief of police for Watsontown in December 1944 and served until a few months before his death (in 1972),” the information said.

The idea for the program came to Reed while he was helping children cross the street on their way to school.

“For several years, Reed noticed that for several weeks before Christmas all the kiddies were in great spirits and had hopes that Santa would fill their wishes,” the information said. “After the holiday’s end the kiddies returned, some of them usually the ones from less-fortunate homes, seemed blue and unhappy.”

Reed started asking for old toys to be donated for the children.

The program has continued to grow over the years.