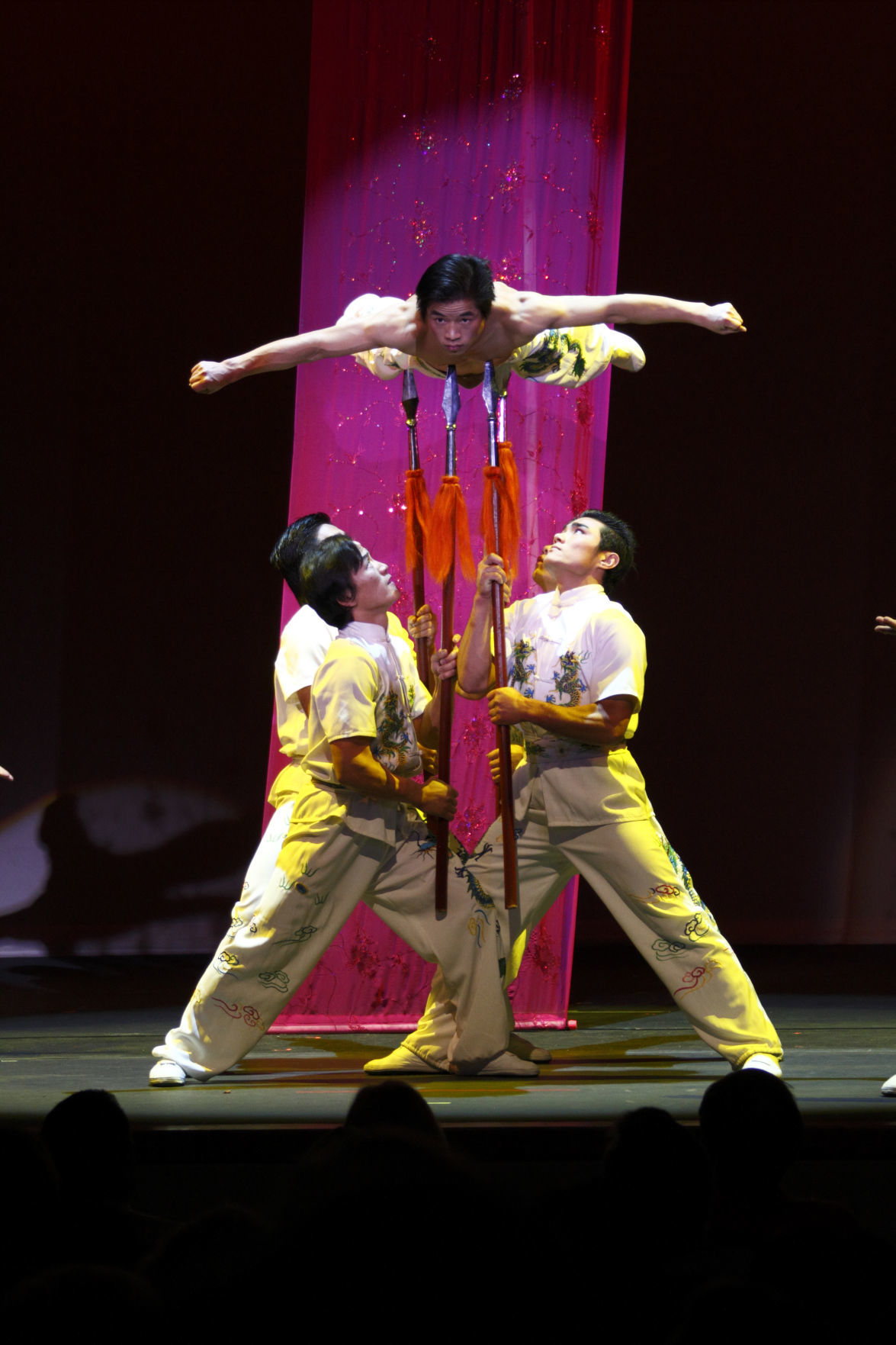 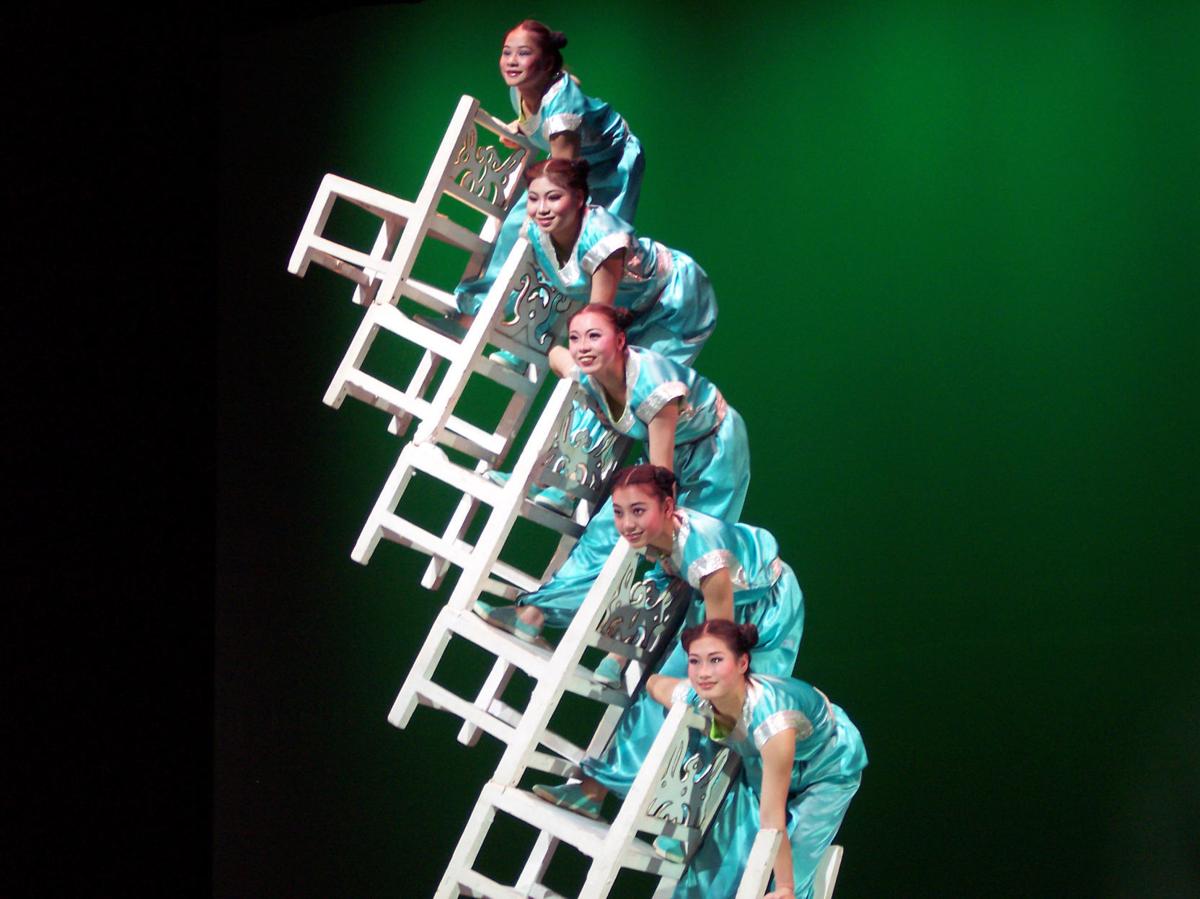 LEWISBURG — The Peking Acrobats will bring Chinese acrobatics to the stage at 7:30 p.m. Friday, March 20, at the Weis Center on the campus of Bucknell University.

For the last 32 years, the Peking Acrobats have redefined audience perceptions of Chinese acrobatics. They perform daring maneuvers atop a precarious pagoda of chairs and display their technical prowess at trick-cycling, precision tumbling, juggling, somersaulting, and gymnastics. They push the limits of human ability, defying gravity with amazing displays of contortion, flexibility and control.

Families can enjoy free kids’ activities from the Bloomsburg Children’s Museum from 6:30-7:30 p.m. in the Atrium.

Since their founding in 1986, the Peking Acrobats have been featured on numerous television shows and celebrity-studded TV specials. These include Nickelodeon’s Unfabulous, Ellen’s Really Big Show (hosted by Ellen DeGeneres), The Wayne Brady Show, That’s Incredible, ABC’s Wide World of Sports, and NBC’s Ring In The New Year Holiday Special. They have also appeared on HDNet TV’s In Focus series, and have appeared regularly in 3D on NBC/Comcast’s new 3D Channel. The Peking Acrobats set the world record for the Human Chair Stack on FOX Network’s Guinness Book Primetime television show in 1999: they balanced six people precariously atop six chairs 21 feet up in the air without safety lines, astounding audiences with their bravery and dexterity. The Peking Acrobats have also made their way onto the silver screen – company members were featured in Steven Soderbergh’s hit film Ocean’s Eleven playing alongside Julia Roberts, Brad Pitt and George Clooney. Peking Acrobats’ alumnus Shaobo Qin also appeared in that film’s two sequels, Ocean’s Twelve and Ocean’s Thirteen.

The Peking Acrobats are part of a time-honored Chinese tradition, rooted in centuries of Chinese history and folk art. Tradition demands that each generation of acrobats add its own improvements and embellishments; because of this, high honor is conferred upon those skilled enough to become acrobats. The Peking Acrobats seek to uphold this rich and ancient folk art tradition, bringing it to new technical heights while integrating twenty-first century technology. In the words of Clive Davis of the New York Post, “The Peking Acrobats [are] pushing the envelope of human possibility, combining agility and grace in remarkable feats of pure artistry.”

For more information about this event, contact Lisa Leighton, marketing and outreach director, at 570-577-3727 or by e-mail at lisa.leighton@bucknell.edu.