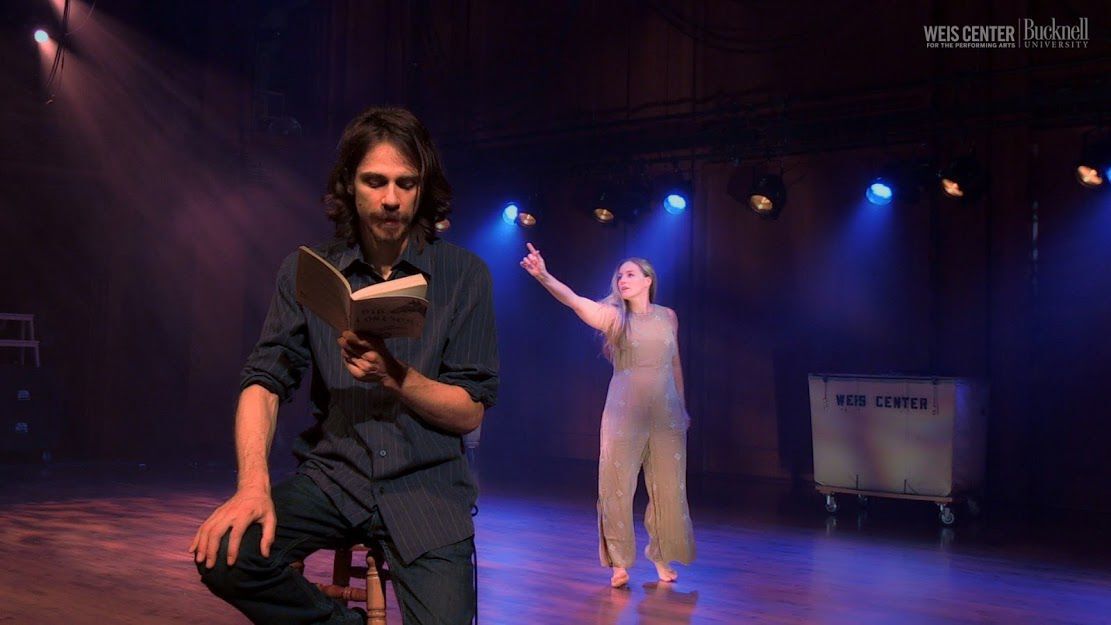 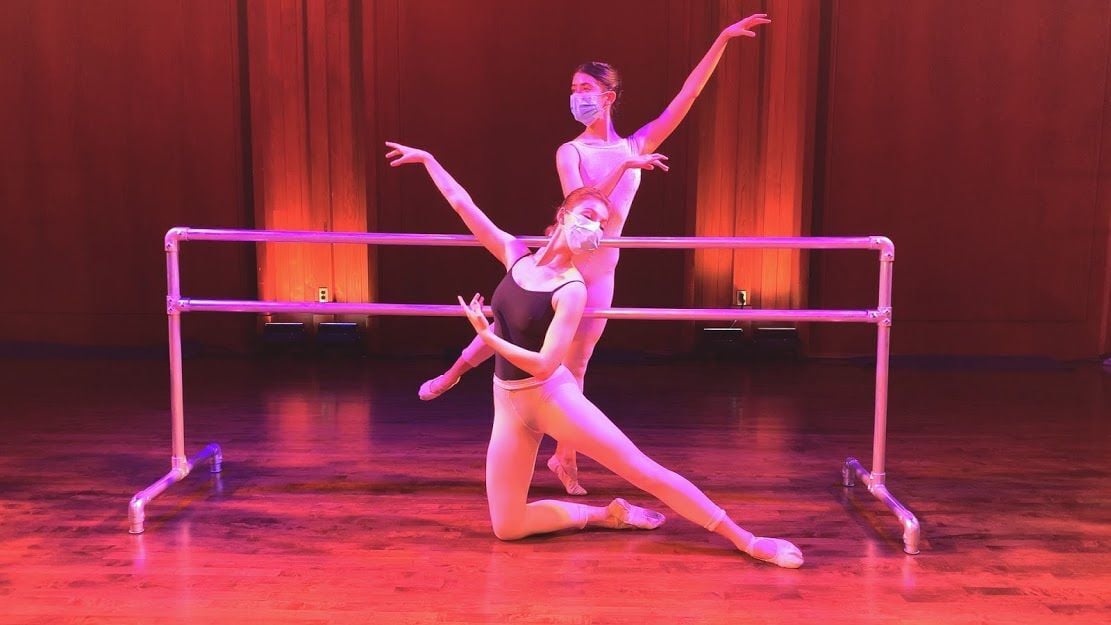 Members of the Bucknell University Class of 2021 Chiara Evans and Clare Merante performed a ballet routine for a ‘Weis Center Sessions’ recording. 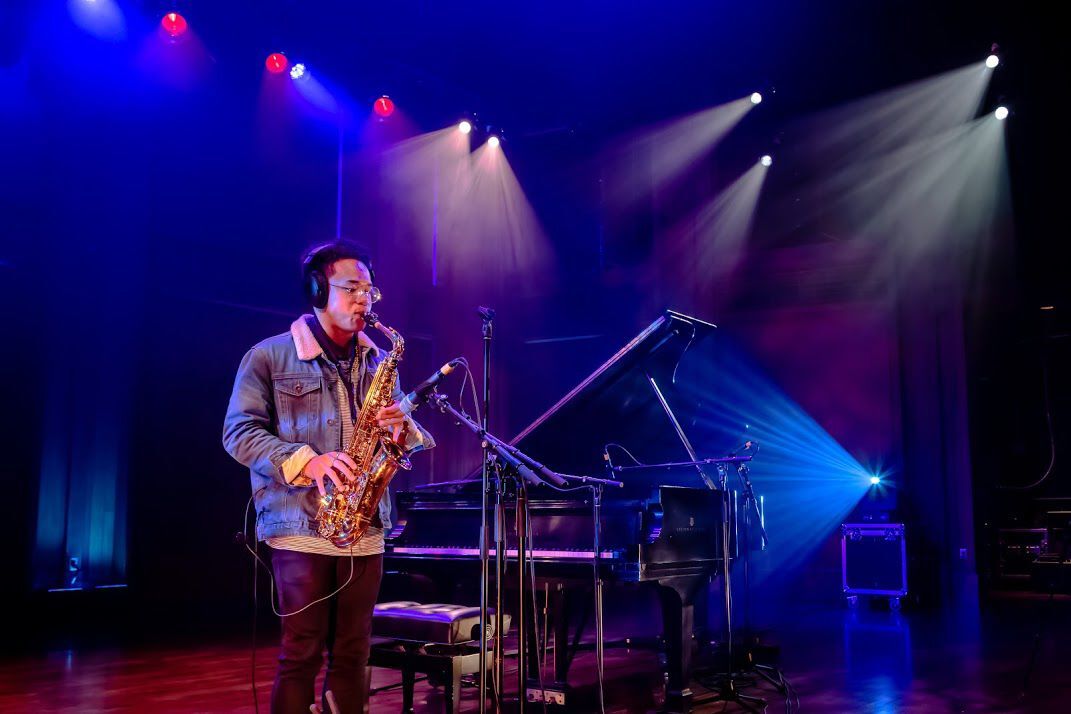 Rah Hite, a member of the Bucknell University Class of 2023, played a saxophone during a ‘Weis Center Sessions’ performance. 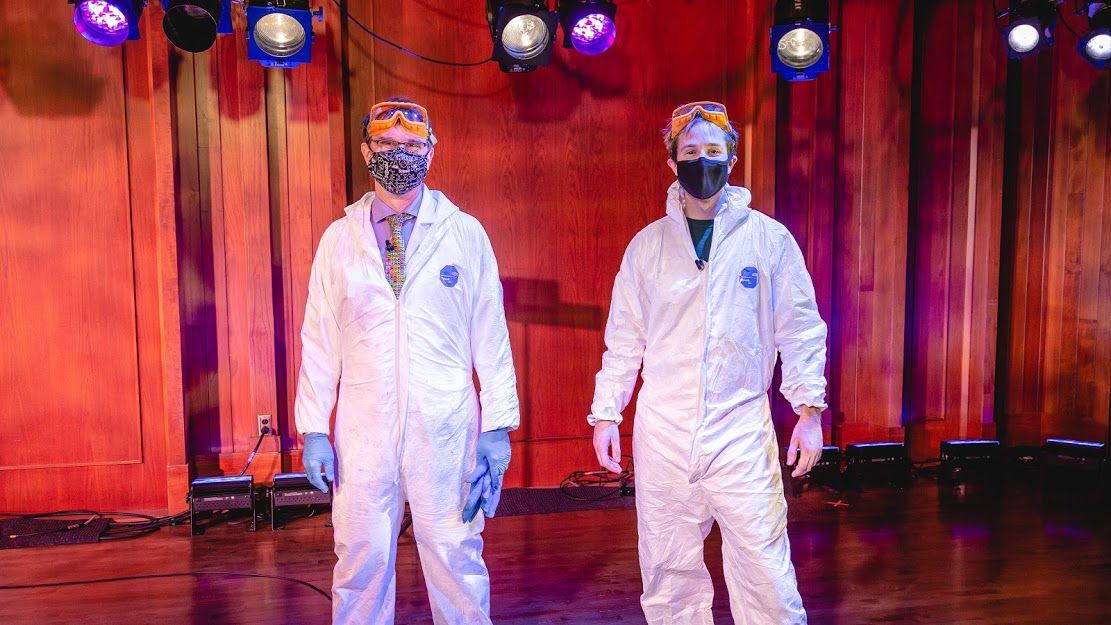 Members of the Bucknell University Class of 2021 Chiara Evans and Clare Merante performed a ballet routine for a ‘Weis Center Sessions’ recording.

Rah Hite, a member of the Bucknell University Class of 2023, played a saxophone during a ‘Weis Center Sessions’ performance.

That was Kathryn Maguet’s response when asked how she will feel when audiences return for in-person performances at the Weis Center for Performing Arts at Bucknell University.

“We went down when everybody else did, which was pretty much about a year ago,” said Maguet, the center’s executive director.

While the center has found creative ways to continue offering programming, Maguet noted that the past year has been difficult for for artists in general.

“It’s been a devastating blow to performing artists,” she said. “Some have been able to tap into a variety of revenue streams.”

Maguet noted that a range of people who work in the arts — including managers and production people — have had their livelihoods impacted by the COVID-19 pandemic.

“When you’re thinking about dancers, people have a limited shelf life,” she said. “The dancing careers are pretty short. If you have someone dancing mid career, taking a year out of their performing life is substantial.”

Maguet noted that musicians also rely on live performances for their income.

“You see all kinds of stuff... that’s reached a saturation point, in terms of virtual (musical performances),” she said.

While some virtual musical performances have reached the point of saturation, Maguet said entering the virtual arena has provided a lifeline for the Weis Center.

Since the closure of the center due to the pandemic, Maguet said its space has been converted into “socially distanced classroom space in order to accommodate needs for additional space” at Bucknell University.

With no in-person performances able to be offered, Maguet said the Weis Center has been producing a weekly online series, titled “Weis Center Sessions.”

“I thought this would be a great opportunity... to showcase members of the Bucknell community,” Maguet said. “I’ve got a really terrific tech staff. They are producing video recordings of musicians, poets... We’ve had dancers, tap dancers.

“What’s really most fun is it’s not just the music faculty or creative writers,” she continued. “It’s a cross section of students, or people who work in the library. It’s been an opportunity to showcase or highlight talents that people have that aren’t part of their life on campus.”

The performances are posted online each Friday and will continue through the summer.

“Not everybody plays the flute or clog dances,” Maguet said. “We thought (‘Weis Center Snaps’) would be a great opportunity for people to do talks too.”

Those programs have included everything from chemists “blowing things up on stage” to presentations about transferable skills.

The Weis Center has been able to offer several high-quality virtual programs, including a performance by a dance company and a children’s theater performance.

“I don’t think anything replaces life performance,” Maguet said. “This has been something we can offer safely and also support artists who are working at a really high level.

“It’s quality arts in a safe setting,” she continued. “I’ve been really pleased with everything we offered. The integrity of the work was maintained.”

For information on upcoming virtual programs, or to view the programs produced by the Weis Center, visit