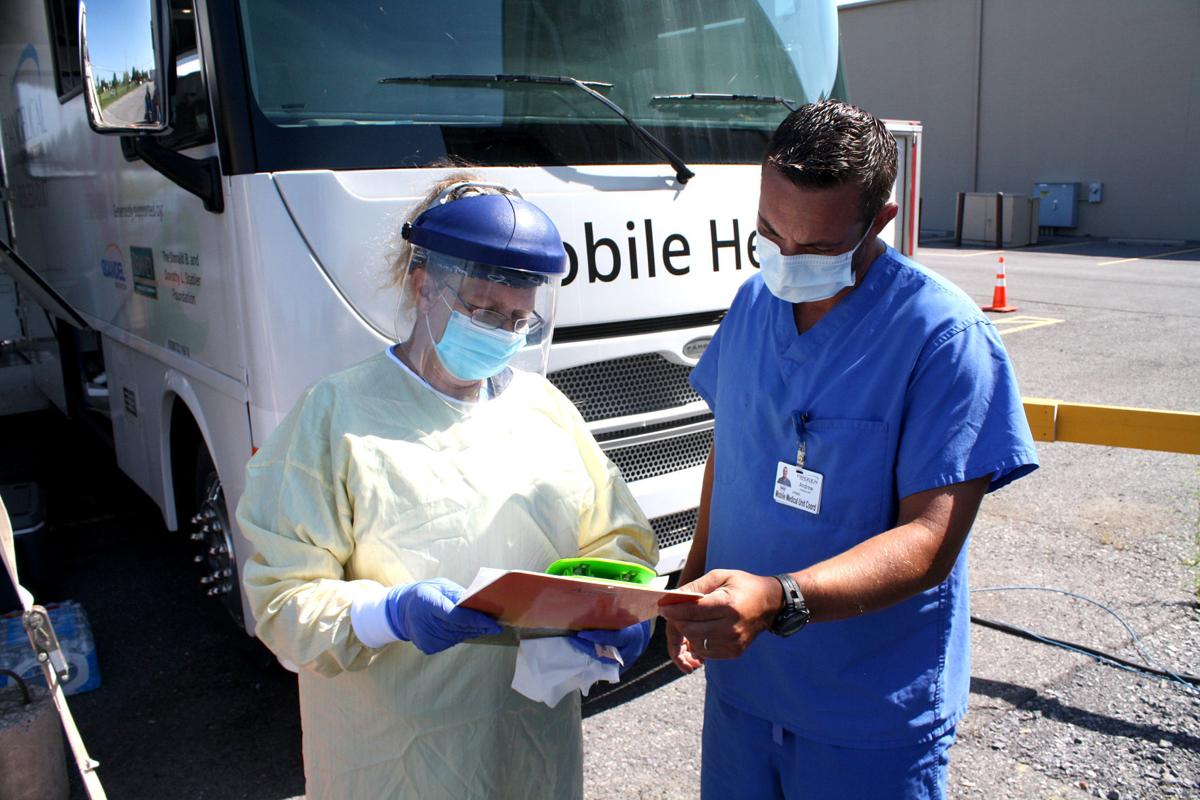 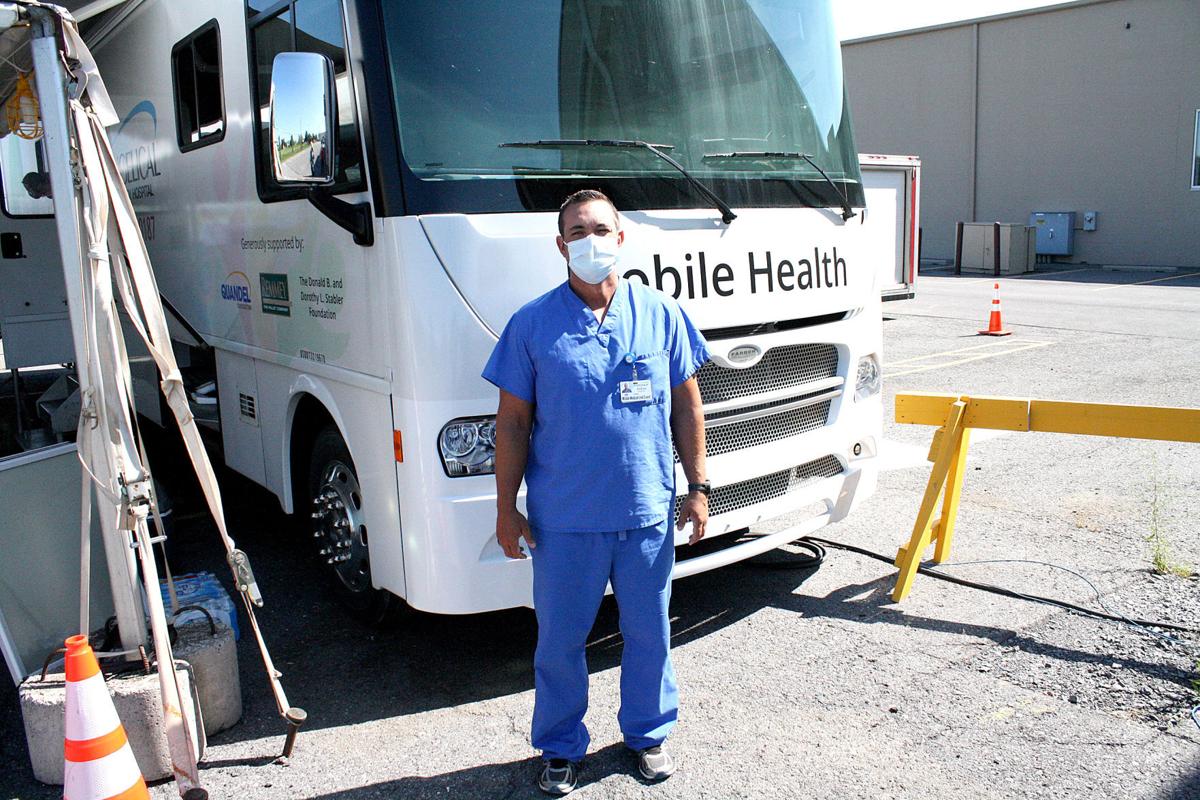 Andrew Zechman, operational lead for the Evangelical Community Hospital COVID-19 test site, began the year as the coordinator of the mobile medical unit now in use at the site.

Andrew Zechman, operational lead for the Evangelical Community Hospital COVID-19 test site, began the year as the coordinator of the mobile medical unit now in use at the site.

However, his assignment changed shortly thereafter.

Zechman has been serving as the operational lead for the hospital’s COVID-19 test site in the months since. The site opened just as statewide reports of the virus began be more common.

The Evangelical COVID-19 test site is open 9 a.m. to 6 p.m. Monday through Friday in a spot behind the McCann School of Business and Technology. No appointment is needed nor is a doctor’s order required, but an order is preferable.

Zechman said security first greets people and sends them back to the test area. They are asked if they have any symptoms of COVID-19 or had known exposure to it.

Once a form is filled out, the person is tested with a nasal swab. Zechman noted the test is the kind which seems to go pretty deep. Each nostril is probed for 15 seconds.

The site opened at a time when the rate of testing in the local area seemed a little slow.

“Then once we started to hit May, it really started to pick up,” Zechman said. “From May through July we were testing basically 100 to 150 patients per day.”

The test rate slowed a bit in August but picked up again after the Labor Day holiday.

“When we see spikes, it is generally when you see them at a particular large gathering,” Zechman said. “If it is a congregant setting, they might have an outbreak. I think that is when we see these upticks. Not only do you have more individuals coming to get tested, you then are going to see more positives.”

Possible exposure in settings such as treatment centers, correctional facilities and gatherings such as protests increase the test volumes.

“That is really where we first saw it, the protest in Watsontown,” Zechman said. “Not only was it individuals who were at the protests who got it, it was individuals working the protest, first responders and police.”

Zechman credited management of USP Lewisburg and the medical director of the White Deer Run Treatment Center for being proactive with tests.

Zechman also said the administration, Evangelical Medical Services Organizaion, nurses and other providers have been extremely supportive. Logistical challenges such as getting electric power and online services have also been solved in-house, though he added that West Branch Rental set up the tent for the site.

“Everyone we have had here have been rock stars,” Zechman said. “They have done what they needed to make sure that we not only do the job but that we do it well and kept themselves safe and the patients safe.”

When interviewed, Zechman said none of the crew at the test site has tested positive. He said it was clear that the personal protective gear, hand washing and facial covering were working.

The “endgame” for the test site was as yet unknown.

Testing would need to continue, but cooler weather could provide a challenge for the outdoor facility. Zechman said testing would still be needed with the inevitable the onset of conventional influenza.

Similarly, there could be a need for a drive-through site when a COVID-19 vaccine is developed, tested and approved. Zechman speculated that a test site and a vaccine site could coexist.

The hope is to continue the site for as long as it is needed for the benefit for the community.