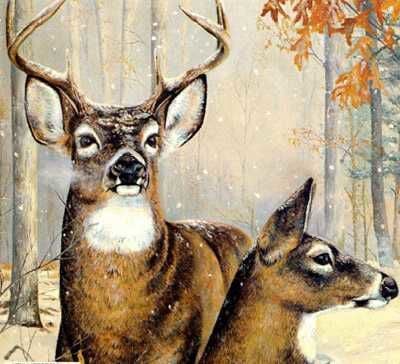 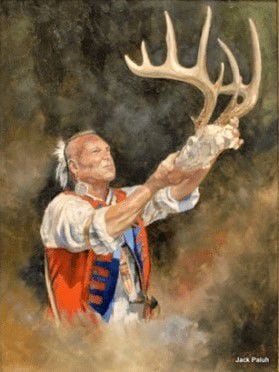 Fall has come to the mountains, hills and valleys of Pennsylvania and once again we are in the midst of another deer hunting season! Since I moved to Pennsylvania over 50 years ago, my fascination in deer and deer hunting has been over the top. Growing up in Western Ohio, in the No. 1 farming county in the state, I was always intrigued about this creature called a white-tailed deer. You see, until I was 18 years old, I only ever saw two deer. Yes, two deer! And it was that fascination that led me to my degrees in animal nutrition and wildlife management and into developing one of the first deer minerals in the world for antler growth. But that’s a story for another day.

Today, as I look back in time about the history of deer hunting on the land that was to be called Pennsylvania, we know that deer have always been hunted by the humans who first inherited this land called Penn’s Woods! Organization eventually came to Pennsylvania in 1683 when hunting was officially permitted as a right of ownership on this land covered by William Penn’s Charter. The hunt was on. And it was over 150 years ago in 1869, that the first deer hunting season was established; running only from Sept. 1-Dec. 31.

As we know, deer have always been hunted for food, but early on, there was also a “higher power” associated with the taking of that big stag or buck! You see, since the beginning of time, deer antlers have been associated with wealth and power. To prehistoric man, antlers also represented a means for making tools, weapons, and adornments. Those who killed an animal with antlers possessed the means to kill and cook and thus stay alive for at least one more day. Early man was so enamored with these great antlered beasts that he went to great lengths to keep permanent reminders of the beasts, as seen in the great petroglyphs and paintings upon the cave walls of their homes across the Northern Hemisphere.

In North America, the Constitution of the Iroquois or their Great Law of Peace, placed the antlers of the deer as their ultimate symbol of authority and to most North American Indians, an antlered headdress was worn only by the tribal chiefs or medicine men in ceremonial dress carrying out tribal customs. But the ultimate value of antlers comes from Erwin Bauer’s informative book, Antlers: Nature’s Majestic Crown, where he reveals that in 18th century Europe, King Frederick I of Prussia, traded the trophy head of a splendid stag for an entire company of soldiers.

Despite man’s continual fixation on the magical-mystical qualities of deer antlers, these same antlers have also served mankind with many important practical uses. The extremely hard surface of an antler could be easily worked by early man into everything from arrow and spear points; to tools, buttons, pipes and spoons. Some cultures have even used the ground-up velvet and antler of deer for medicinal purposes for thousands of years. Thus, everything but the “buck snort” was used by early man. But somewhere along the way, as we try to convince ourselves it is all about the meat a deer brings to our table, every hunter is still overshadowed by that special sense of “antler envy.”

When we tell our sons to just shoot a doe, “cause you can’t eat the horns,” somehow that phrase rings hollow to them; just as it did to us years before! As Erwin Bauer says in his book Whitetails, “Men have spent vast sums of money and untold valuable time, have started fights, divorced wives, broken game laws, and vacated sanity just to obtain the trophy rack of a white-tailed deer to hang proudly in his club or office.”

Just as the mystique behind that magical crown that adorns the heads of all white-tailed bucks always heightens the spirit and causes the heart to race when he comes into view, we live for the sight of any buck. Whether it is a small four-point or that magnificent king of the mountain, at the end of the day, the hunt just is not the same without “seein’ them horns!” We still secretly, and will to the day we die, lust to fill the walls of our modern-day caves with that rack of antlers or mounted head.

Of course, every hunter should know that a white-tailed buck’s antlers are not really horns — at least not in the technical sense. Horns are made of a non-living substance called keratin, much like hooves or fingernails. Horns have a bony core and are retained by the animal for life. Antlers, on the other hand, are gown entirely from bone, like all deer species. They follow a yearly cycle of popping out in the spring, growing steadily throughout the summer, hardening off in the fall, then suddenly falling off in the winter.

To mankind throughout the ages, deer antlers were a sign of power and authority, a serious sign of status among men. Among the white-tailed deer population of Pa., a buck’s antlers are also a very serious business to him. The male deer has antlers, and the size of those antlers is the badge of courage he wears telling other deer how powerful he may be. The larger the antlers, quite possibly, the more powerful the deer and the higher his status. Perhaps it is nature’s way of helping to sort out his breeding position within the deer herd without the shedding of too much blood. But we are getting ahead of ourselves.

In the northern latitudes, antler growth begins in the spring with the increasing length of daylight. Testosterone levels in the blood, throughout the antler-growing season, govern the antler growth, the hardening off and the velvet shedding processes. The pedicles, those small buds on top of a buck’s head from which the antlers grow, are the living tissue bridge between the animal’s skull and its antlers. They hold the antlers in place until they drop off and if injured, can deform a buck’s rack throughout the rest of his life. Larger pedicles usually allow larger antlers with more points to develop but most researchers agree that the ultimate size of a buck’s rack depends on some combination of his age, nutrition, and genetics.

Other than the age of the deer, antler development, i.e. beam mass, tine length, and spread, is affected the most by the buck’s level of nutrition and he truly “becomes what he eats.” The general confirmation and shape of his rack is mostly determined, however, by heredity and with everything being equal, the buck’s maximum antler score can be expected between 5 and 7 years of age.

Growing antlers are made up mostly of protein and when they harden off by late summer, they are made up of roughly equal parts of protein and mineral. Deer antlers are made up of at least 11 different minerals and are among the fastest growing bone in the animal kingdom. Under and within these velvet covered bones, lies a complex network of blood vessels and nerves that some suggest serve as thermal regulators to help release a buck’s excess body heat during those hot, lazy, hazy days of summer. And if you have ever felt them, they are amazingly hot to the human touch. This abundant flow of blood through the antlers, coupled with the fact that bucks with larger, branched antlers have more surface area, means that larger buck with more antler mass and branches can dissipate body heat faster (like a radiator) and more easily than smaller antlered bucks. Conversely, when antlers harden off and the velvet is shed, there is no blood supply to the antlers and body heat loss is minimized during the critical fall and winter months when body heat conservation is of the utmost importance.

Of course, the eternal argument by hunters and scientists alike is why do bucks need antlers at all and what purpose do they serve? The logical theory is that bucks need their adornment to determine their status in the local whitetail breeding hierarchy. Typically, the dominant buck does most of the breeding and usually he is one of the biggest and healthiest bucks with the largest antlers. Some scientists have even gone as far as theorizing that the antlers are the main attractor of breeding females in much the same way as the brilliant color of some male birds make them more desirable to the females. Others believe that bucks grow antlers simply as a means of defending themselves against their natural enemies, thus having nothing to do with breeding. But then if you take that argument to its logical conclusion, you would think all does would have antlers too!

Having spent a lifetime developing a better deer mineral for improved antler growth, I rather like to think that antlers serve only one purpose and one purpose alone! That is to tempt, tease, and taunt the deer hunter; filling his head with visions of grandeur about that trophy buck. The true value of a whitetail’s antlers, however, may not be in their Boone and Crockett score; but in the memories they provide and the friendships, the camaraderie, the hard work, the fun and of course the luck that goes into making that hunt successful. We live to hunt, and then we relive the hunt, over and over again. And that’s priceless, something that money can’t buy!

From somewhere on a ridge in the Black Forest of Northern Pa. …Ron Wenning

Ron Wenning grew up in Ohio and with his wife Kris, moved to Pennsylvania in 1969. They founded Wennawoods Publishing in 1994 and have published over 80 books on 17th and 18th PA/Eastern Frontier history. Comments or to see list of titles still available for sale, simply email Ron at wennawoods@hotmail.com.