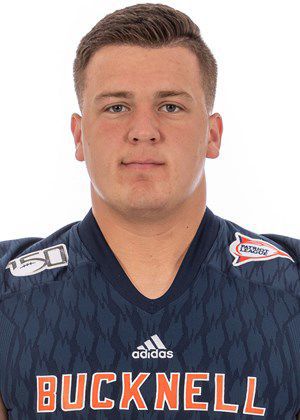 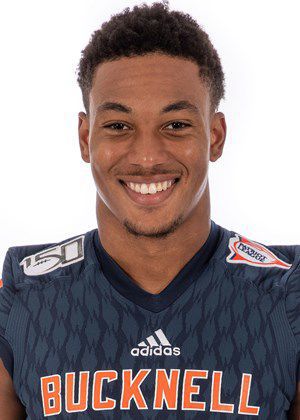 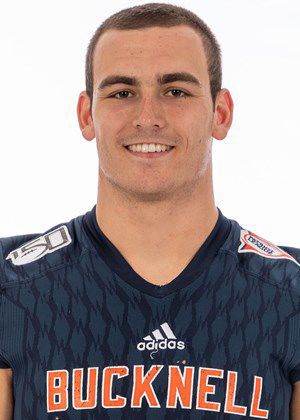 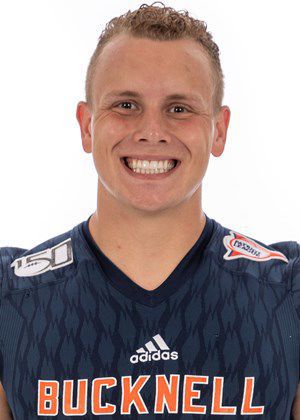 “Rick, Simeon, P.J., and Brandon exemplify traits you want from your captains,” Cecchini said. “They all lead by example and have an unquenchable desire to be the best they can be.”

Mottram is a 2019 CoSIDA First Team Academic All-American while Page is a three-time All-Patriot League selection. They are the latest Bison linebackers to be voted as captain by their teammates; in six of the past 10 seasons, at least one linebacker has been elected as captain.

Barr, a 2019 All-Patriot League offensive lineman, and Benson, a safety who is the class of 2021’s leading tackler, round out the talented and decorated group.

“Our coaching staff has seen the sacrifice and commitment these four men have consistently shown over the course of the last year, both on and off the field,” Cecchini said. “They all possess great character and will do an outstanding job in leading our team.”

In 2019, Mottram became the 25th Bison football player to be tabbed as an Academic All-American; he was the fourth Bison to be recognized in the 2010s, joining linebacker Travis Nissley (2010), linebacker Tim Bolte (2011) and running back Matt DelMauro (2015). Mottram, who is also a two-time Academic All-Patriot League Team member, emerged as the quarterback of Bucknell’s defense last year. With 102 tackles (64 solo), he became the first Bison to reach the century mark in a single campaign since linebacker Evan Byers (119) in 2014. He also totaled eight tackles for a loss, four sacks, two interceptions and one fumble return for a touchdown.

Mottram reached the double digits in tackles six times, including in the final four games. He wrapped up his junior campaign with 147 tackles (93 solo), 18 tackles for a loss, six sacks, three fumble recoveries, two interceptions and one forced fumble in 24 career games, 14 of which were starts in the past two seasons.

Page captured All-Patriot League honors for the third time last year, being tabbed as a First Team linebacker; he was previously tabbed as a First Team defensive lineman in 2018 and as a Second Team linebacker in 2017. Entering his senior year, Page will have the chance to join running back Rich Lemon (1993-96), offensive lineman Julién Davenport (2013-16), defensive lineman Abdullah Anderson (2014-17) and punter Alex Pechin (2015-19) as Bucknell’s four-time All-Patriot League honorees.

Barr started all 11 of Bucknell’s 2019 games, running his starting streak to 30. A leader on an offensive line that saw five different players earn their first career starts, he started nine times at left tackle and twice at left guard. He is one of only two members of the class of 2021 who has appeared in all 33 of the Bison’s games during their time in Lewisburg, joining defensive lineman Roger Mellado.

Benson has been a key safety for the Bison since arriving in Lewisburg. In 2019, he finished third among Bison, and first among defensive backs, with 68 tackles (41 solo). In 29 career games, 21 of which were starts, he has logged an impressive 188 tackles (101 solo); he has also racked up 9.5 tackles for a loss and two interceptions. Notably, he eclipsed 50 tackles in each of the past three seasons.