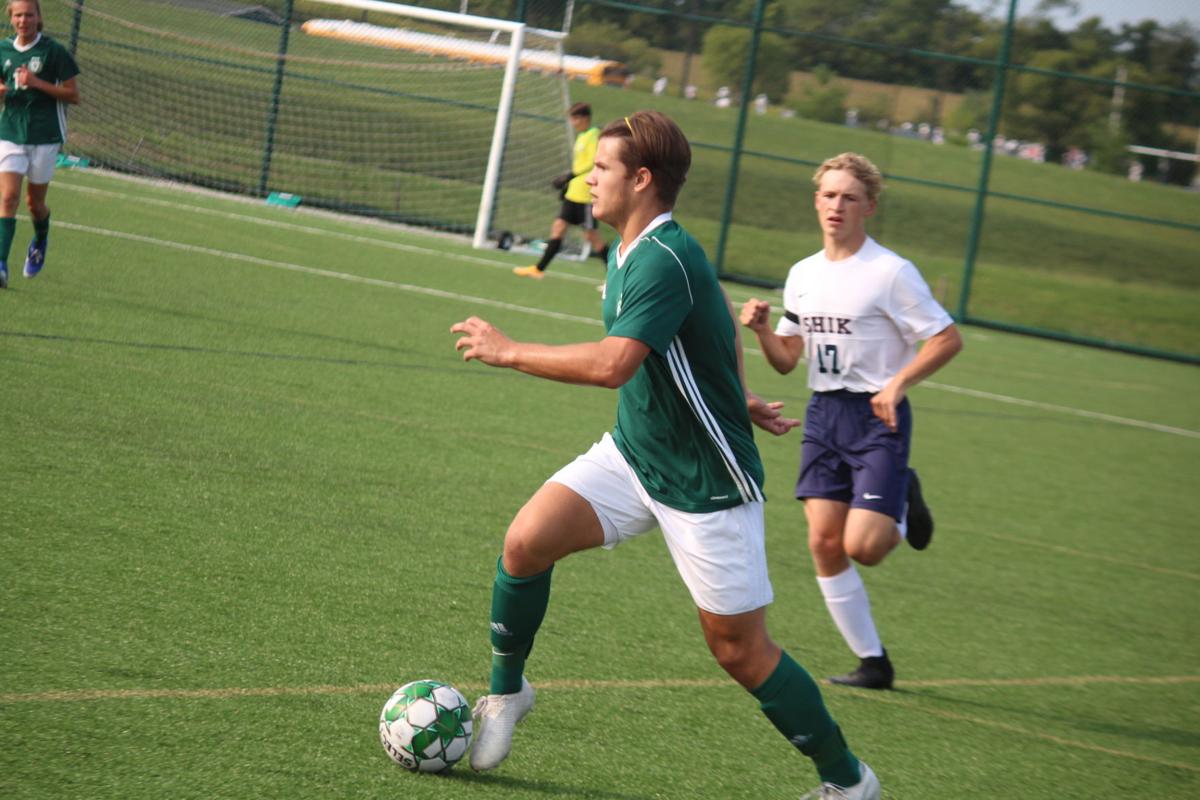 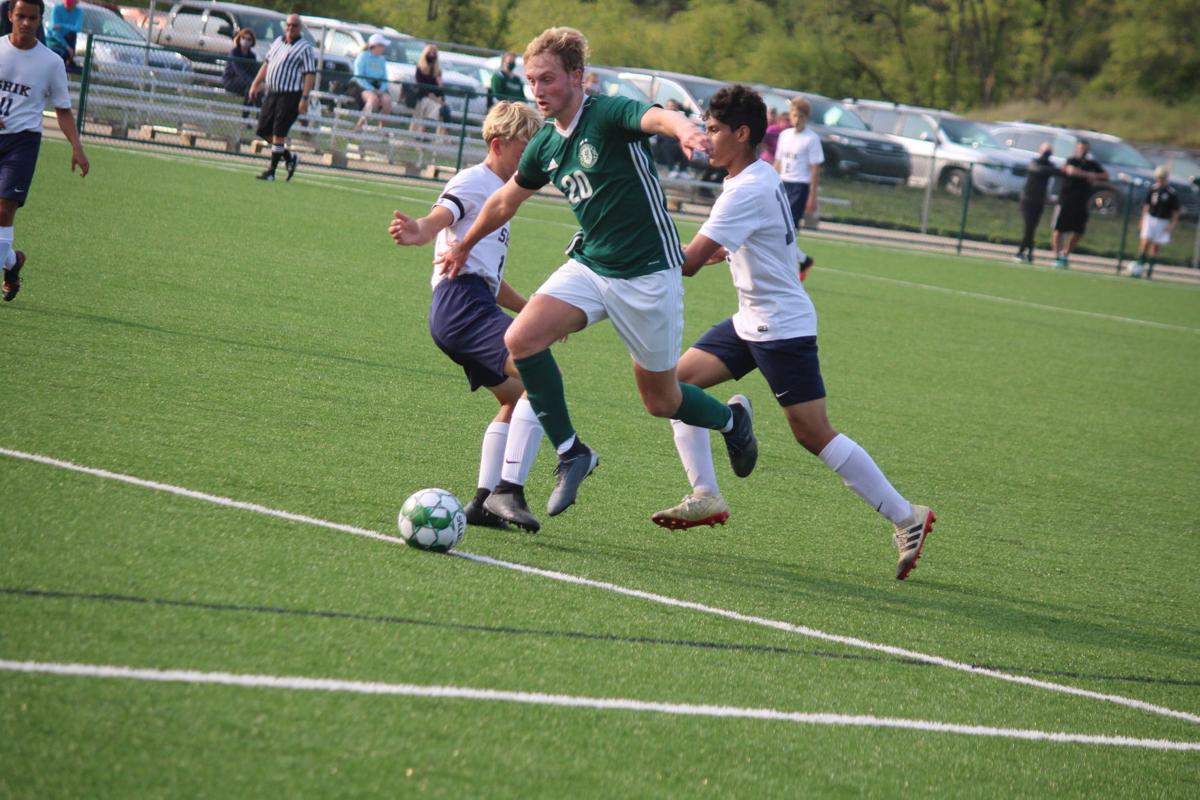 Ben Liscum splits the defense of Shikellamhy’s Nick Koontz (left) and Fernando Nunez (right) to get to the goal during Tuesday’s game in Lewisburg. Liscum scored three times against the Braves. 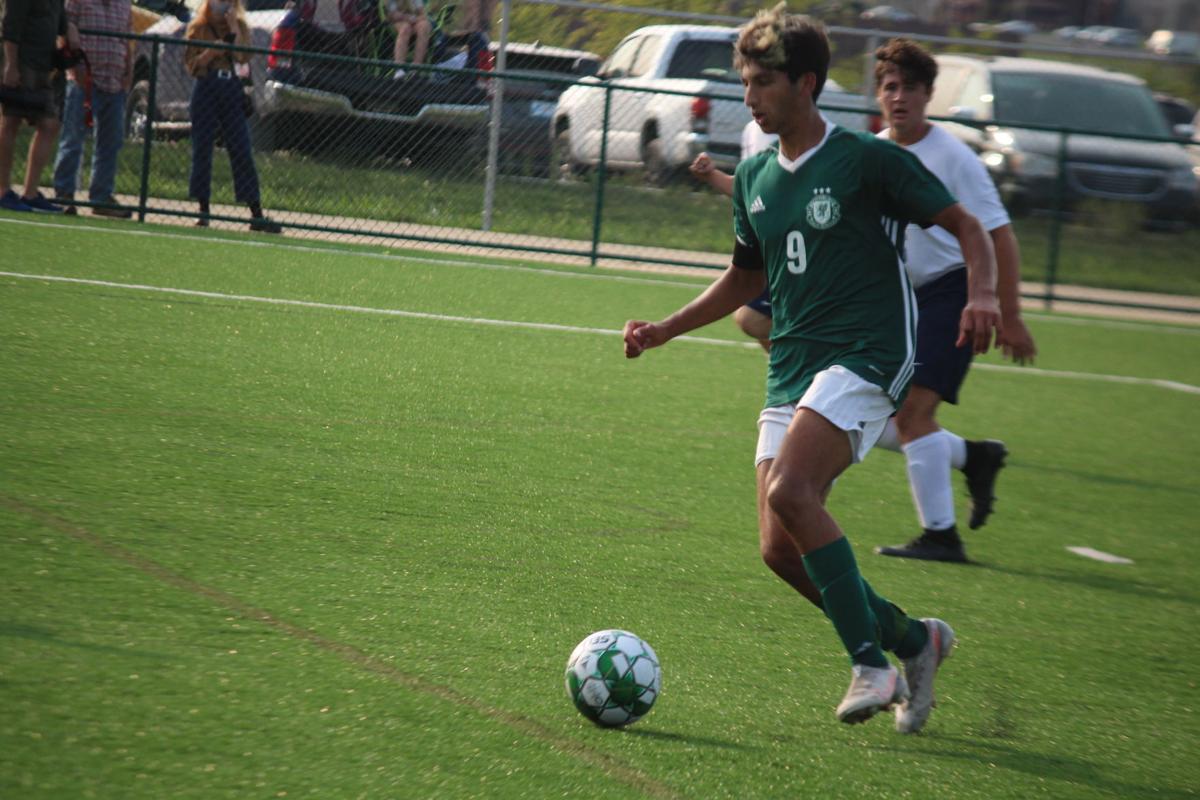 Lewisburg’s Anthony Bhangdia breaks away for a shot in the first half of Tuesday’s game against Shikellamy. Bhangdia recorded a hat trick in the 13-0 win. 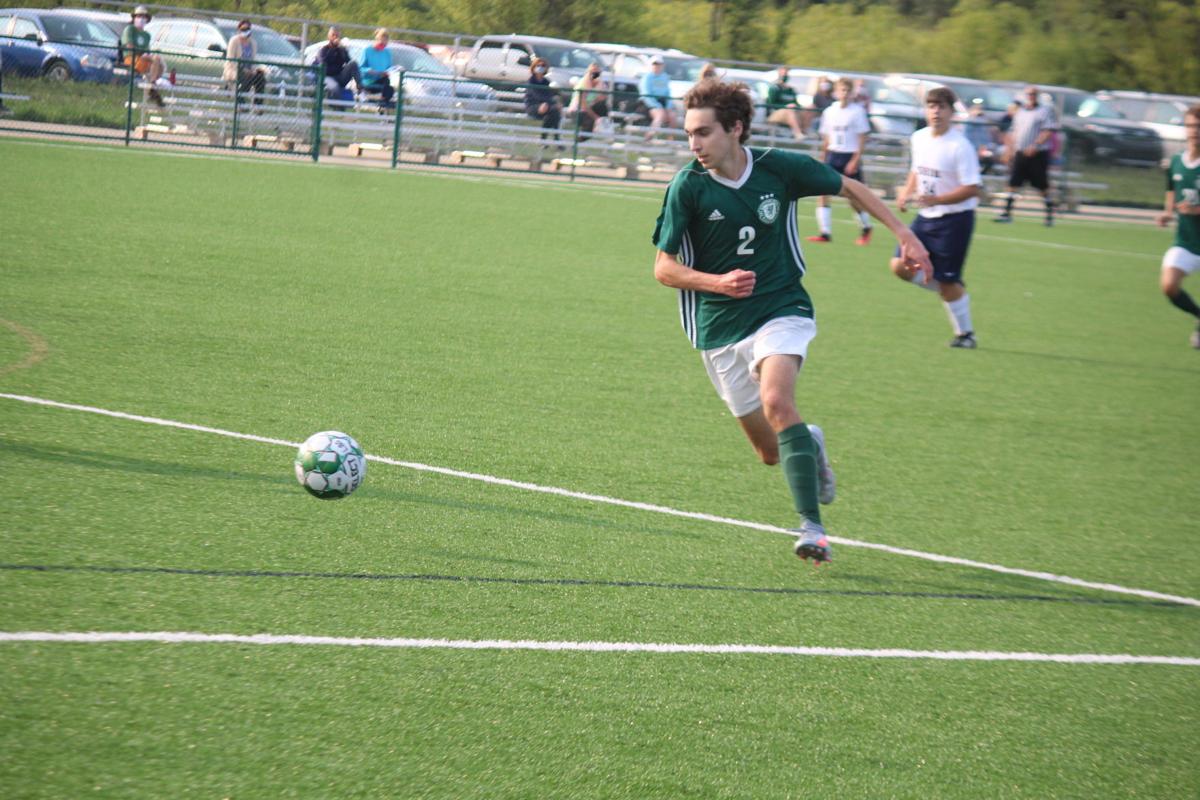 Lewisburg’s James Koconis breaks away for a goal attempt in the first half of Tuesday’s 13-0 win over Shikellamy.

Ben Liscum splits the defense of Shikellamhy’s Nick Koontz (left) and Fernando Nunez (right) to get to the goal during Tuesday’s game in Lewisburg. Liscum scored three times against the Braves.

Lewisburg’s Anthony Bhangdia breaks away for a shot in the first half of Tuesday’s game against Shikellamy. Bhangdia recorded a hat trick in the 13-0 win.

Lewisburg’s James Koconis breaks away for a goal attempt in the first half of Tuesday’s 13-0 win over Shikellamy.

LEWISBURG — After idling in neutral for the past few weeks, Lewisburg’s boys soccer team ran like a well-oiled machine in its first game of the season on Tuesday.

The Green Dragons wasted little time getting on the board against the Shikellamy Braves, and once they started the hosts just kept on scoring.

Behind hat tricks from both Ben Liscum and Anthony Bhangdia, Lewisburg tallied 10 goals in the first half en route to a 13-0 Heartland Athletic Conference Division I victory.

“We’ve been kind of wanting to play a game for a while, and it’s kind of good to get our first (game in) and get the first win out of the way,” said Lewisburg coach Ben Kettlewell.

Just 5:05 into the game Lewisburg (1-0 overall and HAC-I) found the back of the net as Liscum fired in a carom off an initial shot from Eli Adams.

Bhangdia then got his first goal just 2:26 later when he got a nice through ball from James Koconis before he drew Shikellamy goalkeeper Dylan Zechman out of the net. Once out, Bhangdia fired a strike into the lower-left corner of the net just past Zechman.

And then about four minutes after that Jack Dieffenderfer had a one-on-one situation with Zechman, but at the very last moment he passed the ball off to Liscum for an easy goal and a 3-0 lead.

“We kind of finished our opportunities and got on them,” said Kettlewell.

From there, the Green Dragons just kept on finishing.

In a span of eight minutes, Dieffenderfer sandwiched a pair of goals around another goal by Liscum to push the lead to 6-0.

Bhangdia then scored his second two goals late in the opening half to go along with a goal by Alfred Romano and one by Nick Passiniti to result in the 10-goal lead at the half.

And one good thing about a blowout win is that a lot of younger players often get a chance to play some quality minutes, and plenty of the Green Dragons’ underclassmen were able to get that opportunity in Tuesday’s game.

“During our one scrimmage there wasn’t a jayvee game, so I was able to get some of my younger guys in there and really give them a chance to see a game, so that was nice to see,” said Kettlewell. “They didn’t play as ninth and 10th graders. They kind of just played like soccer players and were able to get out there, work hard and show what they can do and they kind of took control of the game at times.”

That likely won’t happen in Lewisburg’s next game, as the Green Dragons face a talented Selinsgrove team on the road on Thursday at 7 p.m.

“Selinsgrove is (a stronger team). We had to win in overtime (against Selinsgrove) last year and they took it to us,” said Kettlewell. “They didn’t lose much and I think they’ll be loaded again, and so we just need to be ready for them.”

Lewisburg 13, Shikellamy 0at LewisburgFirst half