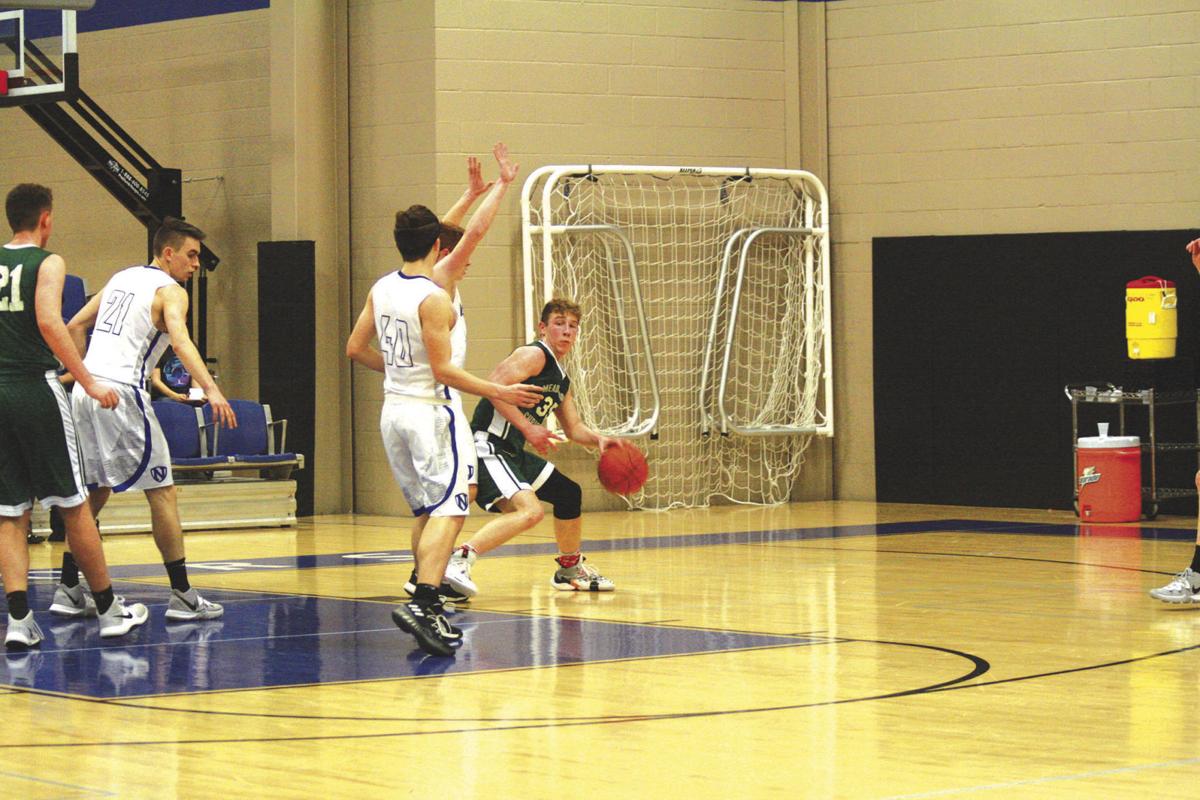 Meadowbrook’s Ashton Canelo works down low against the Norry defense in the third quarter of the Lions’ 78-45 loss Tuesday night. Canelo led the Lions with 18 points and also added three rebounds and three steals in the contest. 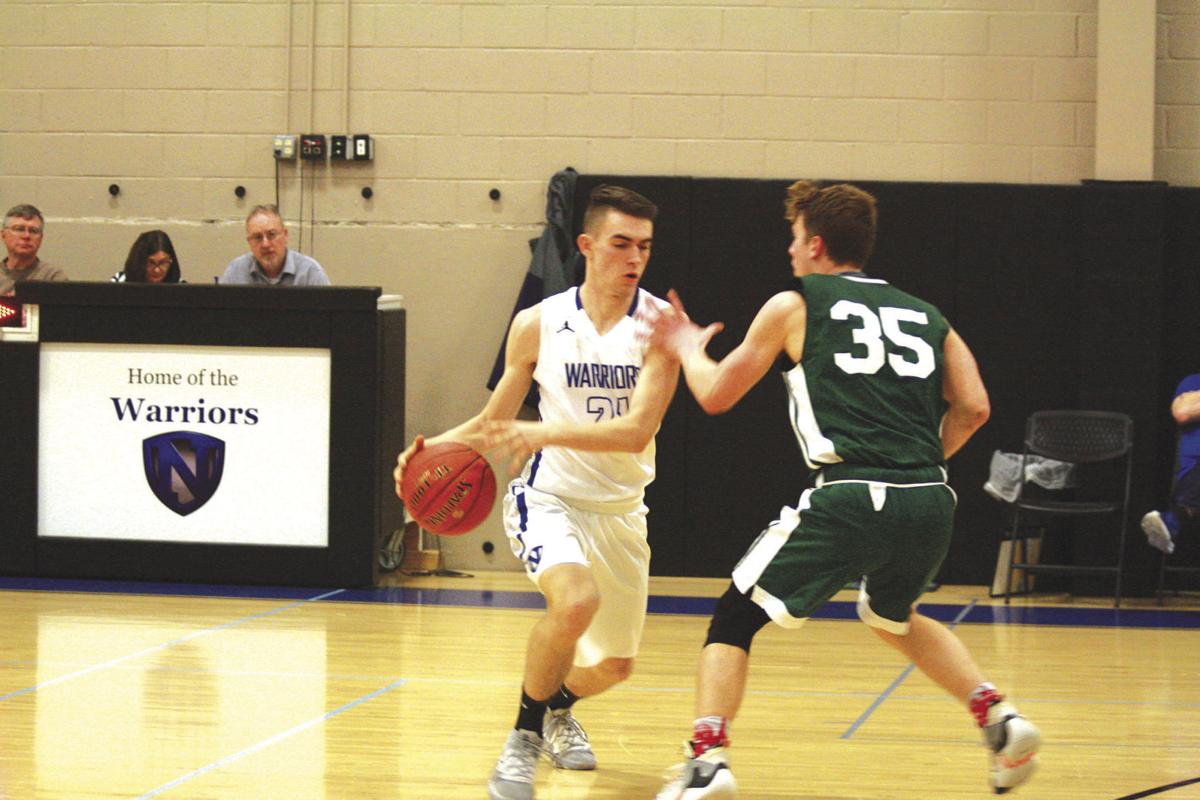 Northumberland Christian guard Aaron Knauss drives past Meadowbrook’s Ashton Canelo in the third quarter of the Warriors’ 78-45 win over the Lions Tuesday night. Knauss finished with a game-high 35 points and became the first boys basketball player in school history to eclipse 2,000 career points.

Meadowbrook’s Ashton Canelo works down low against the Norry defense in the third quarter of the Lions’ 78-45 loss Tuesday night. Canelo led the Lions with 18 points and also added three rebounds and three steals in the contest.

Northumberland Christian guard Aaron Knauss drives past Meadowbrook’s Ashton Canelo in the third quarter of the Warriors’ 78-45 win over the Lions Tuesday night. Knauss finished with a game-high 35 points and became the first boys basketball player in school history to eclipse 2,000 career points.

NORTHUMBERLAND — Aaron Knauss became the first boys basketball player in Northumberland Christian history to eclipse the 2,000-point plateau when he converted a reverse layup at 2:16 of the fourth quarter against visiting Meadowbrook Christian Tuesday night to send the crowd at the Max and Martha Bingaman Activity Center into a frenzy.

The milestone field goal might have been the most difficult of the evening for the senior guard and not just because of the skill required to convert a driving, baseline reverse lay-up in traffic.

On the previous three possessions, the Warriors fed Knauss the ball in hopes of getting him the record before the end of the game, but all three times he came away empty-handed. Finally, the 6-3 shooting guard got loose and converted the monumental bucket to give the home crowd a glimpse of history.

“The whole game, I was trying to make sure I was getting assists and keeping my team involved because it’s not a one-man sport and I kept trying to remember that as I was getting close (to the 2,000th point),” Knauss said. “At the end, I got a little excited. That last bucket was by far the hardest because they were playing really good defense. My teammates were really unselfish in helping me get that and I definitely appreciate them for that. I’m definitely relieved and really happy to get it (Tuesday night) because this is my last league home game.”

Knauss entered Tuesday’s Allegheny Christian Athletic Association contest against the rival Lions just 34 points short of the magical number of 2,000 for his career and Norry head coach Jeremiah Bennett praised his team’s leader after the game not only for his scoring prowess, but his work ethic and maturity over the past four years.

“I’ve been around a lot of basketball and Aaron has been an incredible talent every since I’ve met him, but it’s about more than just basketball,” Bennett said. “It’s about how he’s matured in the time that I’ve known him and the work that he’s put into this. Rewards come those who work hard in the game of basketball and he has worked incredibly hard. What people see is the 2,000 point bucket, but what they don’t see are all the hours he’s put in and the way he has matured and become a leader for our team. He’s really embraced that role.”

The Warriors took control of the game in the first quarter as they outscored the Lions, 25-4. Knauss had 10 points in the opening period and Norry was off to the races.

Meadowbrook never threatened in the contest — the Lions were down 42-15 at halftime — and the game quickly centered on Knauss’ quest for 2,000.

For Norry, Knauss finished just two assists shy of a triple-double as he added 15 rebounds and eight assists to go along with a game-high 35 points. David King scored 16 points, dished out six assists and recorded four steals while Jack Garvin dropped in 13 points. In all, nine Warriors found the scoresheet.

Meadowbrook Christian will finish its regular season schedule on the road as they take on Walnut Street Christian in an ACAA matchup at 7:30 p.m. Thursday.