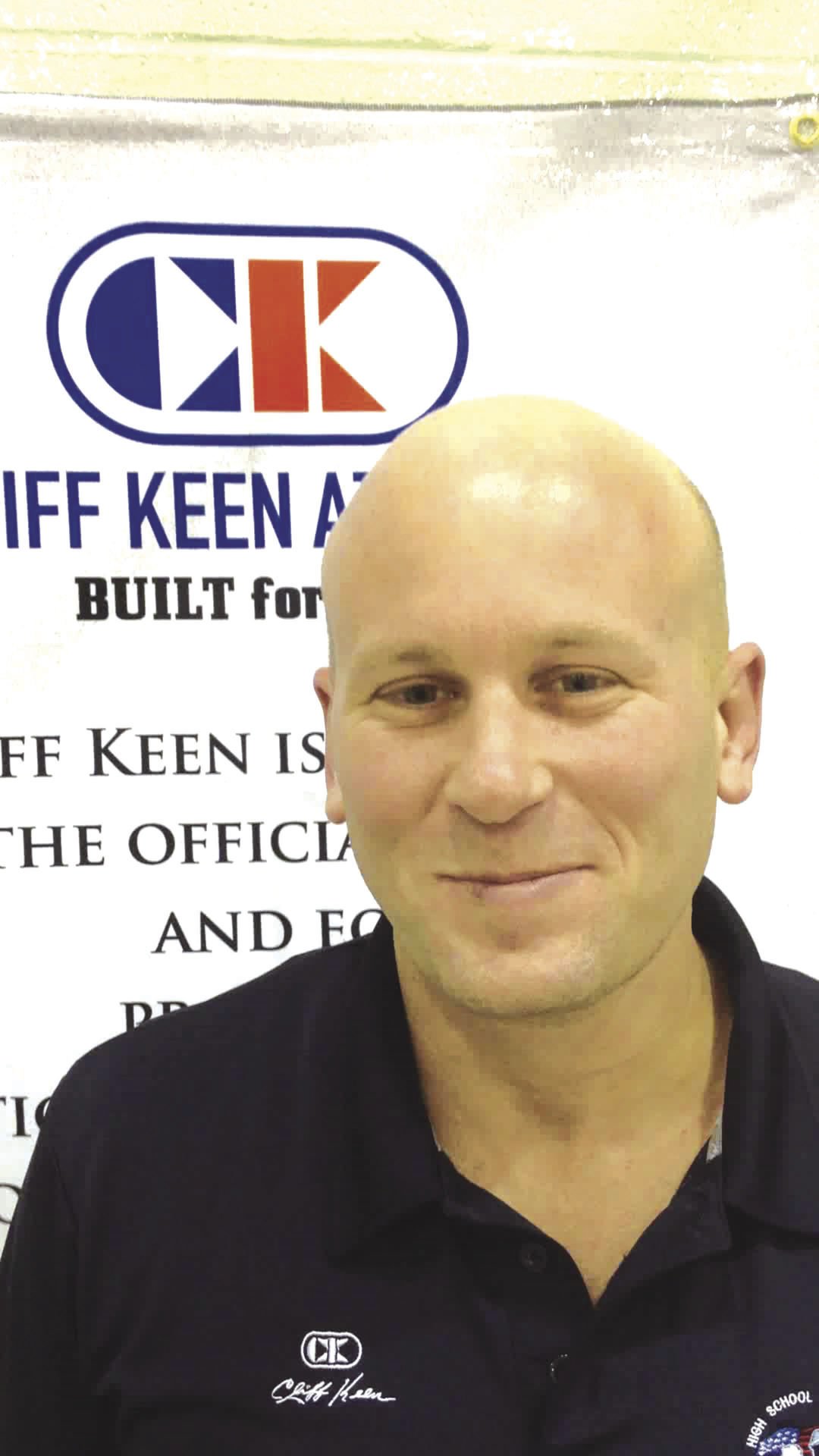 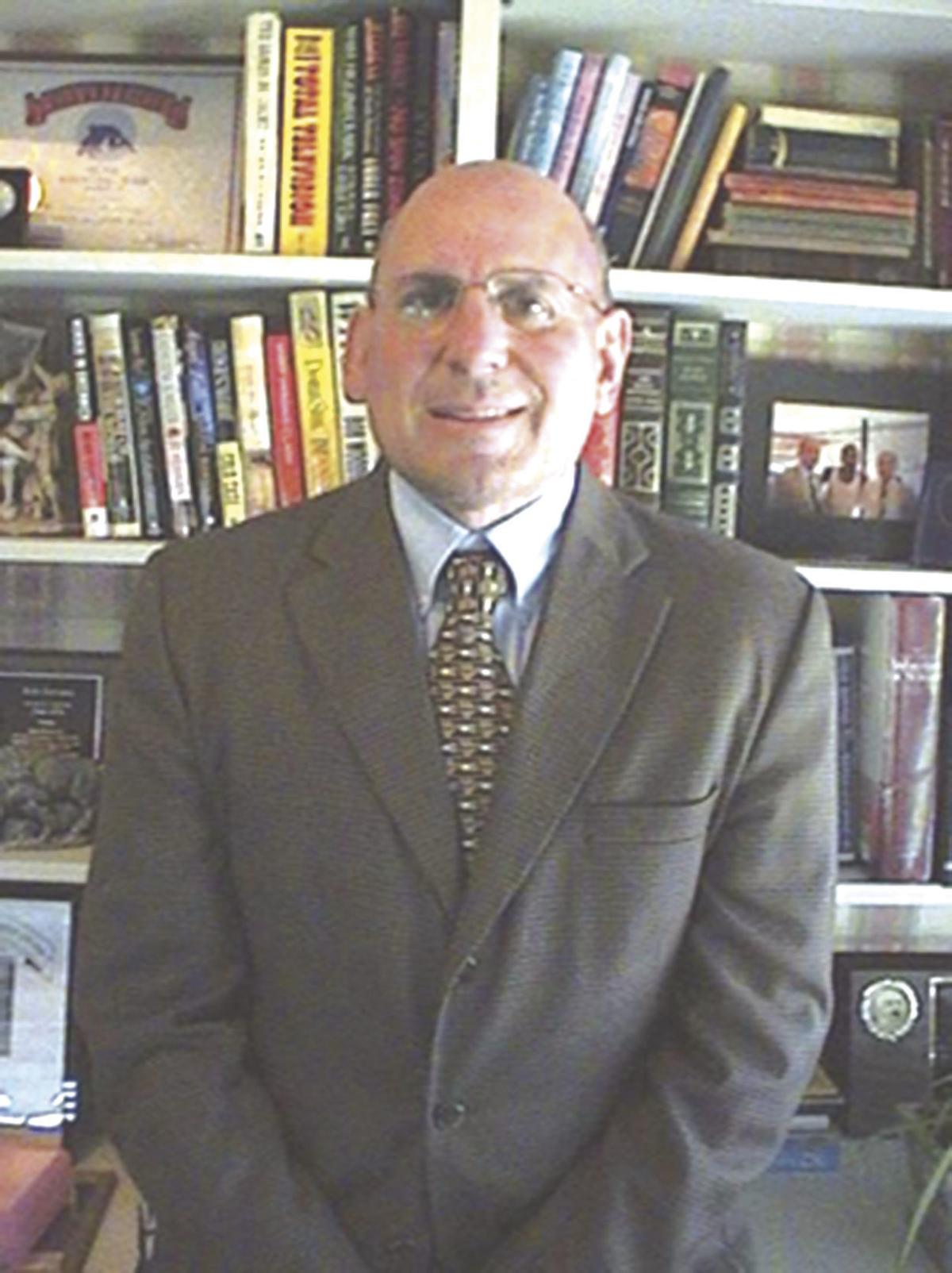 The Ferraros have proven that less can be more, especially when it comes to starting wrestling early and in regards to cutting weight.

The father-son duo, closely linked with Lewisburg and Bucknell wrestling, will be inducted into the Pennsylvania Wrestling Coaches Association Hall of Fame on May 17 in Boalsburg.

Former Bucknell coach Bob Ferraro, 71, and Bucknell wrestler Bobby, 48, have a long list of accomplishments. Not bad for a father who limited his son’s participation in the sport and who would not allow his son to cut weight.

Both, in different ways, were instrumental in the establishment of the first national wrestling tournament for senior high school wrestlers. In 30 years, the tournament has grown from 262 wrestlers to more than 4,700 in its latest form.

The induction is special to both.

Of the honor, Bob said, “Bobby and I are pretty much the same, we don’t look for the accolades or the extra things that happen. But when they happen they are nice and this is extra nice. We’re excited about it. We’re looking forward to it.”

Bobby echoes his father’s sentiment. “For me, it’s probably a little different. It’s really special. I don’t imagine it happens very often (when a father and son are inducted at the same time). With his contributions to the sport, his athletic career, his coaching career you would have thought he would have gone in earlier.

“For me it’s really special. He and I work together now. It’s special for me,” Bobby said.

The father, who lives in Easton, and son, who lives in the Harrisburg area, are the leaders of the National High School Coaches Association, a nonprofit based in Easton which was founded in Lewisburg as an outshoot of the first tournament held at the University of Pittsburgh.

No guaranteeThe first tournament had no guarantee of success. Bob said he wanted to find Bobby a tournament to prepare him for college. There was none.

“There was no nationals for high school wrestlers to get ready for college. I went to all the organizations, USA Wrestling, the coaches association and nobody wanted to do it,” Bob said.

He took some money from the BU wrestling fund, with the permission of the Bison AD, and got the ball rolling. Ferraro said the rules to enter were that the wrestler had to win a state championship during his school years. “When we left Lewisburg we only had 55 wrestlers. Thank God wrestlers could register there. We would have eight mats and if no one shows up we would have seven warm-up mats and one competition mat,” Bob said.

Eventually, 262 wrestlers, from 39 states, signed up and the first event even made some money to pay the volunteers. Bob said, “We had all volunteers, including five officials who had done the NCAA the week before. This tells you we have a lot of good people in our sport and they do things for the right reason.”

The power halfOne can’t mention the Ferraros without mentioning a hold called the power half.

Bob, an Indiana State graduate, is widely known as the inventor of the power half (nelson), used by his son to help his way to two state championships. It’s now a common hold in amateur wrestling.

Bob describes how the hold came about. “When I wrestled in college I was committed to high goals. We used to come early to practice. I used to close my eyes and envision different things. The way the power half came was through being creative. You could feel your balance and the other guy’s balance.

“I coined the name power half after I got a call from the NWCA and they were going to put it in the rule book.” Ferraro knows the hold is a punishing hold. That’s OK, he said, wrestling’s a tough sport.

Of his father’s skills and the power half, Bobby says, “He made up stuff. He wrestled a lot. Wrestling was his life for a long time. He just made up his own technique. I was lucky to be the benefactor for a lot of that. In truth, it was my competitive advantage in high school. I had tricks that other people didn’t have.”

Rules for his sonYoung Bobby didn’t get into the sport at the urging of his father. In fact, in some ways, the father held his son back somewhat. Sure, Bobby went with Bob to his practices at Bucknell and tagged along to the various camps Bob instructed at during the summer. “I wanted him to learn the fundamentals but not in competition,” Bob said.

Bobby remembers the restrictions, “I used to go to wrestling camp every year probably starting in first grade or even kindergarten. My dad started an elementary program at Bucknell and the main reason, as far as I know, was that he didn’t want me to compete.

“Lewisburg had a program but they were competing against other schools and he didn’t want that for me. He believed that you should learn it first and not get drawn into the competition right away,” Bobby said.

“He would still get me good workouts. I can remember when I was maybe third or fourth grade and Mr. Best (Williamsport High coach Tom Best) bringing his son Tommy to work out with me. He was whipping me.”

Bobby remembers he was allowed one tournament a year.

Bob said, “I told him that he couldn’t lose any weight and you can’t wrestle after the season. That was the deal. He had very few matches. He was real natural.

“One year that tournament was the Keystone Games tournament. When we got there we looked and there were five kids in the weight class. The next weight up had seven kids. Next was the weight with 11 entrants. ‘That’s your weight class,’ I told him. In the final he wrestled this kid and beat him 9-2. He fit right into Bobby’s style. That kid was Ray Brinzer from North Allegheny.”

Bobby remembers the bout well. “I wanted to pin everyone and I was disappointed. He finished third (for Iowa) my last year when I was seventh,” the younger Ferraro said.

Loss at statesIn 1989, Bobby was in Hershey going for his second consecutive state title. And Bob was in Oklahoma about to have his first All-American in Tom Marchetti, an Easton graduate.

But then Bob found out that Bobby had lost in the PIAA quarterfinals to Jim Severn of Saucon Valley.

Bob then talked on the phone to Bobby about the loss and told him that “the kid that beat you just won the biggest match of his life. He’s going to lose and you’ll meet him for third.”

Ferraro took the first flight out to see the third-fourth match, which Bobby won, beating Severn.

“I asked his father, I was going to do it anyway, if I could leave.

High school daysBobby said he came into his high school career with maybe 35 or so matches.

“I lost in the first round of sectionals that year and my next match would have been Jerry Marks (two-time state champion and present coach at Southern Columbia) so I wasn’t going anywhere. I was a little scared of him.”

In his sophomore year, Ferraro caught a break as the third-place finisher in sectionals and advanced to districts. It was the first year that happened. Bobby had lost in the semis to Corey Keim from Line Mountain.

He moved on to districts and he then beat Keim in districts. “In sectionals they stopped the match and I had the power half and he kept getting injured or hurt. They kept stopping it. It was a great learning thing because I learned how powerful your mind was.

“I developed a chip on my shoulder and I had one. I carried it through states. I didn’t ever want to have that feeling again where I kind of left something on the mat.”

“I got so much better wrestling with those guys every day. In my mind they were Division I All-Americans. They were so good and I was getting them in their prime.

“I learned to be a fighter because they were physical. When I look back on my high school career, it is the practices that I remember.”

“We could have beaten Middleburg that year but the guy we wanted to just weigh in at 98 to get a forfeit didn’t show up or didn’t make weight.

“Our matches lasted about 45 minutes, we had four forfeits and we had two guys who never got a full match in. We had a blast, we worked hard.

“I have a lot of good memories. I loved going to practice. It was fun.”