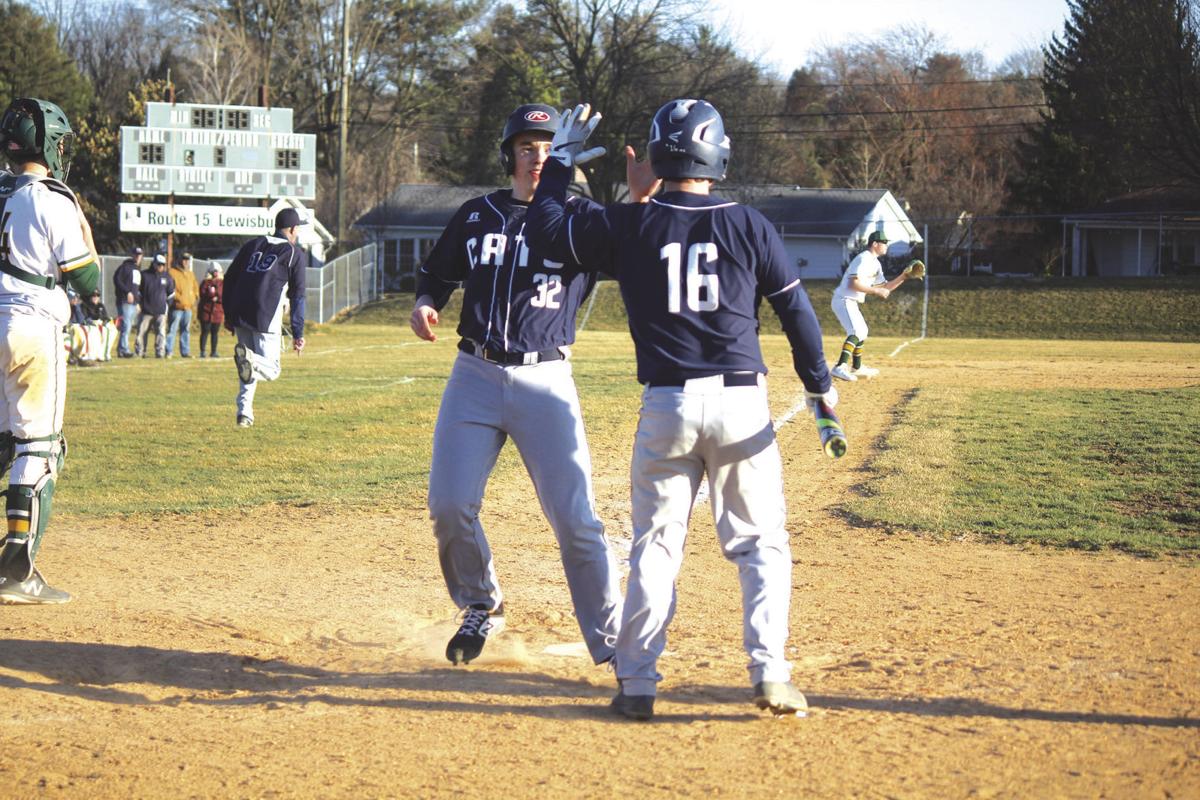 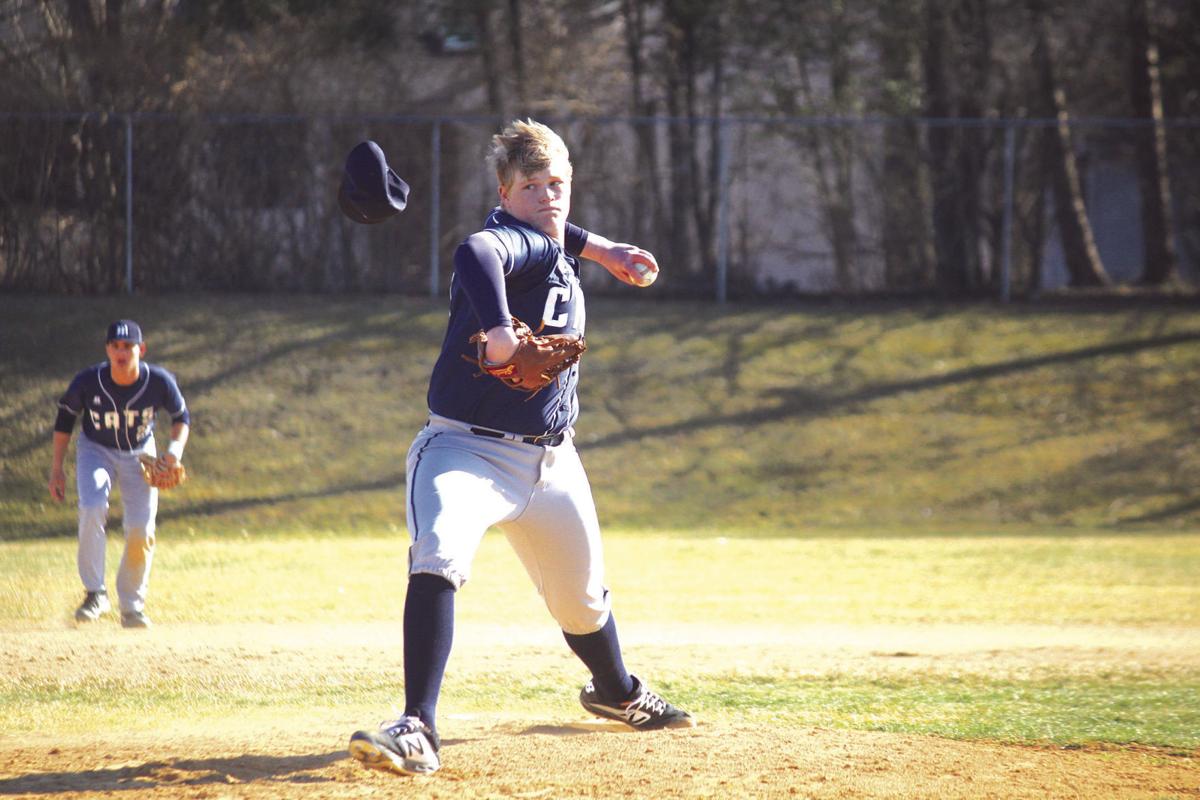 Mifflinburg’s Cade Dressler throws a pitch in a game last season. The hard-throwing lefty will be a key member of the Wildcats’ rotation in 2020.

Mifflinburg’s Cade Dressler throws a pitch in a game last season. The hard-throwing lefty will be a key member of the Wildcats’ rotation in 2020.

MIFFLINBURG — Though the Mifflinburg varsity baseball team posted a 14-6 overall record and advanced to the District 4 Class 4A semifinals, the Wildcats came up short of expectations in 2019.

Mifflinburg finished second behind division champion Montoursville in the Heartland II last year and achieved a first-round bye for the District 4 Class 4A playoffs, but the Wildcats lost a 6-1 decision to eventual district runner-up Danville in the semis.

In 2020, head coach Tom Church will be looking to his three seniors — Ethan Hoy, Brady Koonsman and Gavin Enders — as well as a big junior class to advance past last year’s playoff exit once the season hopefully gets underway.

“We’ve seen a lot of improvement even though we’re really young this year,” Church said. “We’re going to be young all over the place, but it’s a different group of kids than the one I had last year. I’m not sure what the deal is with this group, but they’re really into it and they’re really working hard. I think they know that they have a lot to prove because of the amount of kids we lost last year.”

The Wildcats lost 10 seniors from last year’s playoff squad, but Church will be counting on Hoy, Koonsman and Enders to guide the transition between last year’s squad, which was heavy with upperclassmen and this year’s team which boasts seven juniors and three sophomores who will see significant playing time.

“These kids really know that they have to work hard to get to where they want to me,” Church said. “Cade Dressler has really been taking guys under his win and showing them all the right things to do on the mound. He’s a real leader in the dugout when he’s not playing and he’s certainly a leader when he’s on the field. Gavin Enders does the same thing in the outfield. He’s a senior and he’s working with all of the younger kids, pulling them aside and showing them how to do things the right way. That’s our main thing this year, we want to be a team and not just a group of individuals.”

Dressler, a 6-1, 235-pound lefty, is the Wildcats’ No. 1 starter and led the team with a 7-3 record and a 1.96 ERA in 2019. Dressler also led the team’s pitching staff with 61 strikeouts in 57 innings pitched against just 15 walks and has verbally committed to continuing his baseball career at Virginia Commonwealth University following his graduation in 2021.

“Cade was my No. 1 last year and he’ll be my No. 1 this year and he’s already verbally committed to VCU as a junior,” Church said. “They really liked him after his sophomore year and I told him that he didn’t have to worry for the next two years, he could just go out and throw and have fun. They loved him. He wants to be an engineering major and they have a great program down there. They really like him and he really likes the school so he’s off and running.”

Enders is the team’s top returning hitter as he tied for the team lead in hits a year ago with 25 and also posted a .367 batting average in 70 at-bats. Enders also scored a team-high 24 runs for the Wildcats in 2019.

Still, plenty of offense will need to come from elsewhere in 2020 and Church knows that his team will need to learn on the field if and when the season gets started.

“They were raring to go before everything got cancelled,” Church said. “It’s going to be really difficult when we go back because you’re going to go right into playing games and you won’t have any practice time before the games start. Everybody’s going to be in the same boat, but that’s going to be tough on the kids.”

Despite the unprecedented stoppage of all sports due to the ongoing COVID-19 outbreak which has spread around the globe, Church believes that he is in charge of a team which is more than capable of making the playoffs again this season, should competition resume.

“In the future, I don’t see why we can’t make the playoffs if we do end up playing,” Church said. “I just think the kids are good and they’ve shown already how hard they’re willing to work in order to get there.”

CRI 4-4-20
We Are In This Together State
MBTC 4-4-20
Norm Buck 4-4-19
PA Census 3-28-20
SHAW FUNERAL HOME INC. MILTON’S ONLY
Steins
St Pauls 4-4-20
Got Termites? Earth Safe Treatment •
We Cater To All Of Your Wedding Events!
441 N. 10th St. Lewisburg, PA (Behind
WE ARE OPEN MON.-FRI. 9AM-6PM SAT.
Diamond Engagement Rings Wedding and
Forever Yours Timeless style in jewelry
WE’RE OPEN! Call In Orders for
Hans Cedardale 3-5-20
We Are Here To Serve You! Call Us
ATTORNEY MICHAEL D. SUDERS “Your
Affordable Housing for Northumberland
ASPHALT PAVING & EXCAVATING Think
IF A HELPER COULD BE JUST WHAT YOU
SHAW FUNERAL HOME INC. MILTON’S ONLY
TAX TIME IS HERE! MAKE YOUR APPOINTMENT
You Are A Winner... with one of our