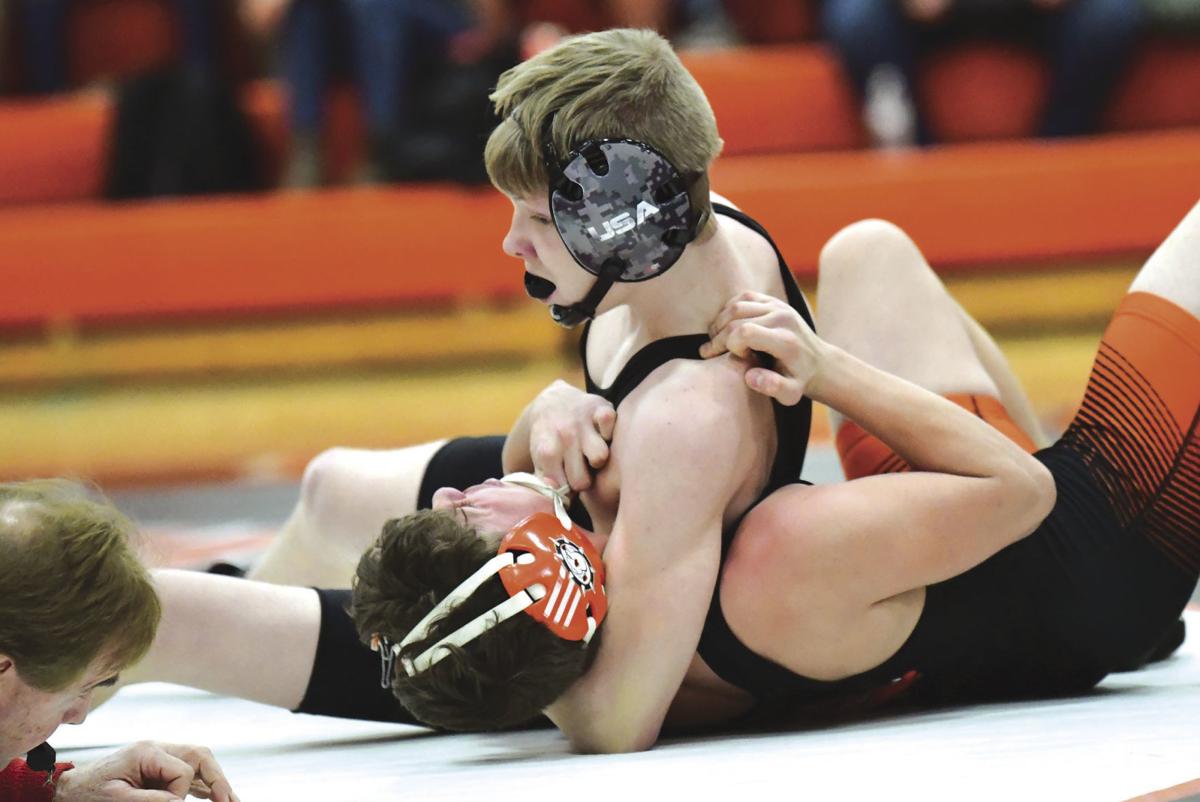 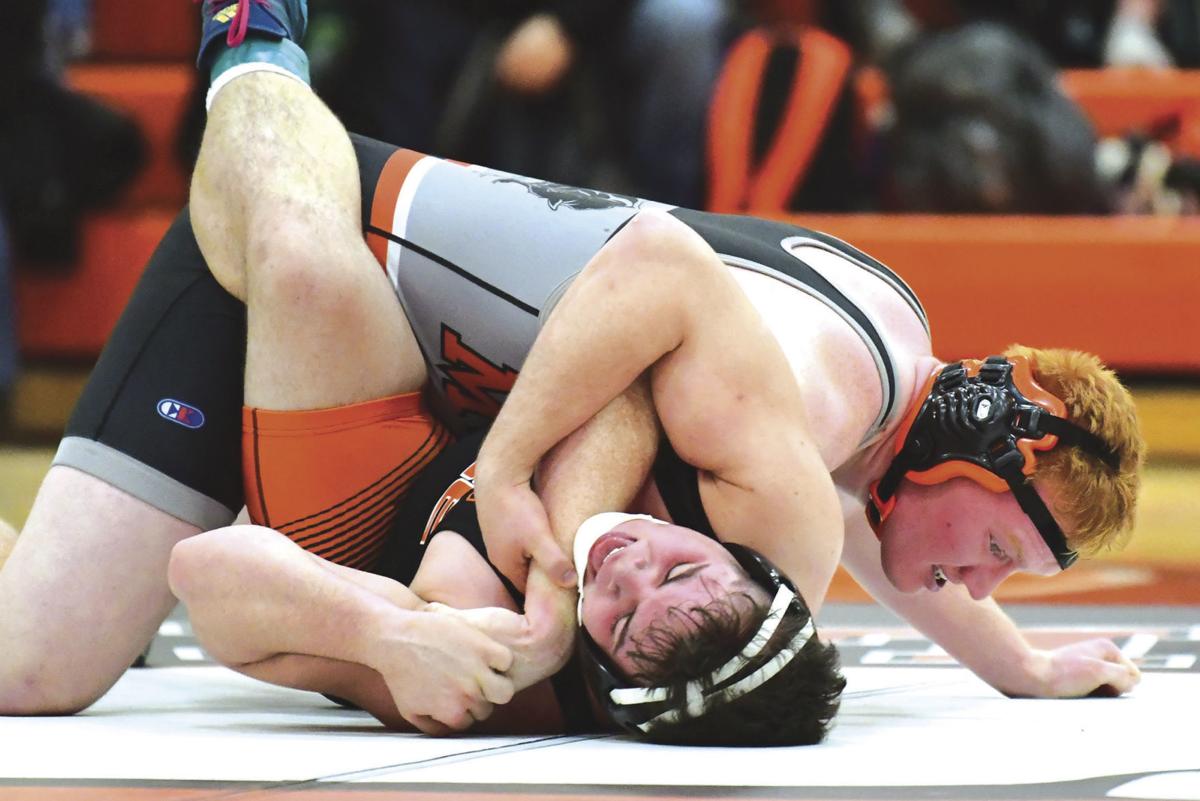 JERSEY SHORE — Jaden Wagner missed his entire sophomore season thanks to a broken wrist he suffered in an early practice. Now he’s trying to make up for the lost time.

Finally settled into Milton’s lineup at his best weight, Wagner jump started the Black Panthers Heartland Athletic Conference-I showdown with traditional rival Jersey Shore when he headlocked Aiden Keisner early in their 132-pound bout and earned a fall in 1:51.

Milton followed up with a dominating four-pin effort in the upper weights to grab a 45-26 victory over the Bulldogs Thursday night. The Black Panthers will carry a modest four-match win streak into Saturday’s Line Mountain Duals where they will face Pocono Mountain West, Tamaqua, Hanover, Wyalusing, and Peqeua Valley.

Wagner started the season wiggling his way into the lineup anywhere he could claim a spot, getting matches at 145 and 152. But when the two-pound growth allowance came in late December it meant a handful of Black Panthers could drop a weight class.

The shift benefited Wagner and the entire Milton squad. Wagner picked up his first two wins of the season at the SoCo Scuffle last weekend with a 36-second fall and an 8-4 decision. He added to that momentum when he headlocked Keisner early and then adjusted and tightened the hold several times before getting the pin with nine seconds left in the first period.

“Unfortunately Jaden broke his wrist last season so he missed pretty much the whole season,” said Milton coach Josh Anspach after his team improved to 5-5 and 2-0 in the league. “He’s got his weight under control and found a place in the lineup. He knows how to wrestle. It is a matter of getting some mat time. Right now he is working out some rust. He can wrestle and hit moves on both sides of the body. He gave us a great start to the match.”

Kyler Crawford added to the Wagner’s quick start when he followed with a 14-2 major decision over Cade Vuocolo at 138, converting five takedowns in the bout for his 14th win of the season.

Jersey Shore (4-10, 1-2 HAC-I) battled back with three straight wins to take a 15-10 lead but Aven Ayala ignited the strong showing in the upper weights when he used a wicked headlock to pin Dalton Dugan 18 seconds into the second period at 170.

Shore’s Ryan Kersher out-battled Luke Roup, 9-3, in a competitive bout at 182 to give the lead back to the Bulldogs. But Milton got three consecutive falls from 195 through 285. Sophomore Nathan Rauch earned his seventh fall and 10th victory when he pinned Colby McKibben in 3:03 and then senior Brent Mitch also added win No. 10 when he stuck Lee Springman for a third period fall. Senior Nevin Rauch then improved to 18-2 this season with a quick 49-second fall over Seth Webb at 285.

The Black Panthers grabbed forfeits at 106 and 113 before dropping the final two bouts.

“We told out guys that Jersey Shore is always physical and in-your-face, they are always ready to go,” Anspach said. “Everybody needed to be ready to wrestle and I think we were. Chase Hoffman wrestled well (in a loss at 145) and Roup wrestled a great match against a seasoned kid who is tough. We preach gabut giving yourself a chance to win in the third period and we did that in a lot of our matches tonight.”

Anspach said his team has improved its chances for success by getting everyone at the right weight.

Note: Milton was deducted 1 team point for unsportsmanlike behavior on the bench during the 153-pound bout.