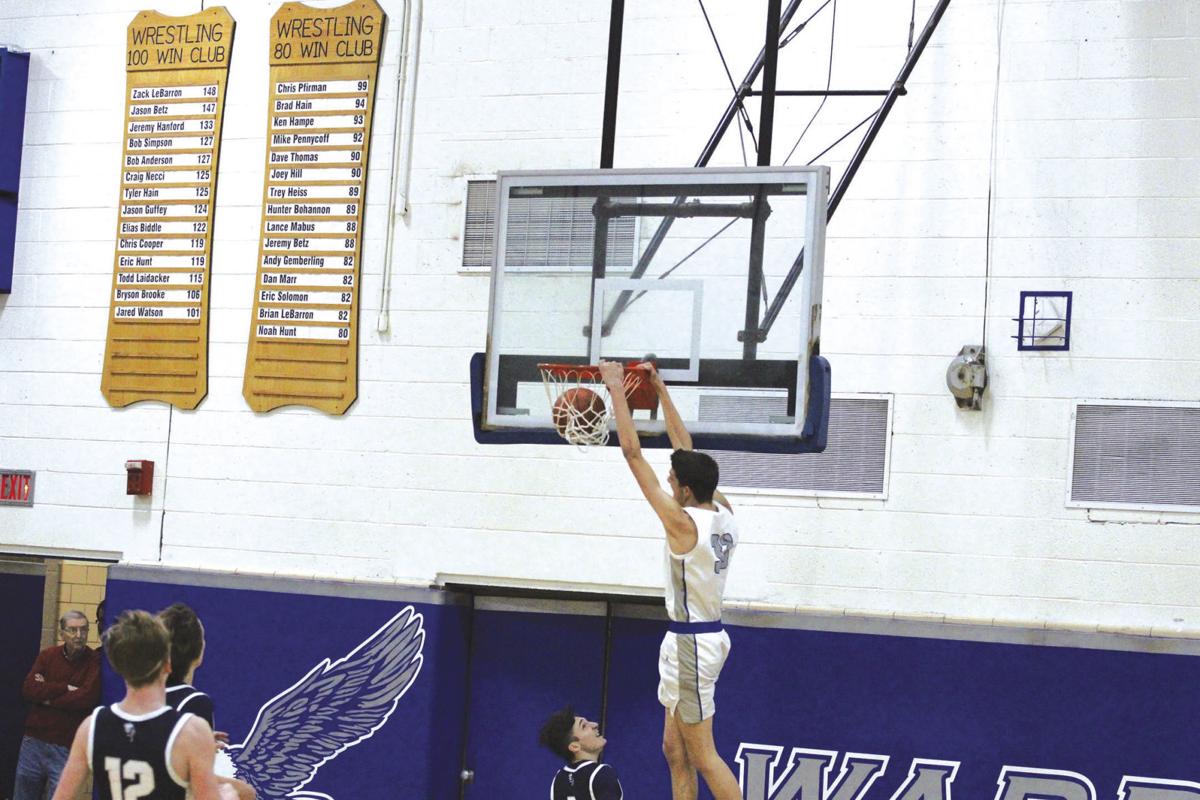 Warrior Run senior forward Kade Anzulavich finishes off a two-handed slam dunk in the first quarter of the Defenders’ 63-43 win over Muncy Thursday night. Anzulavich finished with 12 points, three assists and two rebounds in the contest. 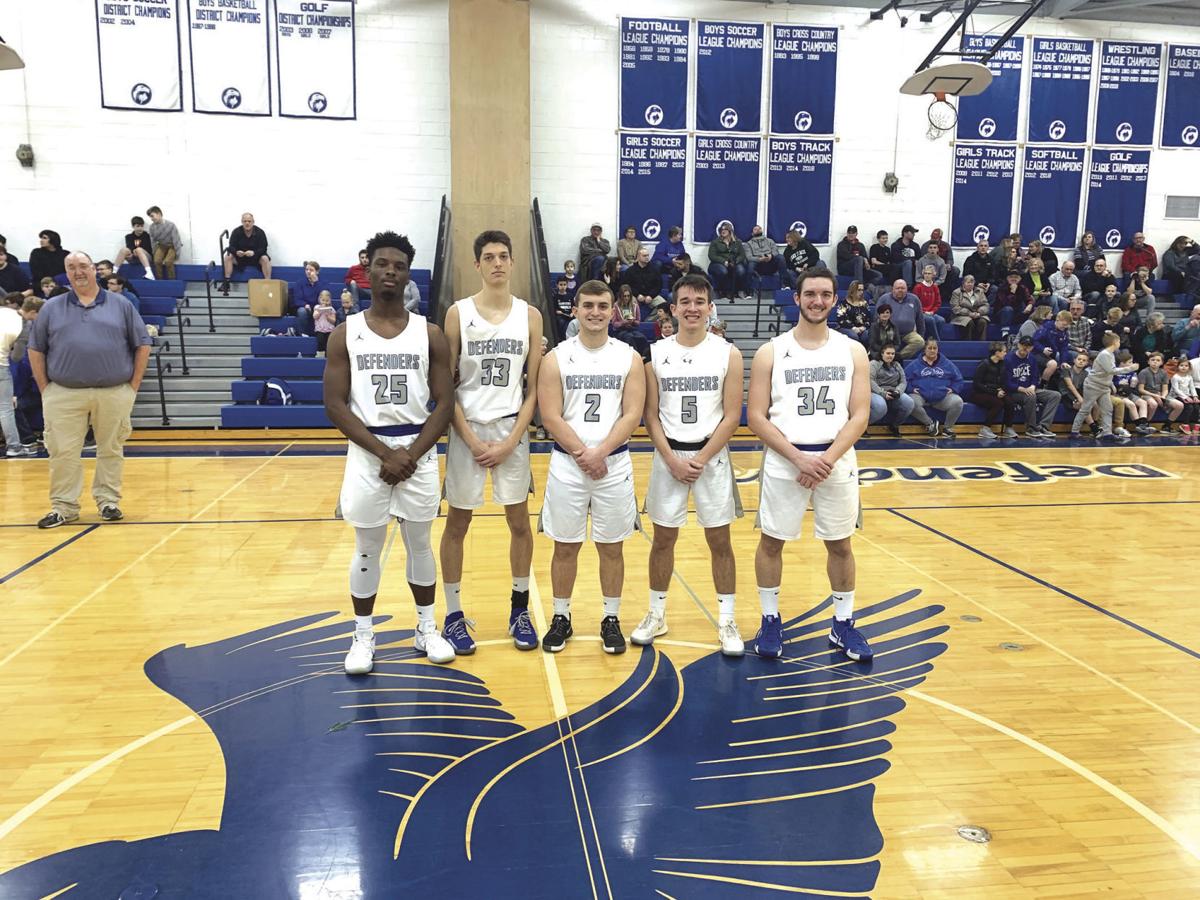 Warrior Run senior forward Kade Anzulavich finishes off a two-handed slam dunk in the first quarter of the Defenders’ 63-43 win over Muncy Thursday night. Anzulavich finished with 12 points, three assists and two rebounds in the contest.

TURBOTVILLE — The Warrior Run boys varsity basketball team put an emphatic cap on a strong second half of the regular season with a dominant, 63-43 win over Muncy on Thursday night.

It was Senior Night for the Defenders and fittingly, Warrior Run (13-9) was led by its five upperclassmen on this night just as they have been throughout the 2019-20 campaign.

“Happy for the kids, happy for Denver tonight and Kade who hit some shots early for us tonight,” Warrior Run head coach Eric Wertman said. “I wasn’t really pleased with the defensive effort in the first half, but I think we played much better in the second half. It’s a nice way to finish (the regular season) and give us some momentum heading into the playoffs.”

The Defenders opened the contest with a furious pace and Beachel knocked down a three on Warrior Run’s first possession to give the home team a lead which it never relinquished. Anzulavich threw down a thunderous two-handed breakaway slam dunk later in the quarter which ignited the student section and gave his team a burst of momentum which it carried to a 23-11 lead at the end of the period. Beachel scored nine points in the first quarter — all on 3-pointers — and Anzulavich added eight.

“Something we talk a lot about is toughness and being mentally tough and I think tonight we showed that and jumped on (Muncy) a little bit before halftime,” Wertman said. “Then we made a couple of adjustments on defense and came out and played well in the second half.”

The Defenders stretched the lead to 16 points by the end of the third quarter, thanks again to the long ball. In the period, Beachel knocked down his fifth triple of the game and Anzulavich and Keyes both hit from distance to lift the Defenders to a 48-32 advantage at the end of the frame.

Warrior Run once again used size to its advantage as the Defenders controlled the glass and out-rebounded the Indians, 30-21. The combo of Keyes (6-3), Anzulavich (6-5) and Hartman (6-5) again pounded the boards and forced Muncy into several altered shot attempts over the course of the evening.

“It’s something we work on every day in practice, closing people out (defensively) and rebounding,” Wertman said. “I thought we actually did a poor job of it in the first half and did better in the second half and it’s something we’ll be working hard on next week in practice.”

With the victory, which was Warrior Run’s ninth in its past 12 games, the Defenders locked up the No. 6 seed in the District 4 Class 3A playoffs and will travel to No. 3 Mount Carmel next week for a quarterfinal round matchup with the Red Tornadoes.

The 13 regular season victories are the most for the program since 2004 and Wertman commented after the game how much his team believes that they still have a long way to go before the final chapter of this season is written. in fact, Warrior Run’s head coach noted before the season that his team set a goal of winning a District 4 championship and as the playoffs approach, that goal remains unchanged.

“Every guy in that locker room believes we can do it and we as a coaching staff believe we can do it,” Wertman said. “We think we’re coming together at the right time. We went 9-3 down the stretch. We have a lot of work to do in the next week, but we’ll do our work as a team. I believe we’re going to shock some people.”