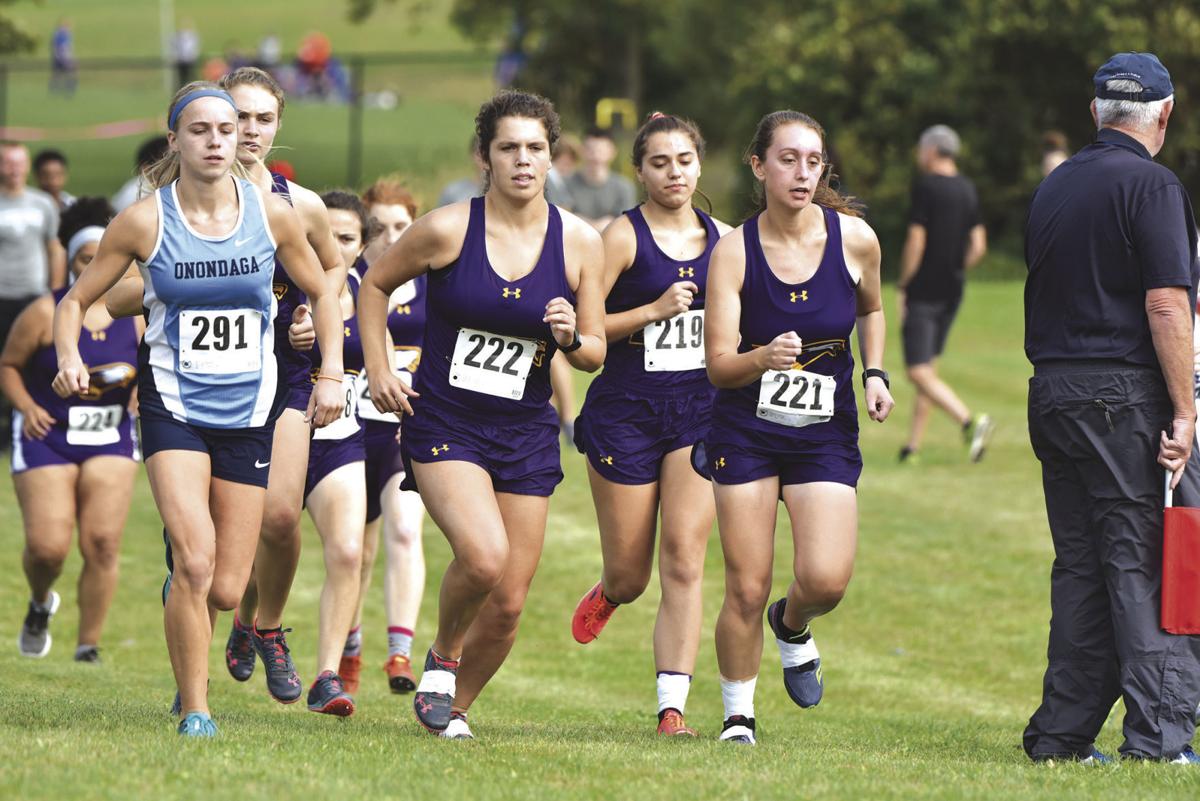 Elmira College cross country runner Claire Preisch (222) was named to the E8 Sportswoman of the Year team following a standout junior season for the Soaring Eagles. 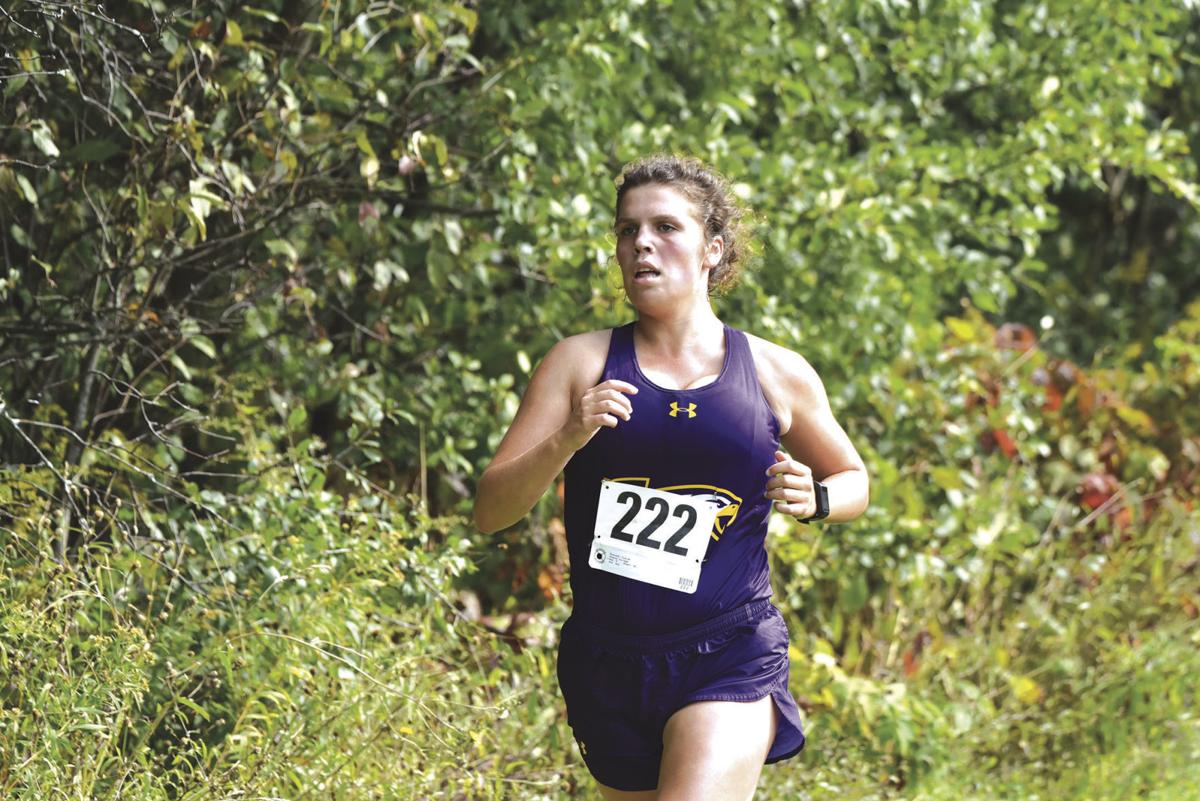 Claire Preisch, a junior at Elmira College and a graduate of Milton Area High School, helped the Soaring Eagles to a third place finish at the Cross Country Only Conference Championships. The placement was the highest in school history at the event. 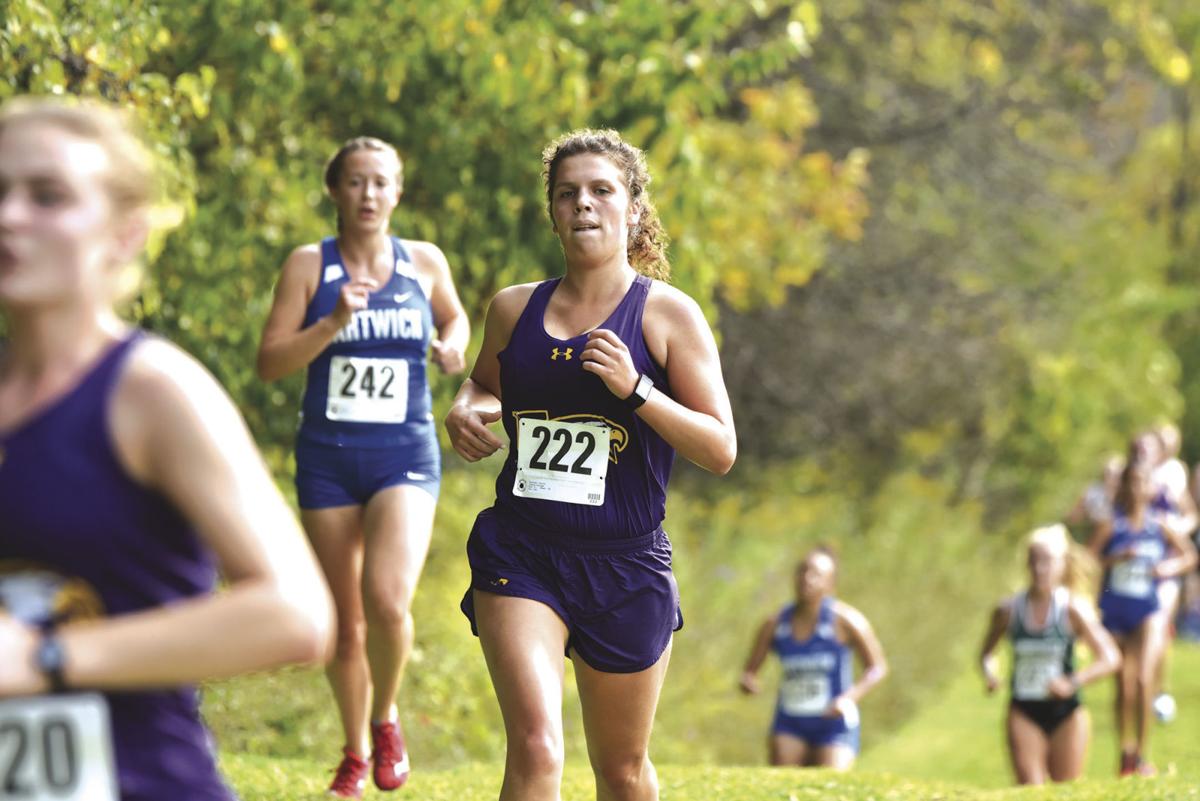 Elmira College cross country runner Claire Preisch (222) was named to the E8 Sportswoman of the Year team following a standout junior season for the Soaring Eagles.

Claire Preisch, a junior at Elmira College and a graduate of Milton Area High School, helped the Soaring Eagles to a third place finish at the Cross Country Only Conference Championships. The placement was the highest in school history at the event.

MILTON — On Tuesday, Elmira College junior cross country runner and Milton Area High School graduate Claire Preisch was recognized by the Empire 8 Conference by being named to the E8 Sportswoman of the Year team.

According to the conference, the award is given to athletes who “compete with honor and integrity,” which the conference emphasizes as an essential component of a student-athlete’s experience in conjunction with an institution’s educational mission.

For Preisch, a captain this season for the Soaring Eagles, competing with honor and integrity is nothing new. Following her senior season at Milton, Preisch was recognized by the PIAA with the District 4 Female Sportsmanship Award.

“I was actually really surprised and felt that it was a real honor to be a part of (the E8 Sportswoman of the Year team) and to receive such a recognition,” Preisch said. “I just always wanted to do well and compete to the best of my ability and do whatever I could to help the team. Although you’re running individually, (cross country) is a team sport and it all comes together as a team. I just had the mindset that everyone else is doing it and putting in their work, so I had to put in my work, too.”

In 2019, Preisch had her strongest collegiate season to date and was an integral component on a team which finished third in the Cross Country Only Conference (CCOC) Championships which were held in Lake Geneva, N.Y. on Oct. 19. The conference championship meet was founded by former William Smith Head Cross Country Coach Jack Warner in 2005 for schools that sponsor cross country, but not track and field.

At the CCOC, Preisch ran a very strong 6k and finished the event in 28:03.6, which helped lead Elmira to third place, its highest finish at the annual event in program history. The showing at the CCOC put a cap on a solid season for Preisch, who was instrumental in helping the Soaring Eagles to secure five consecutive top-four finishes. One of Preisch’s best performances came at the 6K Lancaster Bible College Charger Invitational, where she turned in a time of 27:13.9 and finished sixth overall while helping the team to a runner-up showing.

“I think it’s really going to help us next year that we were so successful this year,” Preisch said. “I’m definitely excited to see where next year brings.”

The success that both Preisch and the Soaring Eagles have had this season has gone hand-in-hand with her being named a captain, something that the former Black Panthers’ standout takes very seriously.

“It was great to be a captain and just having people kind of look up to it,” Preisch said. “I always try to be a good role model and set good standards and kind of show them that this is how it is and this is how it’s going to be and just be positive throughout the whole process. I had great coaches in high school and it just kind of carried over to college and they are all very much into fostering that positive attitude. I think that belief and positive atmosphere really helps when you’re around the team.”

Following a stellar high school career during which she lettered in both cross country and track and field, Preisch was sold on Elmira College the very first time she visited the campus. The school, which is a private liberal arts university just over the New York state line, is among the oldest colleges still in existence which granted degrees to women that were the equivalent of those given to men. For Preisch, a nursing major, the school was a natural fit for a number of reasons.

“I found out (about Elmira College) through kind of figuring out what I wanted to do and what colleges were nearby because I knew I wanted to kind of stay close to home,” Preisch said. “I fell in love with the campus the first time I stepped foot on it. I loved how small it was, the atmosphere of it and how nice and genuine everyone was and how welcoming everyone is. It just felt like home.”

Feeling comfortable in her environment has given Preisch the opportunity to grow not only as a person, but also as a runner. Over the past three seasons, Preisch has improved her times, taken on a leadership role within the team and has lifted the Soaring Eagles to unprecedented success.

“I feel like over time you just grow and you learn how you are as a runner,” Preisch said. “Being in bigger meets, competing in bigger championships, it just helps you to grow. The biggest thing that I learned in high school was to just be confident and to believe in yourself and it’s a very similar environment here.”

Though her work ethic, positive attitude and dedication to the sport has brought Elmira College and the Soaring Eagles’ women their best team showings to date, don’t expect any let-up from Preisch as she prepares for her senior season in 2020.